These amazing pictures taken on the shooting stages of the famous movies will once and for all change the way you see those films. 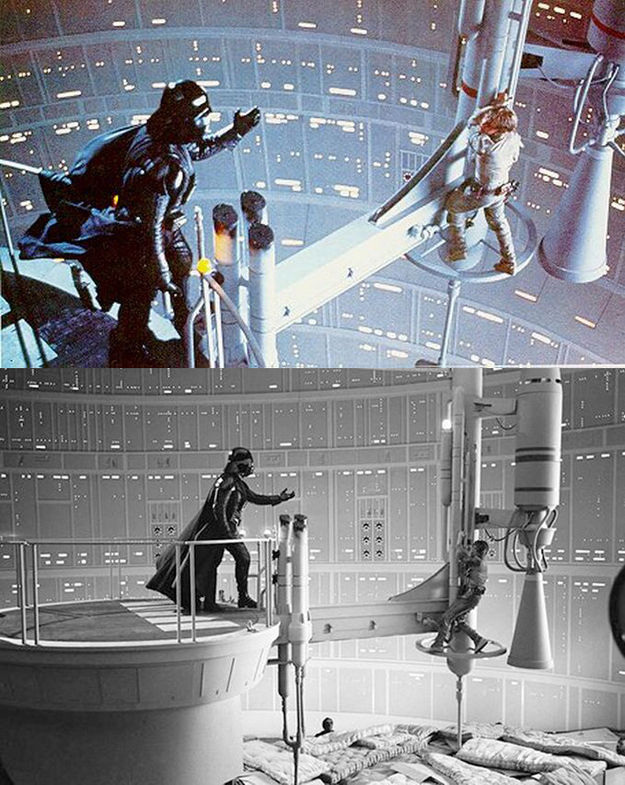 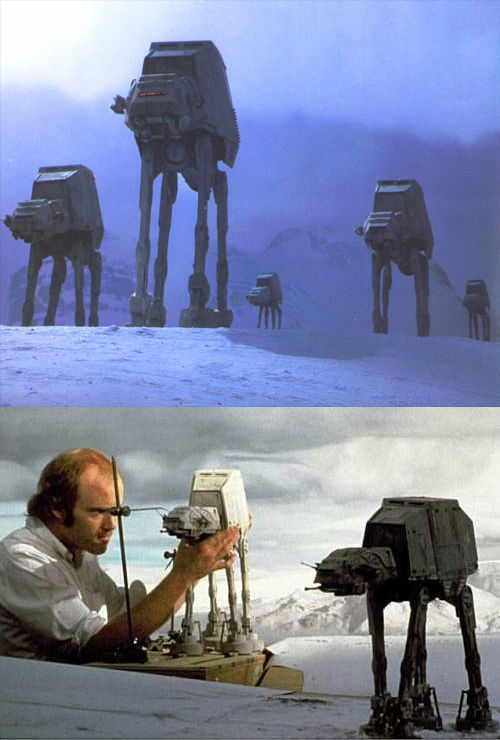 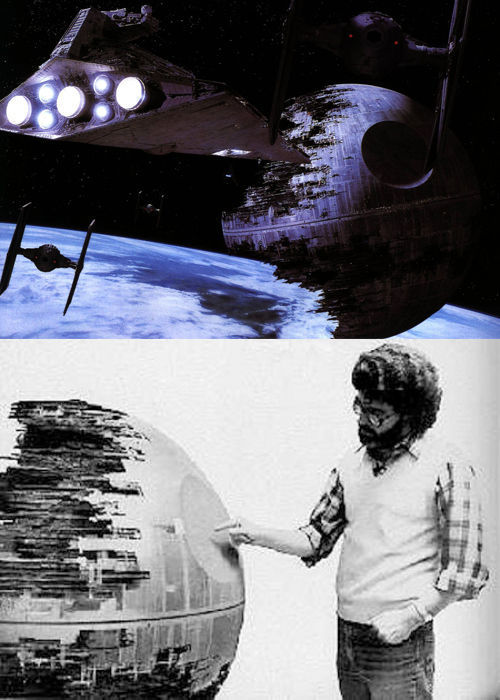 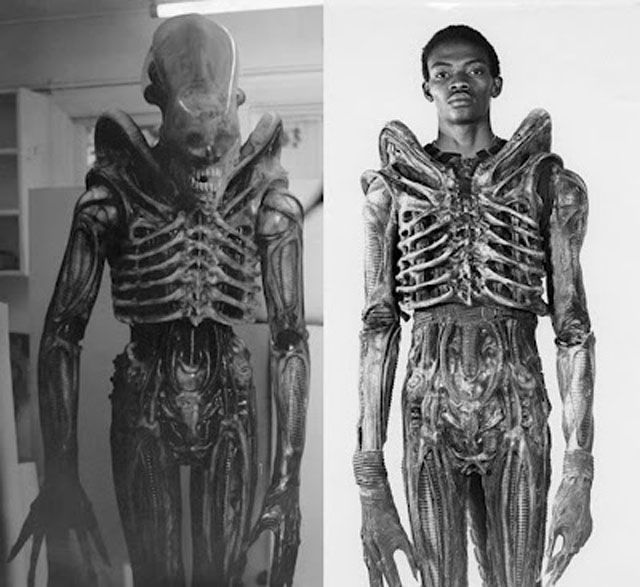 Meet Bolaji Badejo, the man inside the suit of the original 1979 Alien. According to IMDB's trivia section, he stands at 7' 2", and was not originally an actor, but a design student who was discovered at a bar. Ridley Scott wanted someone unusually tall so as to make the suspension of disbelief more natural, and Badejo fit the bill. 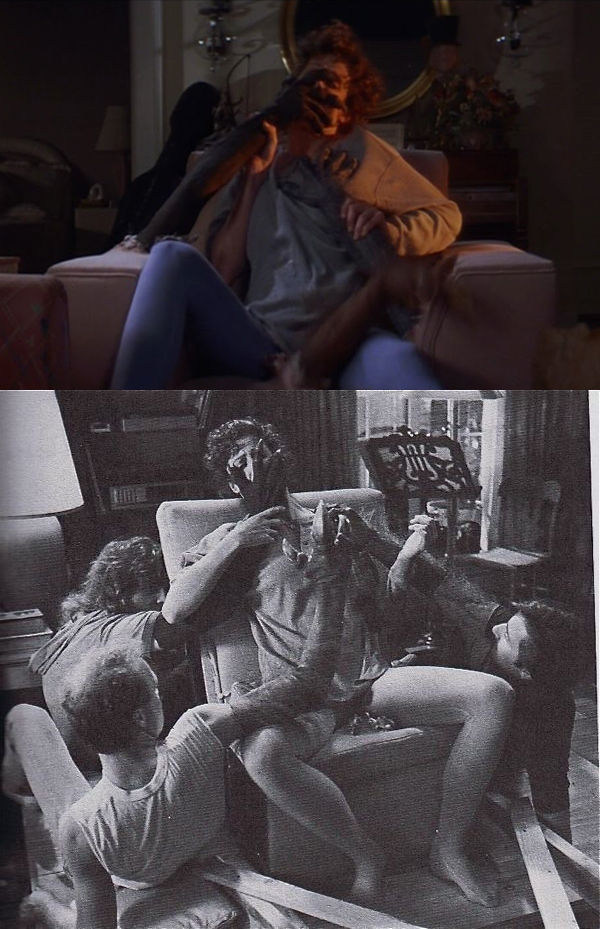 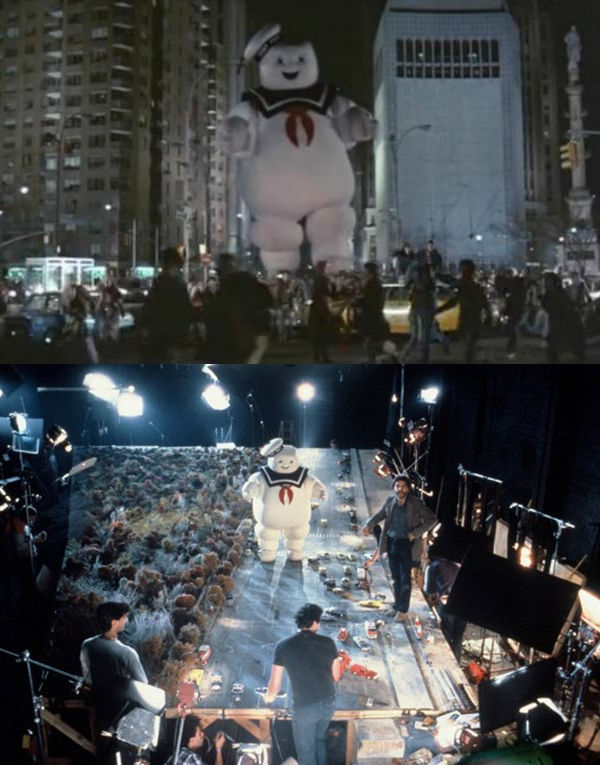 Here, Stay Puft marches down the street in his man-sized, latex suit. It was apparently composed of two layers, with the outside bit flammable, and the inside bit fireproof.

Indiana Jones and the Raiders of the Lost Ark 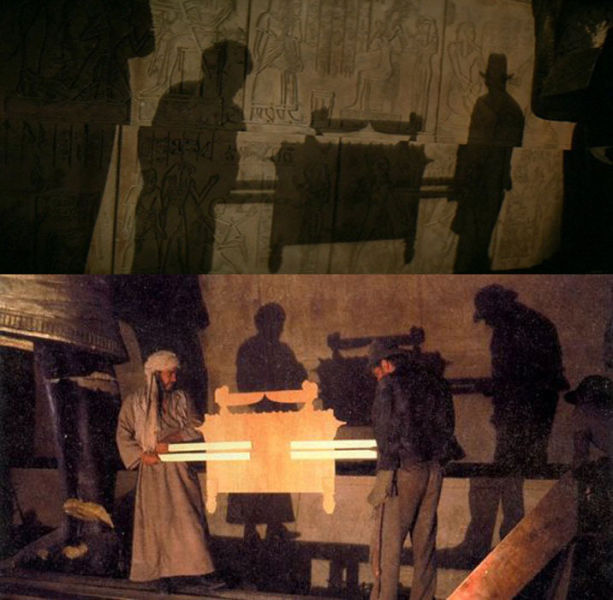 Harrison Ford and John Rhys-Davies carry the ark at what is probably the lightest it has ever been. There's something incredibly charming about knowing such a classic movie magic technique was used on this film. 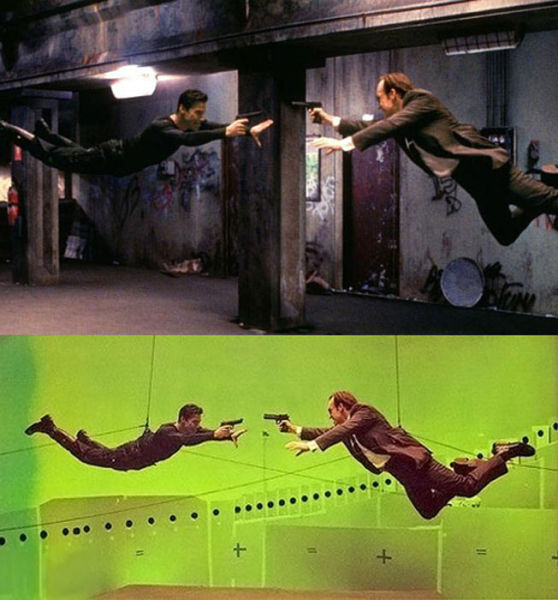 See all those black circles spiraling around the green screen? Those are cameras, and the 'bullet time' effects in The Matrix were achieved by all of those firing at nearly the same time during key shots. 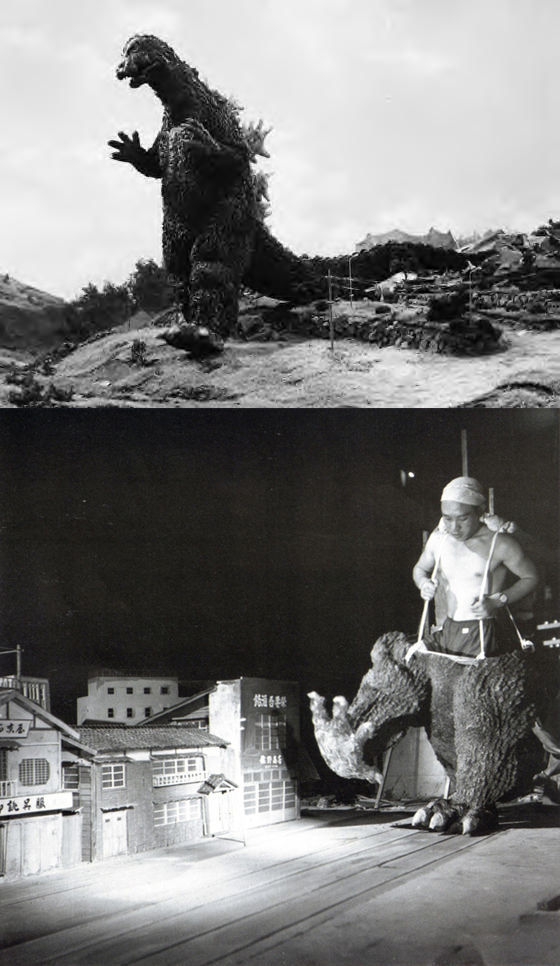 We all know that the original Godzilla movies were a bunch of folks in rubber costumes, but somehow that doesn't make this photo any less incredible. 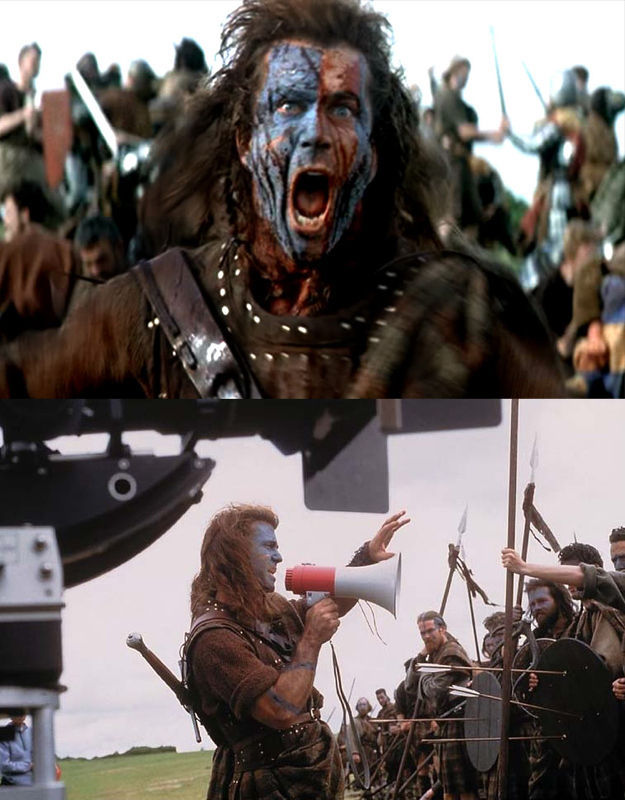 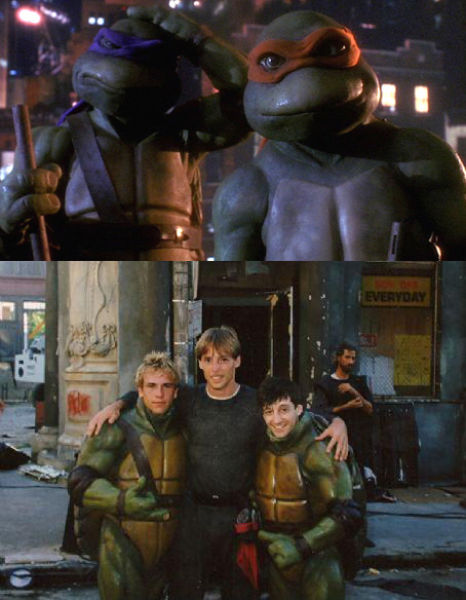 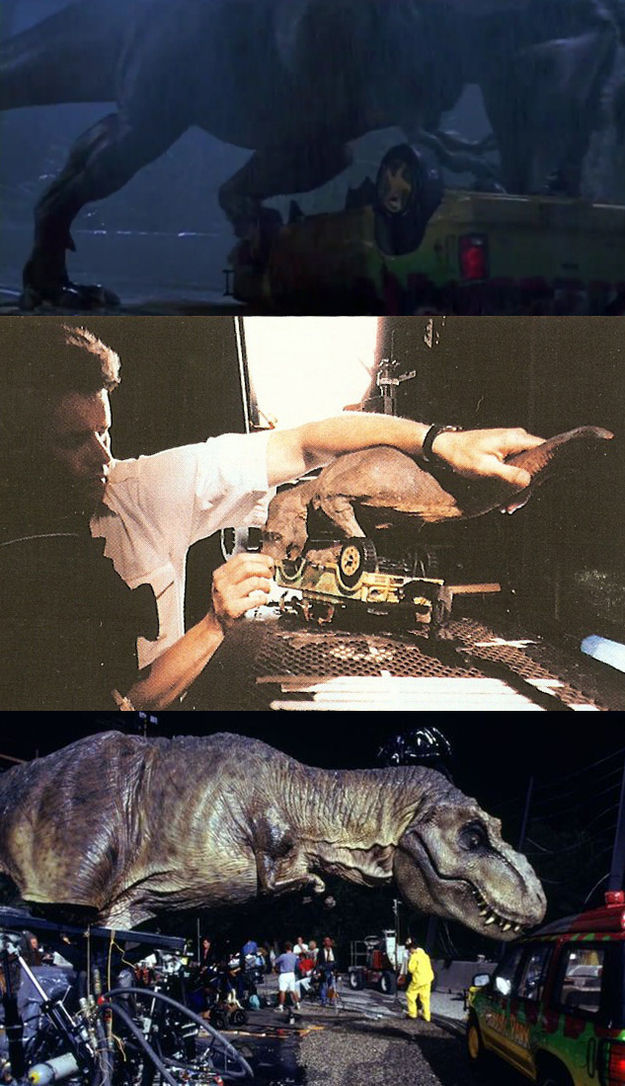 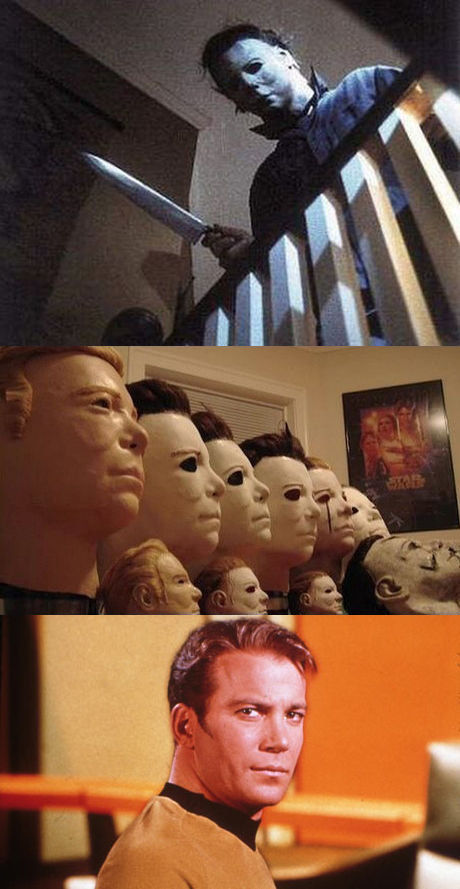 The white mask that Michael Myers wears in the Halloween franchise? It was in fact a William Shatner Mask spray painted white. Apparently it was the cheapest mask they could find at the costume store, and it didn't take much to make it one of the most iconic and terrifying masks of all time.

The Lord of the Rings 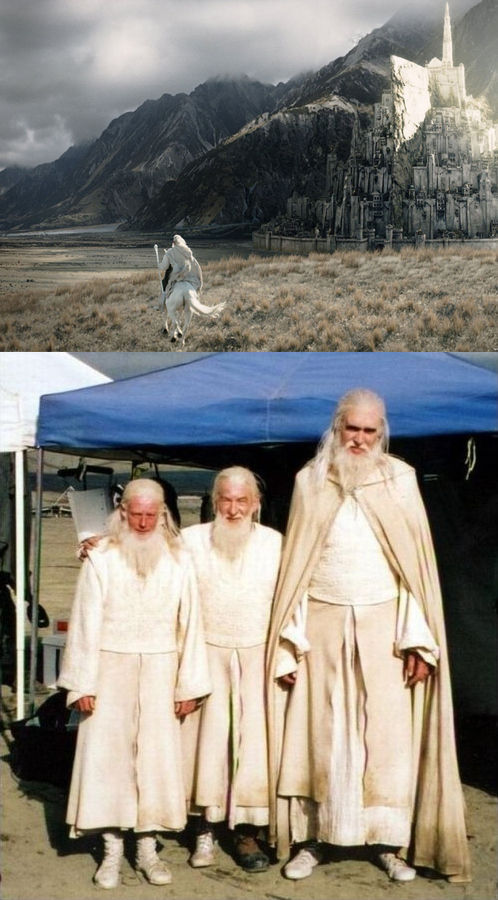 Here, Sir Ian McKellen stands with his two rather motley stunt doubles. It seems that Ian McKellen is not much of a horse person, and therefore every shot in the films with Gandalf riding a horse is actually a stunt double - presumably, one of these guys. 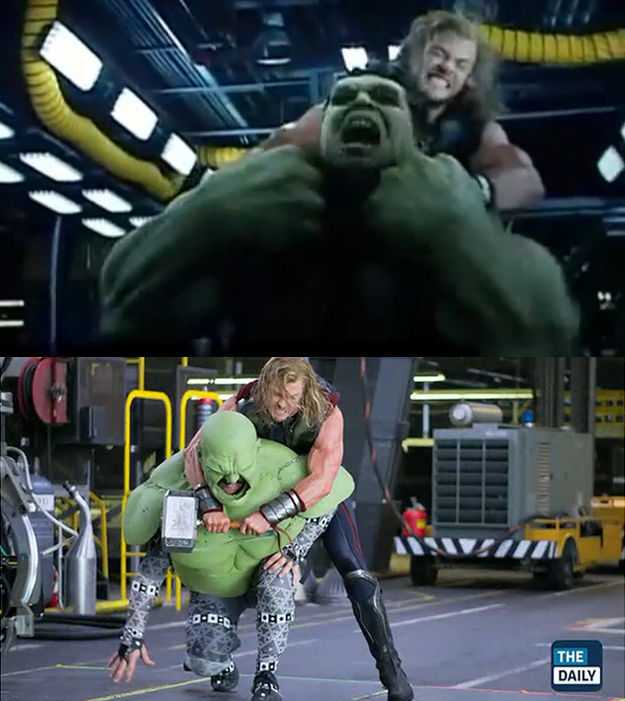 This shot surfaced recently in an effects featurette for The Daily. As films become more tech reliant, it's rather boggling to see just how much they change from what is shot, to their final, theatrical release. 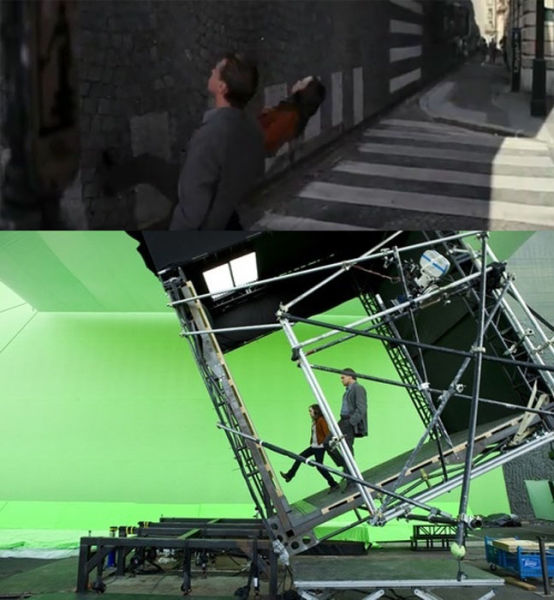 Avatar is one of those films that's impressive as hell to watch, but you can tell it's about 90% CG. Here, Zoë Saldaña snarls at the camera in her motion capture equipment. 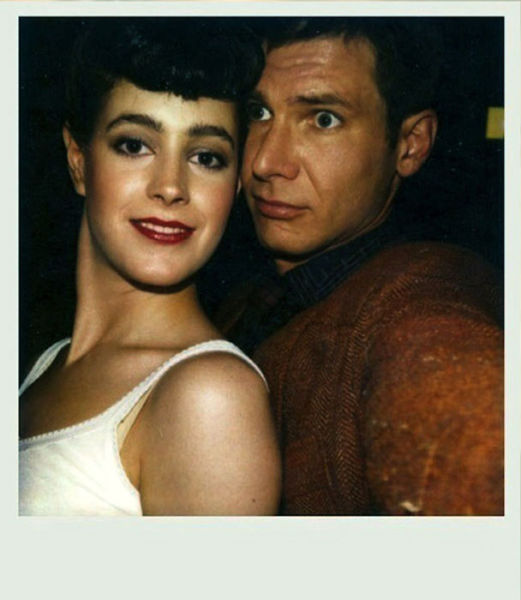 Here, Harrison Ford poses with costar Sean Young, taken with a polaroid on the set of Blade Runner. 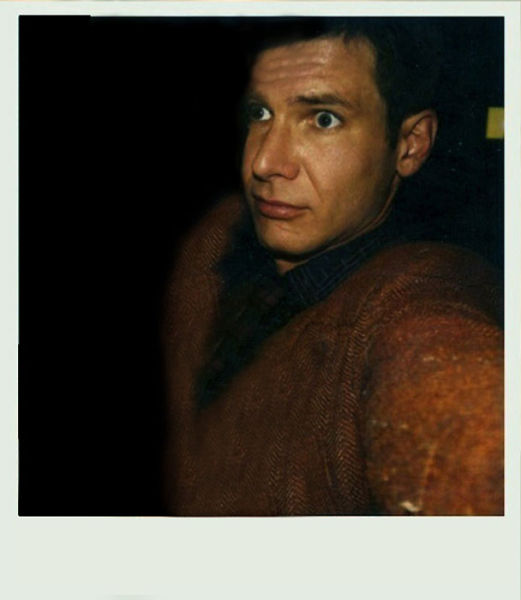 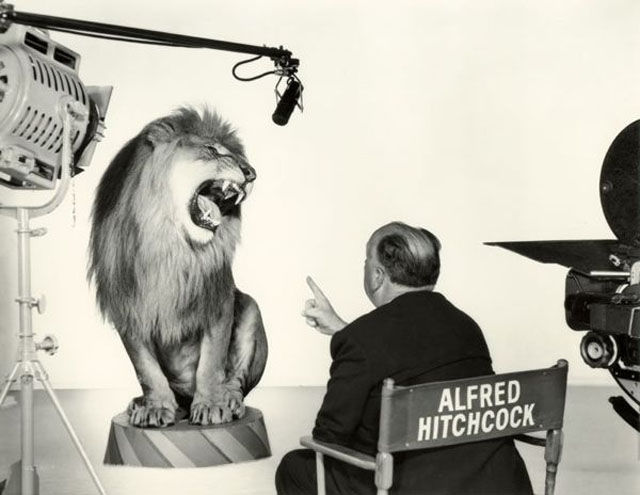 Alright, so this one's not actually for a specific film, and although I cannot find any specific information on it, it was likely for a magazine or some similar photo shoot.

Still, imagining that Alfred Hitchcock directed one of the MGM Lion logos?

playmo 9 year s ago
#21 For the story, the lion attacked his trainer the day after that scene.
Reply
0

Occasion 9 year s ago
and the trainer died
Reply
0