US Cities with the Most Attractive Girls 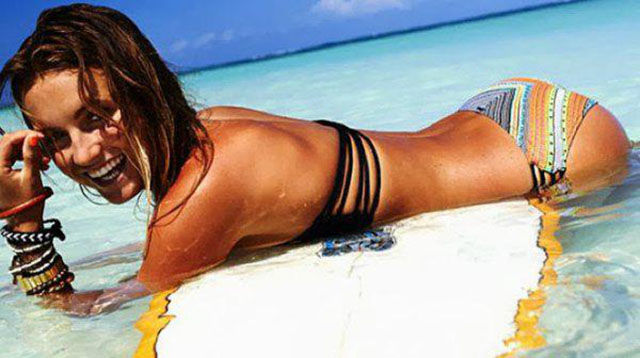 On the less touristy island of Kauai, local Hawaiian women and vacationers alike are very easy on the eyes. In fact, you’ll find more local women who aren’t paid to pretend to be traditional hula girls and they’re better looking than the ones you’ll find doing their fake routines at the airport on the big island. 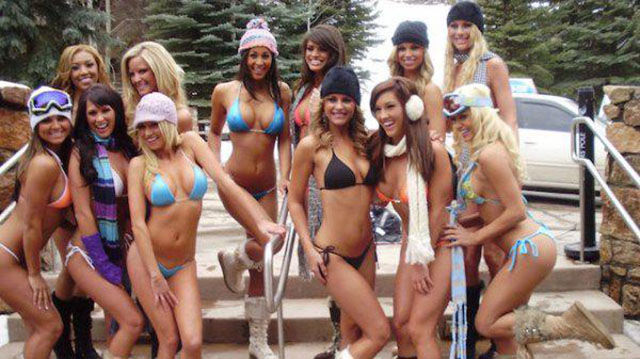 It’s cold a lot of the time in Colorado, which is why the women in Aspen don’t get a lot of publicity, but they are some of the hottest in the nation nonetheless. Visit Aspen in the spring/summer and you’ll see what we mean. 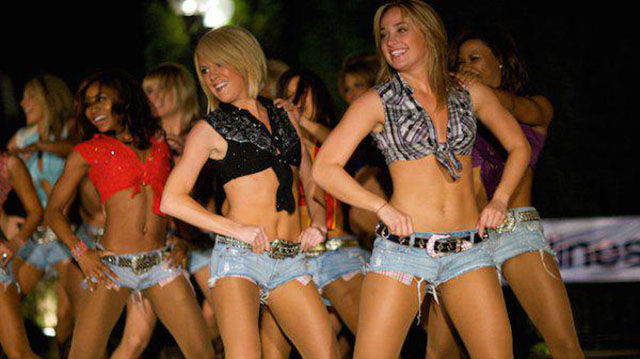 Down south you’ll find the sexy southern girls that all the northerners dream about, but have never really seen. The home of Ole Miss boasts a lot of attractive local women to go along with the college girls, who are ranked by some as the hottest in the country. 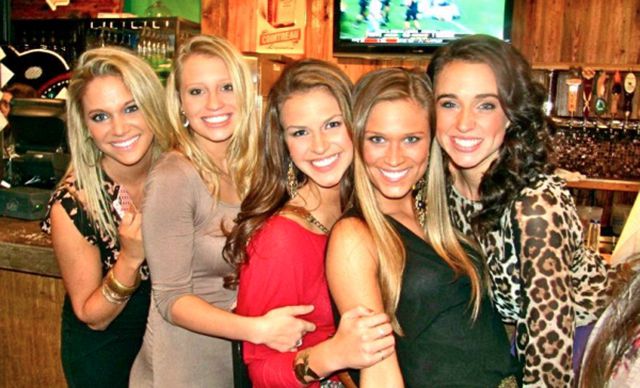 The term Southern Belle is taken to a new level in this popular Georgia city, and we’re not just talking about the hospitality of the gals down there. Put simply, they know how to grow them in Georgia, if you know what we mean. 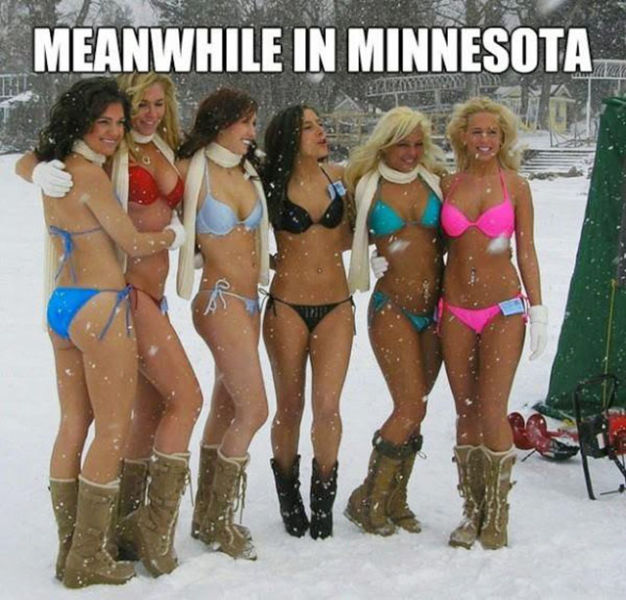 You might be surprised to see a suburb of Minneapolis here, but the women south of the Twin Cities are underrated in the hotness discussion. Sure, they can’t flaunt bikinis all the time because it’s cold but that doesn’t mean what’s underneath isn’t smokin’ hot. 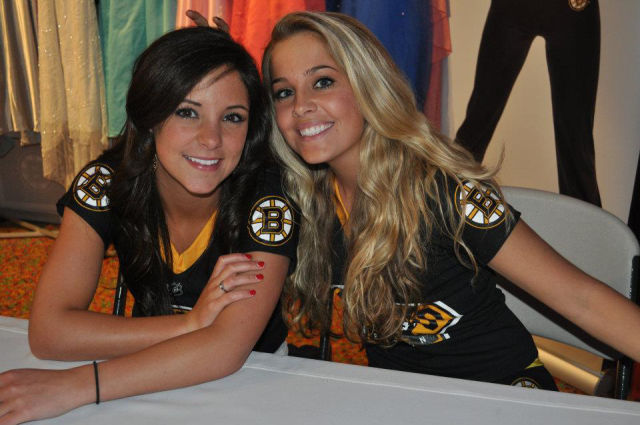 Cambridge, Massachusetts
(They might not technically live in Cambridge, but you get the picture)

Just outside of Boston you’ll find all the really hot girls that everyone talks about in Beantown. Sure, you’ll see some downtown but they’re either paid to be there or they’re visiting. The local women in the area are some of the most naturally beautiful in the country. 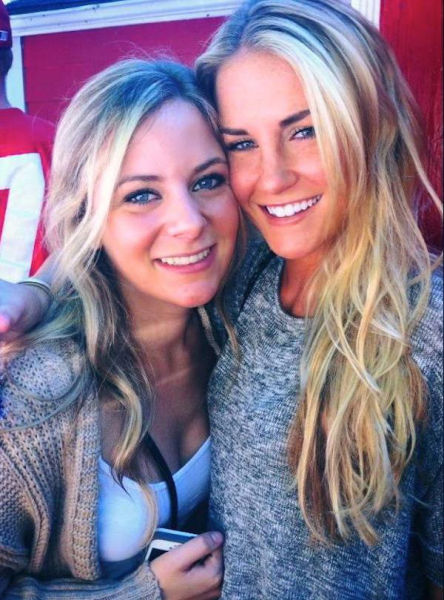 Near the area of South Beach, Miami is Coral Gables, a relatively secluded hot spot for some of the finest babes on the planet. Keep in mind this is a place known for upper-class women so don’t ask one of them to go on a fast food date. 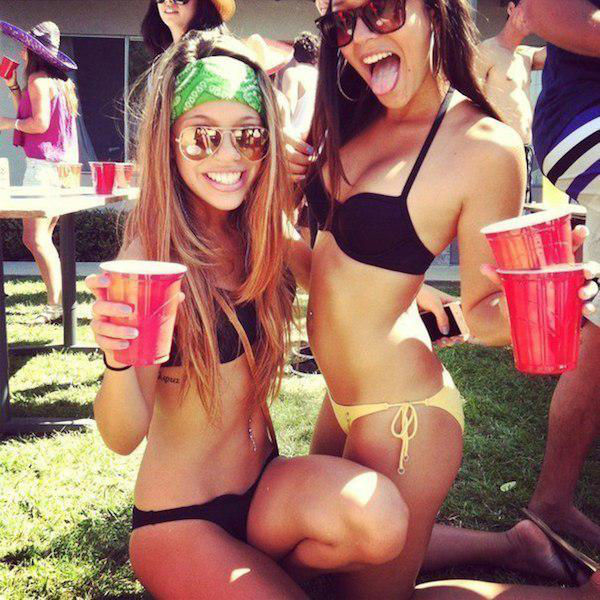 Probably one of the most underrated areas for hot women in the U.S. is the Carolinas. Specifically, Myrtle Beach in South Carolina is a hot spot for the girls of all the colleges in the larger area to go for spring break or just to flaunt their beach bodies when it’s hot outside, which is often. 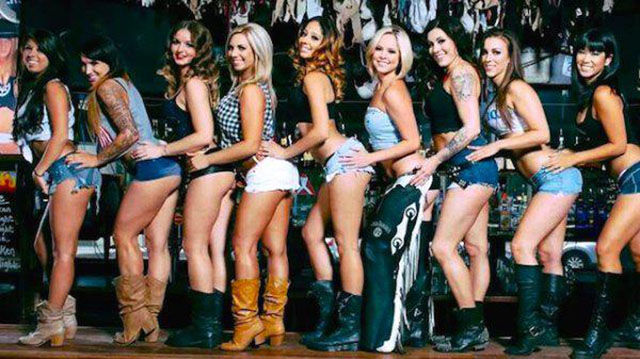 The home of country music is also the home of a lot of attractive country women. Vanderbilt University is also in Nashville, which means you’ve got the hot college girls there to make things even better. But make no mistake: The women born and raised in and around Nashville are some of the best looking in that area of the country. 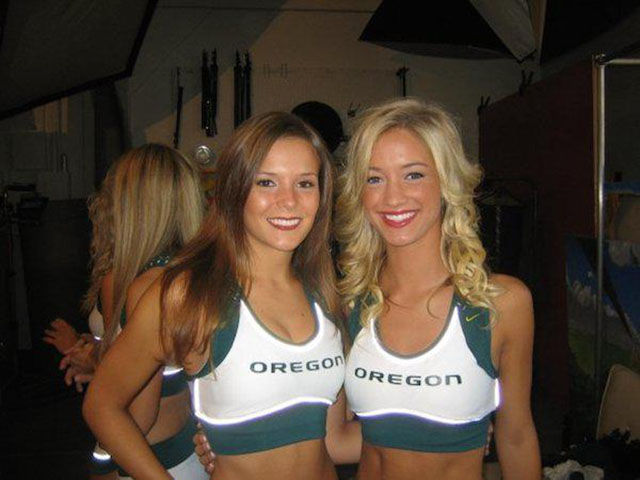 The whole state of Oregon is beautiful and the women there fit that description as well. Specifically, Eugene is known for some of the hottest women in the northwest, and that includes places like San Francisco. Of course, it helps that the University of Oregon is in Eugene so you get all the college girls there, which certainly bumps up the average. 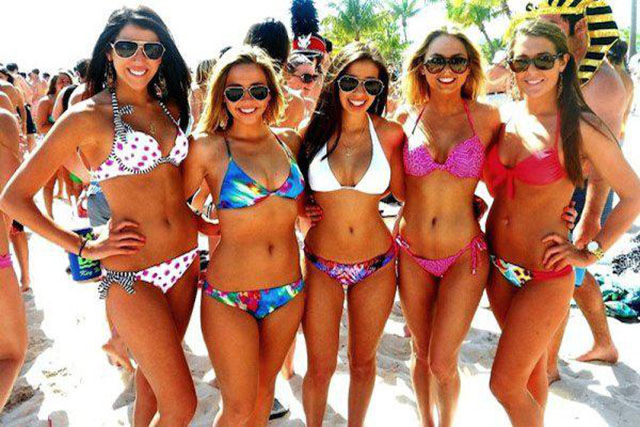 You hear about Los Angeles and San Diego, and they’re both great, but the one place in California you must visit to see hot girls is in South Orange County, just in between the two big cities: Dana Point. Even the famed Laguna Beach doesn’t boast the level of attractiveness seen in Dana Point on a daily basis. 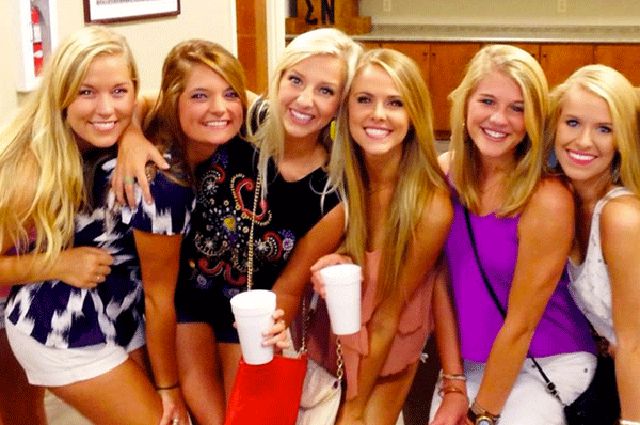 You may have heard of Rhode Island girls, but it’s almost certain you don’t really know about them. The best-kept secret in America is the incredibly good-looking ladies in this tiny state. In this Providence suburb (a college town), you’ll see exactly what all the noise (or lack thereof) is about. 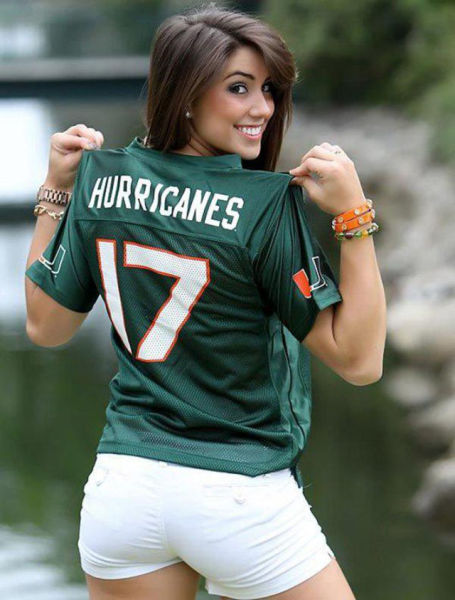 Miami is known for beaches and nightlife -- a better combination for hot women does not exist. Enjoy bikinis by day and dancing by night in Miami. Plus, Miami is a melting pot of cultures -- you're guaranteed to find someone you like. 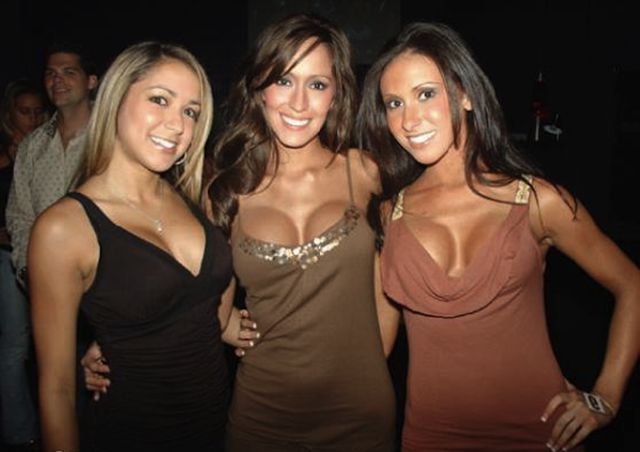 The population is overwhelming, but a good chuck of the women are absolutely gorgeous. Plus, it's New York! These hot women work hard in their careers and party just as hard at night.
15 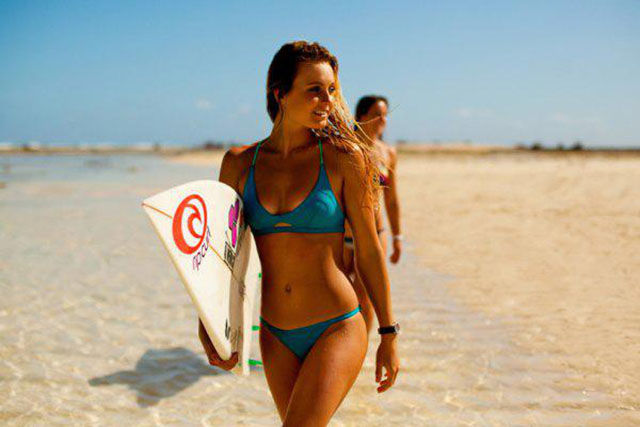 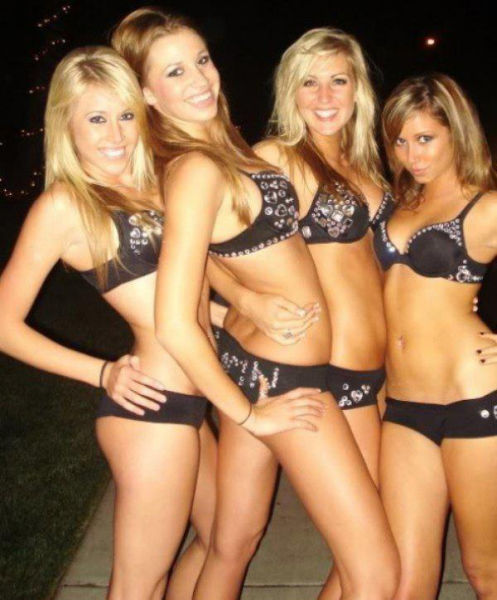 The second great destination for hot women in Colorado is Boulder. Simply put, Boulder is the best town for college women, period. There's nothing hotter than college women, right?
17 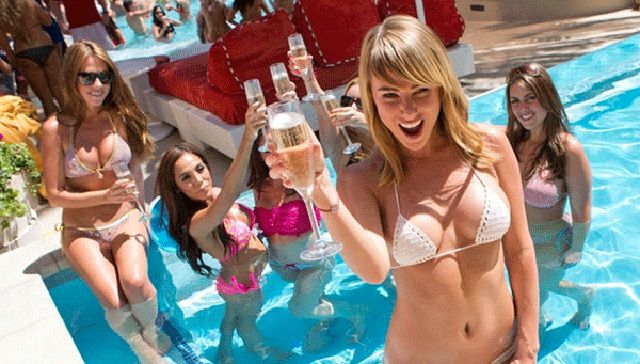 There’s certainly no natural scenery in Vegas that attracts the women but they come from everywhere in the world, which means by default, Sin City is always flocking with good-looking ladies. The man-made beaches at the resorts and hotels are actually some of the best places in the country to find model-esque hot women.
18 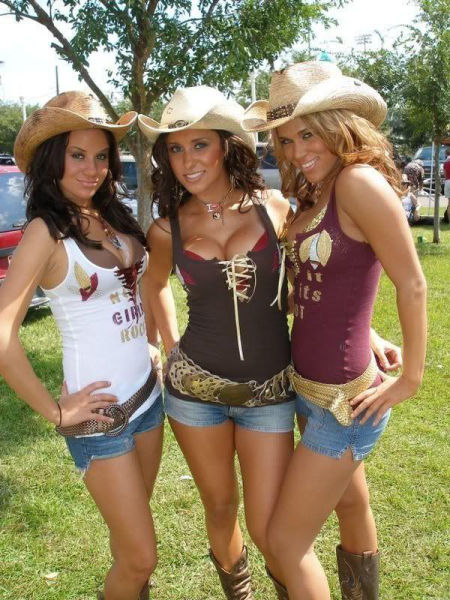 You’ll hear that several places in Texas boast really hot women, and that’s true, but two of the publicized hot spots – Austin and San Antonio – are actually the surrounding areas of the hottest location in the Lone Star State: San Marcos. Nestled right in between Austin and San Antonio, the home of Texas State University has the hottest women in the gigantic state.
19 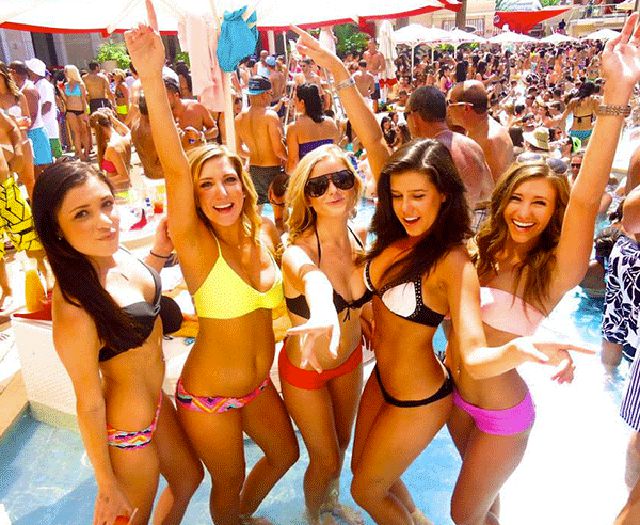 It’s always hot in Arizona and the result is a lot of ladies trying to stay cool. That means the guys are always the winners here, especially considering all the Arizona State college girls nearby.
20 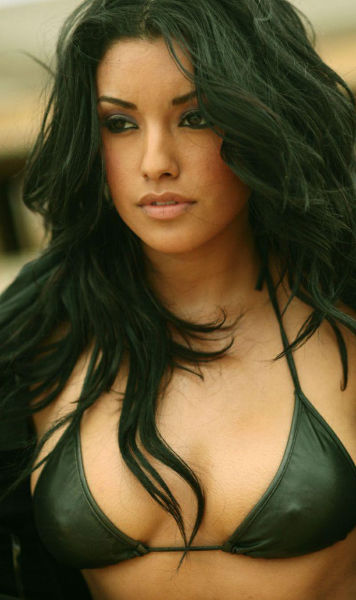 BONUS: San Juan, Puerto Rico This is Zuleyka Rivera, she deserves to be on the list too.

ArxFerrum 7 year s ago
#4 - Savannah is my stoner stomping ground... the chics there are still to drool for in the summer, especially out on Tybee Island!
Reply
How to comment
NO FUCKING RULES!!!