Stephanie Kelsen — known as "Vapor" to her fellow fighter pilots — flies an F-16 for the Air National Guard. 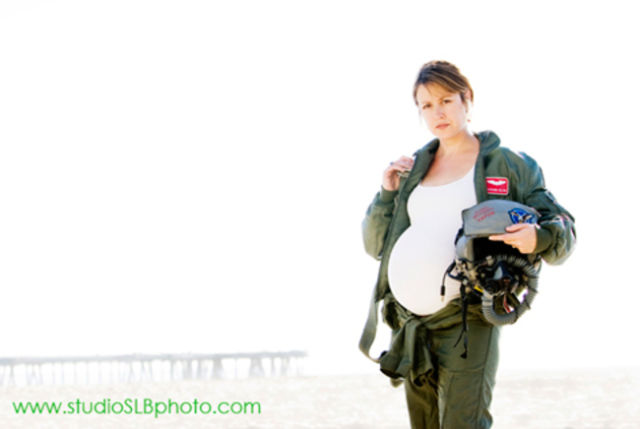 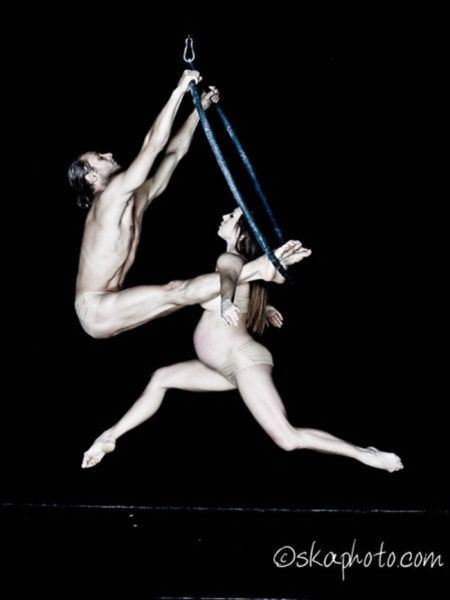 Olympic track star Alysia Montano, ran the 800 meters in the U.S. track and field championships while being eight months pregnant. 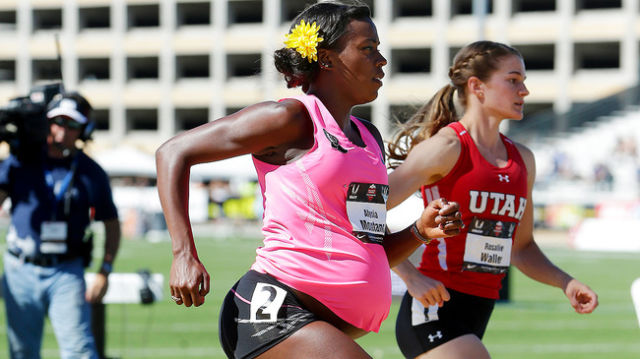 Ballerina Mary Helen Bowers is graceful as a swan despite being well into her third trimester. 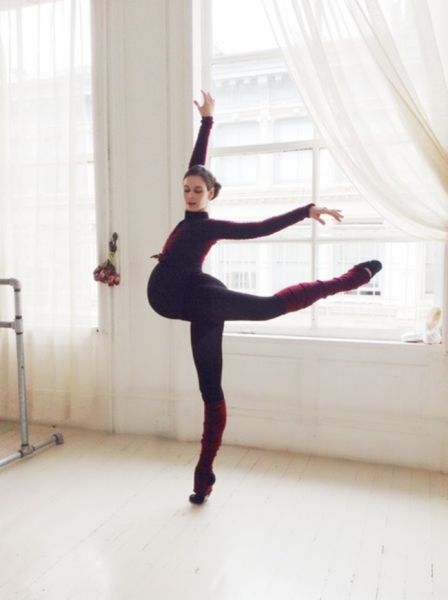 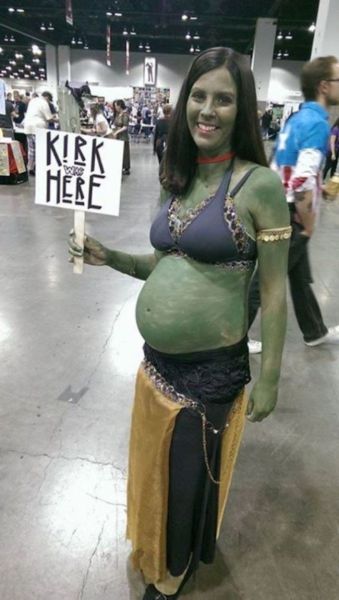 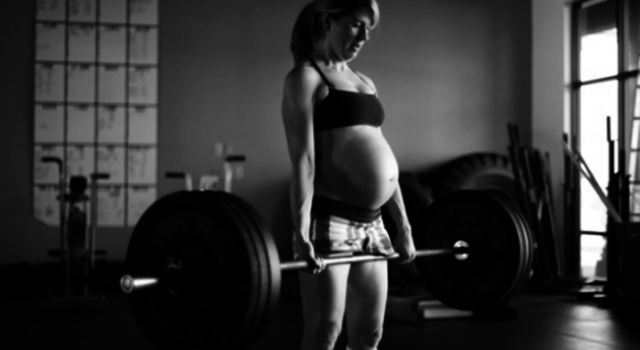 ...Doing more pull-ups than you WHILE PREGNANT. 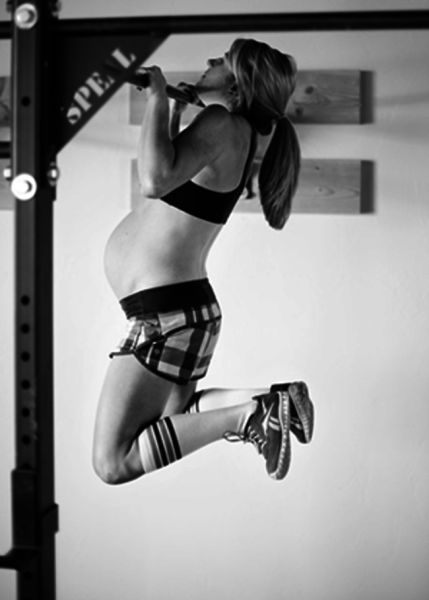 She has another person inside her. And she's JUMPING ROPE. 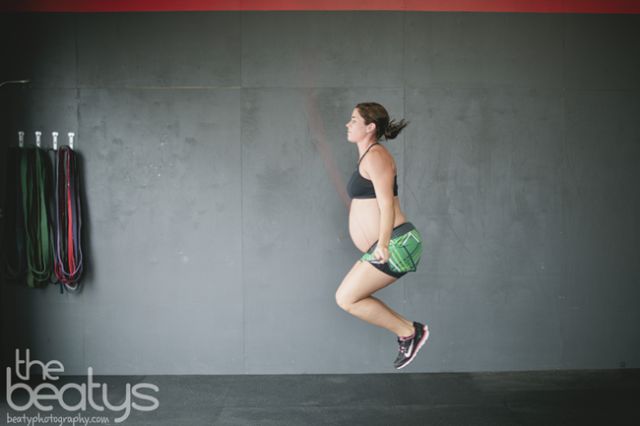 Kung Fu champion Leda Elliott practicing her art — the day before her due date. 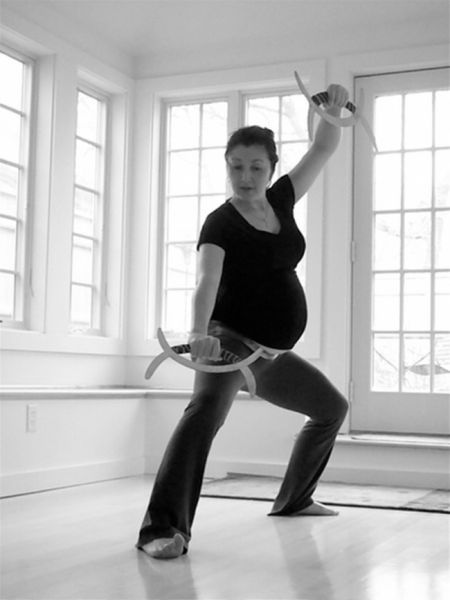 Something tells me these two are gonna be kick ass parents. 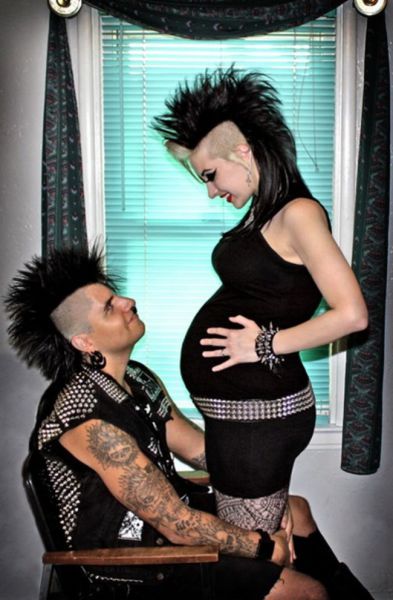 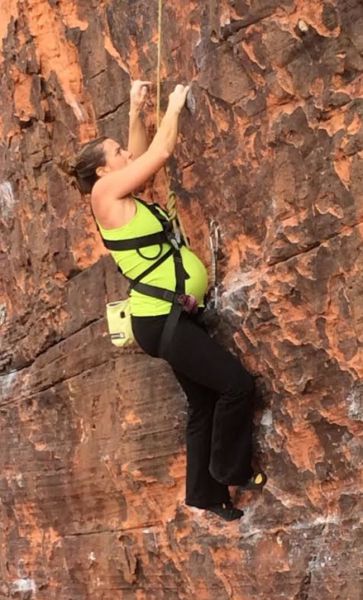 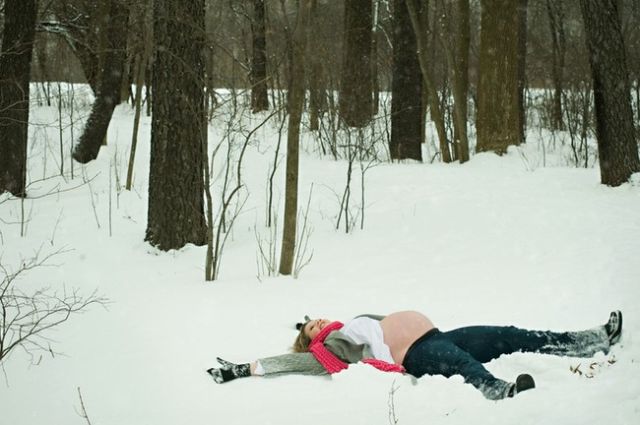 Mothers can still be symbols of feminism and economic power. Just ask Rosie. 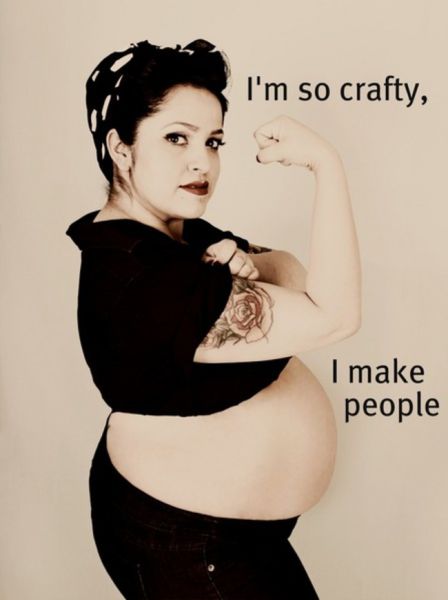 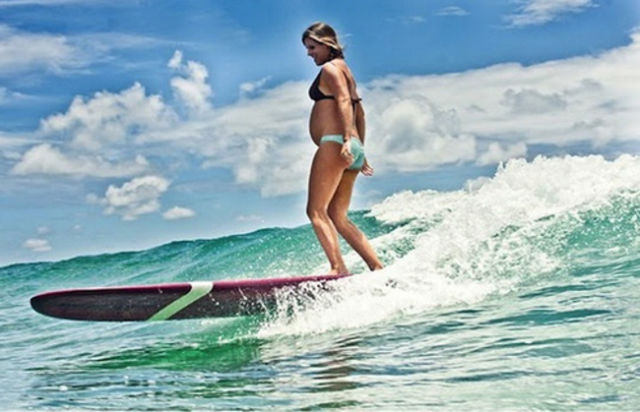 ...even when she was 6 months pregnant with her third daughter. 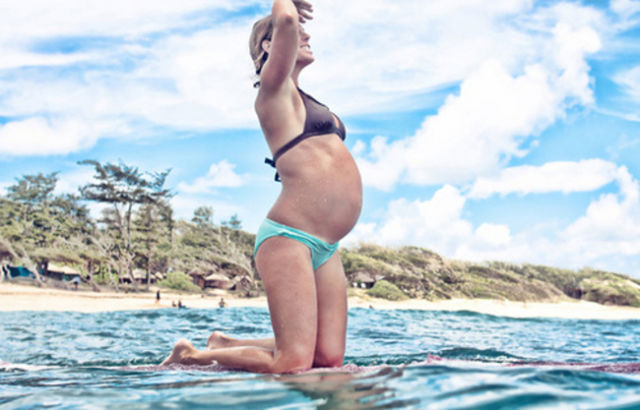 This Yoga Mama laughs in the face of your downward dog. 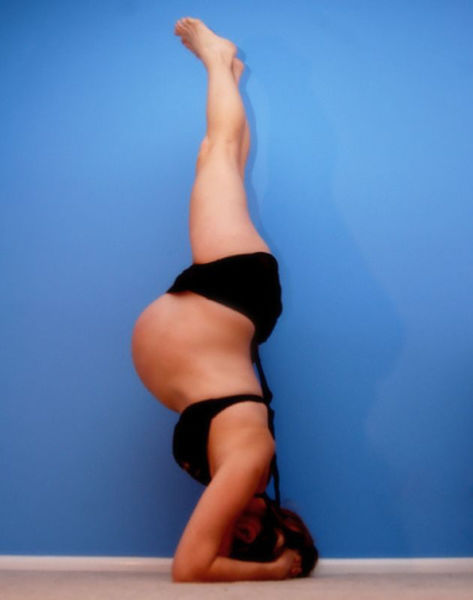 This pregnant police woman is protecting YOU from bad guys 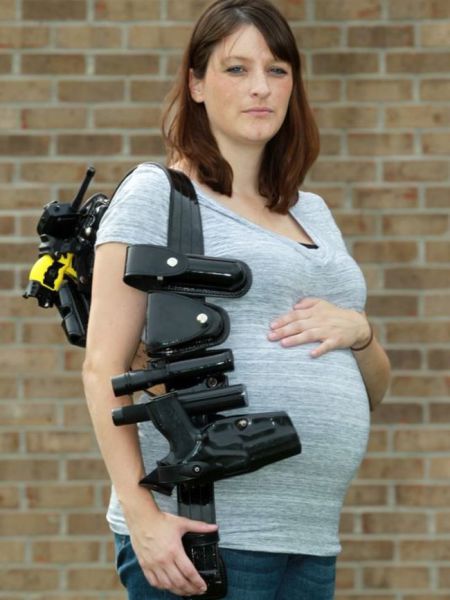 Not even a growing belly can keep this Ski Mama away from the sweet pow-pow. 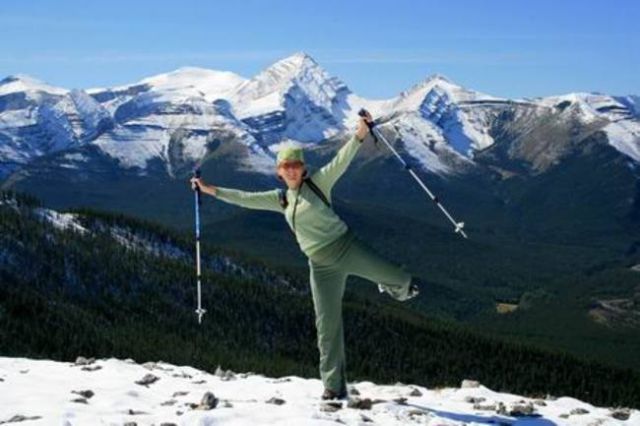