Sisters Realized They Were Loaded Thanks To Instagram (30 pics)

Sisters Lana and Stephy Scolaro claim that they learned about their comfortable financial situation thanks to social networks. Watching their life and comparing it with the lives of other young people made them realize that not all kids are used to a lavish lifestyle, can hire their own chef, or take their private jet and go on vacation...

Lana, 21, was the stand-out star of last year’s documentary Rich Kids of Instagram, which saw her flitting from one golden sandy beach to another, taking in super yachts, flashy cars and gallons of champagne in the process. Her 23-year-old sister Stephy was briefly featured in the show, too. 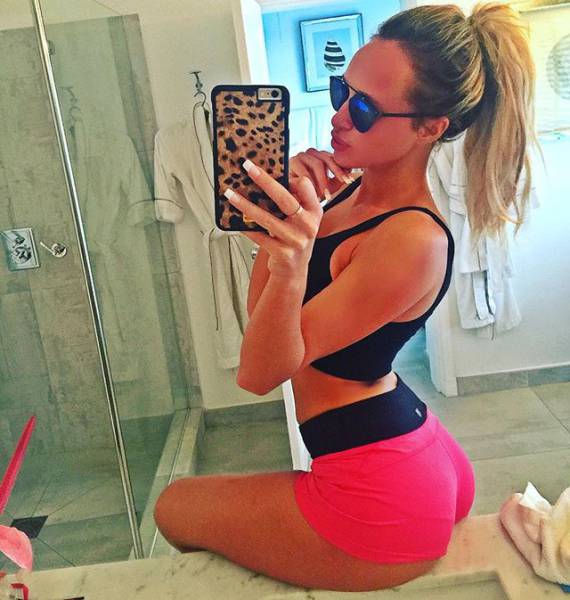 Their lavish lifestyles have won them hordes of social media fans, but it wasn’t until they reached their teens that they realized their lives were unusual.

“I think the first time I was really aware that we were rich was in my early teens,” Stephy explained. 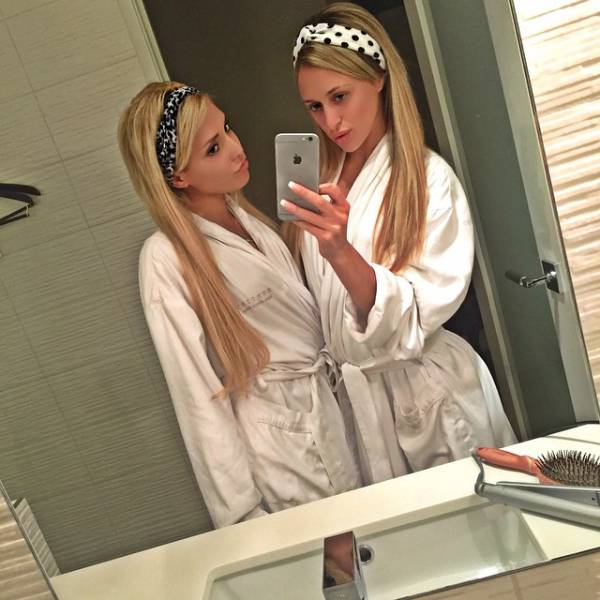 “We were taking a private jet to Monaco and eating sushi from Nobu and something told me that regular kids didn’t do that.” 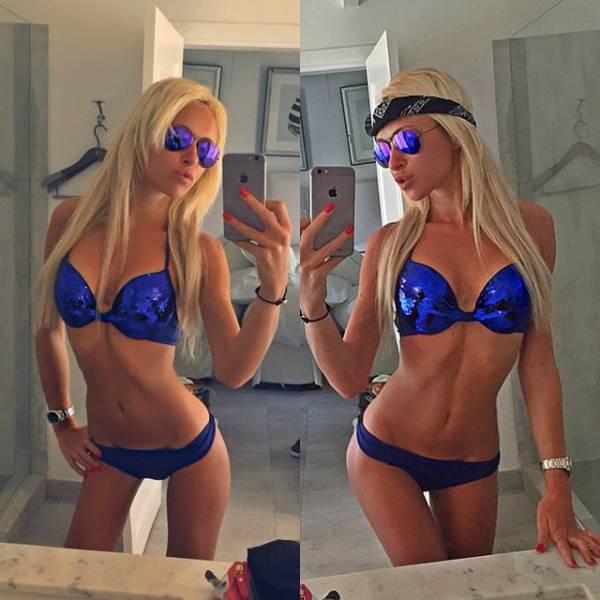 Lana added: “I know it sounds a bit extravagant, but when you’ve got, like, 20 suitcases and two dogs and there are five of you including the chef, it works out cheaper per person than a scheduled flight, right?” 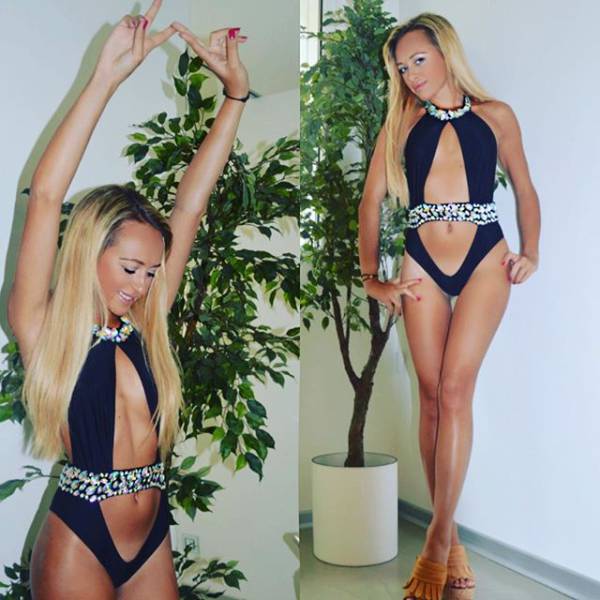 The sisters’ father made his multi-million-pound fortune in mining, with Lana estimating she spends around £15,000 a month on herself on the documentary. 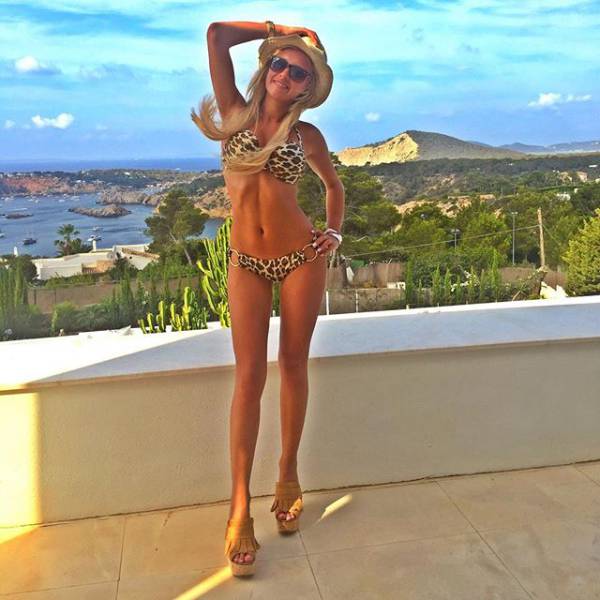 “Ordinary” people, she suggested, probably lavish between £3,000 and £5,000 on themselves monthly. 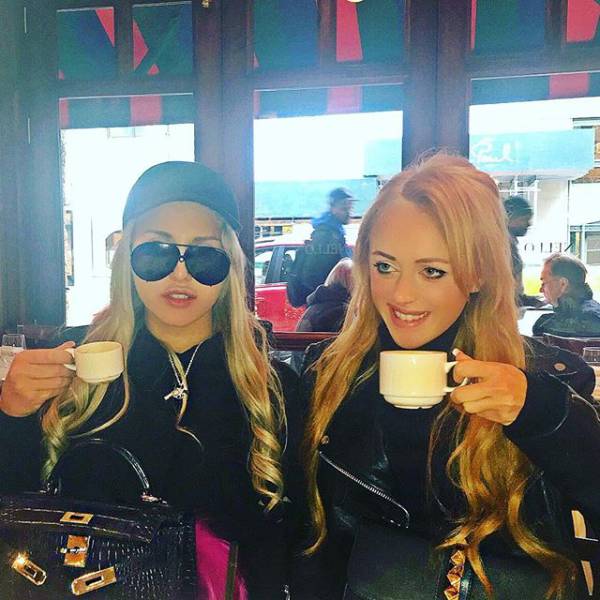 “You know that thing I said on film, about spending £15,000 a month on bags and shoes and clothes? That isn’t true,” 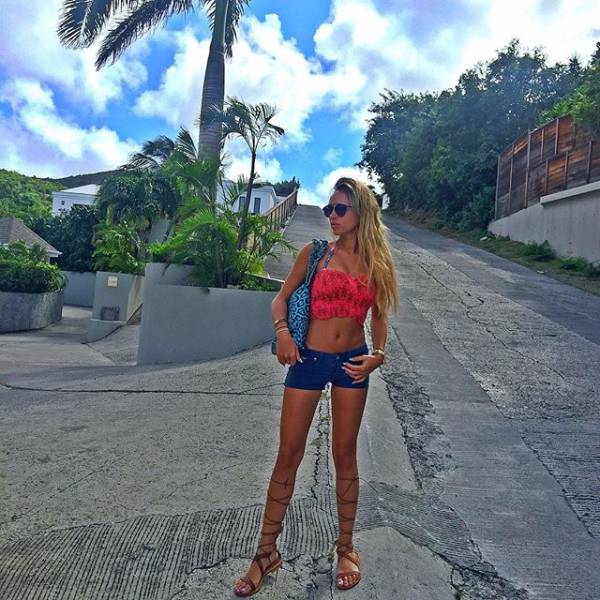 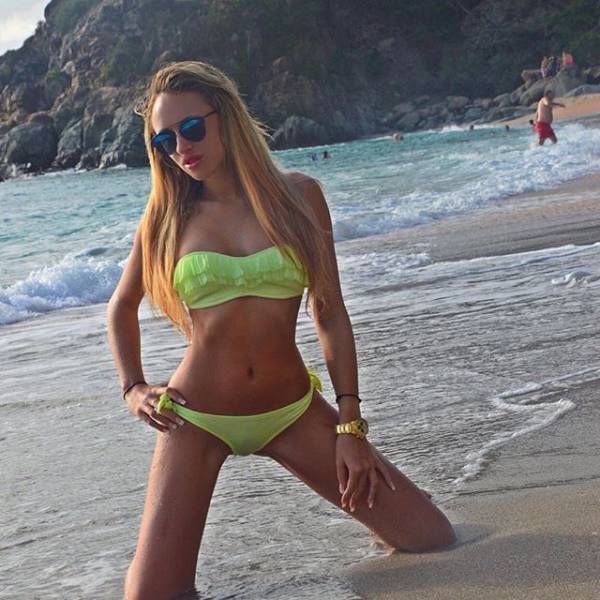 “I felt like I’d been manipulated into saying it. I mean, when my dad’s in town, sure, he takes us shopping and buys us whatever we want, but not normally. 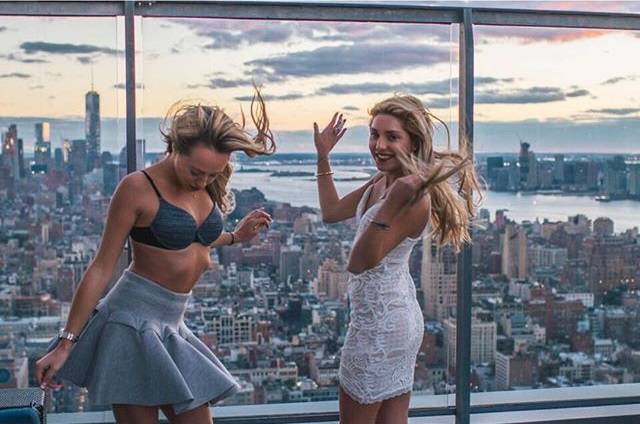 “My dad is self-made and works really hard, so I’d hate him to think I was just living off him. I do regret taking part in the program.” 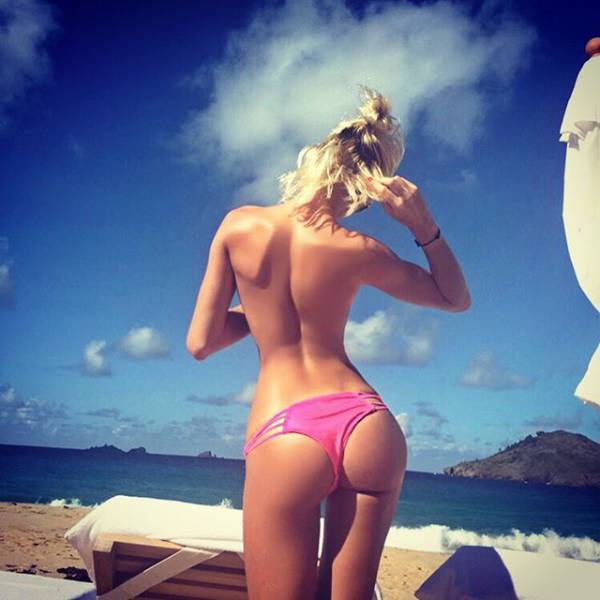 Stephy believes she’s suffered “prejudice” because of her name. She’s tried to get work in real estate, but thinks the company she approached likely Googled her and then didn’t ask her to interview. 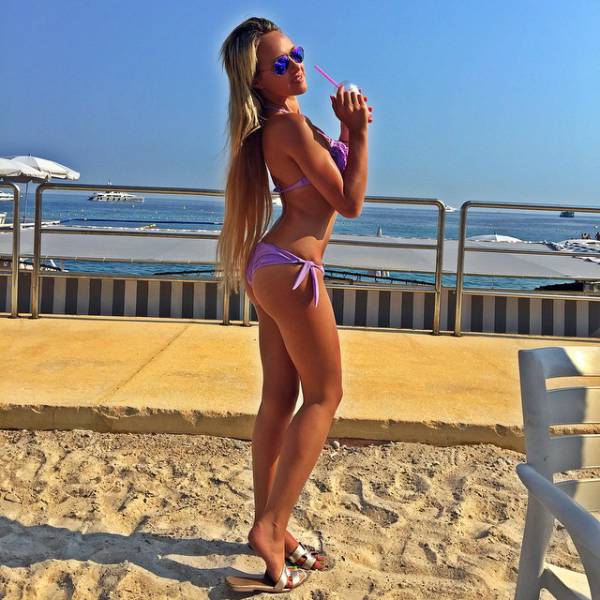 The girls now have new career plans, with Lana creating a jewelry line and Stephy planning a new range of caviar. 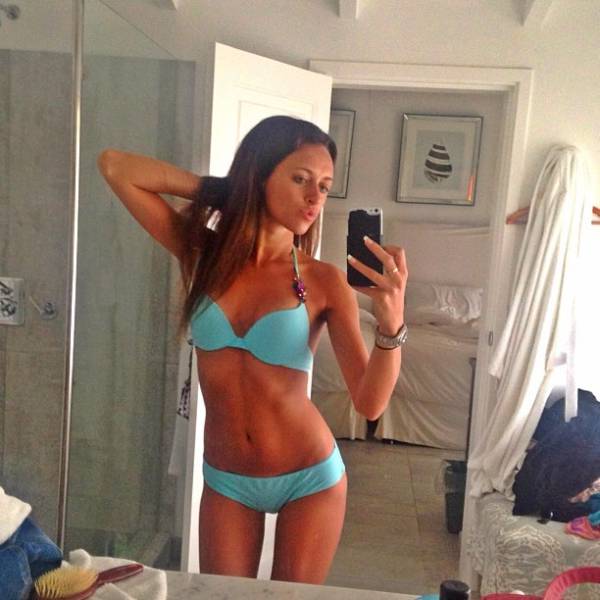 “Our dad hates the Instagram thing. He loves us but we want him to be proud of us, too, because he works so hard and he’s our role model.” 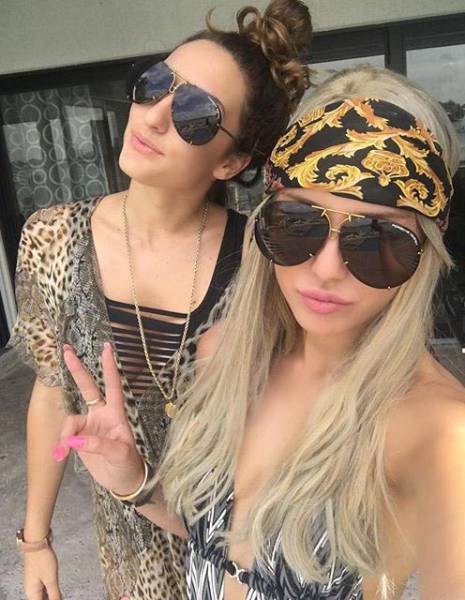 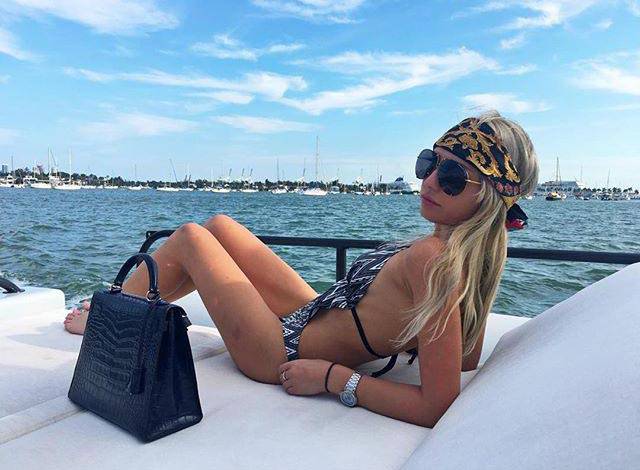 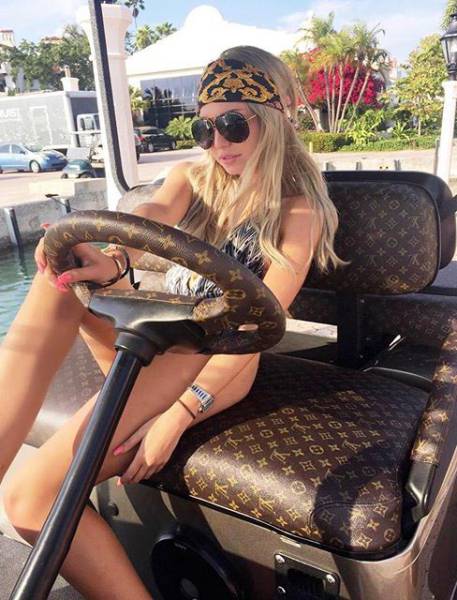 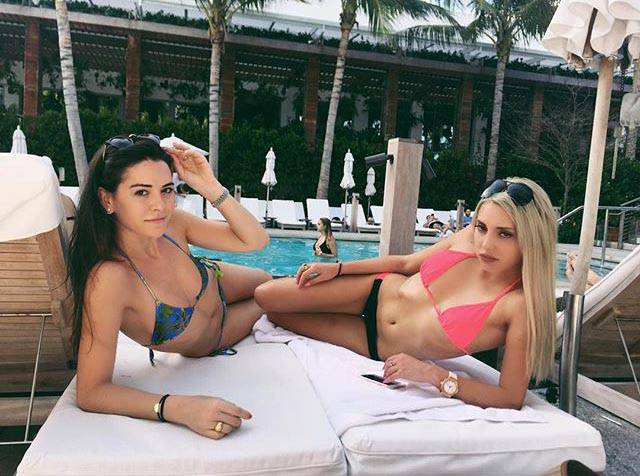 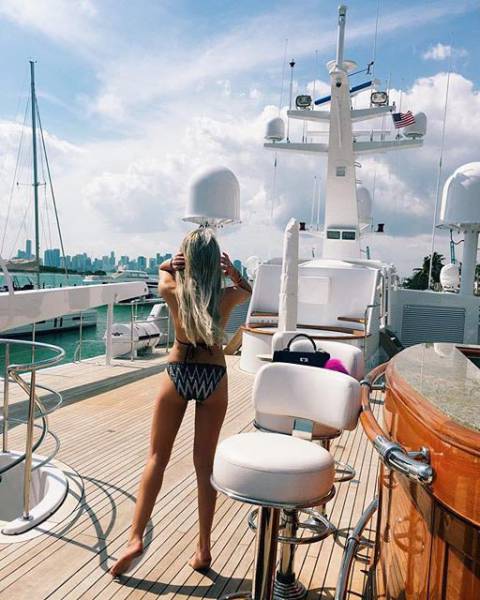 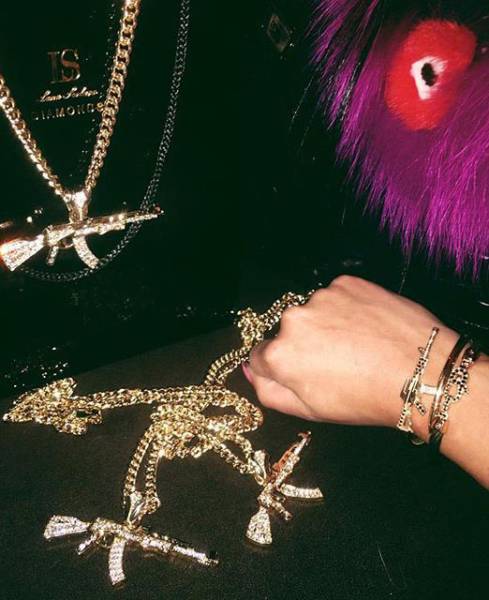 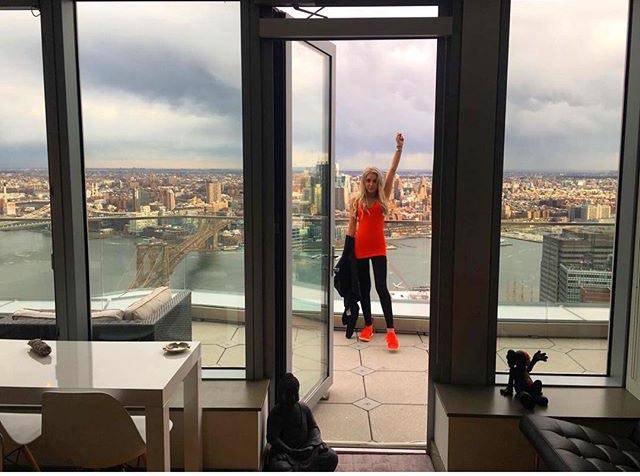 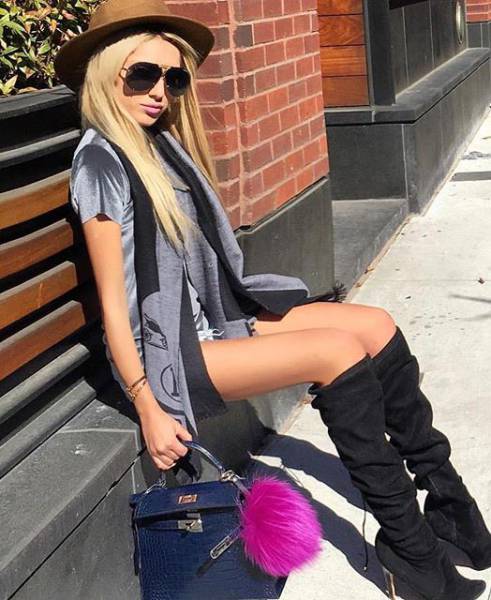 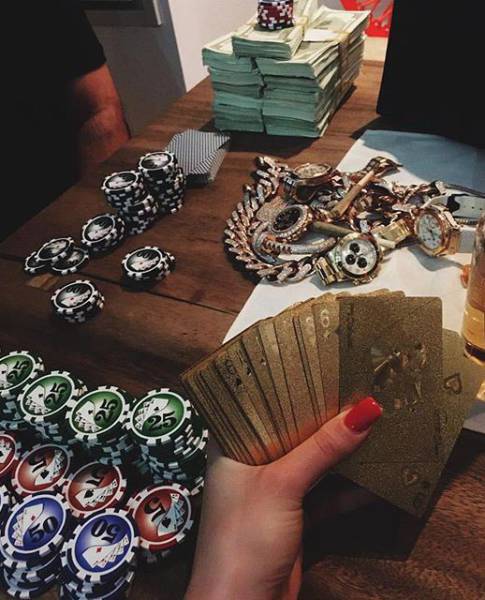 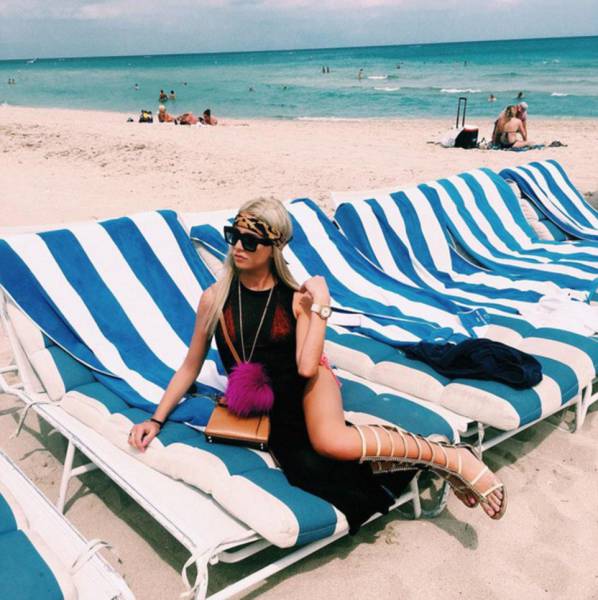 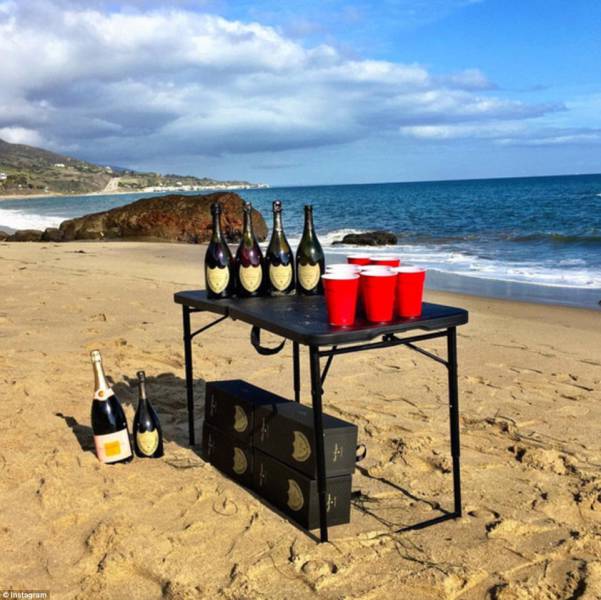 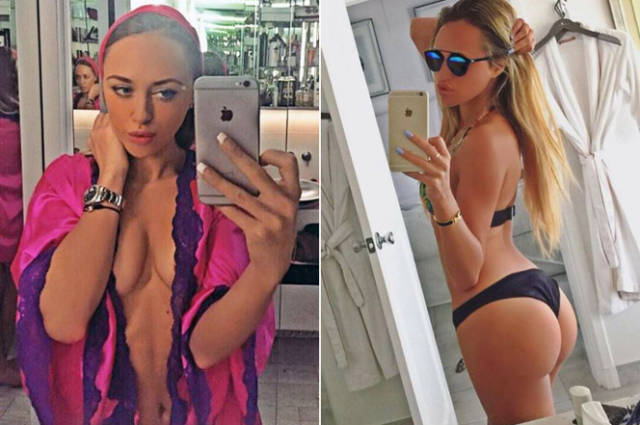