A Homeless Man Entered A Cafe To Beg For Food, Got More Than He Bargained For (6 pics)

A homeless man named Marcus entered Cesia Abigail's cafe two weeks ago begging for some food and change. Abigail looked at him and asked him why he didn't a job, Marcus answered: "Well, I have a lot of felonies and no one wants to hire me for that. So, now I had to turn myself to the streets and get money the only way I know -- stealing and asking for money." 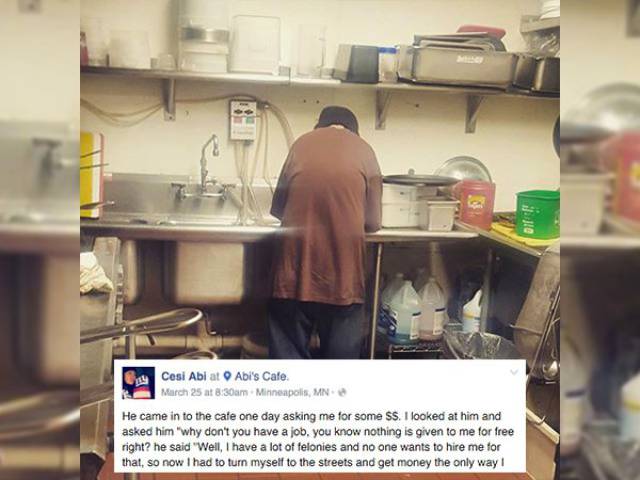 Abigail was short-staffed that day and so she offered him to wash dishes for some food and money. 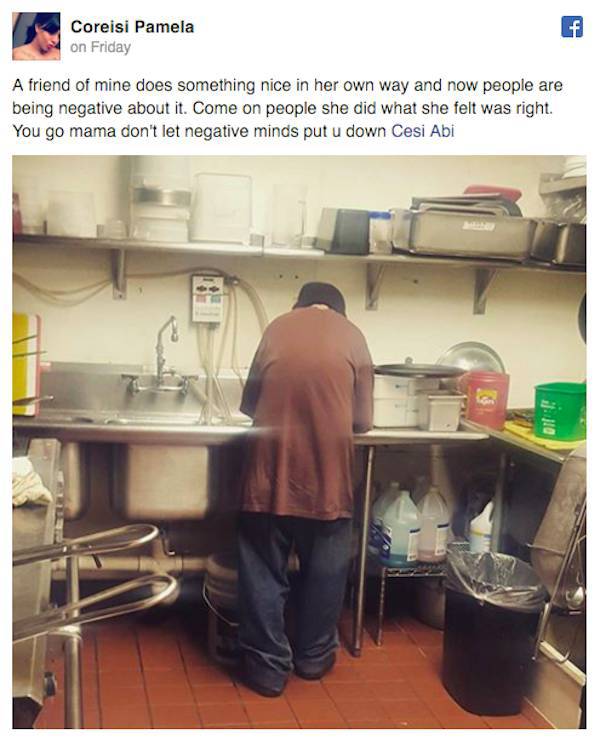 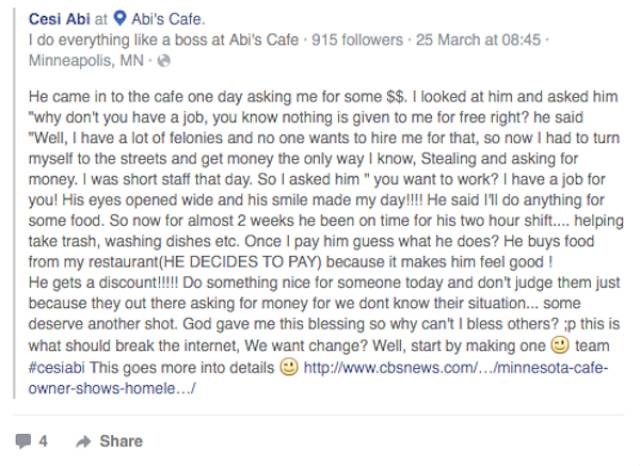 After he started to work, Abigail gave him a sandwich and what Marcus did touched her very much. He took a half of this sandwich, ran out outside and gave it to another homeless woman. Marcus worked for 2 hours and was paid. For the past two weeks he's been on time for his two-hour shift, and he's since been given a permanent position. 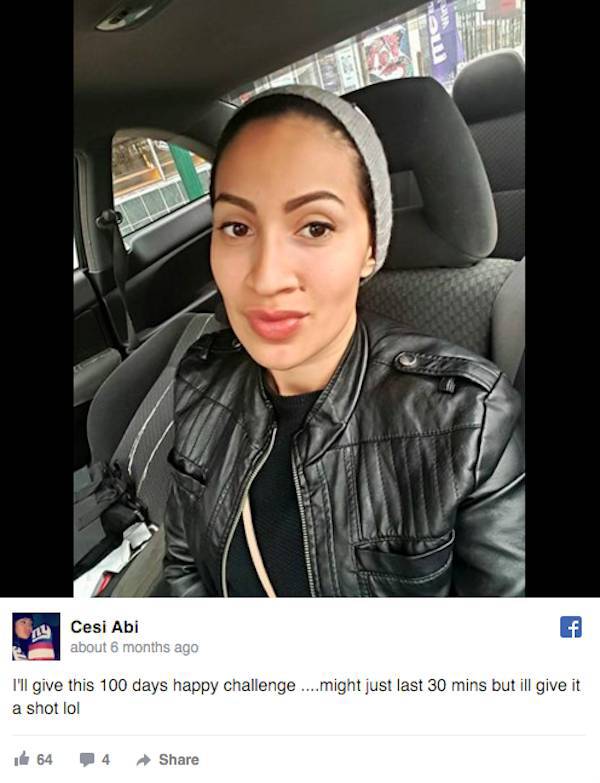 "It's going to be hard for him to let go of whatever addiction he has," Abigail said. "I want to help [him], but [he] needs to want to help [himself.]" For now, they have both agreed to set aside 10% of his paycheck so that he can learn the importance of saving money. [Distractify] 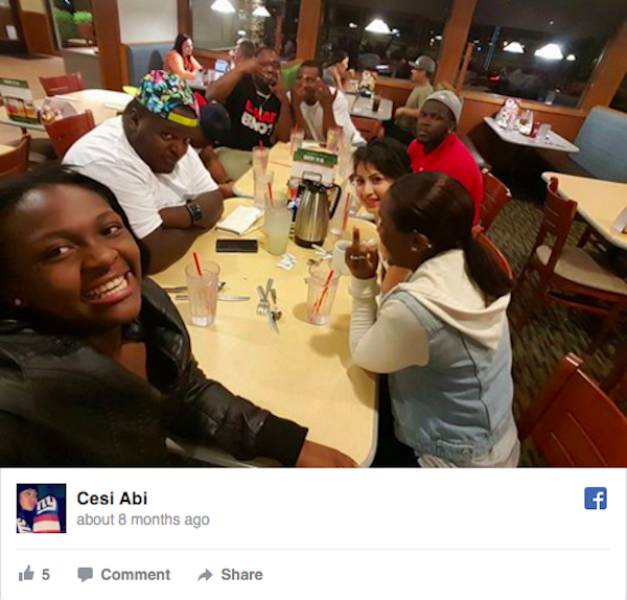