Born in Sydney Australia, Michelle was an internet sensation in 2012 after her pre-race warm-up dance was captured during the 2012 Junior World Championships in Barcelona. She has won the 100m Hurdles silver medal at the 2010 Youth Olympics and is ready to take the big stage at the 2016 Olympics this year. 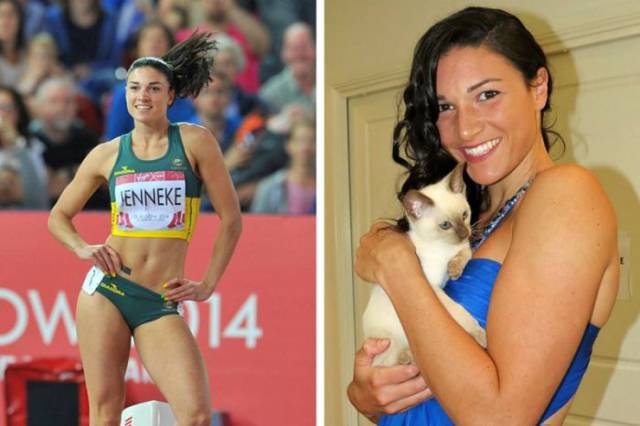 Melanie Adams is no stranger to the Olympics, and she was in the 2012 London Olympics. She had won two national titles before she turned 21. Even though she’s an athlete first, she also models and hopes to become Miss Universe. 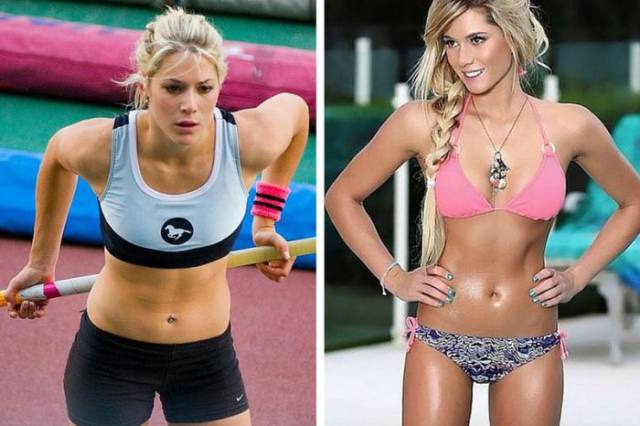 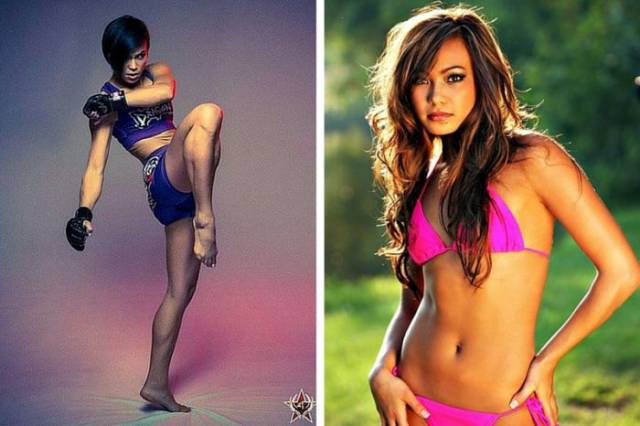 28 year old Antonija Sandrić was born in Šibenik, Croatia. As a young girl, she played a variety of sports but was drawn to basketball early on. This is mostly due to her older sister’s influence. She is 5’11” and has been playing professional basketball since 2005. She was named the most beautiful athlete at the 2012 London Summer Olympics. 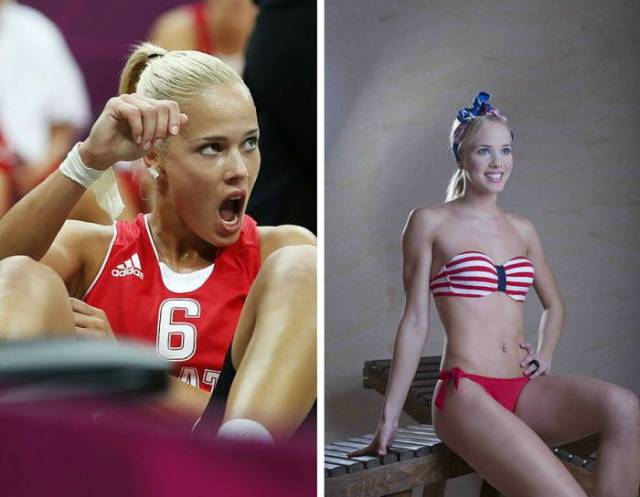 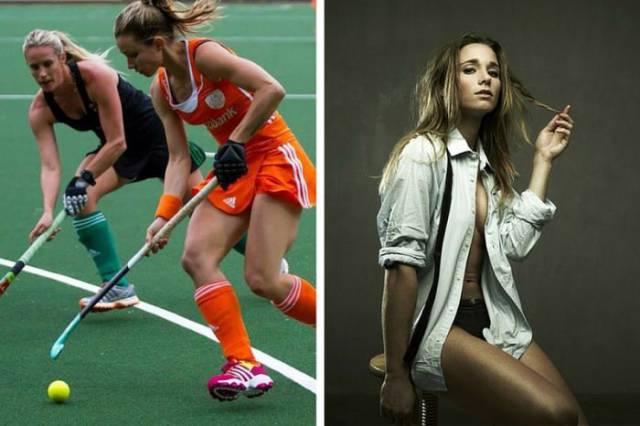 This professional tennis player for Serbia turned professional in August 2003 and had won the 2010 and 2011 WTA Tournament of Champions, the French Open in 2008 and is ranked number seven in the world last year. 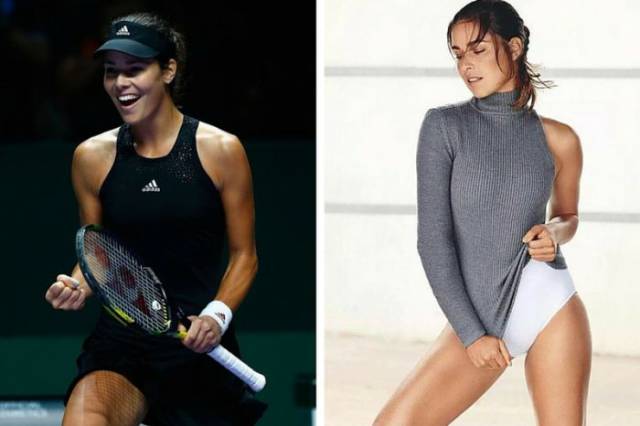 Hope Amelia Solo is a two-time Olympic gold medalist and also a World Cup gold medalist for the United States women's soccer team. She is one of the top female goalkeepers in the world and has been playing professionally since 2003. 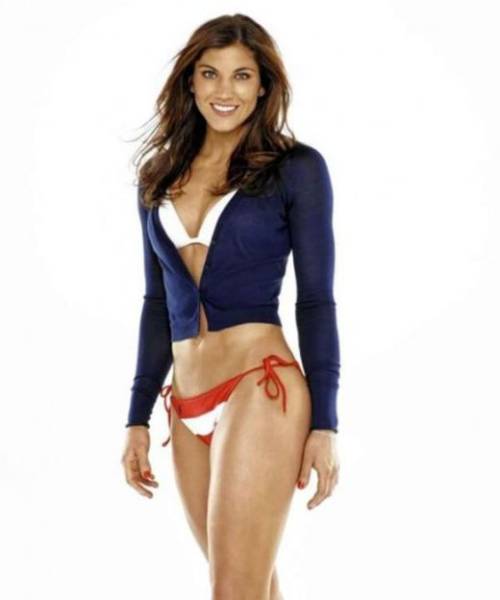 A prodigious golfer she was crowned Norfolk County Champion for three years in a row. She won the Under-21 title when she was only 15 years old. She is also a qualified personal trainer and was a finalist for the “Maximuscle Body of 2009.” She has been on the covers of Golf Punk, Sports Magazine, Maxim, Loaded, and Sports Illustrated. She has been voted Hottest Golfer. 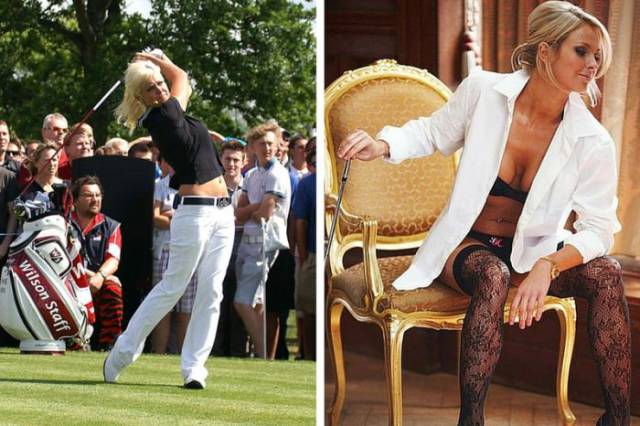 Anastasia Ashley grew up on the beaches of North Shore of Oahu and California. She had been swimming since the age of two, body boarding when she was four and surfing when she was six. She started competing when she was only seven years old and eventually went on to win over 200 amateur events. She finally turned professional surfer when she was 16. She broke into mainstream media and has been on MTV, FX, ESPN, Access Hollywood and NBC. 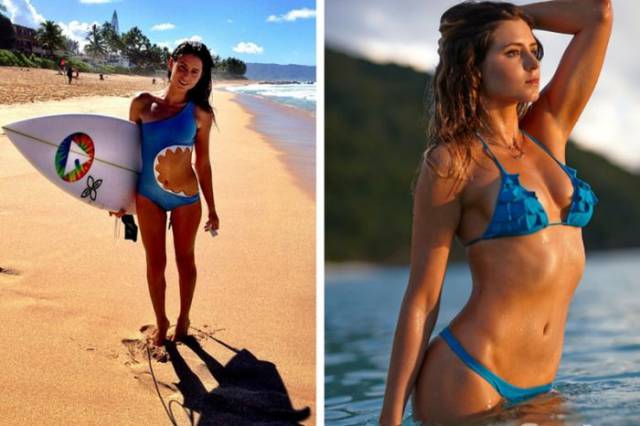 Alex Morgan started playing soccer when she was ten years old in Southern California. By the time she was 21, she was the youngest member of the 2011 US World Cup team. She competed in the 2012 Olympics and helped the US win the gold medal and named the US Soccer Female Athlete of the Year. She hopes to repeat her victory again in the 2016 Olympics. 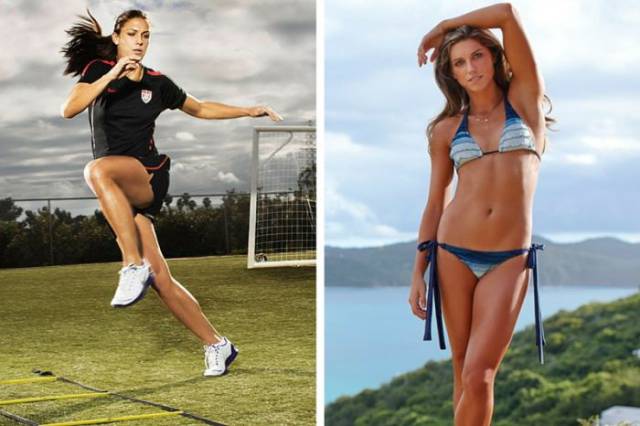 Allison Stokke is not all bronze; she has a Masters degree from the University of California Berkeley while she was training for the 2016 Olympics. 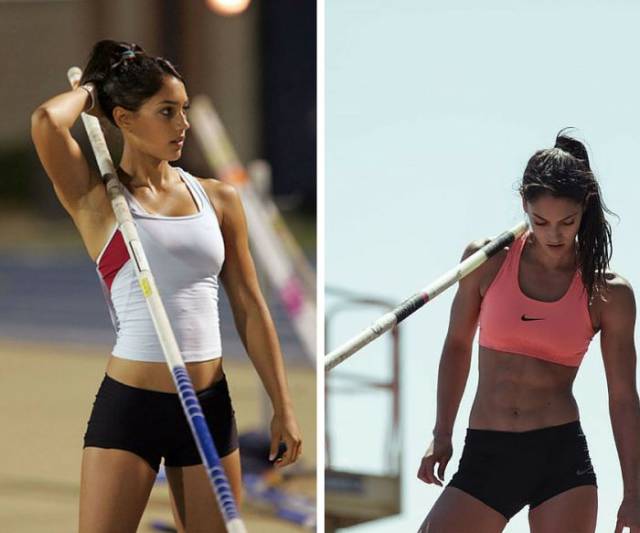 Born in Nyagan, Russia, she started playing tennis when she was a little girl and turned pro when she was only 14. She was ranked as one of the top 5 female tennis players despite having an injured shoulder in 2007. This isn't the first time she’s competed in the Olympics. In the summer of 2012, she won a silver medal in the women’s singles. She is currently ranked 6 in singles and plays; she earned $36,766,149 in prize money since she started playing April 19, 2001, professionally. She is called number 1 tennis player in moaning and her almost orgasmic cries while playing is what she is most known for. 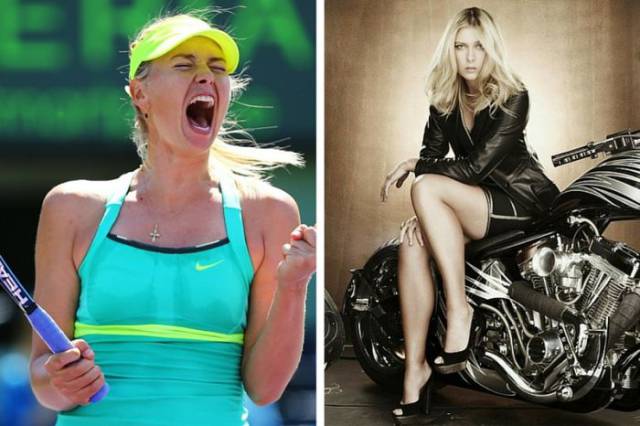 Born and raised in Illinois, Kelsey Robinson quickly grew to love volleyball. At 6'2″, she is a valuable player for the US women's national team. At the young age of 24, she has an exciting road ahead. Rio 2016 will be her first Olympics. 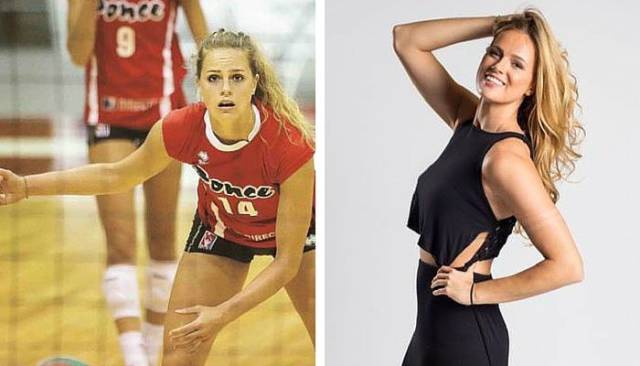 Kirilenko is an aspiring model and professional tennis player. She was engaged to the hockey player Alexander Ovechkin, but they called it off. She won the Olympic bronze medal for doubles women at the London Olympics back in 2012. 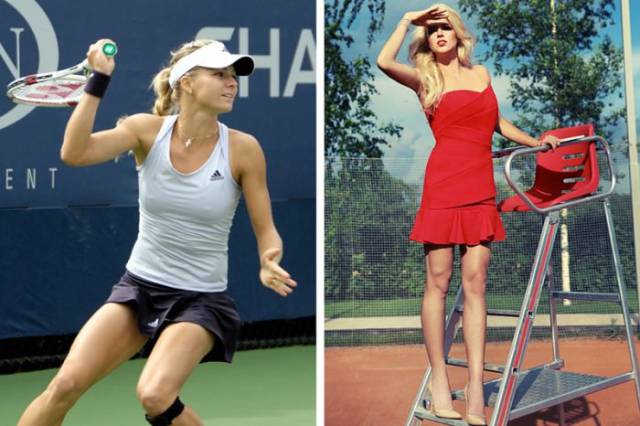 Eugenie “Genie” Bouchard is a professional tennis player from Canada. She was the first Canadian to reach the finals of a Grand Slam in singles and finished as runner-up to Petra Kvitova. She has a fraternal twin sister named Beatrice and is known for hitting the ball early and making unpredictable changes in ball direction. 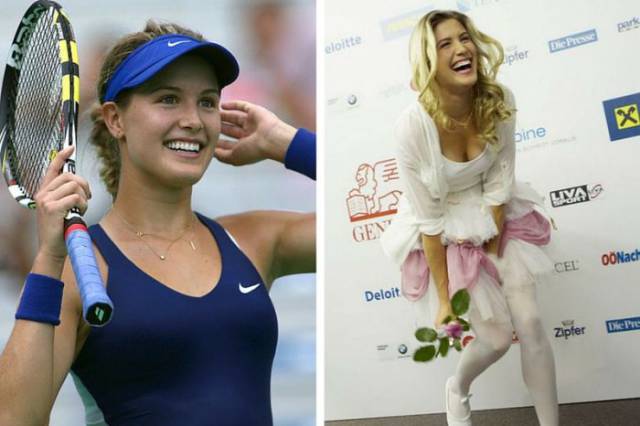 The Canadian professional CrossFit Games winner back in 2014 is an accomplished weightlifter and national champion for the weightlifting in Canada. She isn't just beauty and bronze. She is going to the school for Chemical Engineering at the Université de Sherbrooke in Quebec. 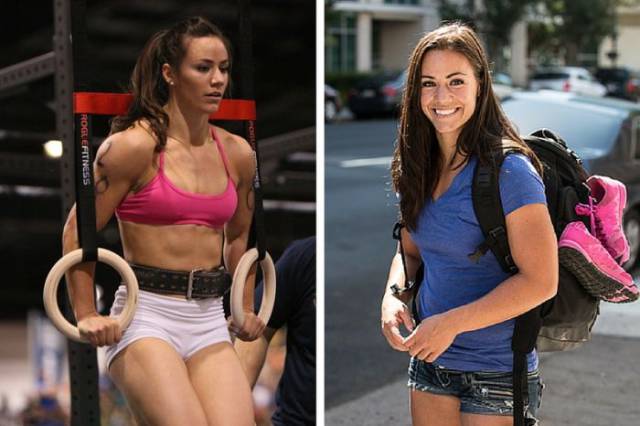 The Danish professional tennis player was ranked 1st in the world during the WTA. She was the first woman from a Scandinavian country to hold the top ranking position. Throughout her career, she has shown her agility, footwork, and speed is first-rate with a dangerous backhand. 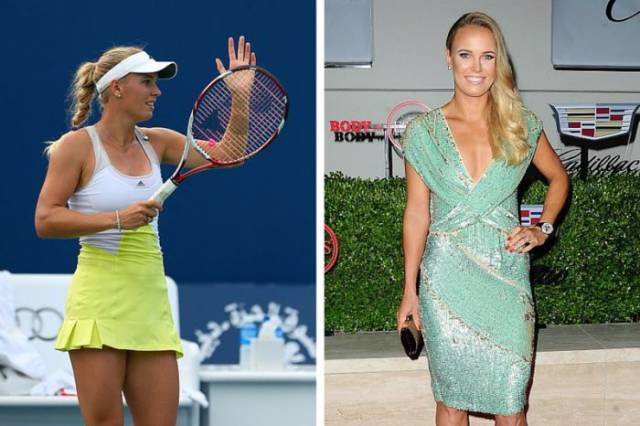 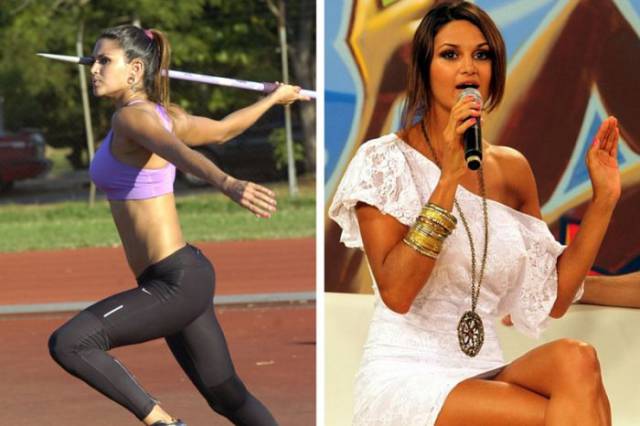 Maggie Vessey competes in middle distance track events. She finished eighth in the 2012 Olympic trials. In 2015, she ran the second leg of the 4x800m US National Team. Her team won the gold medal and set a record for the world’s fastest time in the event for more than 20 years. 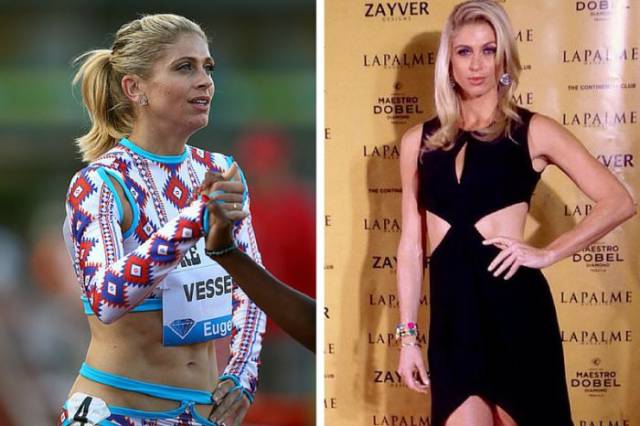