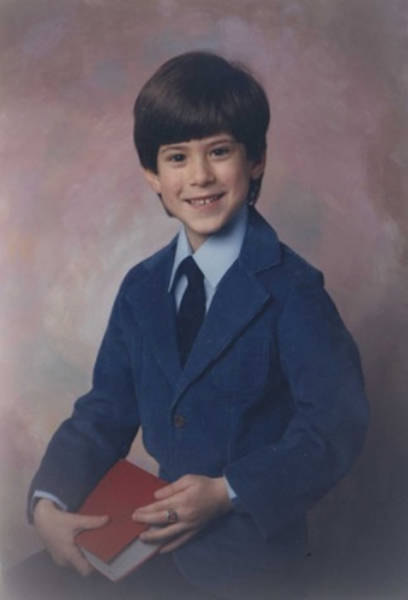 Real-life Ken aka Justin Jedlica, 35 and Pixee Fox, 26 just love plastic surgery. They are not romantically involved, their love is just “plastic” as well. They first met on a TV show and instantly hit it off. Justin had more than 340 cosmetic procedures, including five nose jobs, implants in his shoulders, back, cheeks, biceps and butt. His ultimate goal is to become a real-life Ken doll and to be 100% plastic. Pixee had 17 plastic surgeries: four boob jobs, liposuction and the removal of six ribs to be more like a real-life Barbie doll. They’ve spent an estimated combined $500,000 for their various operations… Justin gives Pixee surgery tips and advice as he’s been through the same journey. So, they are sort of friends with surgical benefits. Fox said: "For the time being we've both given up on love. We're committed to surgery, and won't stop until we've achieved our dream look.” 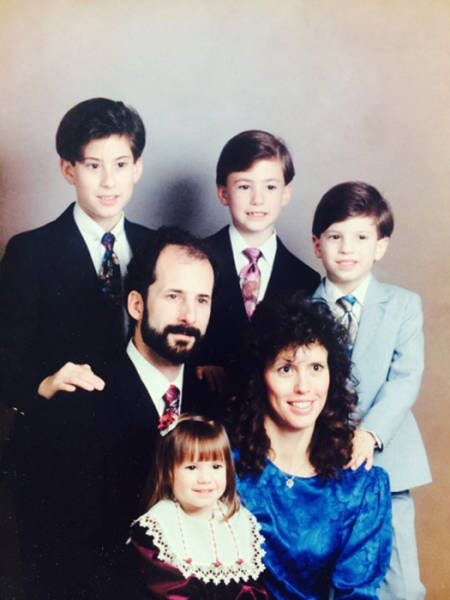 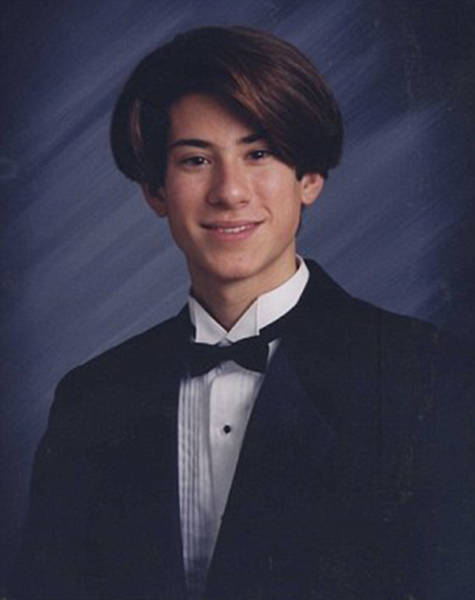 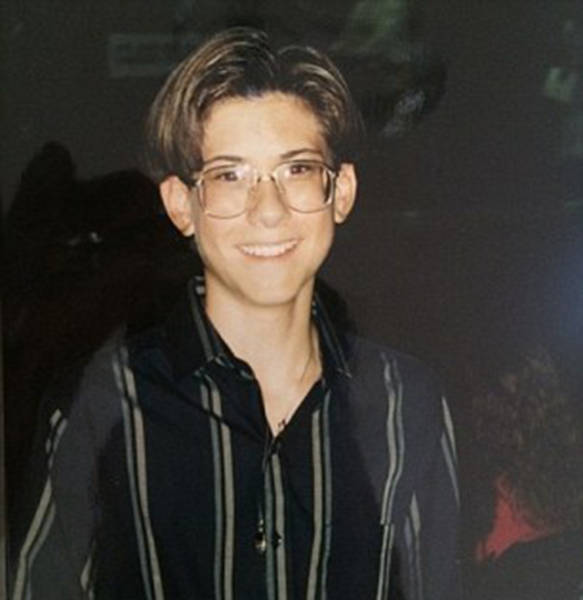 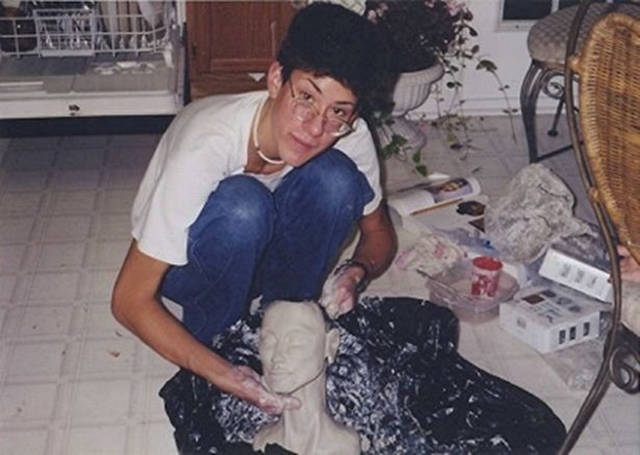 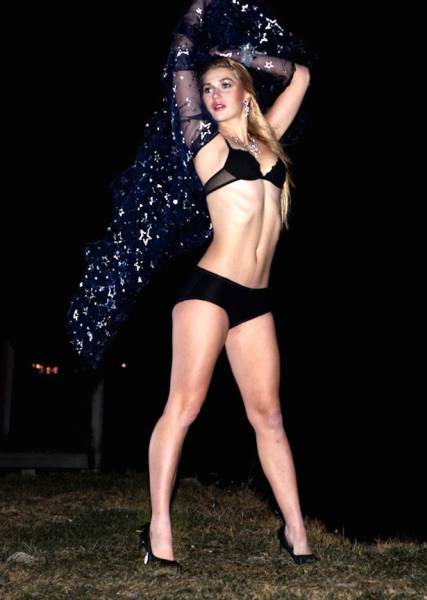 Pixee in her late teens - before any of her surgeries 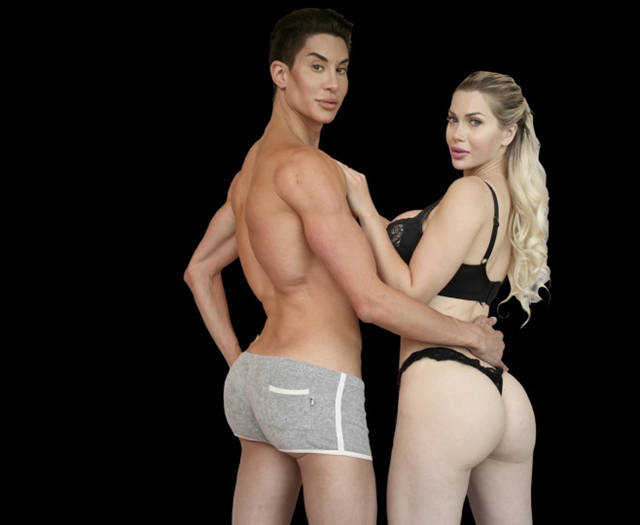 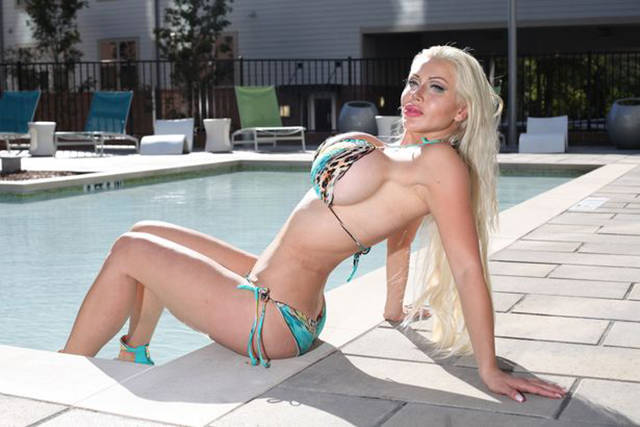 Pixee in a bikini before her rib removal surgery 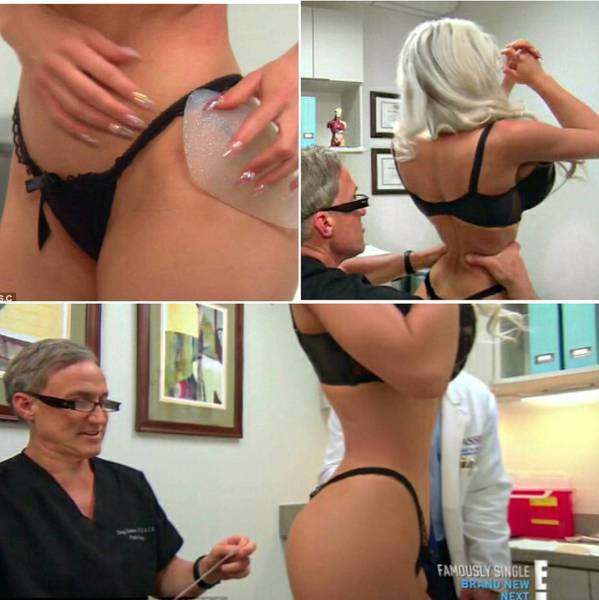 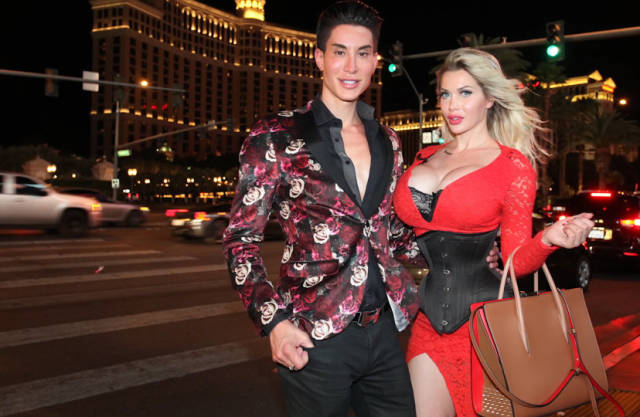 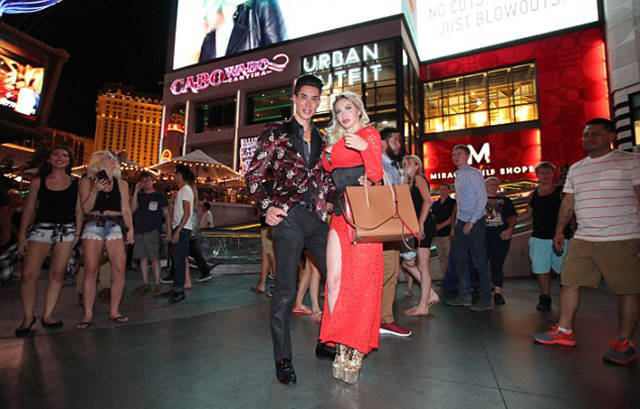 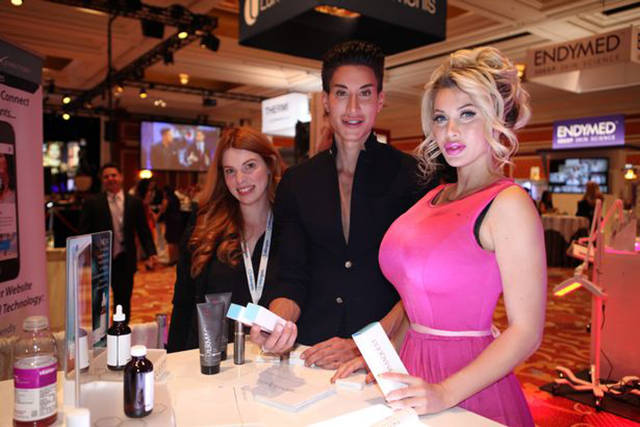 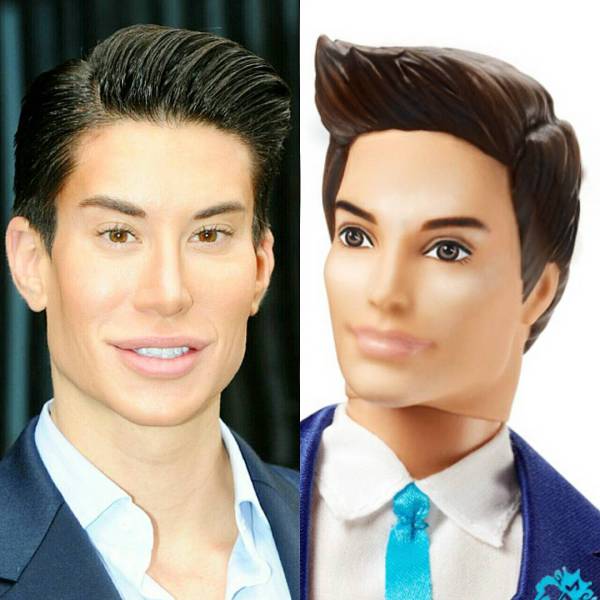 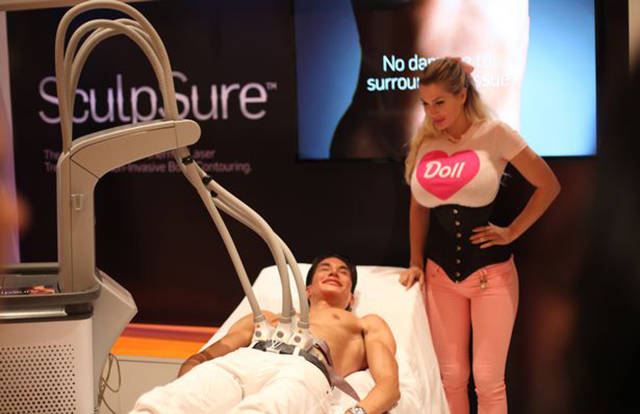 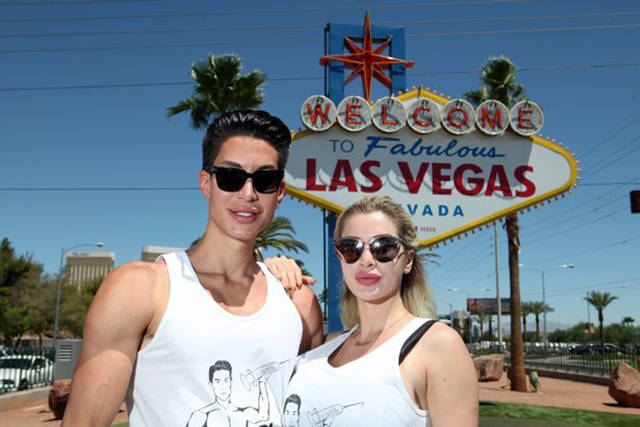 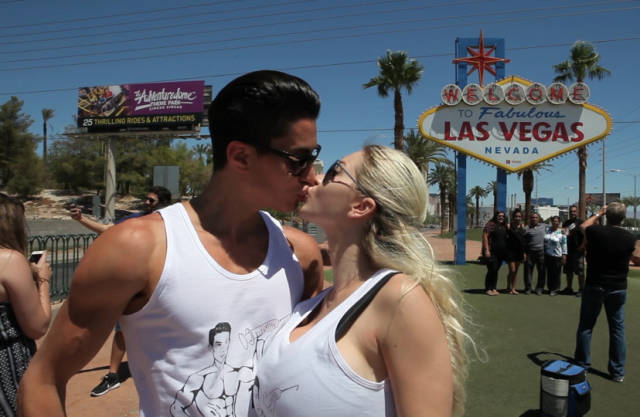 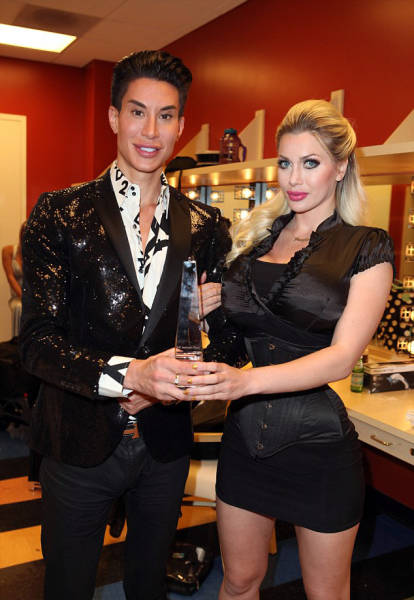 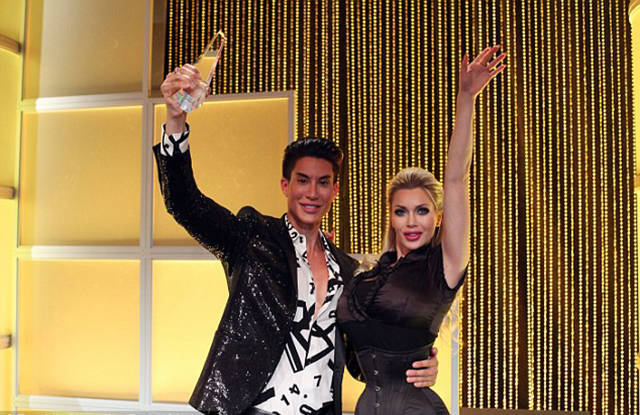 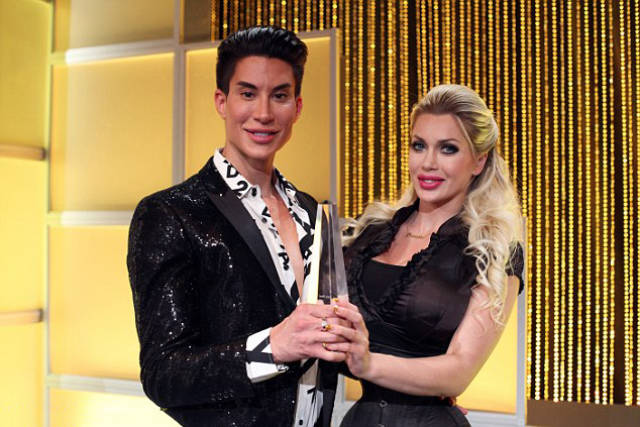 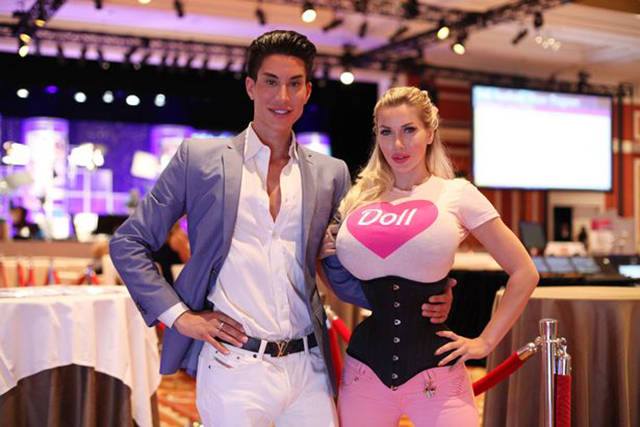 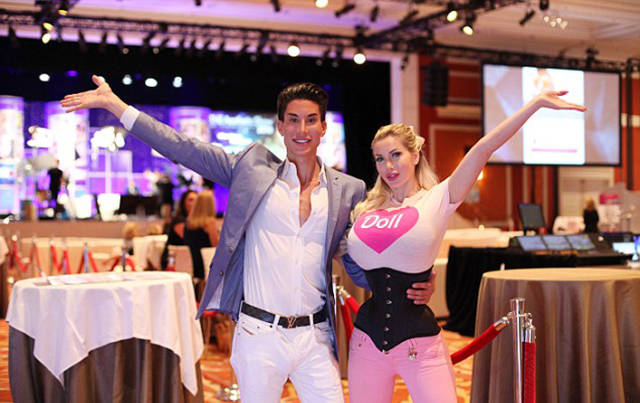 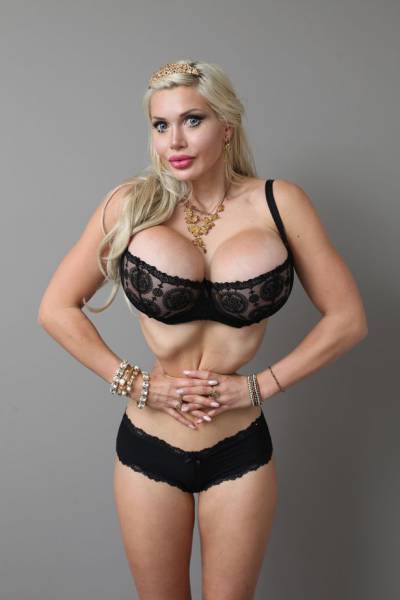 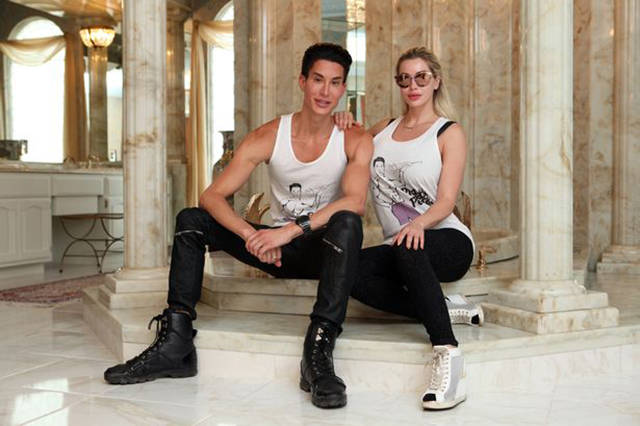 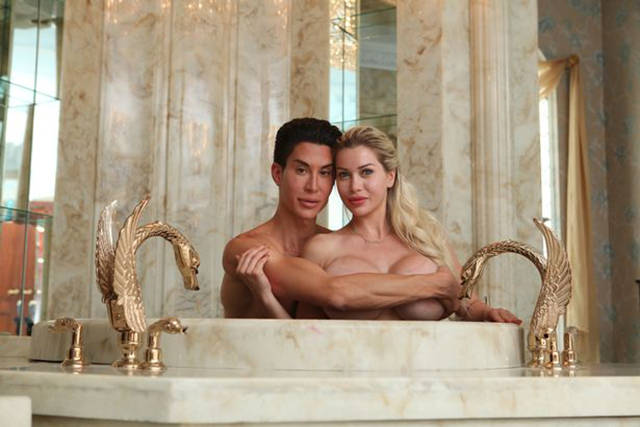 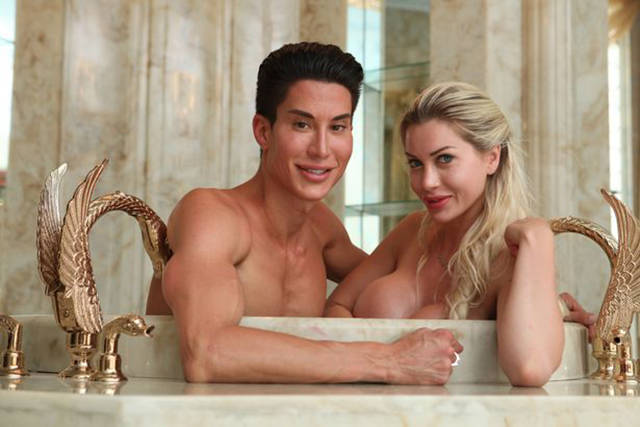 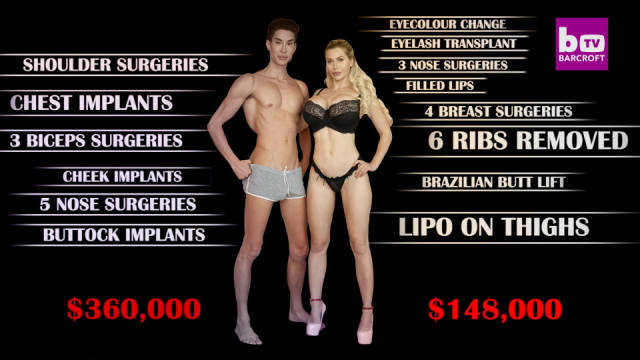 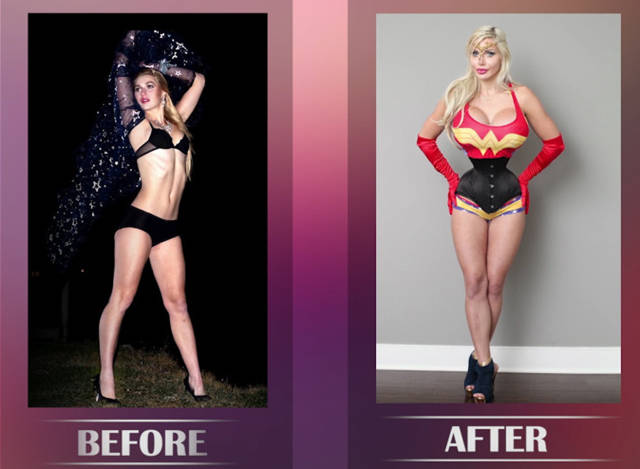 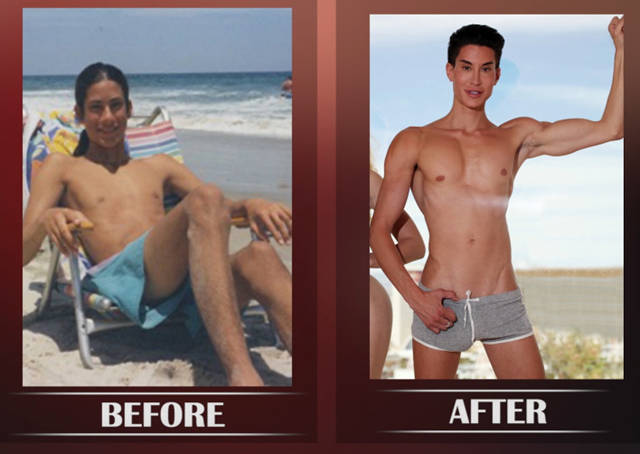 digitalchris 4 year s ago
real abomination, killit with fire, both of them!
Reply
1

izzimyfizzi 4 year s ago
Their "surgeons" should be locked the fuck up.
Reply
How to comment
NO FUCKING RULES!!!