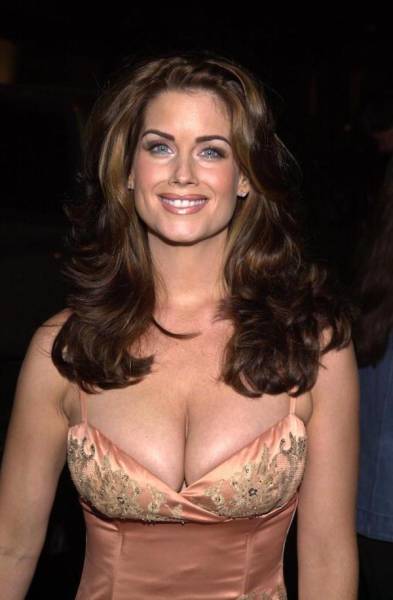 Carrie Stevens is a single mother of one boy and a June 1997 Playmate. She recounts how Hugh Hefner was so welcoming to her during her time as a mother, that her son was always at the Mansion growing up and therefore she didn’t really have to break the news to him:

“I used to go to the Mansion when I was pregnant. It was always a part of our lives. The first time my son came with me was Easter, when he was two months old. Hef would invite us to come over on Sunday nights and holidays. He was always so gracious. Whenever we’d come over, he’d summon the photographers and want a picture with my son. I think Hef had an especially big heart when it came to me because I’m a single mom and didn’t have any family in LA, so he included us like family. During dinner, my son liked to go around and bus the tables, help the staff. It was so cute.” 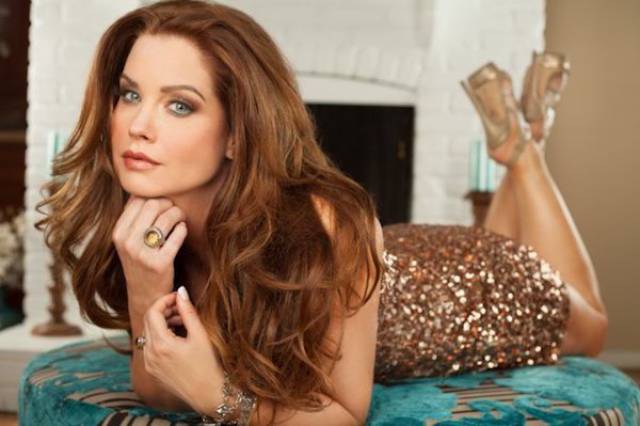 “I just asked him if he remembers when I told him I was a Playmate. He said, ‘I don’t. You’ve just always been a Playmate.’ I remember, though. He was five or six and we were standing by the patio in the Mansion. He looked up at me and said, ‘Mommy, what is a Playmate, anyway? I said, ‘Well, it’s a model, but she has her clothes off.’ He said, ‘But you wore your underwear, right?’ I said, ‘Yeah, I did.’ It wasn’t a complete lie. They might have been hanging from my toe. They were on me somewhere during that shoot!” 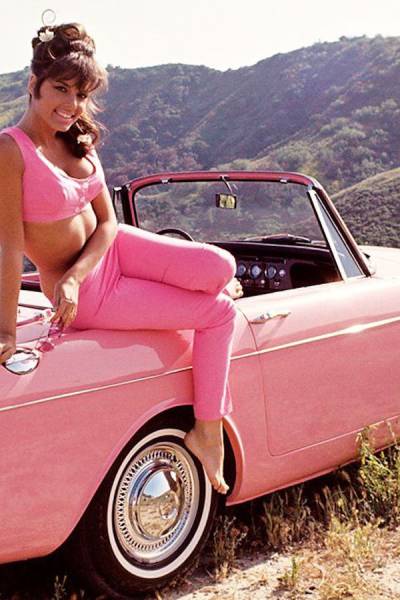 1965 Playmate of the Year and December 1964 Playmate, Jo Collins, has one daughter and now is a grandmother. She recounts how her she ended up working for Playboy after she was a model so the conversation with her daughter never really had to happen:

“Playboy brought me to Chicago in 1972. I was working with the Playmate promotions department. My daughter kind of grew up in the whole Playboy scene and I was a Bunny mother, so it was nothing out of the ordinary. But what is out of the ordinary is my granddaughter. We didn’t even talk about it. It was kind of, ‘Grandma’s grandma!’ And when she found out, she was in junior high and thought it was the neatest thing ever. It was like, ‘Grandma is a Playmate?!” It was so cute. She’d bring her girlfriends over and say, ‘Talk about it!’ It kind of got me rejuvenated all over again. 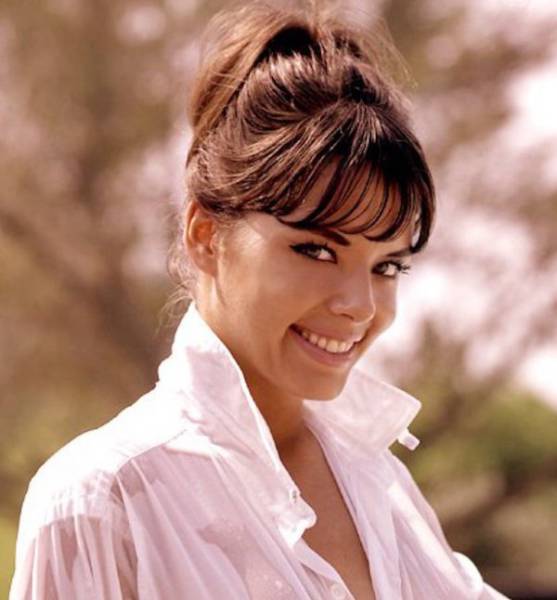 “I haven’t regretted a day of it. I would do it again. Since I was 19 years old, it’s been a part of my life, all my life. A lot of people don’t know because why would they? Who’s going to ask? But I do have some people, once in awhile hear through the grapevine and go, ‘Jo, were you ever a Playmate?’ I’ll answer if you ask me, but I’m not going to talk about it. Hey, I lived it. When people say, ‘Well, what does your daughter think?’ You have to remember, I was single, young, and free. I wasn’t married and didn’t have any responsibilities, so what could she say anyway? Been there, done that! I was a rogue person at that time. Very daring. Especially being from Oregon. Are you kidding?” 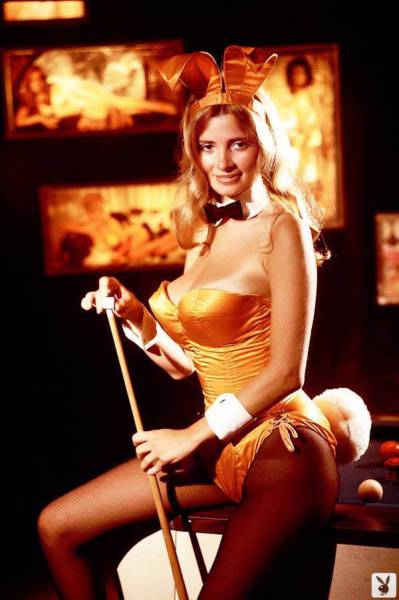 Janet Lupo was a November 1975 Playmate and originally she was cautious about being in Playboy. Lupo has one son and the way she broke the news was a little different than that of Collins:

“I knew that day would come when I would tell him. I waited for him to be mature enough yet young enough so his mind wasn’t tampered with by what his friends might say. So when he was 14, I sat him down and said, ‘Listen, your friends are going to be telling you a bunch of stories. That your mother was this and your mother was that. I was in magazine called Playboy that’s like no other magazine with nudity in it. A classy magazine.’ Then I told him I wanted him to see what I did. I said, ‘I have to show you because your mind will never be at rest. It will imagine what I did and I don’t want it to go off in the wrong direction. I’m going walk out of the room and leave the magazine here. You look at it and when you’re done, come out and tell me what you think.’ 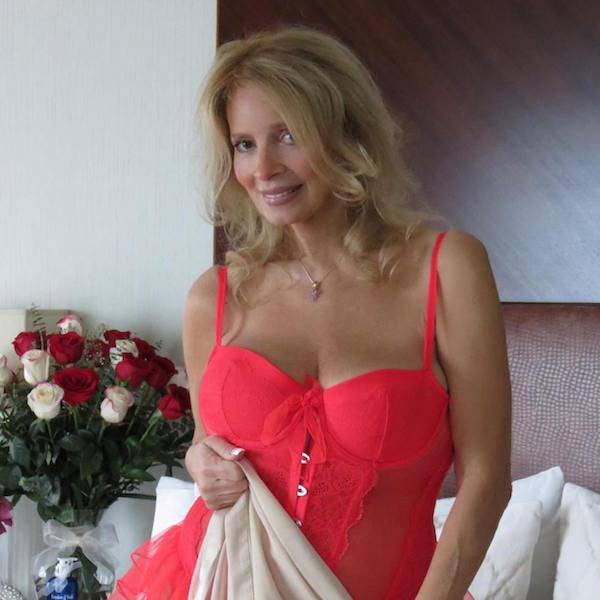 “He was in there for about 10 minutes. I guess he looked at more than Mom! [Laughs] He came out and I said, ‘What’d you think?’ He said, ‘Cool.’ That’s it! One-word answer. Just like a man. I said, ‘Great. So now you know what Mom did and you’re not embarrassed, right?’ and he said, ‘No.’ I didn’t want him to think there’s anything dirty about it because there isn’t. He’s never been ashamed of his mom. And guess what? Nobody has ever said anything bad about me. He’s 30 now, so I finally asked him what people have said and he said the only thing has been, ‘Your mother’s hot!’ I don’t even like hearing that because I’m old-fashioned. I love the way it all happened.” 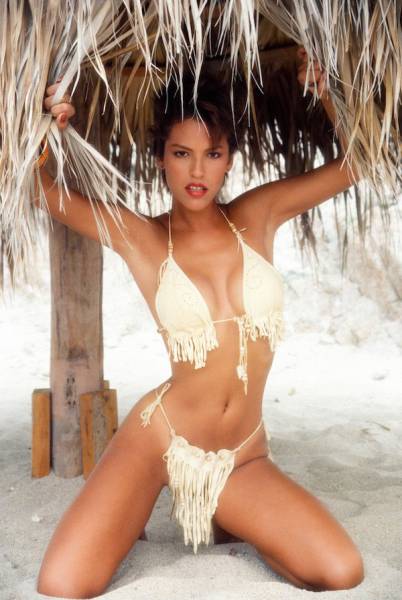 July 1984 Playmate Liz Stewart ended up working for Playboy from 2004-2012 as a production designer so the conversation with her two boys was a more subtle:

“I don’t think I ever explained it to my boys. I don’t think we ever had ‘a talk’ about it. We had Playboy magazine in the house; I had my Playmate girlfriends over all the time, and it was just something that was part of our lives. It didn’t really become a discussion for them until they started tackling it with their friends in school, when they were a bit older. I could tell some of the parents – the fathers, at least – might recognize me at school and then it would get back to the kids as early as grade school. And high school. And probably again in college. It wasn’t something I talked about, but people always knew. Sometimes they’d bring it up discreetly and nicely; some moms didn’t like me. It never bothered me at all. Thank goodness it never did. That would be too much.”

“Both boys didn’t really understand why people would go, ‘Oh, your mom’s a Playmate? Your mom must be really hot!’ And in their minds, it’s like, ‘Uh, I don’t know about that! She’s just my mom.’ Now that they’re adult men, it doesn’t happen as often now their peers will say, ‘Your mom’s a Playmate,’ but when they do, they still get the same reaction: ‘That’s crazy-cool.’ And my sons still have the same reaction: ‘It’s no big deal. Get over it!'” 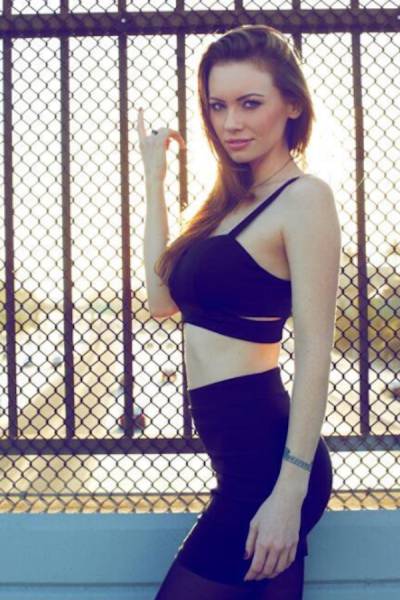 Kimberly Phillips was a September 2009 Playmate and talks about how she isn’t ashamed to tell her daughter about her appearance in Playboy and wants to instill that same confidence in her daughter:

“My daughter first noticed my centerfold when she was about two and a half and she was sure to point out ‘Mama’s boobies!’ I just kind of shrugged and said, ‘Yeah, those are Mama’s boobies.’ And that was it! When she’s older and really aware of what Playboy is, I’ll be as honest as I can with her. When I posed, I was a 22-year-old teacher’s assistant who felt unfulfilled in life, so I took a huge leap out of my comfort zone. It was the best choice I’ve ever made. It gave me a confidence I had never felt before and a strong sense of control over my life and my sexuality. Ultimately, the adventures that followed my posing for the magazine led me to meet her father, so she wouldn’t be breathing if I hadn’t jumped into the world of Playboy. Boom! In my home, nudity isn’t a big deal and as long as I teach my daughter about self-respect, I really don’t think she’ll care much that Mama’s been naked in a magazine.” 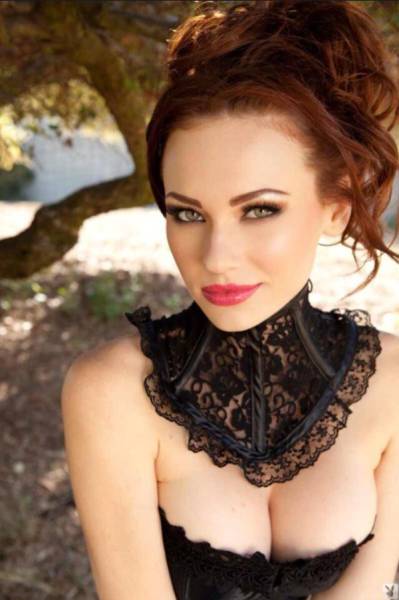 “Advice that I would give her about life in general would be to trust her instincts and keep her head up. There are a lot of people out there who will try to manipulate and take advantage of you or make you feel like you aren’t good enough or smart enough, especially as a woman, so you’ve got to stay strong, keep a positive attitude, and keep pushing forward.”