These Celebs Will Never Appear Naked On Camera… (19 pics)

Unlike everyone else on Sex in the City, Parker had a no nudity clause for the show and for all of her roles. Considering the title of the show, it’s a pretty odd request, but I don’t think anyone really missed seeing her boobs anyways.

Now, back in the day when she was the hot witch in Hocus Pocus, those were some mystical cauldrons I’d want to see. 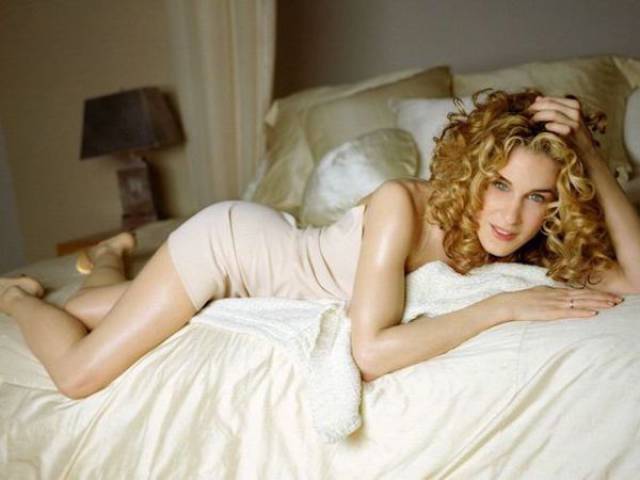 I’ve had a crush on her since Alias, and while she’s done sex scenes, and walked around in lingerie and tight corsets for her role as Elektra, she doesn’t think that the world wants to see her body. According to an interview with MTV she said:

“I will not be taking it all off…No, thank you. The world deserves better. Not interested.” 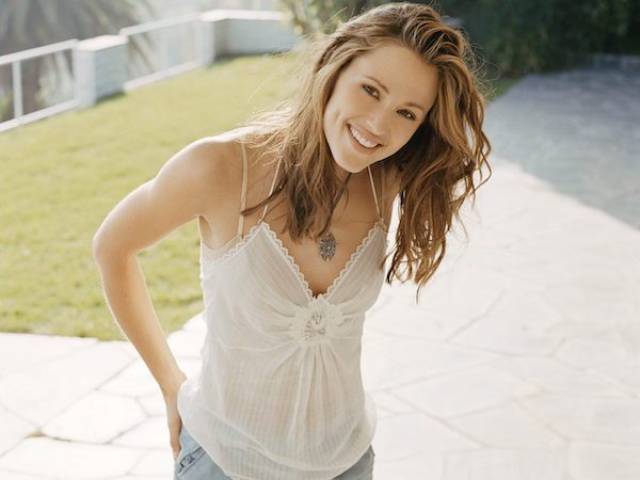 Don’t judge me, but this picture right here = my deepest, darkest fantasy.

Anna’s another actress that won’t go nude on camera. In Mike and Dave Need Wedding Dates, she used a butt double, and when asked if she’d ever do one, she emphatically stated no. She’s gonna keep on doing what she’s doing, and hopes that people still watch her. 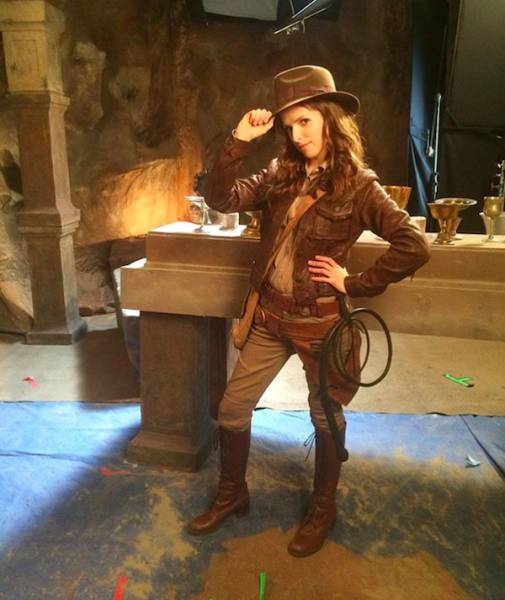 Even though she’s done a few sex scenes in her day (Black Swan, still makes me sweat), he actually used a butt double in Friends with Benefits, and her face was digitally superimposed over someone else’s boobs for Forgetting Sarah Marshall. On top of refusing to be nude on camera, Mila’s also been a very vocal proponent against actresses being forced to bare it all, for “the sake of their careers.”

I’d still think she’s the hottest actress around even in a parka. 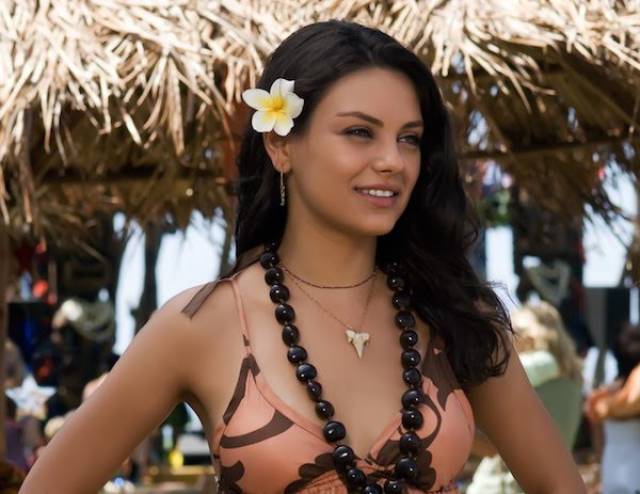 Rachel’s another one that I’ve been crushing on ever since I first saw her on The O.C.. She’s actually lost out on a role or two, due to her refusal to go nude, believing that movies can be sexy without showing everything. So there’s no chance you’ll ever see more of her, than we’ve already seen.

It doesn’t change the fact that she’s on my laminated card of celebrities I’m allowed to sleep with, and my wife can’t say anything. 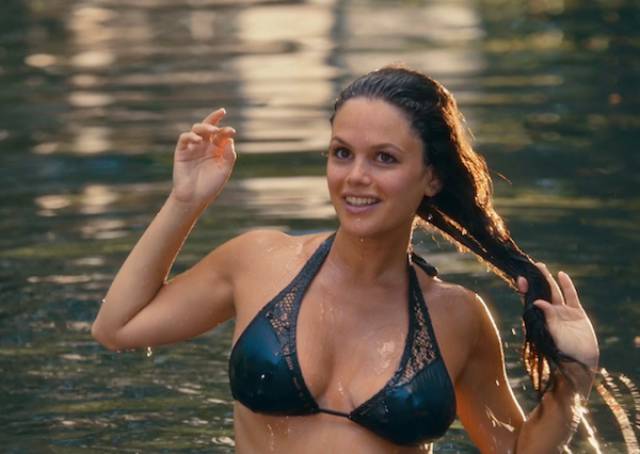 I’ll admit, she’s not the first person you’d think of, when you think “what celebrity do I want to see in a nude scene?” But, she’s actually pretty sexy, especially in her Pretty Woman or Erin Brockovich days. For Roberts, now that she’s a mother, it’s not an example she wants to set for her kids, and if a role requires some sexing up, she’ll find a way to make it appropriate. 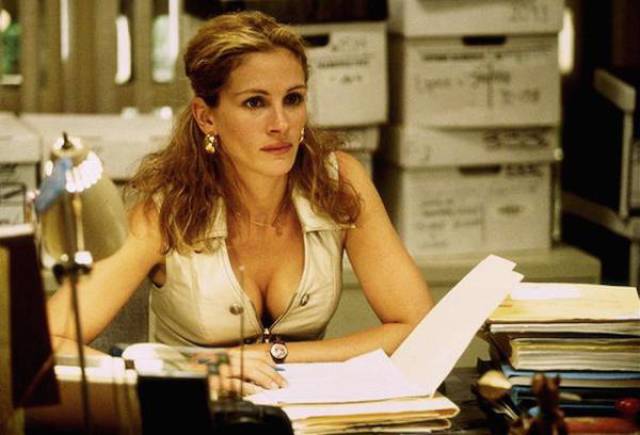 She’s considered a sex symbol and she’s pretty hot in every role, but she’s never actually been nude. She doesn’t plan on it either. She told MTV back in 2009 that she doesn’t plan on doing nudity in a film. All she’s got left are her private parts, and she’d like to keep the private. Plus shit lives on the internet forever, and she can’t imagine her boobs on the net for eternity. 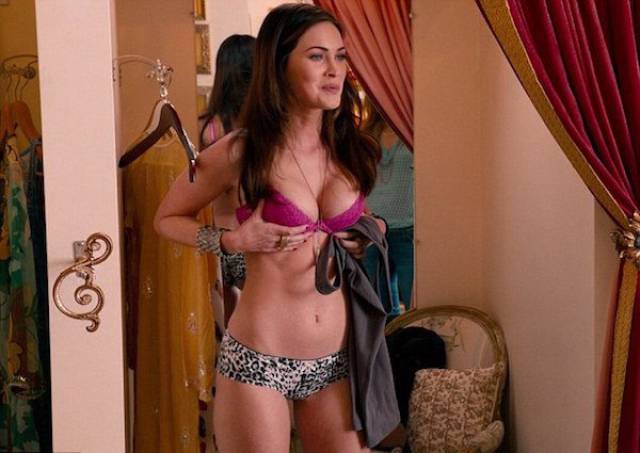 Another one of my childhood crushes, she’s another one for the laminated “celebrities I can bang without consequences list.” She’s been offered Playboy several times, as well as some movie roles, but she’s turned them all down. Why? She’s not a huge fan of her body. Like everyone else, she’s got good days and bad days, and no one needs to see what’s underneath her clothes.

I’d still show up at her door, on one of her bad days with some roses and wine. True Story. 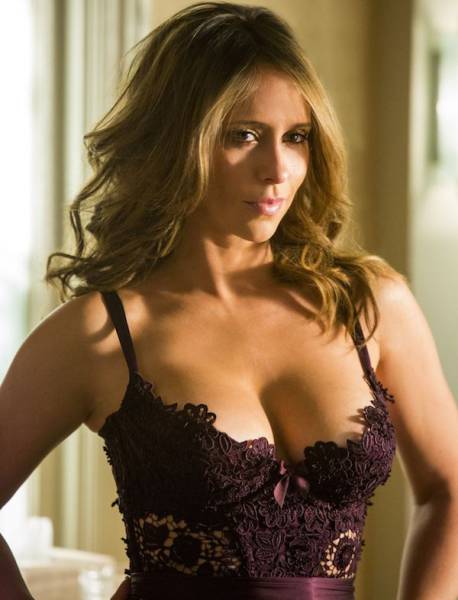 She’s got a pretty straightforward reason for why she’s got a no-nudity clause for everything, and I can’t say I disagree. She doesn’t want her kids nor her grandparents seeing her boobs; it’d make for an awkward christmas.

She also doesn’t think that her nudity would elevate any of her films, and I’m inclined to agree. I mean, I love Sin City but Nancy’s cowgirl get-up does more for me anyways. And her shower scene in Machete was CGI’d in, and I can’t say that I can tell the difference anyhow. 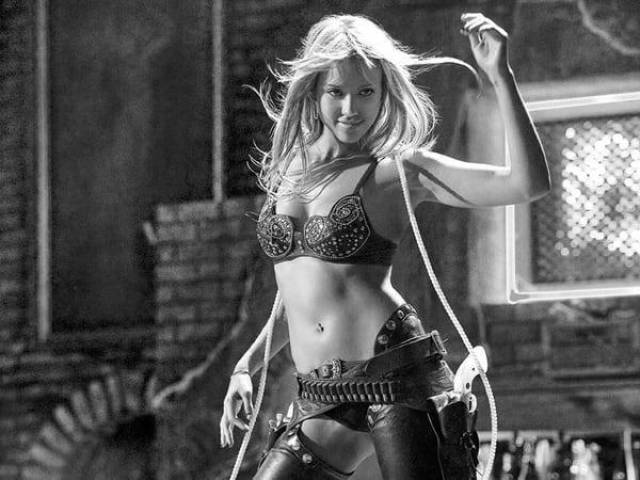 This should come as no surprise, but Emma Watson doesn’t ever plan on being naked on camera. Because of her roles outside of film in activism and equality, she’s also a role model. To her, the role of Hermione is one she doesn’t want to leave behind.

I can respect that. 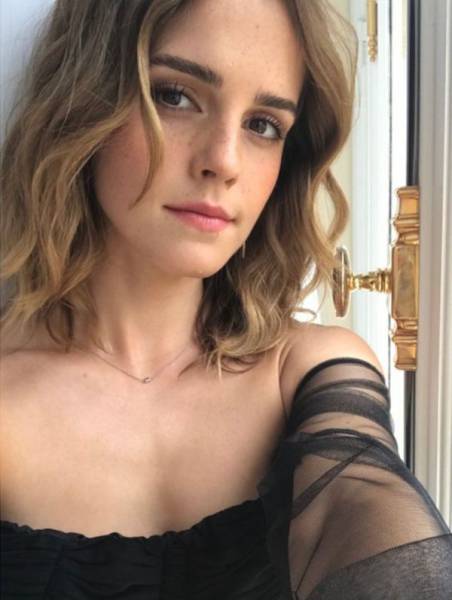 For the majority of her career, Blake’s had a pretty squeaky clean career, especially when it comes to nudity. In an interview, she’s admitted that she’s always distracted by boobs on screen. It takes her out of the story and she’s all about the nudity. I’m with you on that one.

She did, however, change her mind for her upcoming film called All I See is You, coming out Oct 27th. There’s some partial nudity coming your way, courtesy of Ms. Lively. 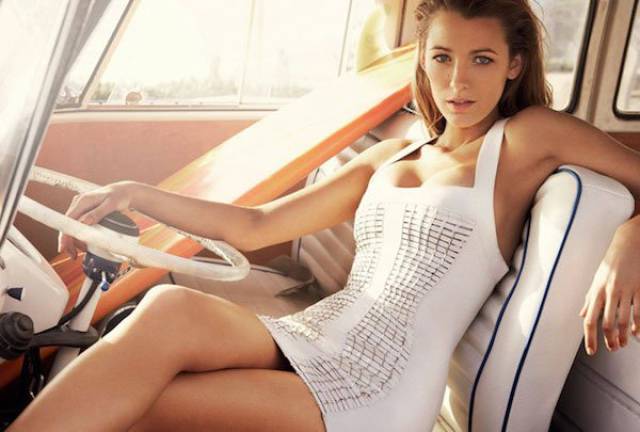 Olivia has no plans to ever go nude. Sure, she’s posed for Playboy, but we’ve all seen those shots and while she’s nude, you don’t see anything worth reporting.

It works for be, because she’s so hot, nerdy and funny that I don’t give one heck. 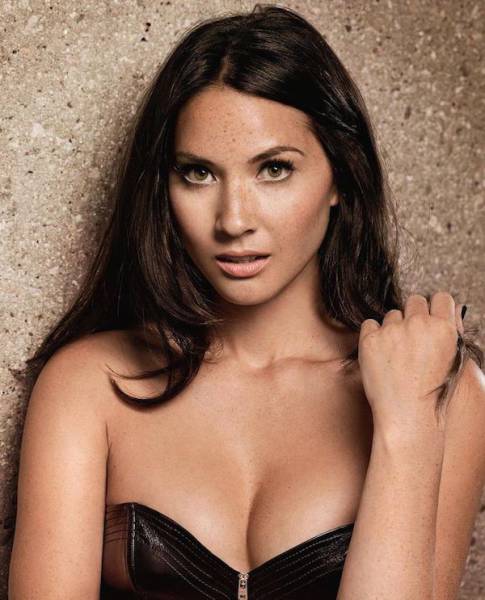 I’ve had a crush on her since A Walk to Remember (yes, I saw it, and I’m not ashamed.) She’s been pretty much the most vanilla actress and pop star for her entire career. She’ll never do a nude scene and even hired a butt double for the skinny dipping scene in Chasing Liberty.

Her husband is a lucky guy. 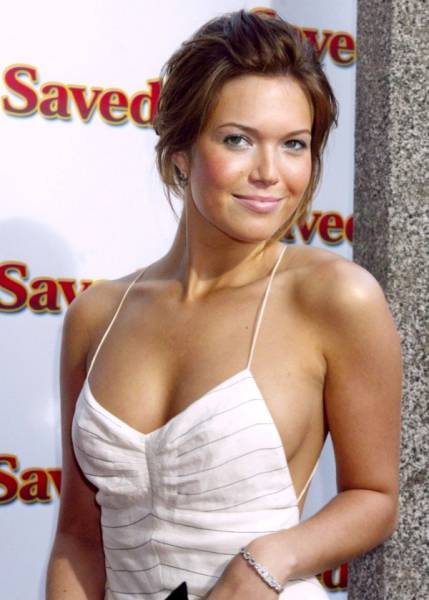 As the niece of Julia Roberts, she’s got a similar philosophy regarding nudity. She doesn’t see herself doing one, but she’s also yet to have done a full on sex scene either.

So the jury’s still out on this one. 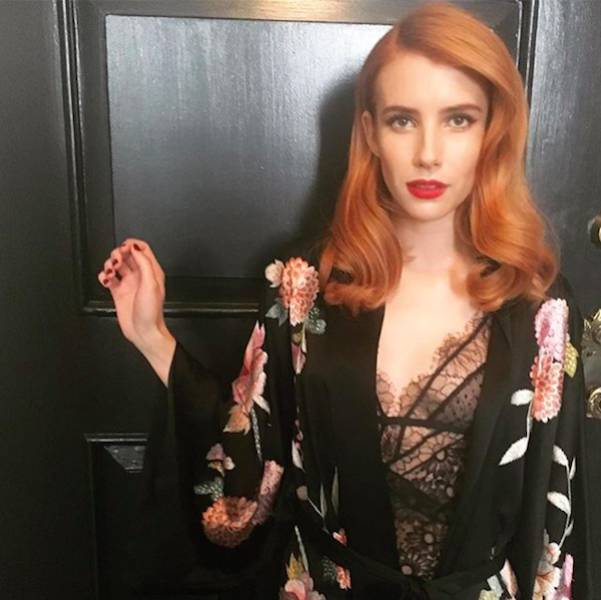 Kudos to Hilary Duff for being a Disney Chanel star and not going nuts like the rest of them. She’s actually quite grounded and I like that about her.

Regarding nudity, it’s not something that she wants to do. It’s not true to herself, and if she’s playing a role, she wants it to show off her talent, and not her tits. Wonder how Gordo feels about that? 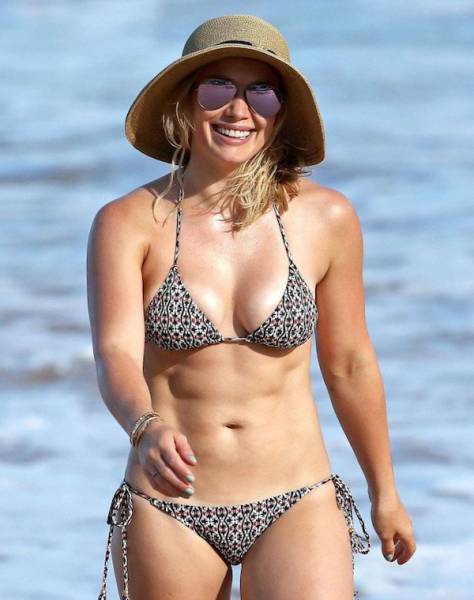 As a lot of her fanbase are kids, from her role in Frozen, Kristen doesn’t want to get naked on screen. She’s worn some pretty skimpy bikini’s though, and I can’t argue with that.

Plus, she’s so hilariously funny and adorable, that she could come onto me in an inflatable dinosaur costume, and I’d still be down. 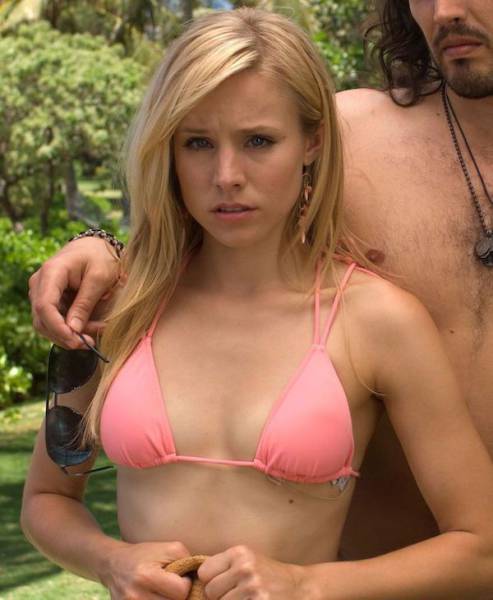 Christina’s got one of most noticeable figures in the industry, yet there’s a lot of it we haven’t even seen, and that’s intentional. Once she got started on Mad Men, and everyone started talking about her cleavage, she got incredibly self conscious. Feeling that all of the post-show offers were based on her body, and not her talent, she has no plans on exposing herself.

We can save it for the wedding night babe. It’s ok. 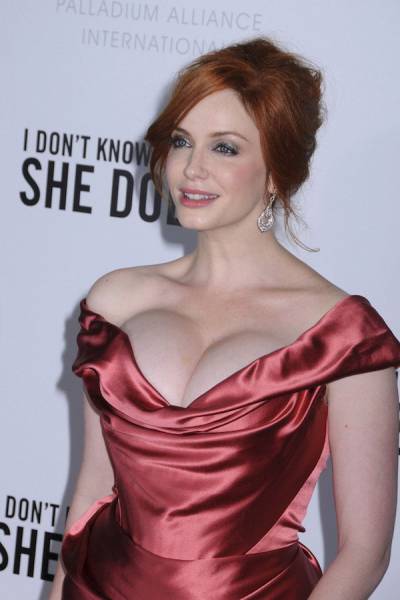 There’s something about this fiery Aussie that I just want to see more of. Alas, it’s not meant to be. There was a pretty hot sex scene in Wedding Crashers, but that was a lot of body doubles and camera trickery. For her, it’s about being a comedic actress. If you see her nipples, she ceases being funny, and becomes a sex symbol and she doesn’t want that. 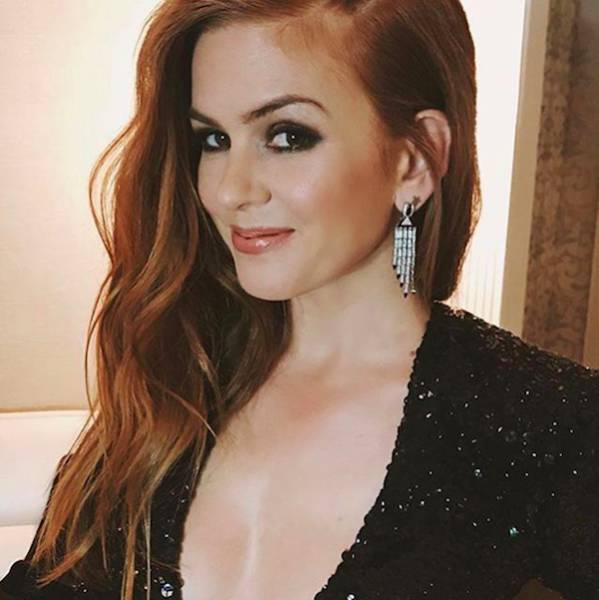 So far, she’s only appeared nude once, in 2014’s Under The Skin. The only reason she did it, was because it was written into the script and it was not gratuitous, but for the purposes of the story. To be honest, the scene is done in such a way, that I can kinda see where she’s coming from – doesn’t make it less sexy though.

Don’t count on seeing her naked again though. It was a one time deal. 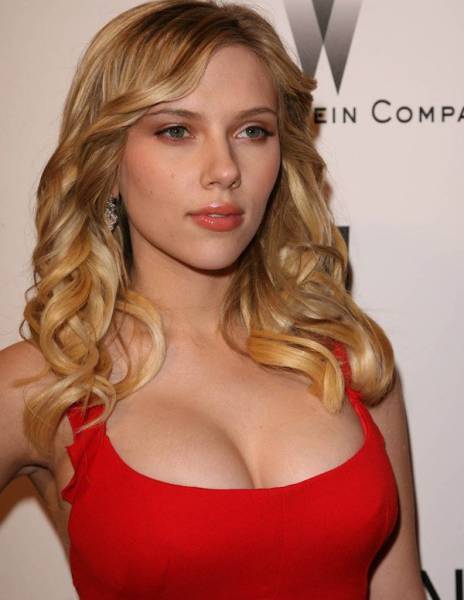