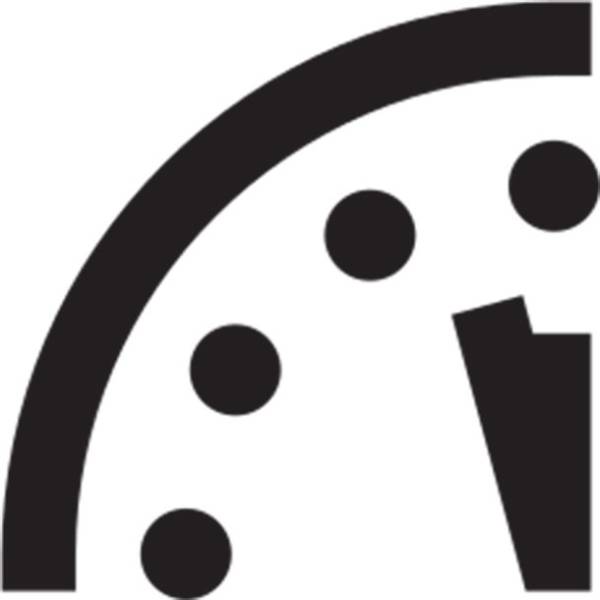 Every year, a team of scientists makes a report on how close the world is to destruction. It’s called the Doomsday Clock. Their most recent report in 2018 indicated we’re two minutes to midnight due to the failure of world leadership to quell nuclear tensions. In comparison, in 1991, the report indicated they were 17 minutes to midnight. 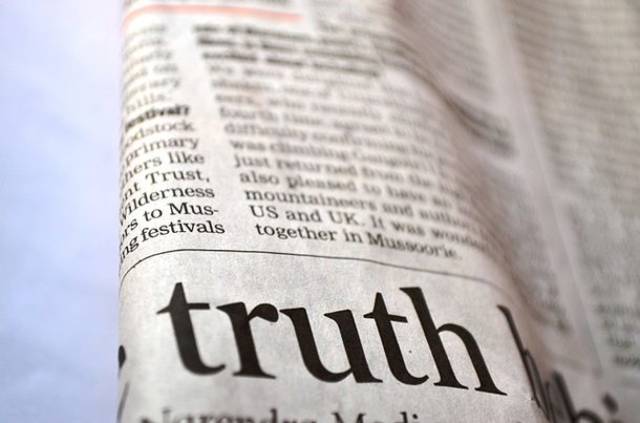 For a long time, newspapers, nightly news on television, and academic experts were a trusted source for information. However, since the 2016 election and the rise of “fake news,” politicians have created a “Post Trust” world where facts and verified information no longer matter. Without facts, anything can be true in anyone’s mind, causing liberal democracies to fall apart and people’s civil rights to crumble, leading to more tyranny. 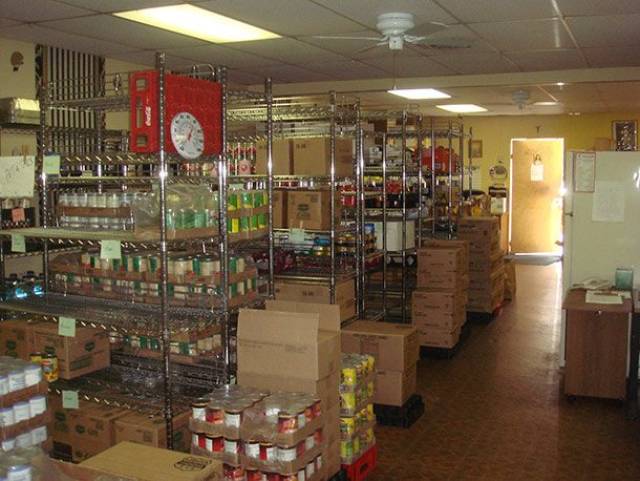 The super-rich have more money than they know what to do with. In this case, they’re spending billions on preparing for the end of the world, building high-tech bunkers under houses and buying up tons of land in New Zealand. For instance, Peter Theil bought property and even citizenship there and Reddit CEO Steve Huffman got Lasik so that he wouldn’t have to worry about glasses in the apocalypse. 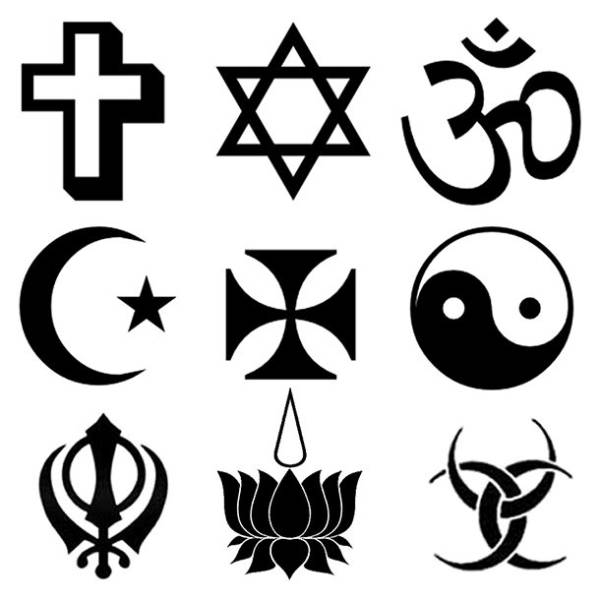 Christians believe mass religious persecution will be a sign of the end times. According to a Yale study, 50 million people from the Middle East and Asia have been displaced largely due to religious persecution back in their home countries. Also, a Pew Research Center study indicated that in 2015, Christians were harassed by governments and social groups in more than 128 countries, more than any other religious group. 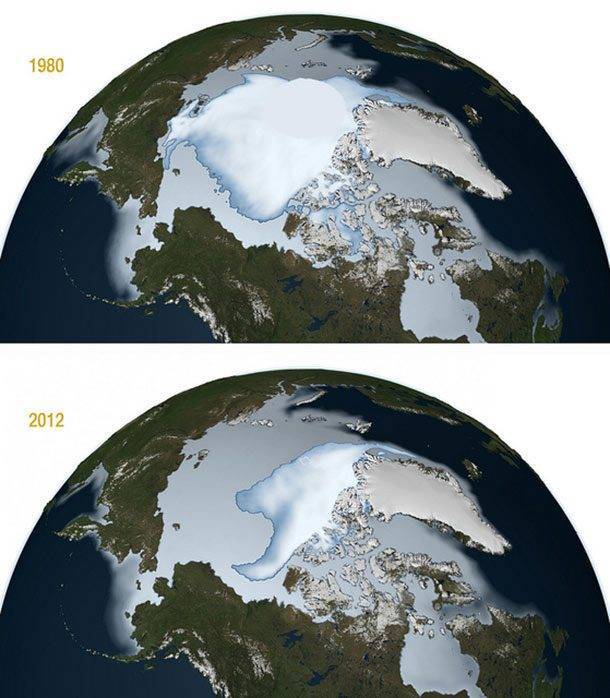 The Arctic and Antarctic polar regions are paramount to a healthy world climate, but the ice is melting at dramatic and surprising rates which could cause a catastrophe if it reaches too low of levels. Scientists have used satellites to monitor the ice for 20 years and have seen a five-fold rate of ice loss since 1990. The thickness of the Arctic ice has also decreased by 40% since 1960. Scientists predict the Arctic could be without ice by 2040. 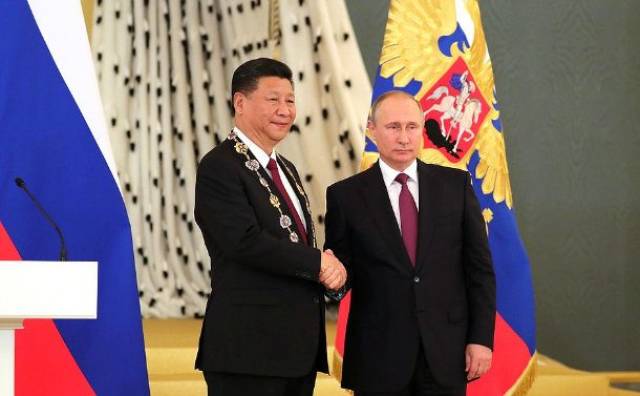 From Russian leader Vladamir Putin to Chinese leader Xi Jinping, autocrats have always been in the world. However, there’s a real fear that Authoritarianism will continue to spread into the West, suppressing liberal democracies’ influence in the world and instead, hailing bullies and tyrants. Delegitimizing democracy and promoting nationalism and authoritarianism could lead to wide-scale persecution, removal of civil rights, and war. 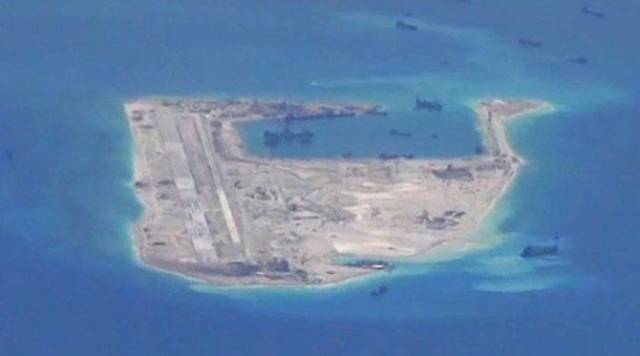 The United States, Russia, and China have been increasingly at odds with each other in recent years, and the conflicts in Syria and Ukraine have tested Russian and US boundaries. In the meantime, China continues to build man-made islands as military bases in contested waters and pushes its weight around in Southeast Asia. Rising tension and a poorly calculated political move could spark World War III, meaning nuclear holocaust and millions dead.

For decades, antibiotics have been a saving grace in the medical world, capable of curing many deadly diseases and saving millions of lives. However, in recent years, due to misuse and overuse of antibiotics, certain bacteria have shown resistance to the drugs, evolving into “superbugs” with no known cure. If these strains all became fully resistant, antibiotics would virtually become useless, throwing society back hundreds of years with the potential for millions of lives lost. 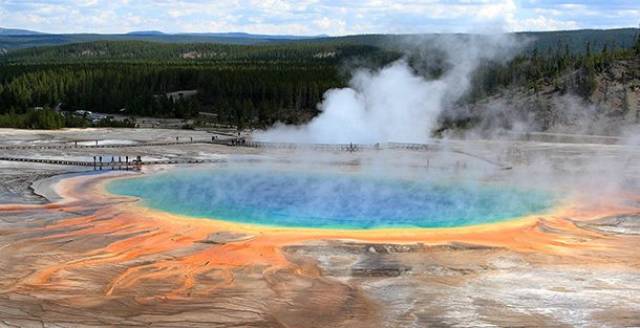 It might sound like something out of a bad movie on Netflix, but supervolcanoes, more formally known as calderas, are very real ticking time bombs for the planet. Yellowstone, for example, is a beautiful and majestic park in the United States housing one of these time bombs. Geologists say Yellowstone’s volcano is capable of an eruption a thousand times more powerful than Mount Saint Helens and could blanket the US in ash and trigger a new ice age. With the recent eruption on Kilauea, many wonder if Yellowstone is next. 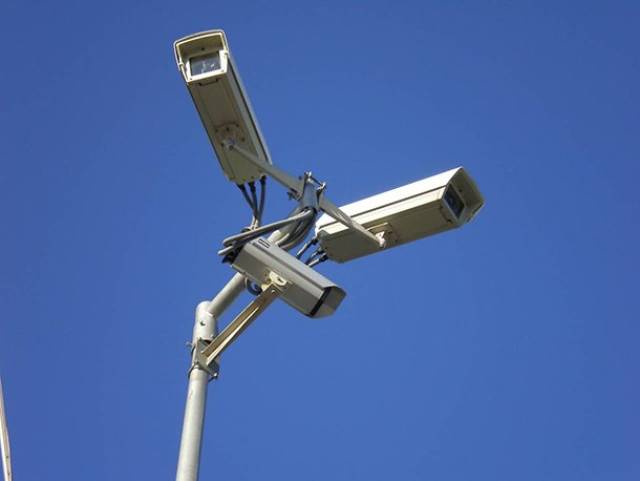 The internet has provided the world with many benefits, including better communication tools, new markets, and, you know, cat memes. Regrettably, it also created a mass surveillance state across the globe. With the revelations from Wikileaks and Edward Snowden on government surveillance to the recent Facebook data scandal, it’s become clear privacy doesn’t really exist anymore. Without more laws protecting private citizens, an oppressive government could easily destabilize society and undermine liberal democracy. 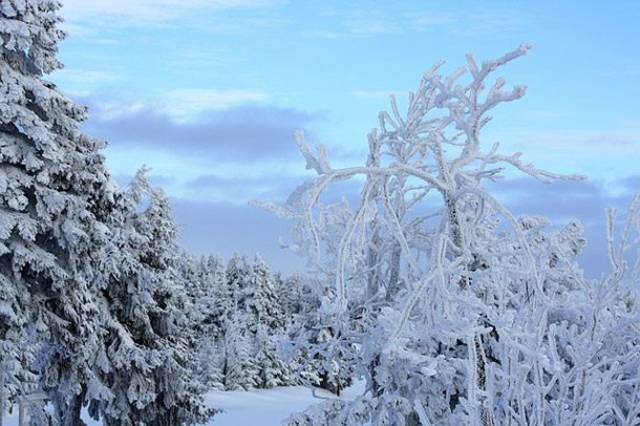 A professor from Northumbria University named Valentina Zharkova postulated that changes in temperatures from the sun could plunge the Earth into a new Ice Age between 2020 to 2050. She believes the Sun goes through cycles with the amount of heat it produces. It’s believed this happened before between 1645 and 1700. 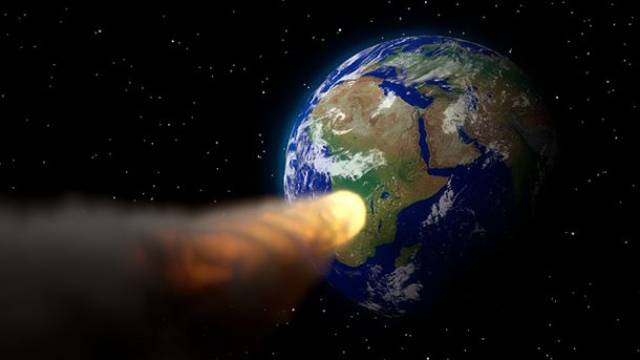 The end of the world has a name and it’s called 2000 SG344. Okay, arguably that’s not the most inventive or dramatic name. It is, however, an asteroid headed our way. Astronomers and scientists around the world verified that there’s a chance Earth and this asteroid could collide on September 21st, 2030. NASA is planning a manned mission out to the asteroid to land on it around 2030 as a stepping stone to reaching Mars. 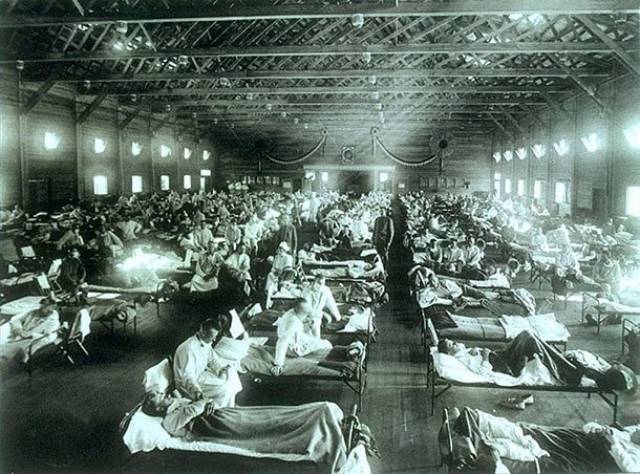 The last flu pandemic was the Spanish Flu, killing 500 million people around the world. That was almost 100 years ago. Bill Gates and medical experts have sounded the alarm that we are due for another flu pandemic, and we’re sorely unprepared. With the amount of mass transportation available in the world, including airplanes, boats, and trains, an unstoppable flu virus could spread like wildfire and kill 30 million people in a matter of months.

Joblessness Due to Artificial Intelligence 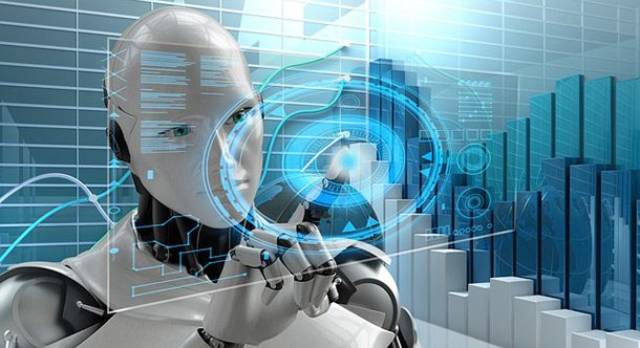 It’s no secret artificial intelligence is advancing at a staggering rate. With better automation, experts predict one-third of US workers will be jobless by 2030. 800 million workers will be displaced globally. Physical jobs are the most likely to be replaced with automation, including operating machinery and preparing fast food. With widescale unemployment, the division between wealthy and poor will only increase, leading to dramatic societal unrest and poverty. 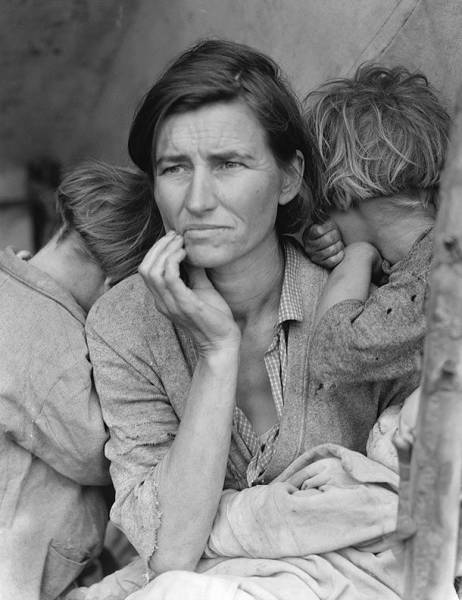 Predicting or seeing the signs of another Great Depression is no easy feat, but recently some experts have sounded the alarm, saying we’re headed toward one. Mark Yusko, CEO of Morgan Creek Capital, has made this prediction, believing things are flowing in the same way they did when the first Great Depression struck. Of course, even mass unemployment due to artificial intelligence could be a major cause. 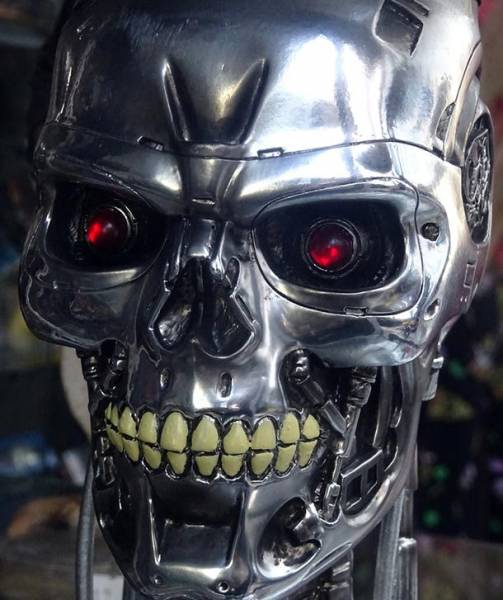 The advancement of artificial intelligence won’t just kill your job, it might kill you, too. A new arms race is already underway with global superpowers working to create autonomous drones and weaponry that can analyze data and make a decision to kill. While some might argue this will make warfare less bloody if artificial intelligence somehow attained consciousness, it could also mean the end of humanity. 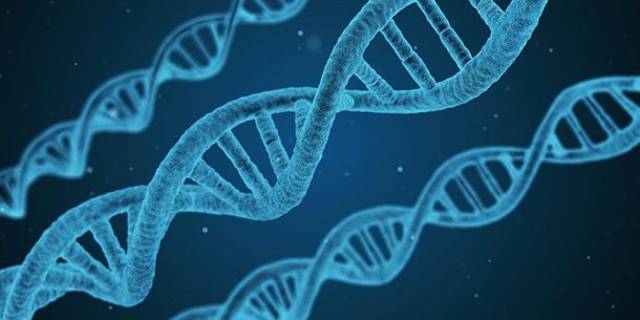 Advanced genetic engineering tools like CRISPR have been hailed as a new a technology to cure cancer and eradicated birth defects. However, by effectively tampering with the human genome, we could inadvertently cause tons of problems, including creating a superhuman race that’ll persecute and potentially kill the old or designing an unstoppable virus. 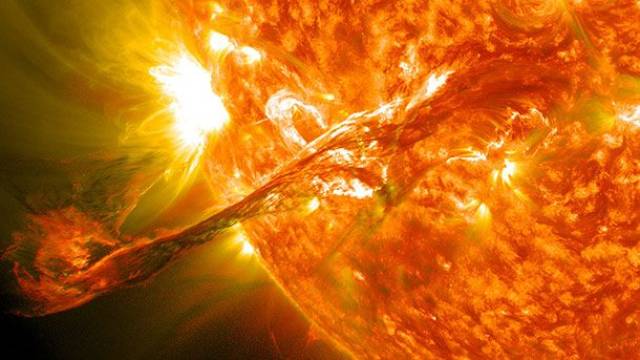 150 years ago, a massive solar flare hit the Earth. Back then with little electronic technology, the damage was insignificant. However, scientists believe we could be due for another anytime, and if it does occur, it’ll be catastrophic for society because the flare will knock out the Earth’s electrical grid, causing trillions of dollars in damage. With our society dependent on computers, it’s fairly easy to imagine chaos ensuing. 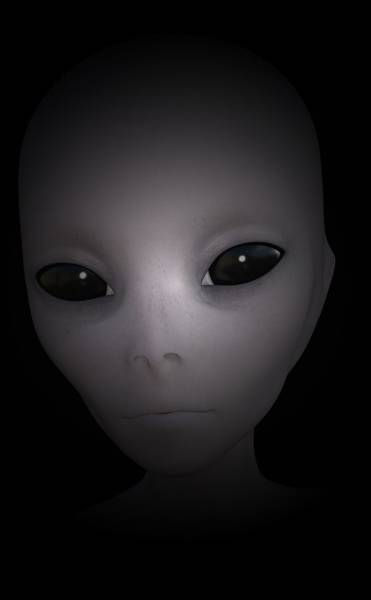 It’s a hard thing to imagine, but there’s a possibility we could make contact with extraterrestrials. In fact, our technological advances make it even more likely. Some scientists believe we could potentially make contact within the next decade. While this might sound exciting, it could also lead to a total cataclysm of the Earth. If the extraterrestrials are more advanced than we are, then they’ll likely wipe us out. There’s also the threat that they could bring new diseases. 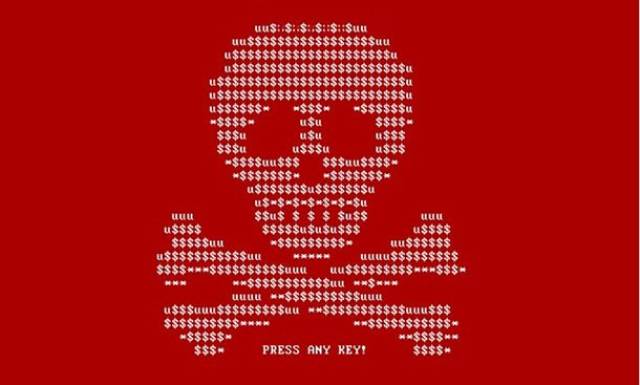 With the internet becoming part of our everyday lives, cyber attacks are more common than ever. From stealing credit cards to personal information, hackers continue to become more crafty. In 2017, a cyber attack hit more than 150 countries in a never-before-seen attempt that crippled the world’s largest institutions. One can imagine it’s only a matter of time before something else is released and it’s successful in taking down the entire system. 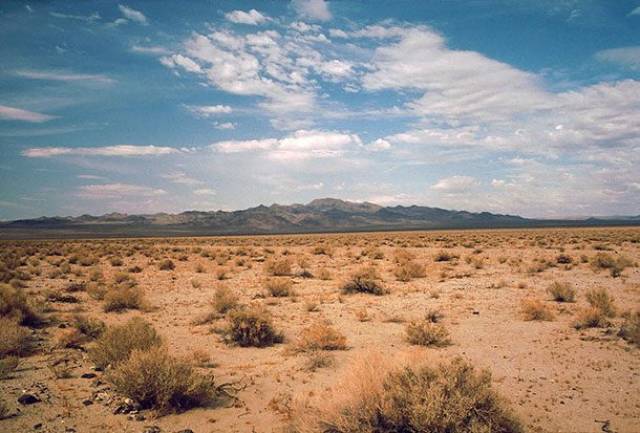 The world’s climate is drastically changing, causing unprecedented famine, droughts, and floods in unexpected places. With such drastic changes in the environment, entire species of plants and animals could go extinct, causing a collapse of the ecosystem. Using satellites, scientists have said this process has already begun.

Still curious about global warming and the ecosystem collapse? You’ll definitely want to read 25 Most Endangered Primates We May Lose This Century. 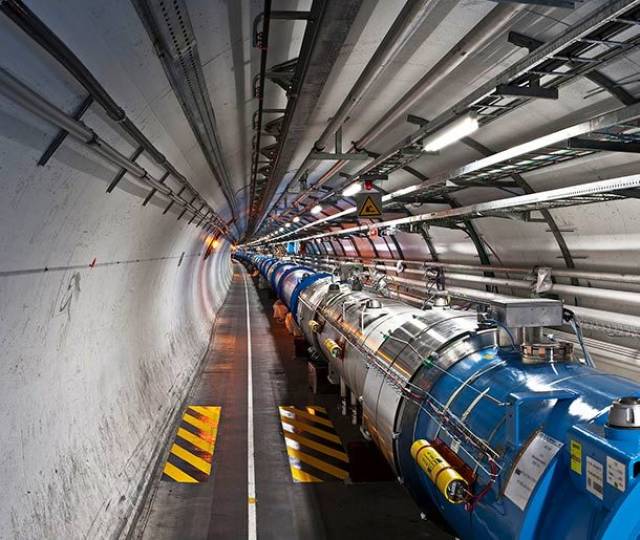 With the growing advancement of scientific knowledge, scientists wield a tremendous amount of power. From the Hadron Collider to building artificial intelligence, we’re now nearing a point where all it could take is one mistake from a lab for everything to go wrong and destroy the world. While you might think there’s plenty of controls in place to prevent something like that from happening, scientists have made plenty of mistakes in the past. 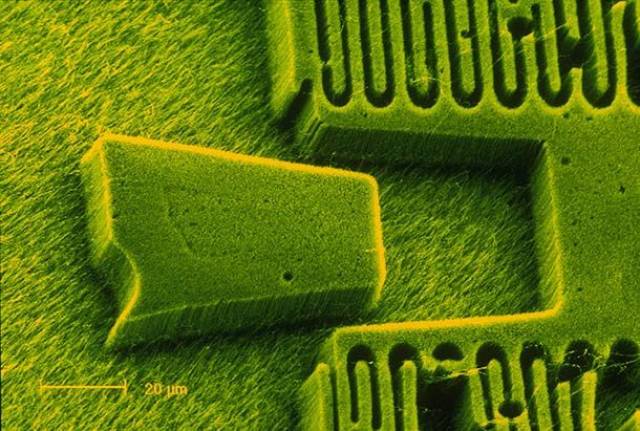 Nanotechnology is an up-and-coming new tech that utilizes tiny robots to carry out specific functions. Scientists hope this could help cure and prevent diseases. However, they also fear it could wipe out all of life on Earth by self-replicating and devouring everything in its path in what is known as the “Grey Goo Scenario.” 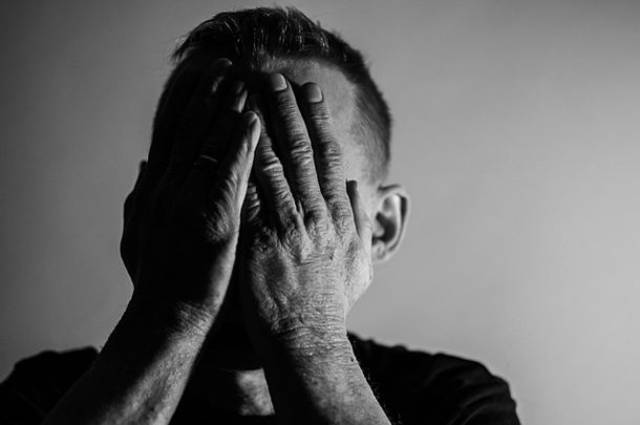 Despite having never-before-seen comfort in many developed nations, the world is increasingly developing more mental disorders, like depression, anxiety, and bipolar disorders. The World Health Organization stated that 300 million people worldwide have depression, an increase of 18% from 2005. If mental disorders continue to rise, and they’re left stigmatized, ignored, and untreated, the world would easily become destabilized. 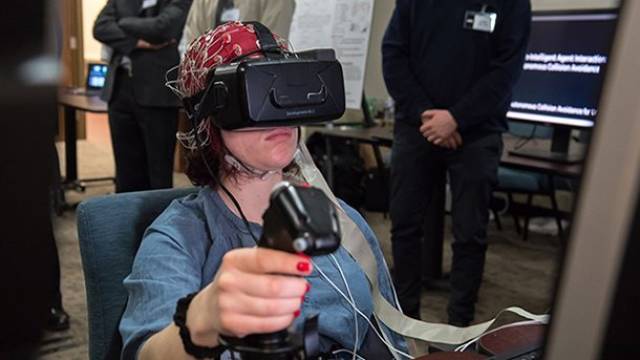 It might sound strange, like tinfoil-hat level of strange, but a growing consensus has been forming in the technology industry that we could be living in a computer simulation. Called the Simulation Hypothesis, it postulates that we’re nearing a time where humans can realistically simulate life on Earth using advanced computers. If that is the case, there’s a chance it’s already happened, and we’re living inside one of those simulations. This hypothesis also states that the simulation will eventually end when we reach the point of creating our own simulation. So, the end of the world could just be a simulation rebooting.

Varan1 2 year s ago
#9 As large as the plume of magma beneath Yellowstone is, and the size of the one underneath the big Island of Hawaii, the earth is ever so much larger. The distance between the two plumes is immense. There is no connection or relationship between the two in any conceivable way.
Reply