This Is What’s Exciting About History (28 pics)

A weeping George Gillette in 1940, witnessing the forced sale of 155,000 acres of land for the Garrison Dam and Reservoir, dislocating more than 900 Native American families 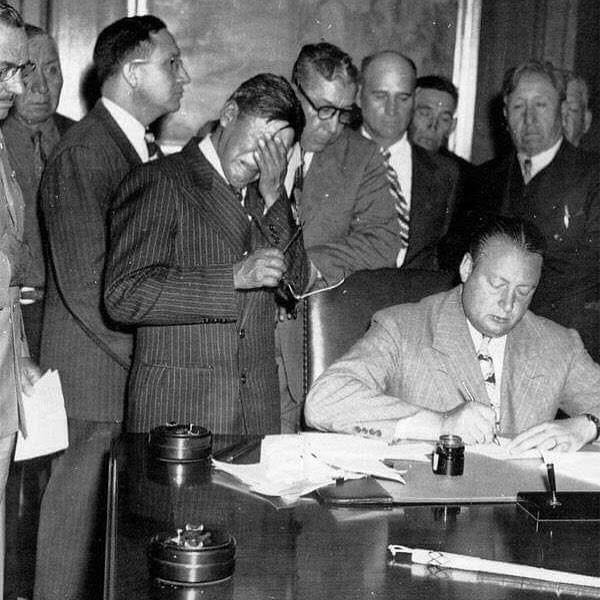 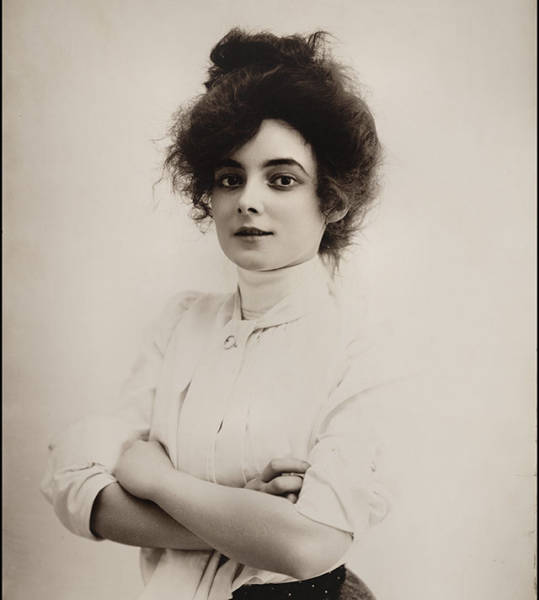 Hans-Georg Henke, a 16 year old German soldier, after a long battle he was captured by the American’s and taken as a POW. He burst into tears as a combination of shell shock and fear 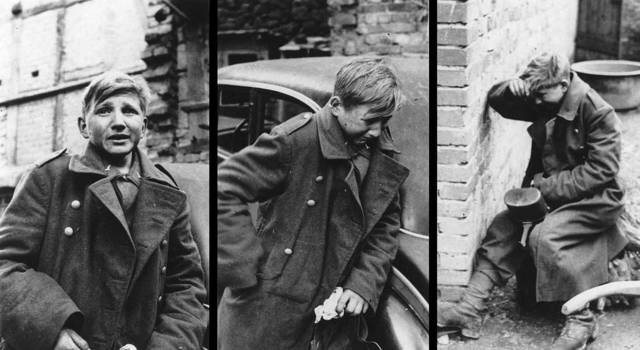 The only known authenticated photo (ferrotype) of Billy the Kid, c. 1879 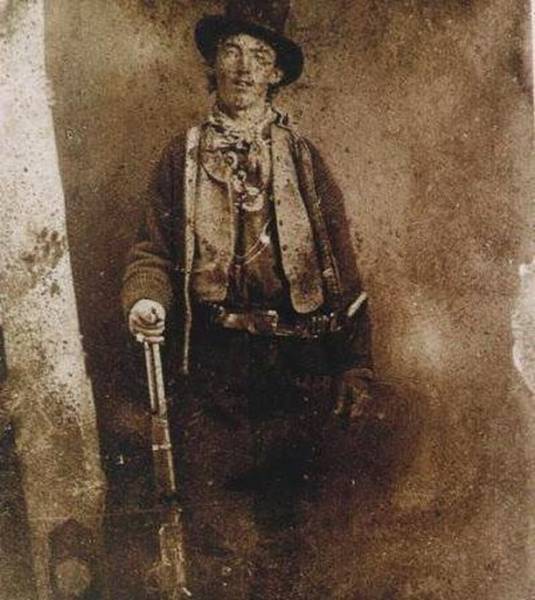 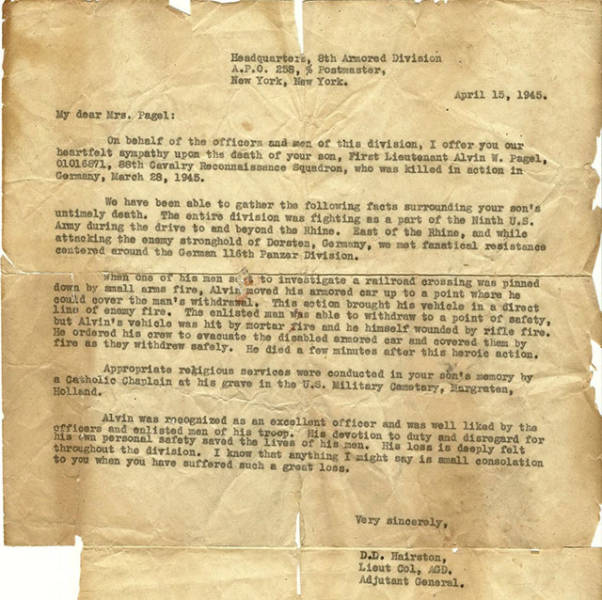 This daguerreotype is the earliest confirmed photographic image of Abraham Lincoln. It was reportedly made in 1846 by Nicholas H. Shepherd shortly after Lincoln was elected to the United States House of Representatives. 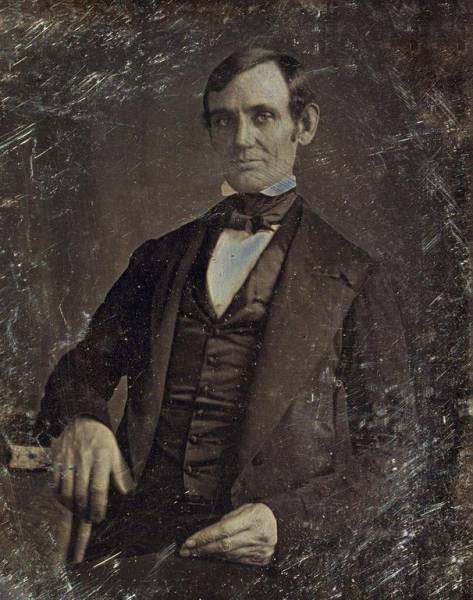 A soldier is helping a boy get over the Berlin Wall. 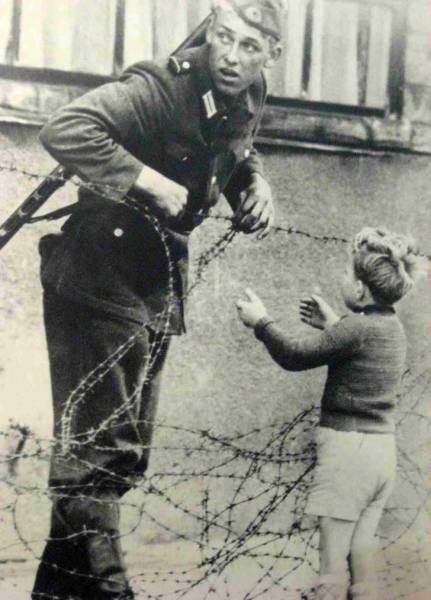 Apeman found in the jungles of Brazil, 1937 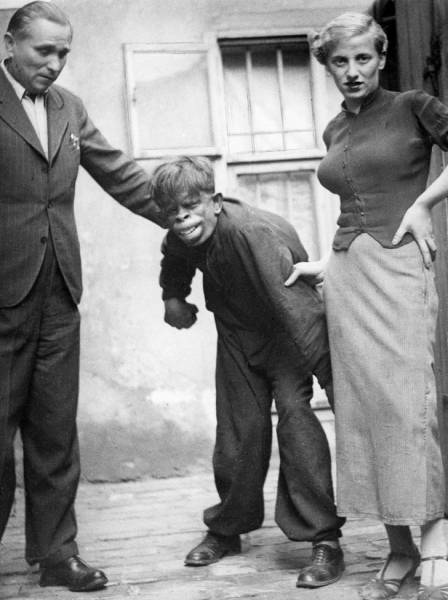 Leningrad during the USSR, 1970s 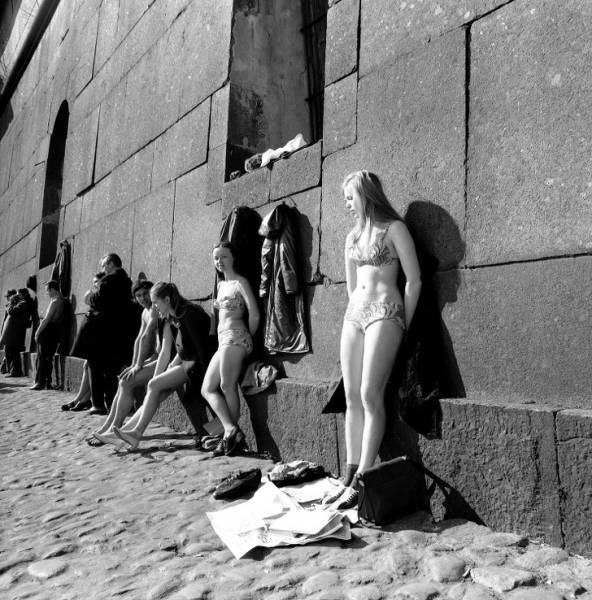 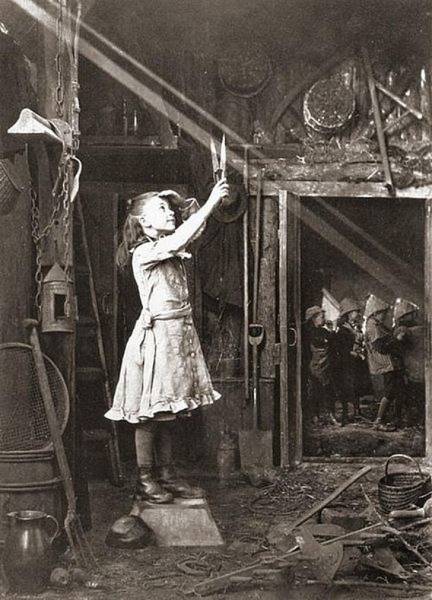 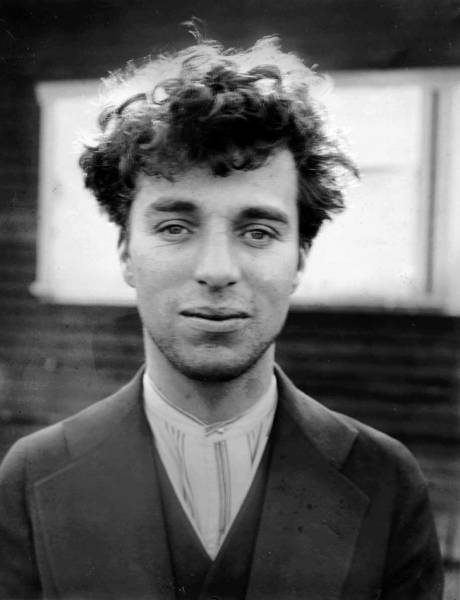 When the 2 sides finally meet: 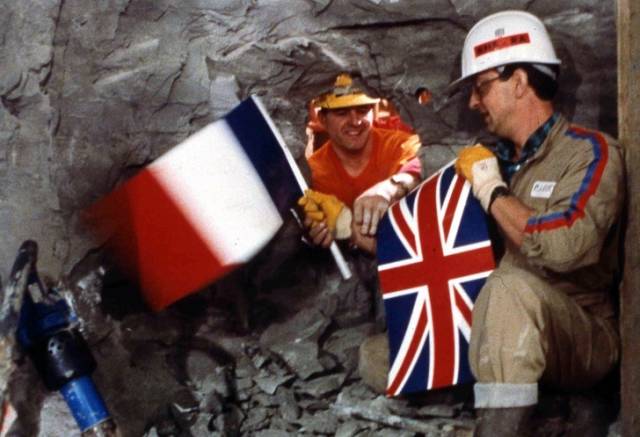 British and French tunnel engineers greet each other at the breakthrough point in the Channel Tunnel, 1990. 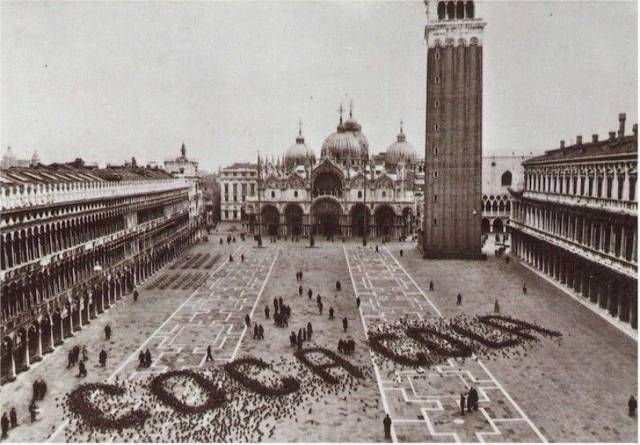 Venice is famous for the number of pigeons there. The local authorities even prohibited the tourists to feed these birds on St. Mark’s Square because there were a lot of them. In 1960, Coca-Cola used it for their advertisement campaign: they spread the seeds so that the pigeons that flew to eat them made a giant Coca-Cola inscription. 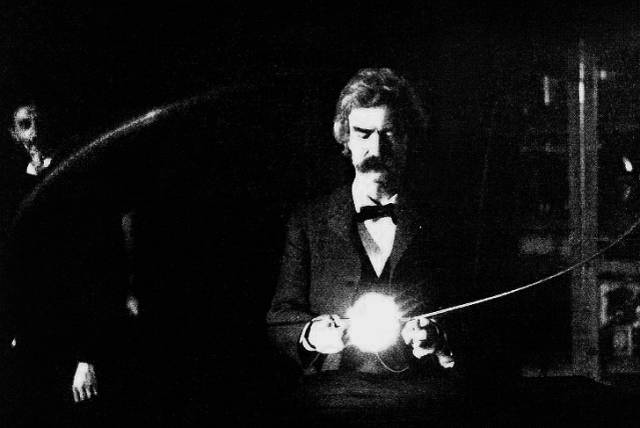 Telsa and Twain were good friends despite the fact that the writer was 21 years older than Tesla. The famous writer spent a lot of time in his friend’s lab. Once, Twain even wanted to test Tesla’s rejuvenating electric current. The experiment didn’t end well and the writer felt sick afterward.

This photo was made in 1894. Twain is holding an experimental electronic lamp. 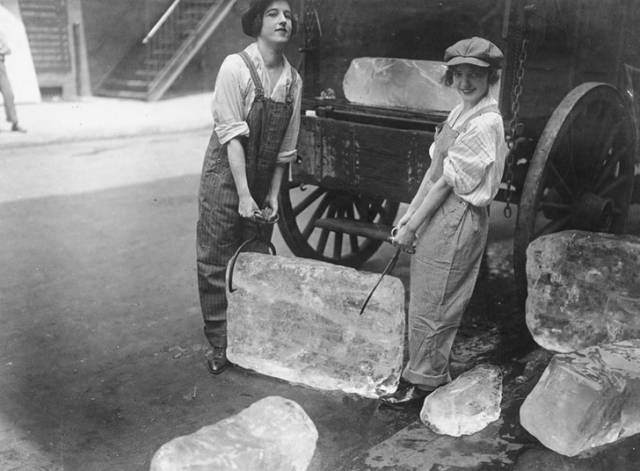 A woman riding an Autoped 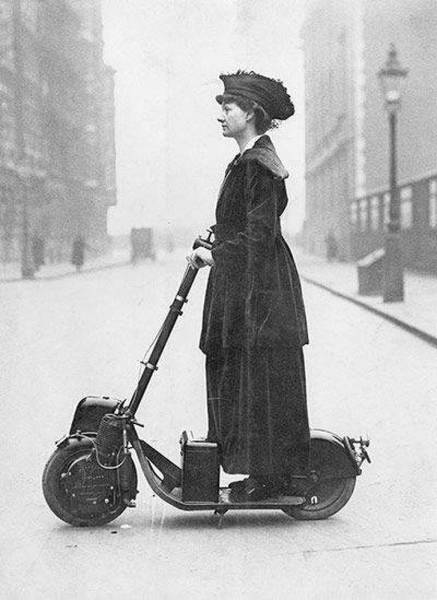 An Autoped is an early version of an electric scooter that was made by a New York company Autoped Company. It was produced from 1915 to 1921.

David Bowie at the age of 16 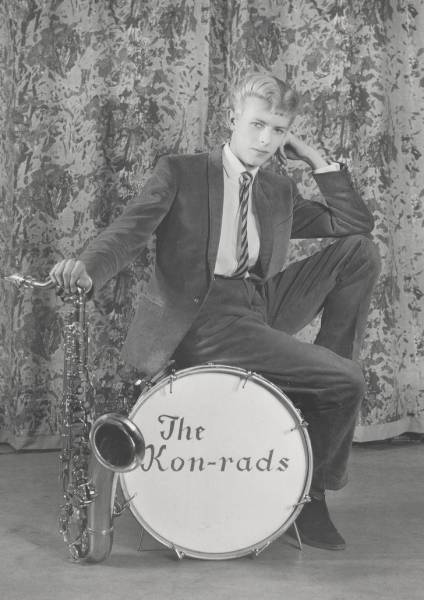 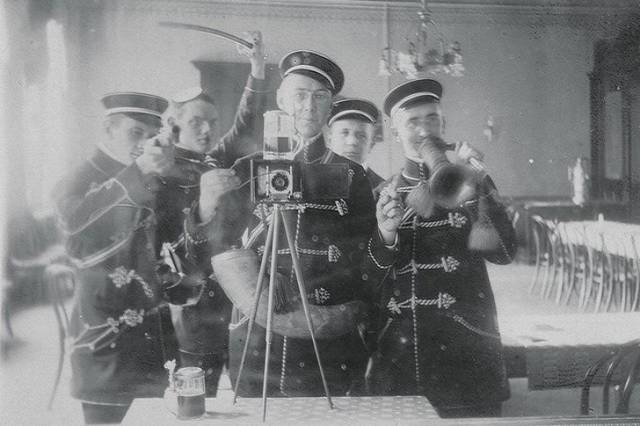 The first daguerreotype of Abraham Lincoln 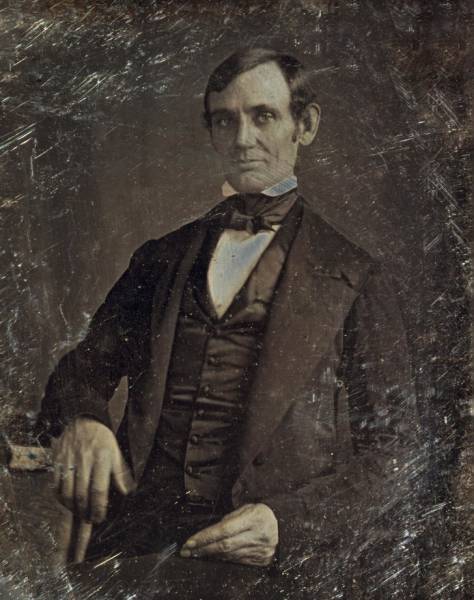 This is the earliest of Lincoln’s portraits. It was made by Nicholas Shepherd in 1846. 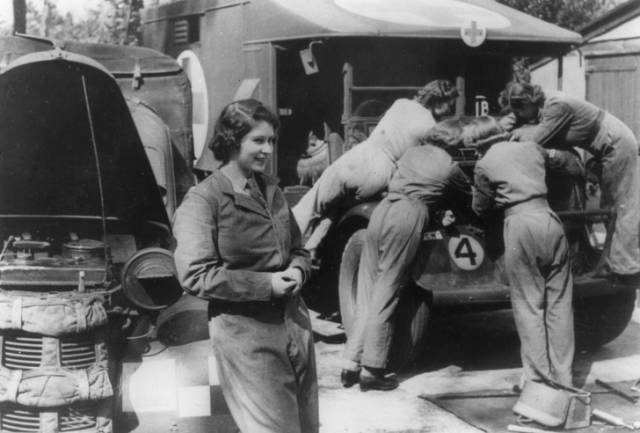 In 1945, the future Queen served in the Women’s Auxillary Territorial Service. 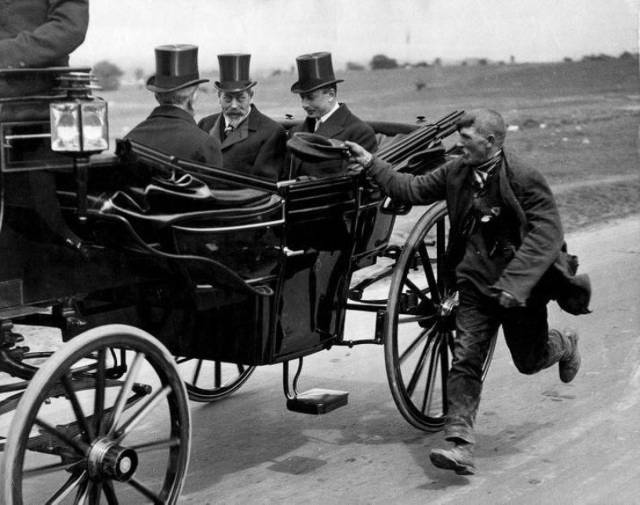 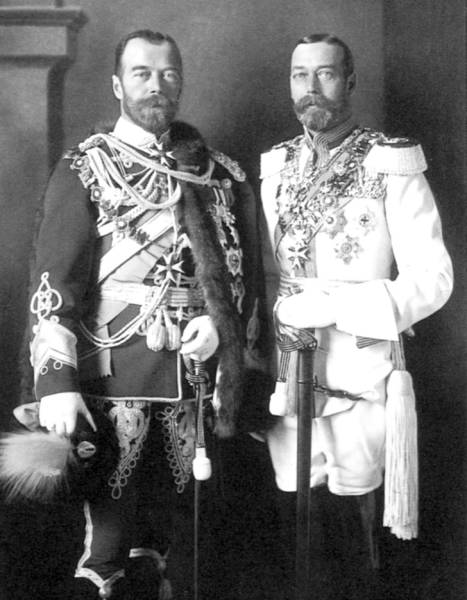 Look at how similar the English King and the Russian Tsar look! The thing is, they were cousins: their mothers were sisters.

The creation of propaganda posters during World War II 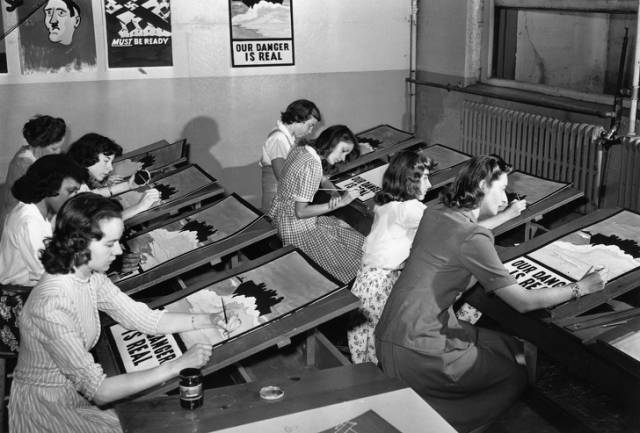 The last Thylacine on the planet 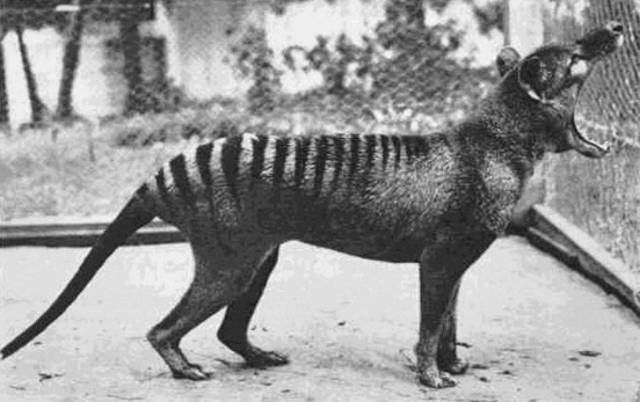 Thylacines are animals that went extinct not that long ago. This is Benjamin yawning in the zoo in 1933.

Men celebrating the end of the prohibition, December 5, 1933 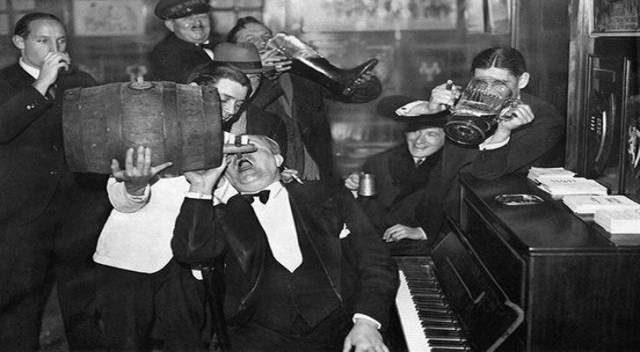 The construction of the Golden Gate Bridge 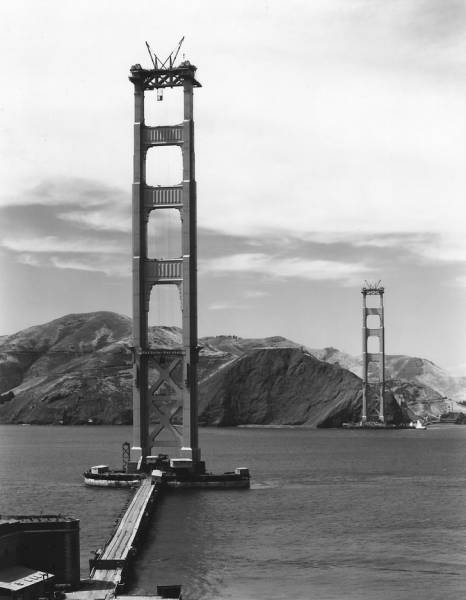 Anne Frank’s father Otto, revisiting the attic where they hid from the Nazis. He was the only surviving family member. 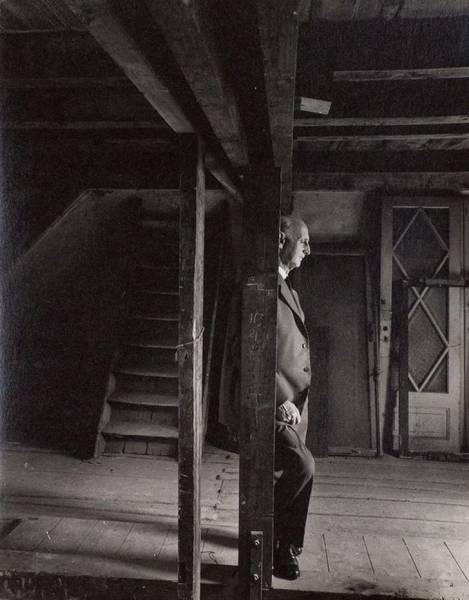 Anne Frank became famous for her diary that she wrote while hiding from the Nazis. Unfortunately, Anne died. Her father was the only survivor. 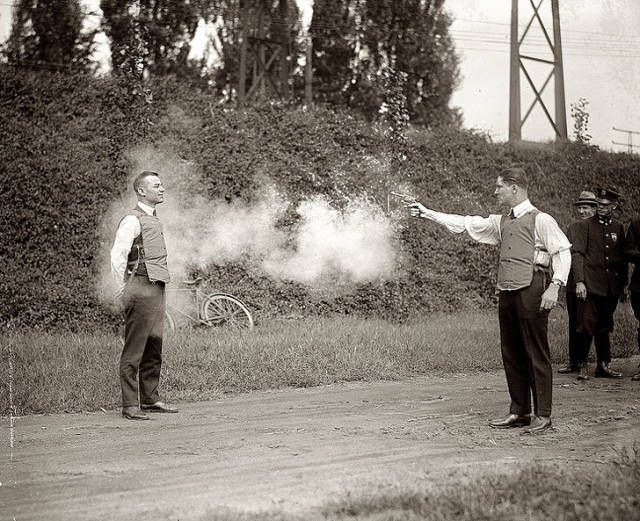