Are Genes Of Beautiful Celebrity Women Working On Their Children As Well? 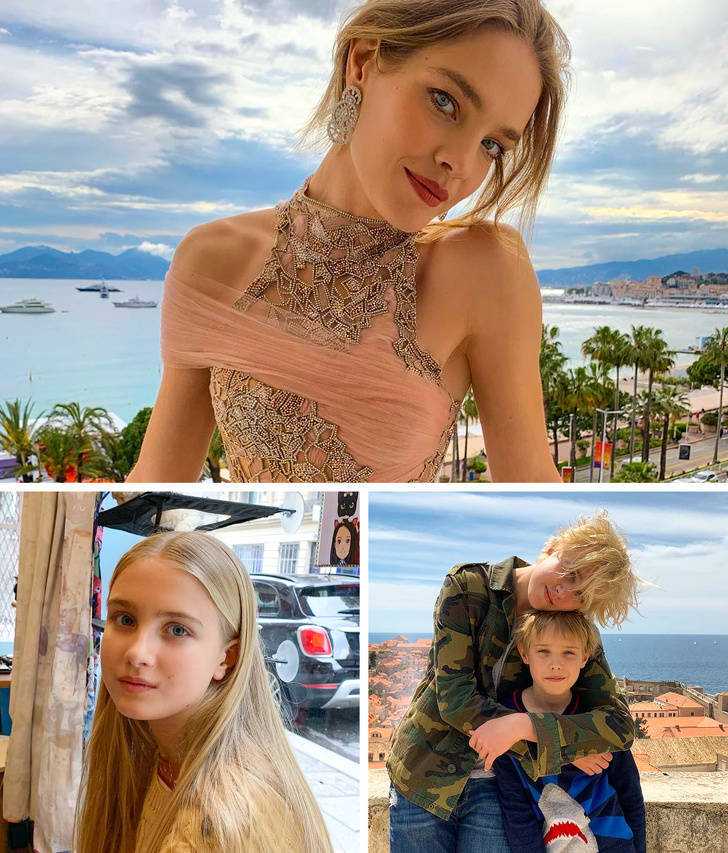 37-year-old Natalia Vodianova is not only a worldwide famous supermodel, but she’s also a mother of 5 children. When she was married to Justin Portman, she had 3 children: sons Lucas Alexandr and Victor (on the right) and daughter Neva (on the left). Her 2 other children, Maxim and Roman, were born when she got married to Antoine Arnault. 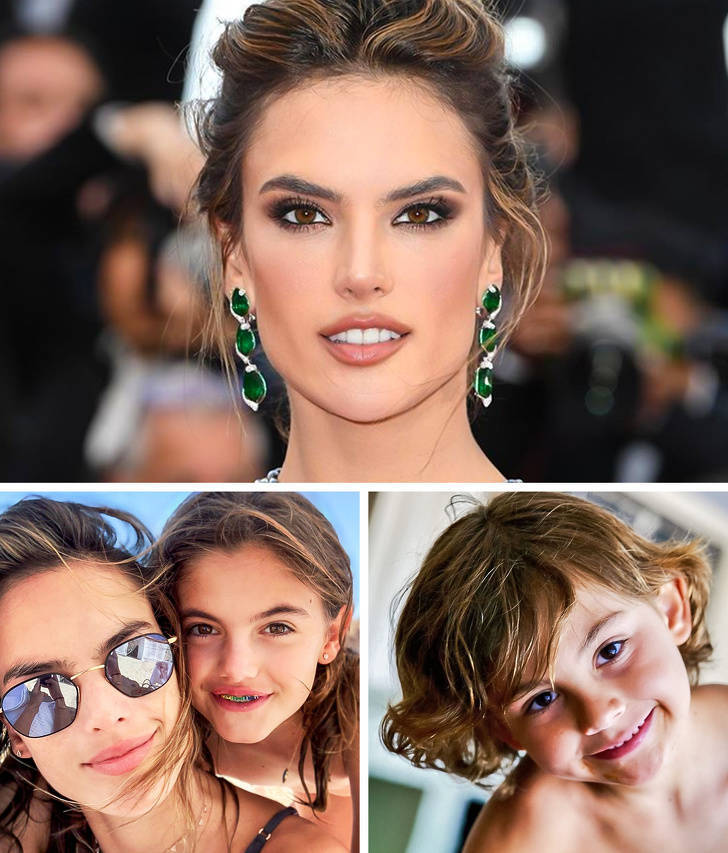 The Brazilian supermodel and actress with Polish-Italian roots, Alessandra Ambrósio, is mostly remembered as a Victoria’s Secret Angel. She worked with the company for 17 years. Ambrósio has 2 daughters, Anya and Noah, who share the same father, businessman Jamie Mazur. 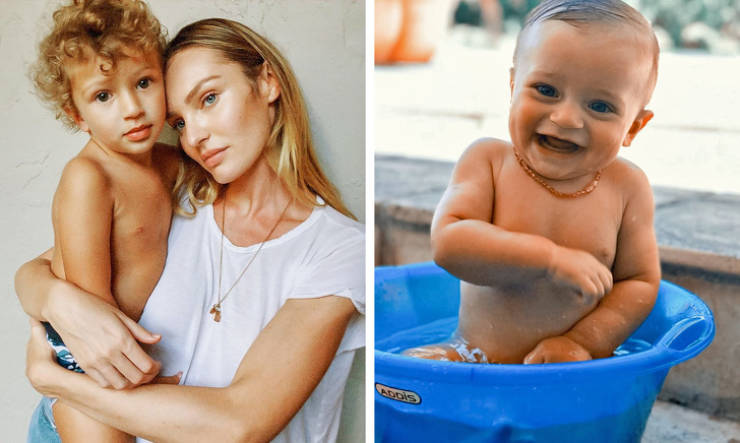 Candice Swanepoel with her sons

Candice Swanepoel is the face of several cosmetic and perfume companies. In 2007, the model first appeared in a Victoria’s Secret fashion show and since 2010, she has officially had becoming an “Angel” on the brain. For 12 years, Swanepoel was in a relationship with model Hermann Nicoli. They never got married but have 2 beautiful children together — Anaca and Ariel. 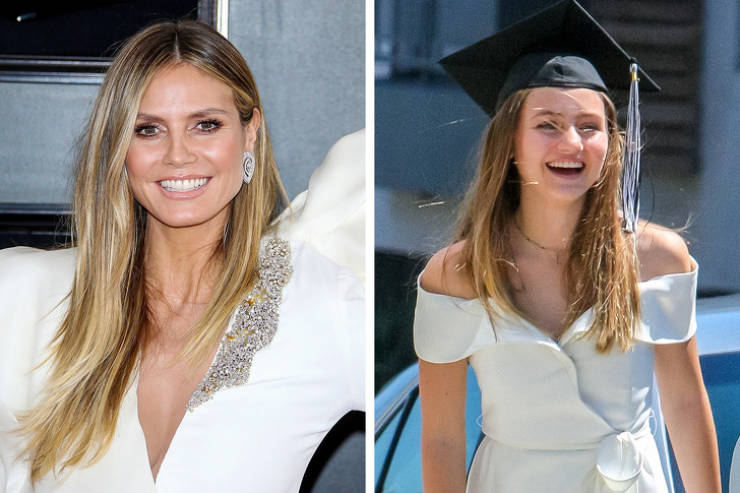 When Heidi Klum gave birth to her oldest daughter, she broke up with the girl’s biological father and started dating a singer named Seal who later adopted the child. With age, Helene became very similar to her mother. The couple now has 4 children: Helene Boshoven, Henry Günther Ademola Dashtu Samuel, Johan Riley Fyodor Taiwo Samuel, and Lou Sulola Samuel. In 2012, Klum and Seal broke up. 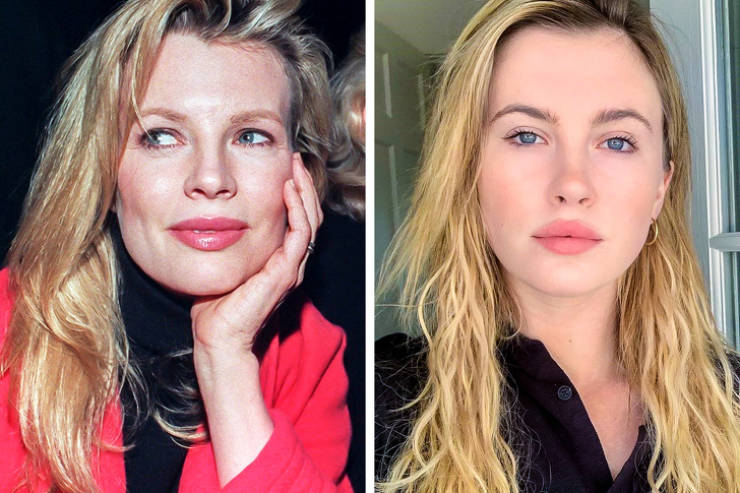 Ireland Baldwin is the daughter of model and actress Kim Basinger and actor Alec Baldwin. Since her childhood, the girl has always wanted to become a model but is actively working in this field despite being criticized for carrying some extra weight. Ireland is not ashamed of her body and regularly posts really revealing photos of herself on her Instagram page. 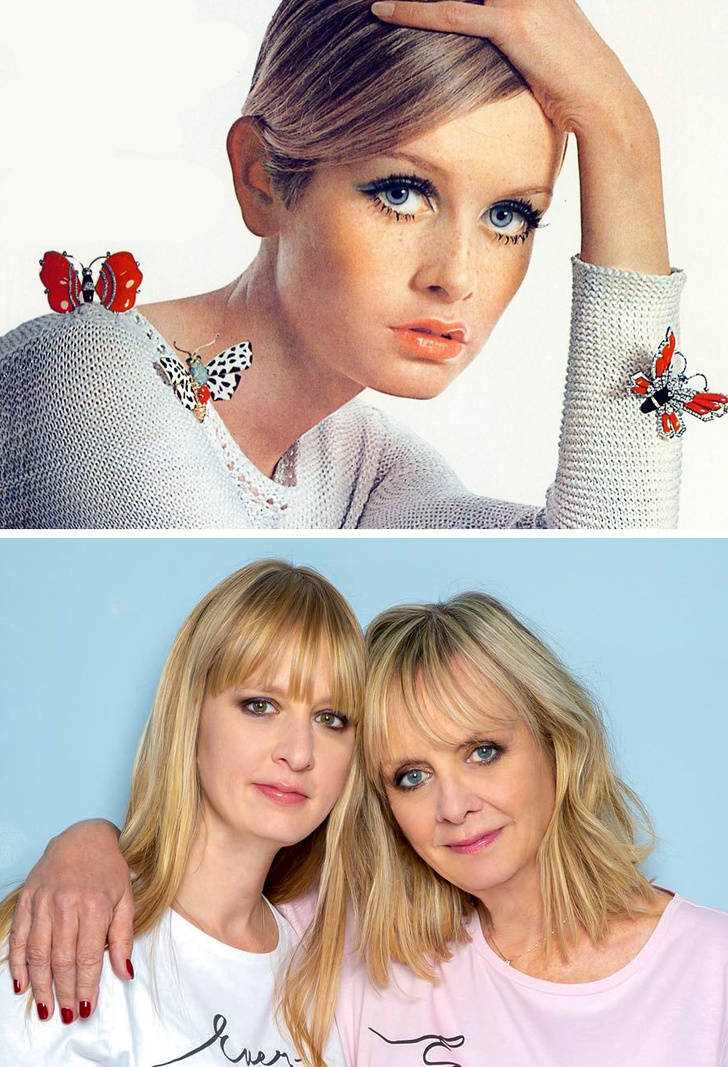 The legendary Twiggy and her daughter

Lesley Hornby, also known as Twiggy, is famous for being the first supermodel and an icon in the ’60s. In her first marriage to actor Michael Witney, the legendary model gave birth to her only daughter, Carla. Carla is also connected to the fashion world as a textile designer. 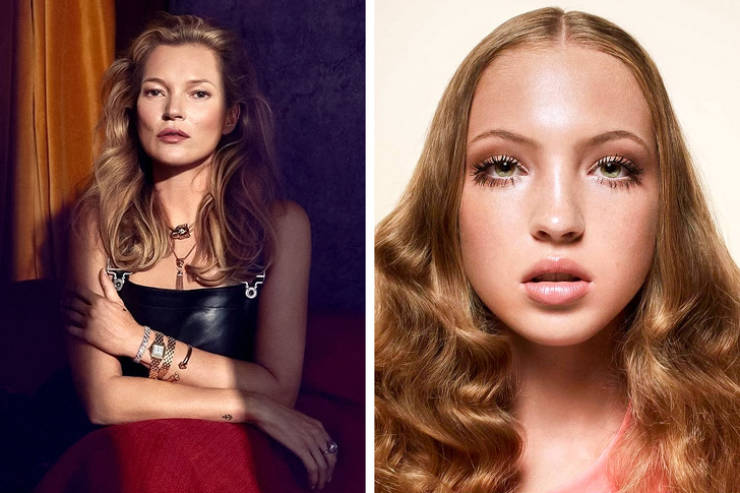 The daughter of Kate Moss

Kate Moss’s daughter followed in her mother’s footsteps and started building her modeling career. The girl has already become the face of the Marc Jacobs cosmetic line and has appeared on a few magazine covers including the one run by her father, Jefferson Hack. 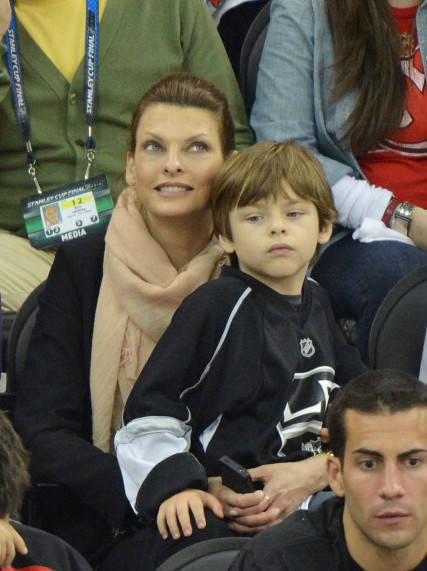 Linda Evangelista with her son

One of the iconic supermodels of the ’90s, Linda Evangelista, dated a French millionaire named François-Henri Pinault. When Pinault found out that Evangelista was pregnant, he broke up with her immediately and soon married Salma Hayek. Evangelista gave birth to her son Augustin and had a long-term lawsuit against his father. She wanted to make him pay for child support. 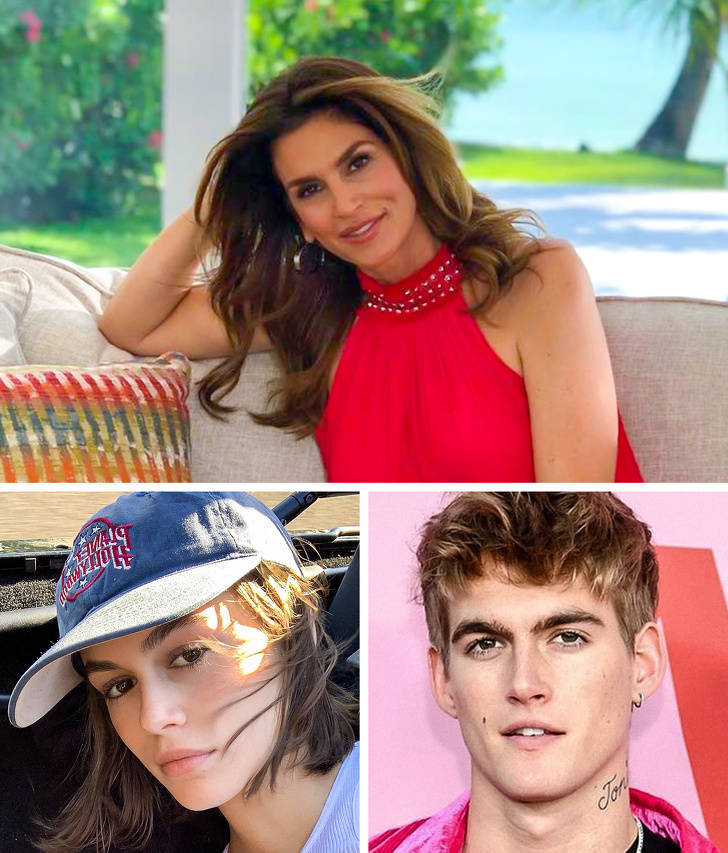 Kaia and Presley Gerber won the genetic lottery! Their mother is a legendary supermodel and their father is a restaurateur but in the past, he was a model too. Both Kaia and Presley are becoming more and more popular in the fashion industry, signing contracts with leading brands and doing photo shoots for magazines. They aren’t far behind the Hadid family in terms of popularity. 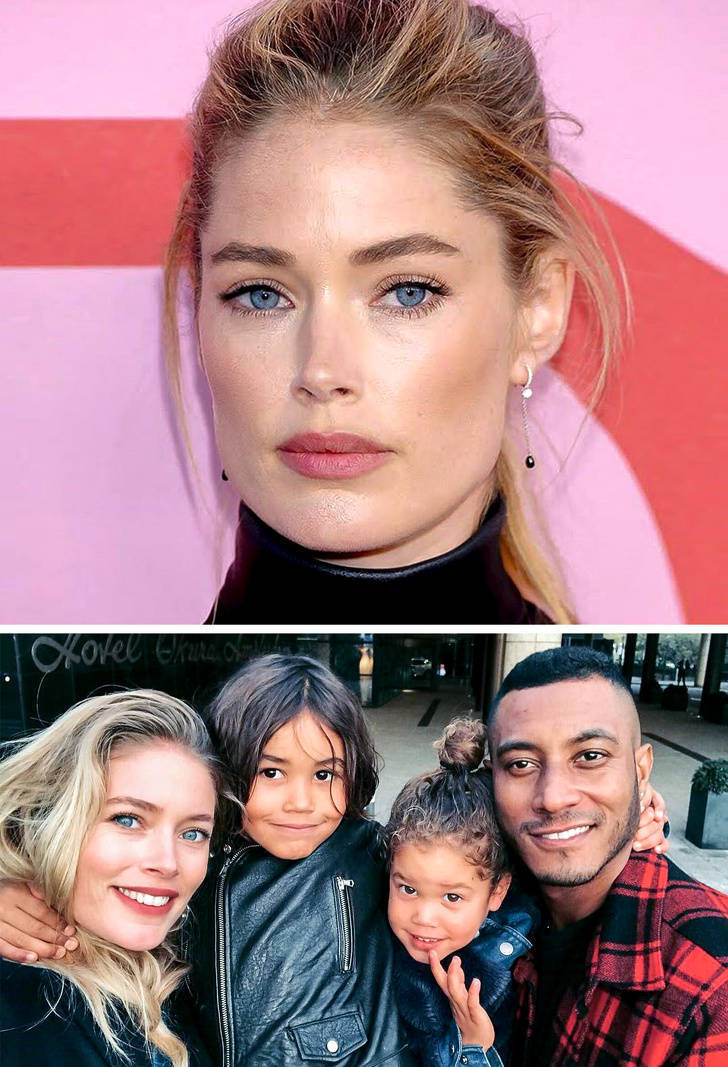 Dutch supermodel and actress Doutzen Kroes represents a small ethnic group known as the Frisians. The model is married to DJ Sunnery James and together they’re raising 2 children, son Phyllon Joy and daughter Millena May. 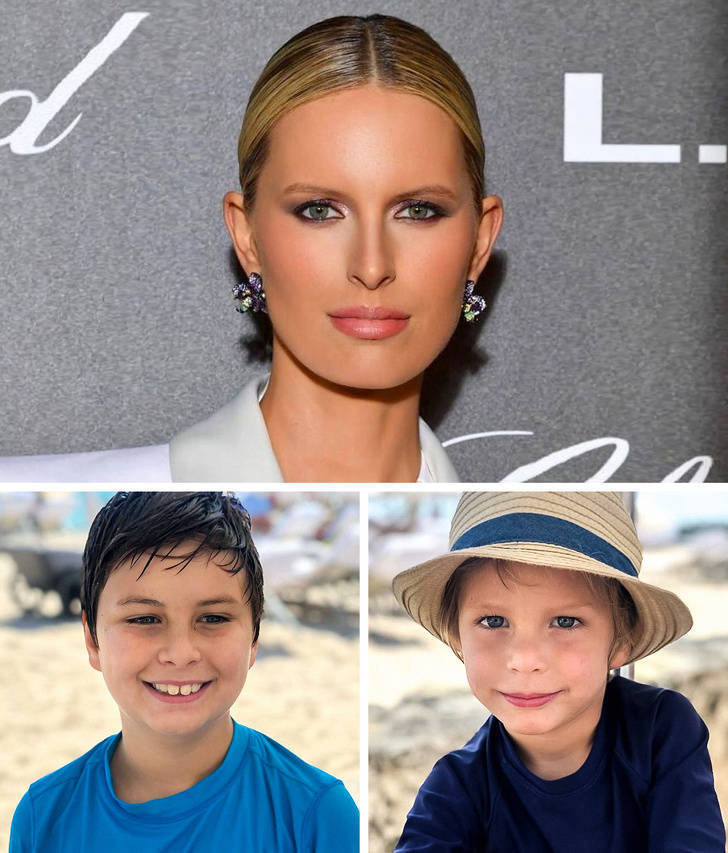 The sons of Karolína Kurková

The Czech model, Karolína Kurková, was the sexiest blonde woman in 2007, has done more than 40 Vogue covers all over the world, and became one of the most well-paid models around. Kurková is happily married to a movie producer named Archie Drury and together are raising 2 children, Tobian Jack and Noah Lee. 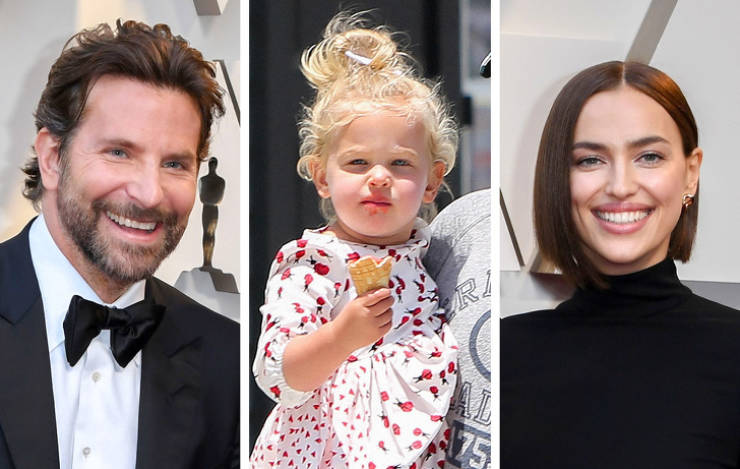 The daughter of Irina Shayk and Bradley Cooper

In 2017, Russian supermodel Irina Shayk and actor Bradley Cooper had a daughter named Lea de Seine Shayk Cooper. Unfortunately, in June 2019, the couple broke up but we’re looking forward to watching the baby grow up and seeing the combination of her attractive parents’ genes.

Concern 3 year s ago
Wtf you're asking me if I think their children are hot? Wtf that's gross gtfo
Reply
How to comment
NO FUCKING RULES!!!