Celebs And Meanings Behind Their Tattoos (11 pics) 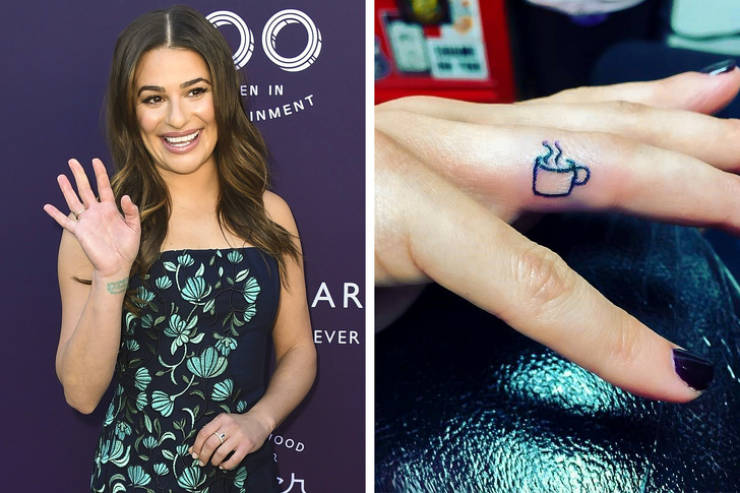 Actress Lea Michele got a tattoo on her ring finger in honor of her grandmother. On her Instagram page, the actress wrote, “I lost my beautiful grandma this week...she wasn’t your typical grandma. She gave me my first cup of coffee when I was 8 years old. She said something inappropriate to every boyfriend I’ve ever had. She never made pie or knit me a sweater. But she was my grandma and I loved her...more than anything. I love you, Grandma.” 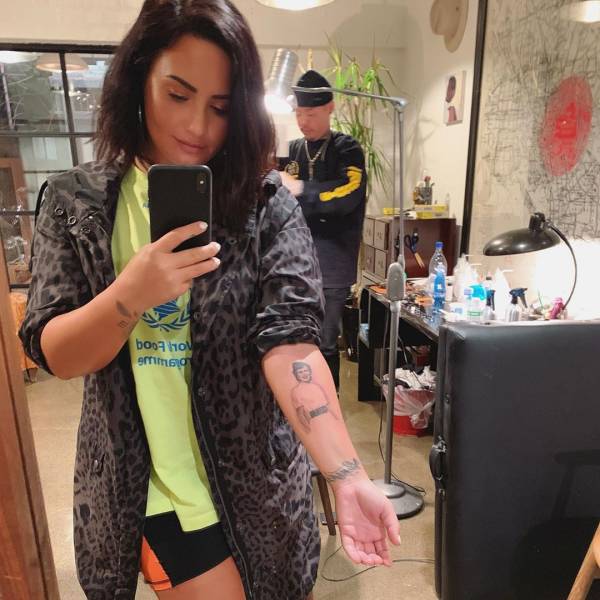 Demi Lovato got a tattoo on her arm in the form of a portrait of her grandmother at the age of 26. She said on her Instagram page, “You at 26 on my arm while I’m 26, and forever. I love you more.”

Sophie Turner — a “G” on her little finger
3 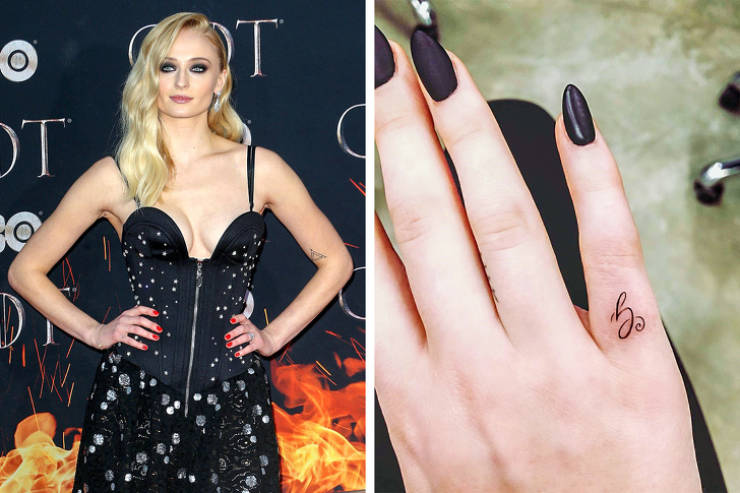 The star of Game of Thrones, Sophie Turner, got a “G” on her little finger in memory of her grandfather. 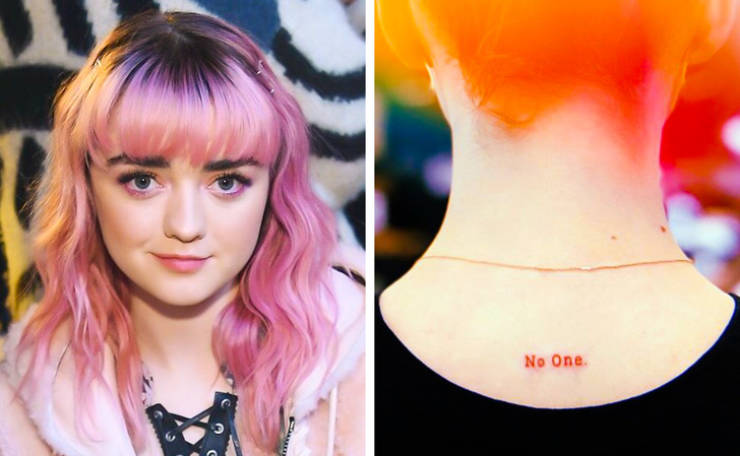 Sophie Turner’s colleague from Game of Thrones, Maisie Williams, decided to get a tattoo in memory of her character Arya Stark.

Dax Shepard — a bell on his ring finger
5

The actor got a bell-shaped tattoo on his ring finger in his wife’s honor, actress Kristen Bell. He also got the initials of their child that wasn’t even born at the time — the letter D. According to Bell, he was surprised with that because the couple hadn’t chosen a name yet. So of course, they had to name the girl Delta. 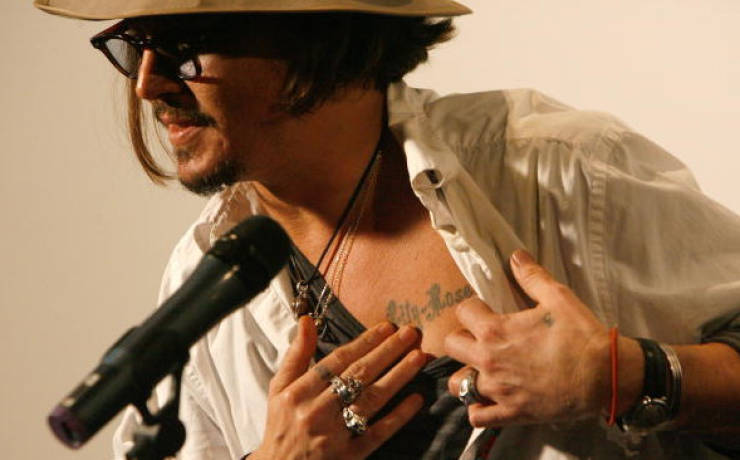 It’s quite popular among actors to get tattoos in honor of their relatives. So Johnny Depp got his daughter’s name, Lilly Rose on his chest. 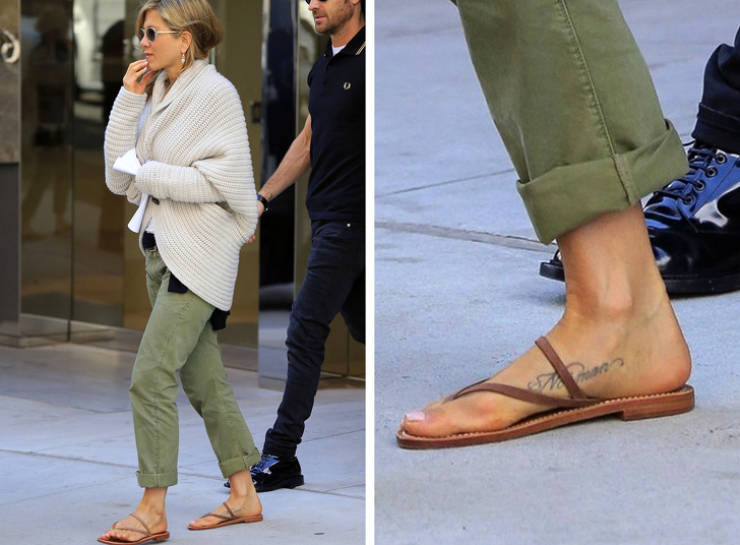 For this actress’s first tattoo, she got the name of her dog that had passed away. His name was Norman. Anniston had a tough time dealing with the loss and even burst into tears when she was talking about her pet.

Cara Delevingne — “bacon” on her foot
8 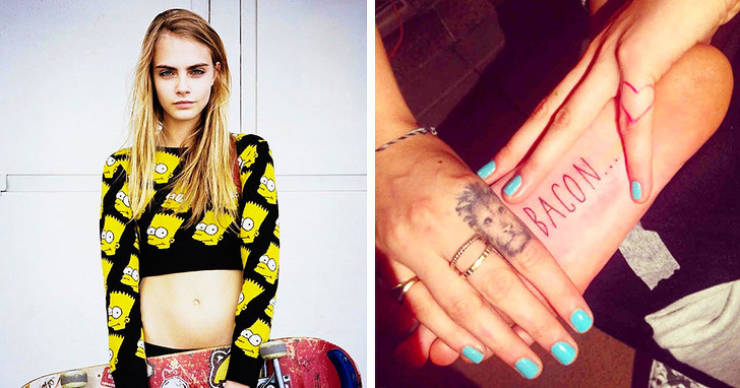 Everything would’ve been nice about this tattoo if it hadn’t been for this: Cara Delevingne is a vegetarian. And the model thinks that she is probably going to add the word “vegetarian” to “bacon”.

Jennifer Lawrence — H2O on her hand
9

The actress got a small “reminder tattoo” on her hand. According to Lawrence, the picture was supposed to remind her to drink enough water. However, she doesn’t really follow this plan and just has a cool H2O tattoo. The actress kindly calls it an “idiot’s tattoo”.

Chanel Iman — a hanger on the neck
10 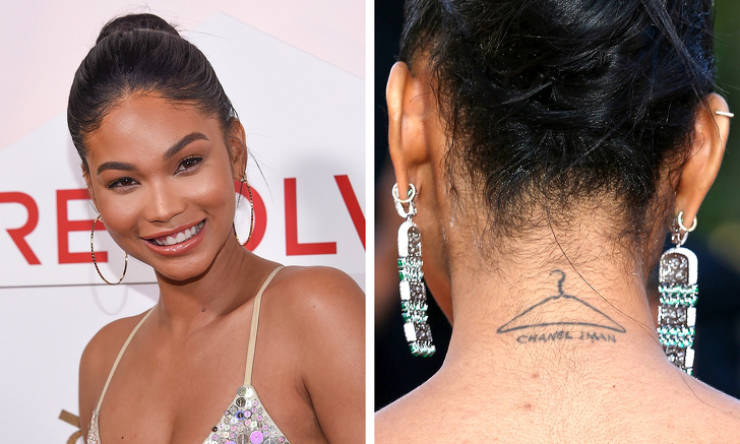 The model has been criticized for this tattoo many times. But she explains that she sees the point of her profession in this tattoo.

Bonus: Tom Holland — a spider on his foot
11 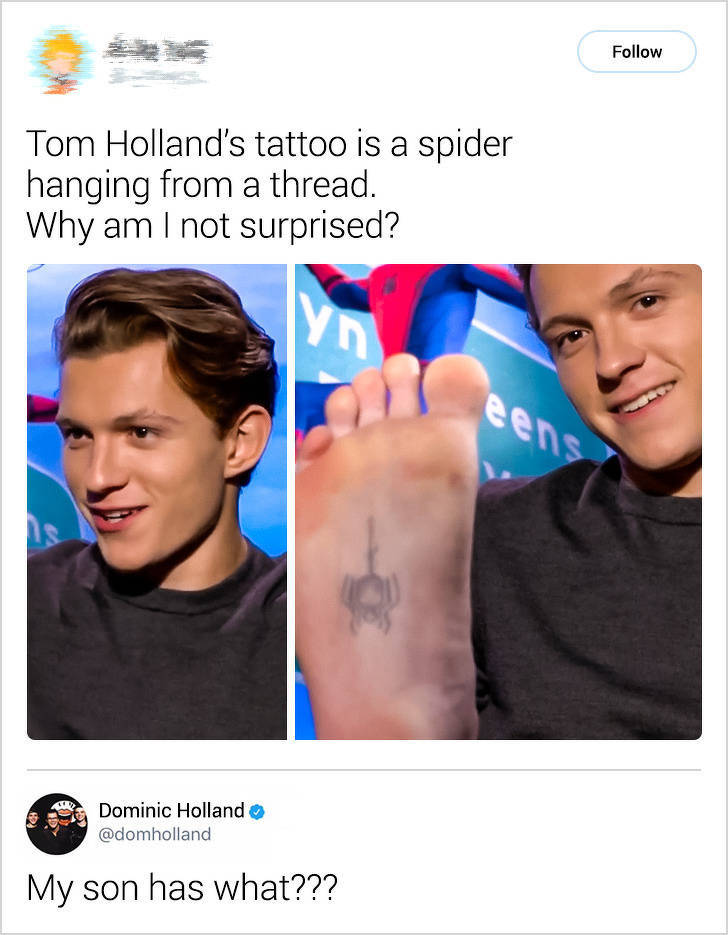 The guy who plays Spider-Man got a pretty predictable tattoo on his foot. But his father’s reaction on Twitter was really priceless.