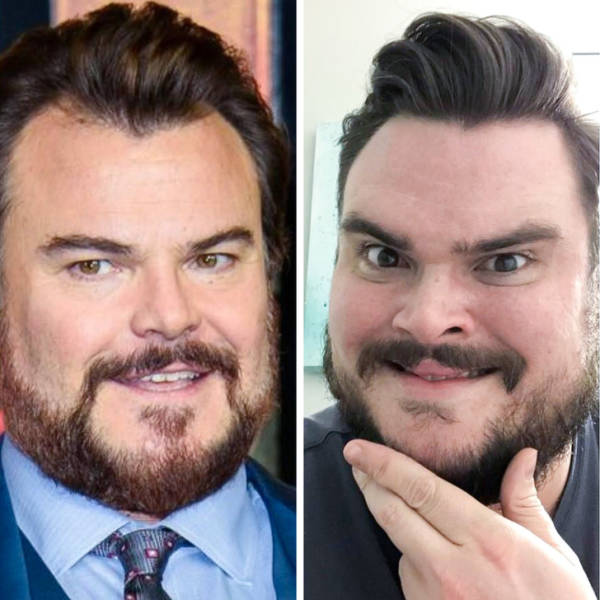 “Try to guess which one is Jack Black! I’ve been confused for him my entire life! If someone knows him, tell him I’m a huge fan and that he looks like me. Not the other way around!” 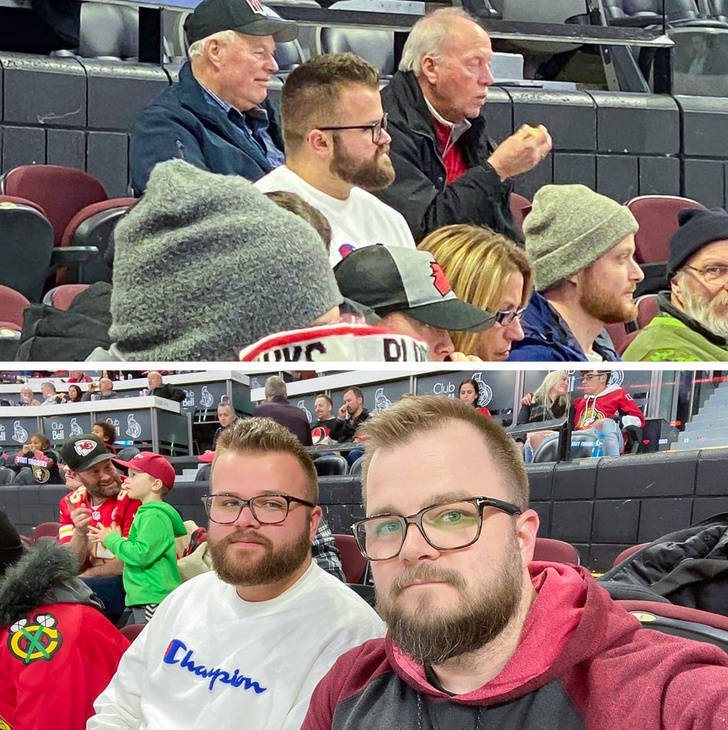 This guy met his twin at a hockey game. 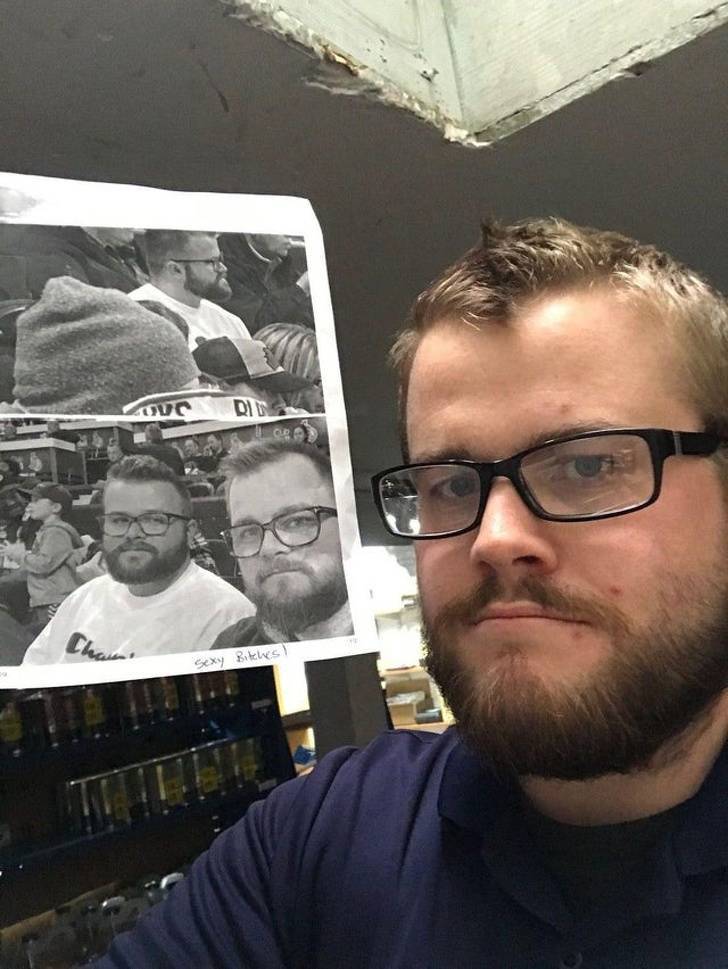 And then it turned out that there were 3 of them. 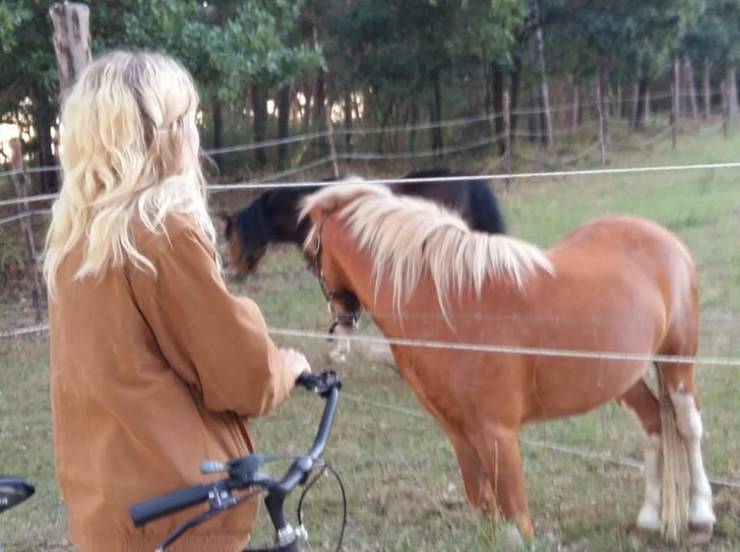 “My girlfriend and a similar looking horse.” 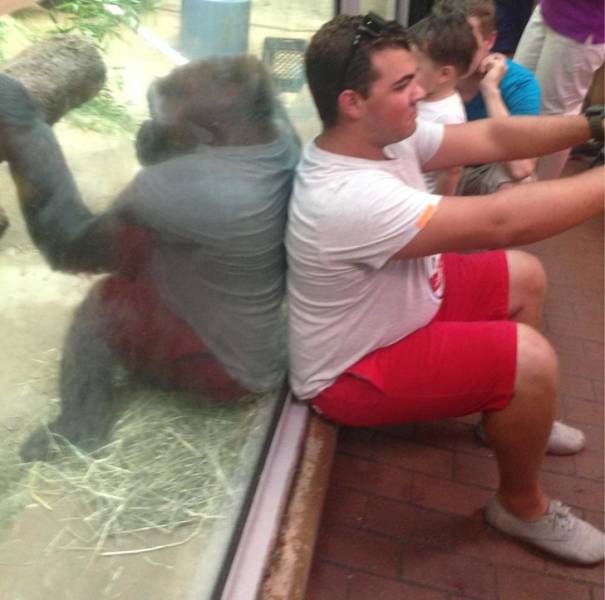 This guy is taking a selfie and the gorilla is doing the same. 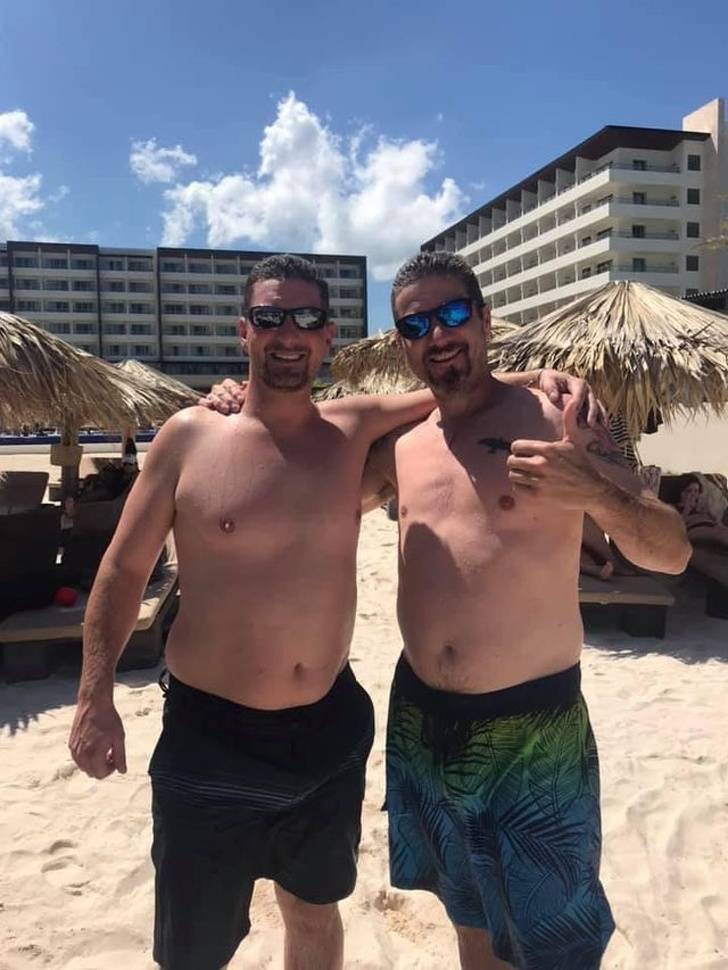 “Found my dad’s doppelgänger on a trip to Jamaica.” 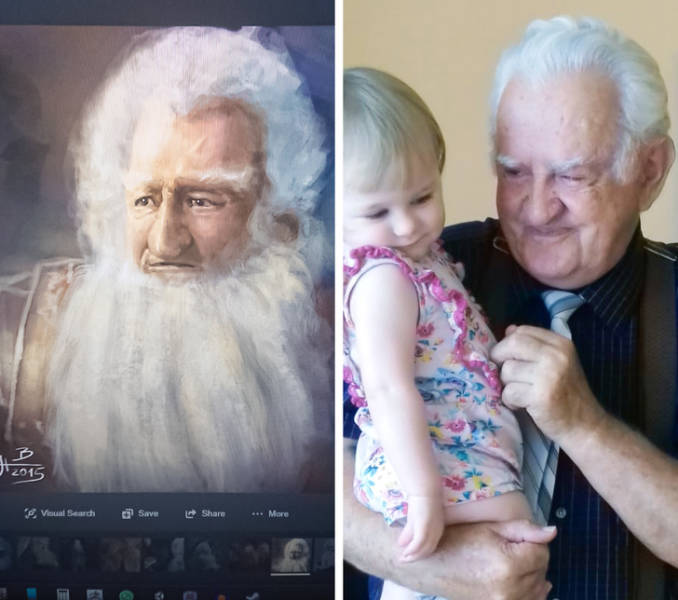 “My father in law looks just like a beardless Balin from The Hobbit.” 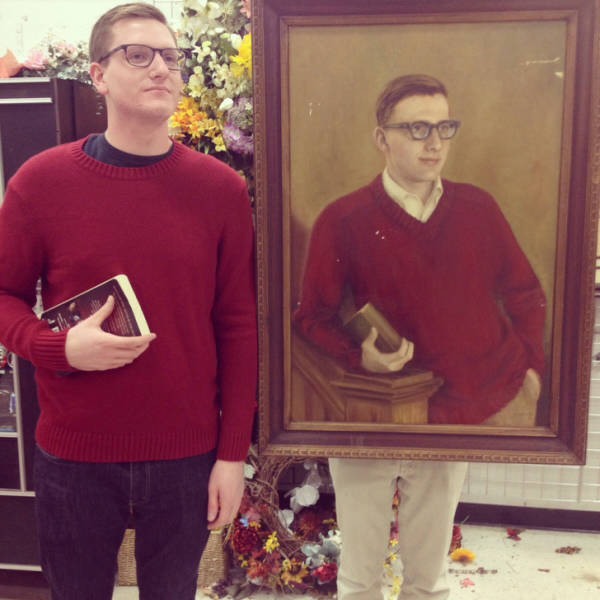 “I found this random painting in a thrift store that looks unsettling similar to me.” 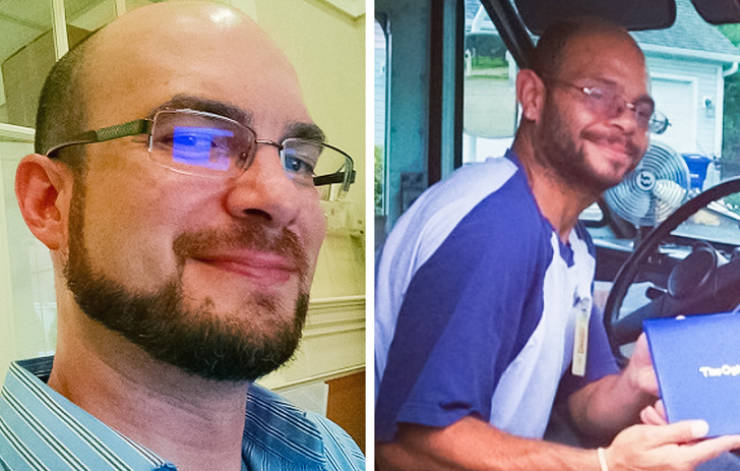 “I’m your twin brother too!” 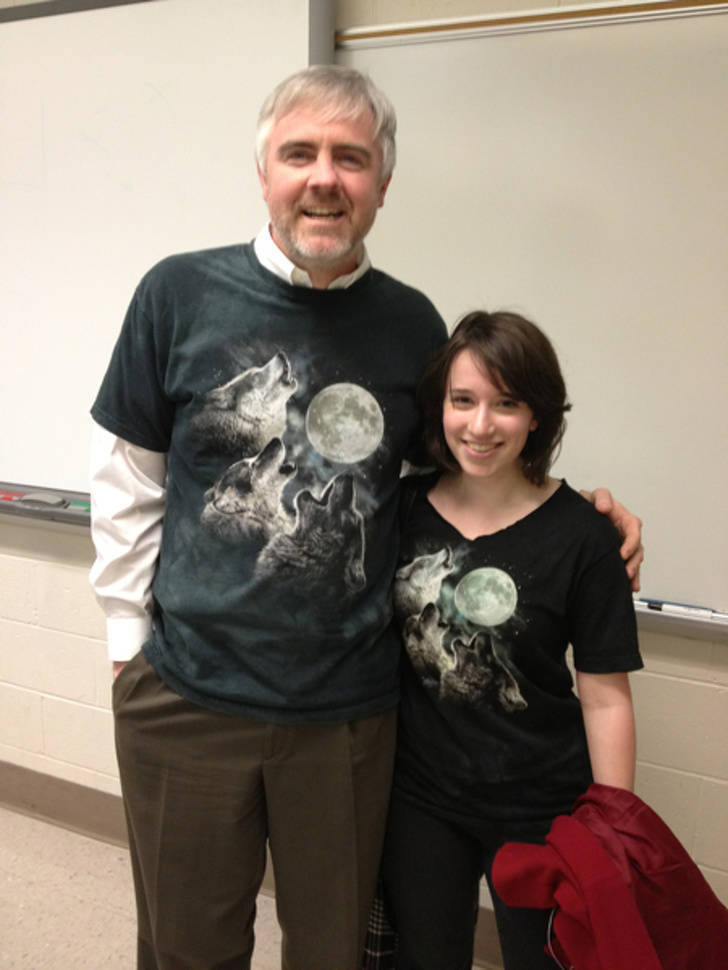 “My English teacher and I have similar wardrobes.” 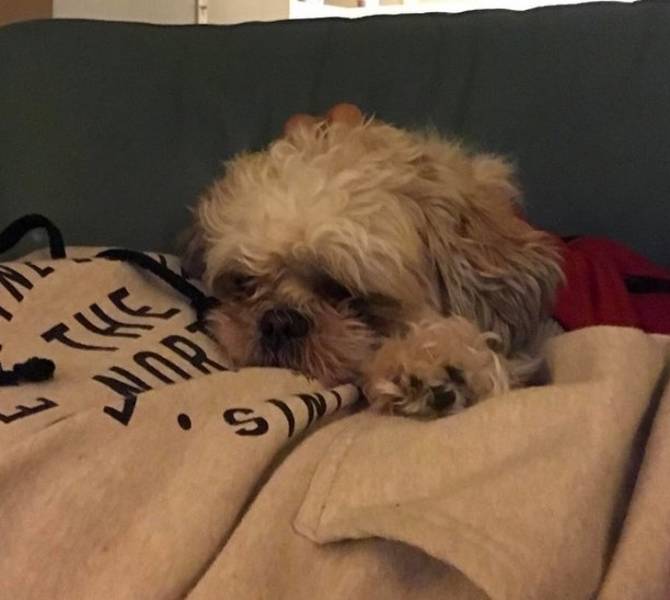 “Our dog’s paw looks like a mini-version of him.” 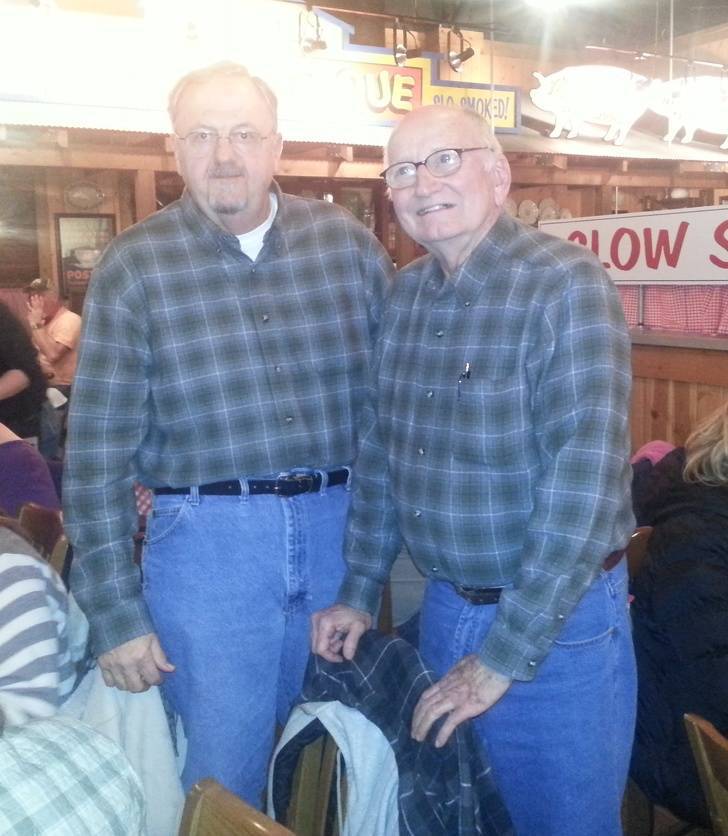 “When my wife’s family and mine met for the first time, our grandfathers were oddly similar.” 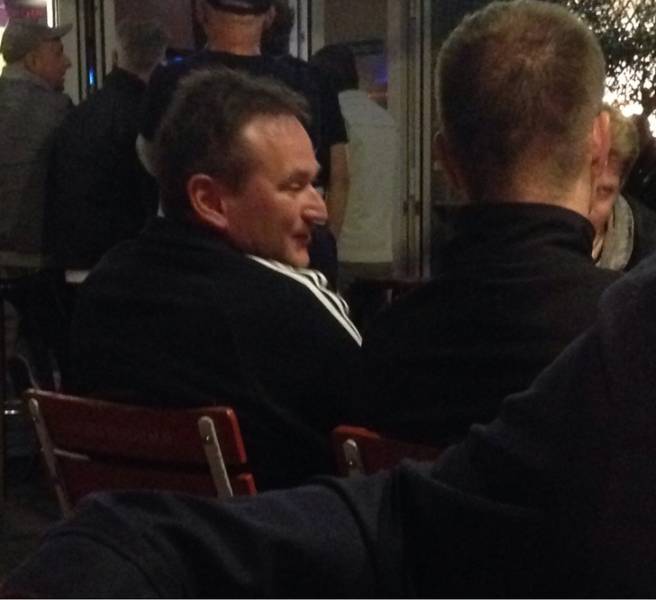 “Pretty sure I saw Robin Williams’ identical twin while on vacation in Germany.” 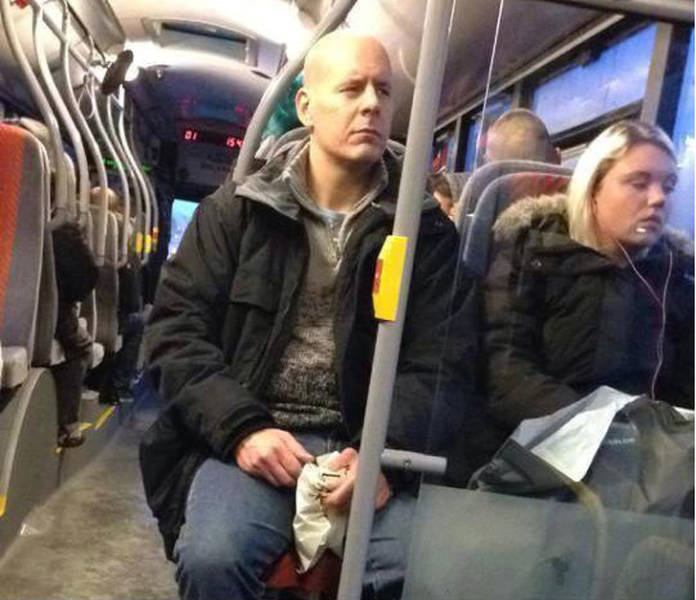 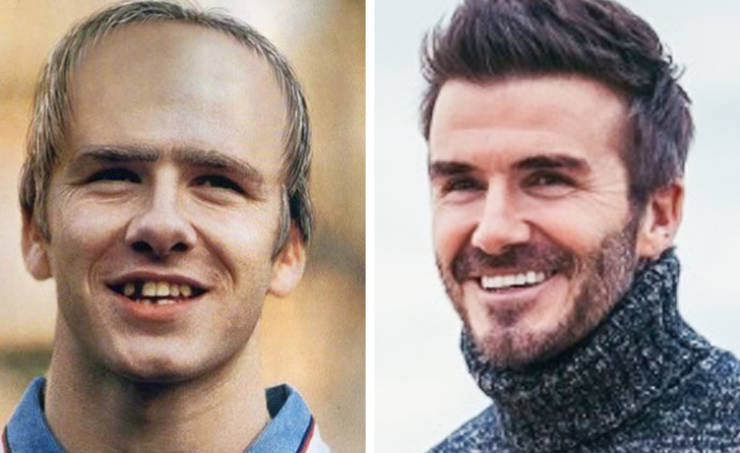 Bonus: This is how the magazine FourFourTwo imagined David Beckham would look in 2020 back in 1998. They decided to add him some wrinkles, grey hairs, and removed a couple of teeth.