No matter if it’s past or present, we love us some Elizabeth Hurley. 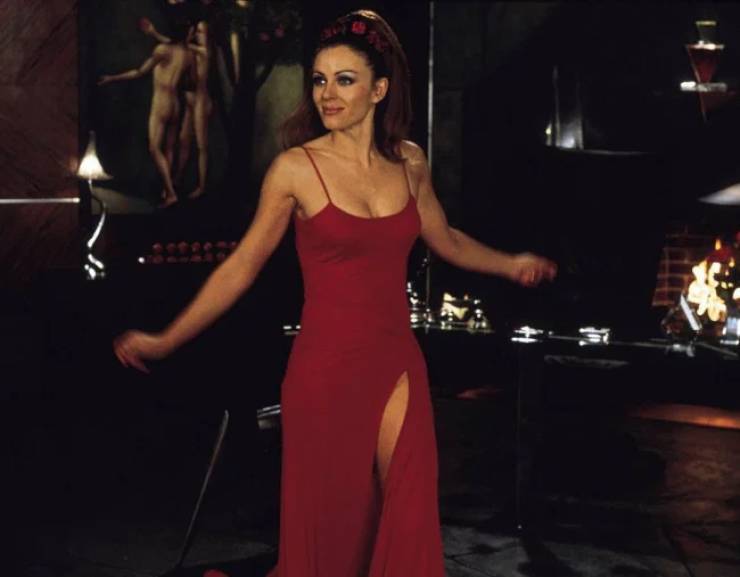 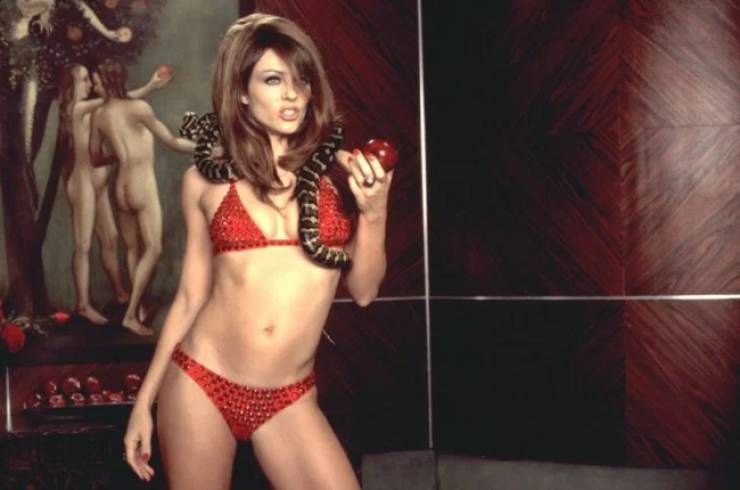 She was born to mother Angela Mary, a school teacher, and Roy Leonard Hurley, an army major in the Royal Army Educational Corps.

Hurley has an older sister, Kathleen, and a younger brother, Andrews. 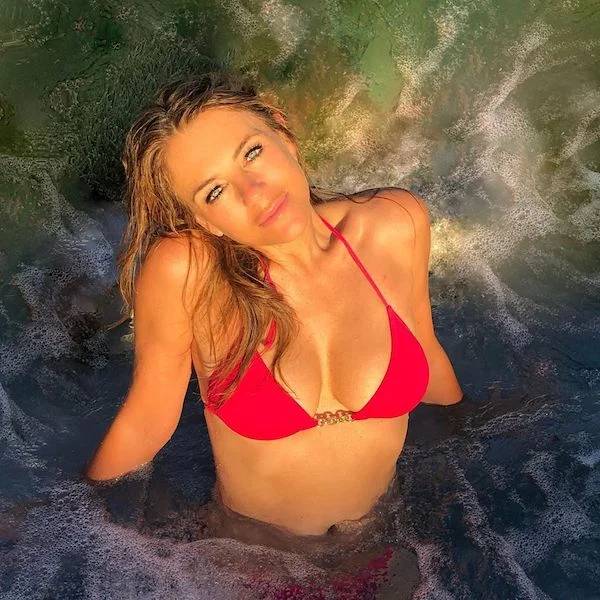 Though she was born in England, Hurley is half Irish. She doesn’t know that part of her family well but has always loved the country. 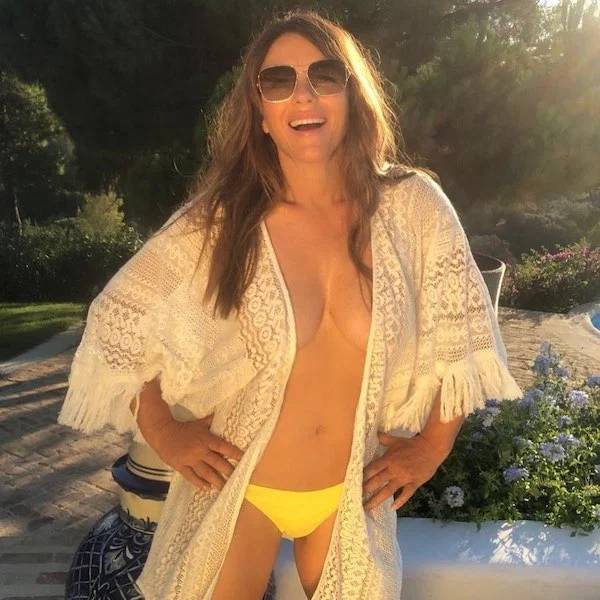 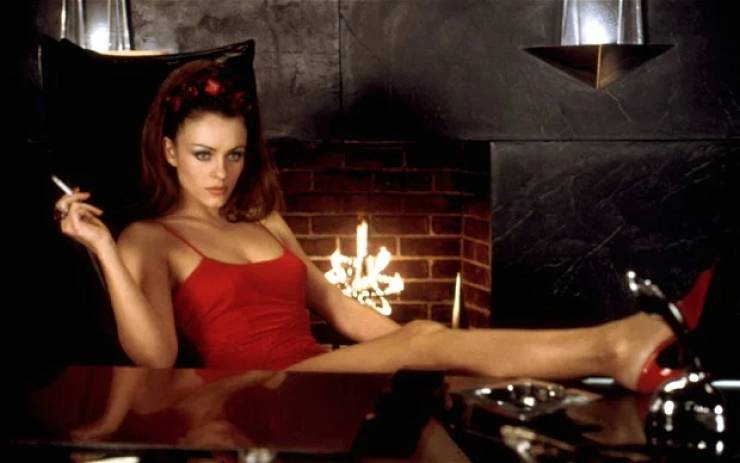 In the mid ’90s, Hurley was dating Hugh Grant, landing Hollywood roles, and representing the cosmetics company Estée Lauder. This is the point in time that many credit as her rise to fame. 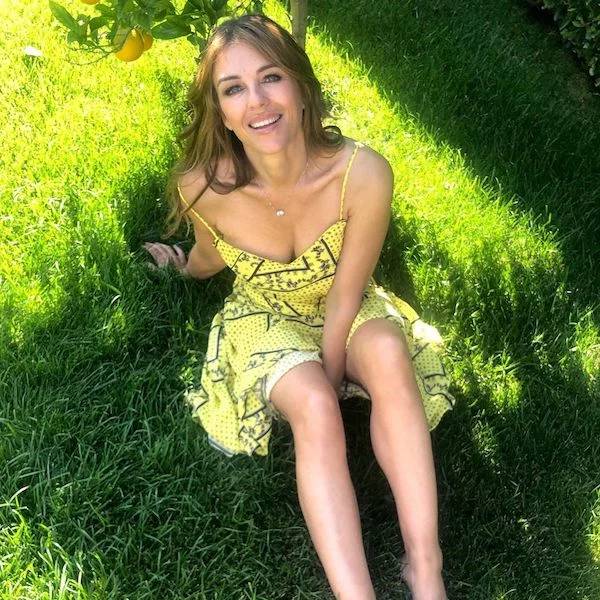 At 12 years old she attended boarding school for ballet, but chose to came home shortly after.

Hurley was married to business tycoon Arun Nayar from 2007 to 2011. The couple had two wedding ceremonies totaling $2.5 million. 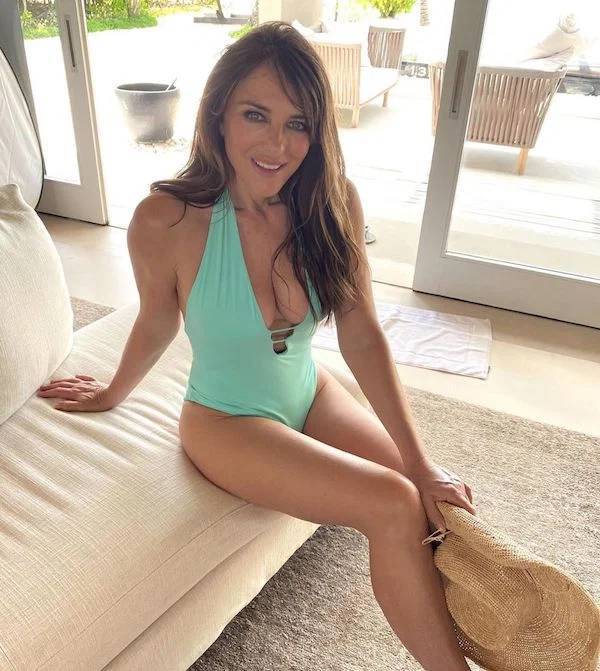 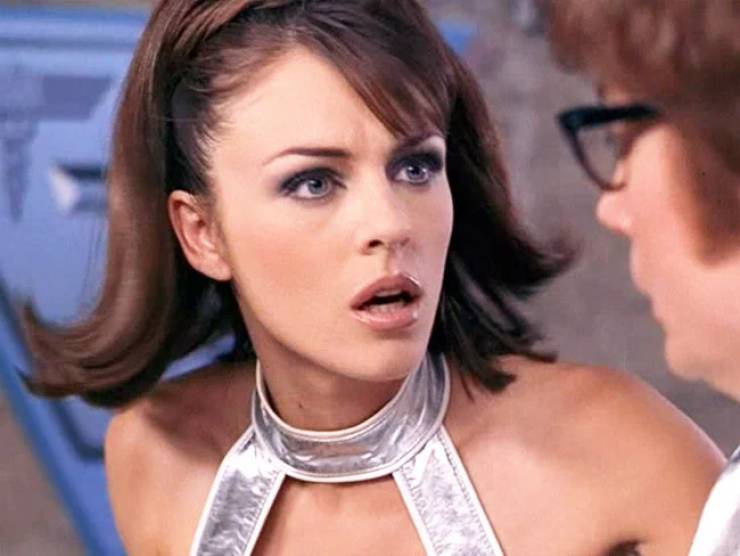 Elizabeth received a college scholarship to the London Studio Centre of dance and theater. While in school she embraced the punk rock look, which included dying her hair pink and piercing her nose. 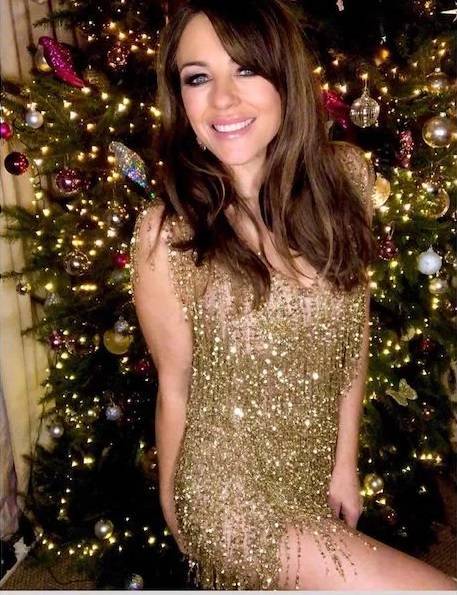 She was in a punk bad called Vestel Virgins. 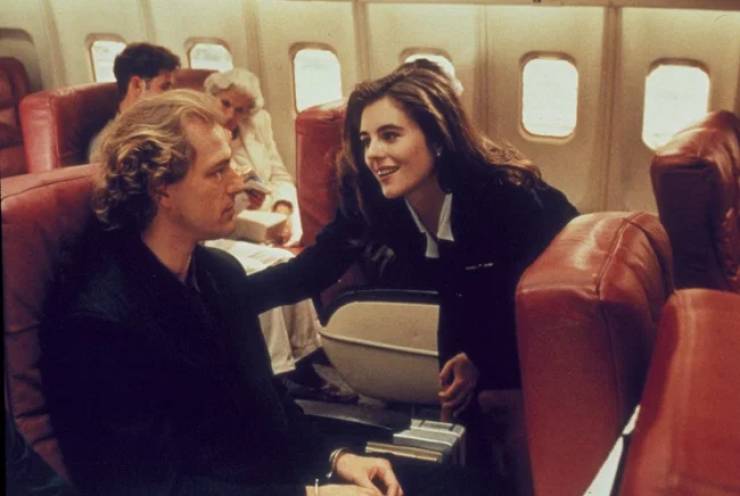 Her Hollywood film debut was in the Wesley Snipes action drama Passenger 57 in 1992. 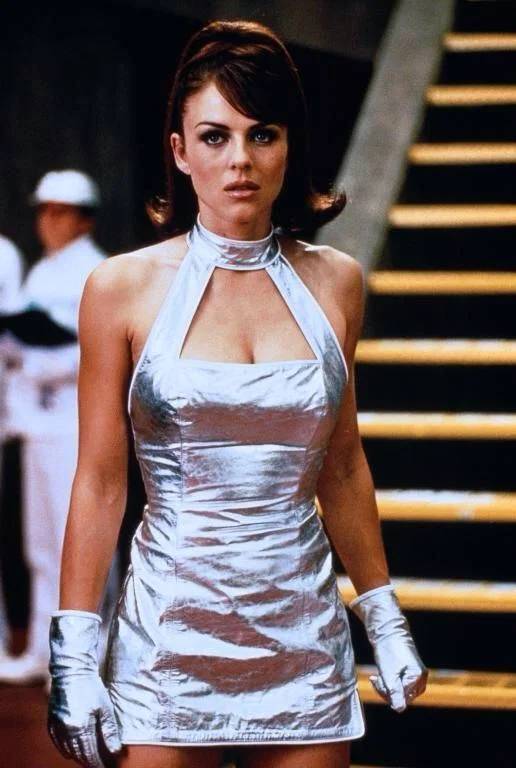 The actress was considered for a role in the James Bond film GoldenEye. 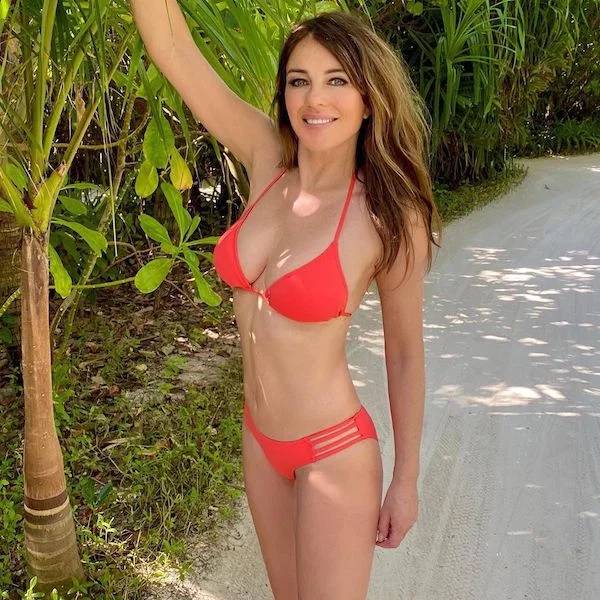 The actress claimed one of her secrets to staying so slim is a watercress soup diet. 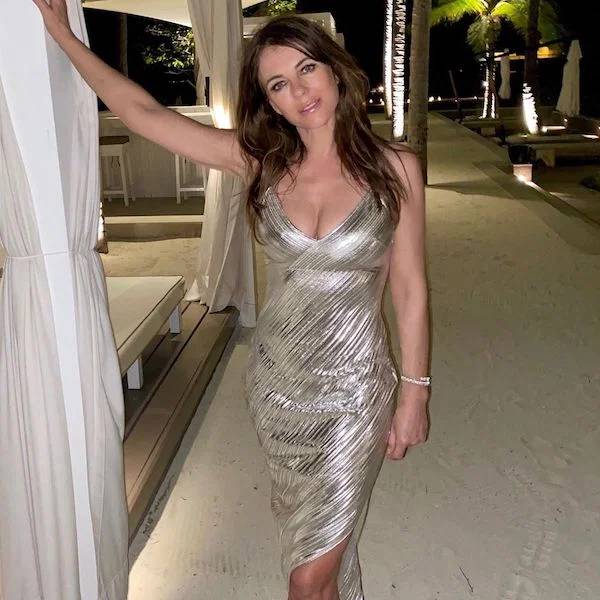 Elizabeth Hurley and Hugh Grant dated for thirteen years from 1987 to 2000. The two are still close friends. 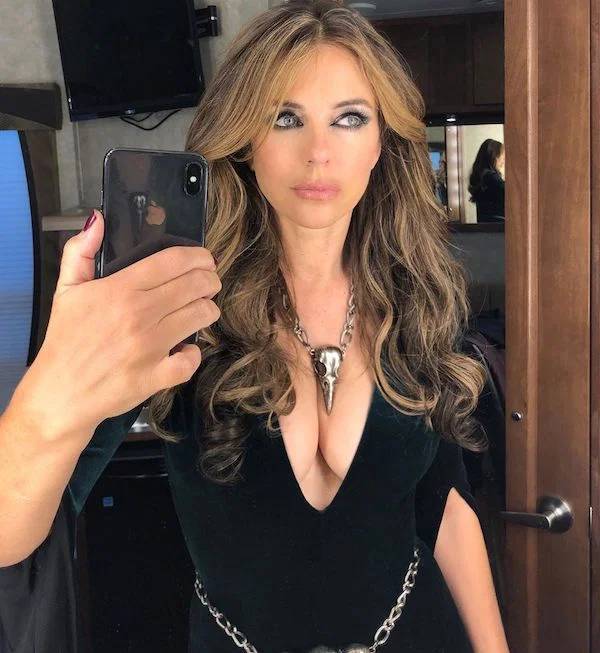 Elizabeth has one son named Damian Hurley. His father is American businessman Steve Bing, who initially denied being the child’s father. However, a paternity test proved that he was. 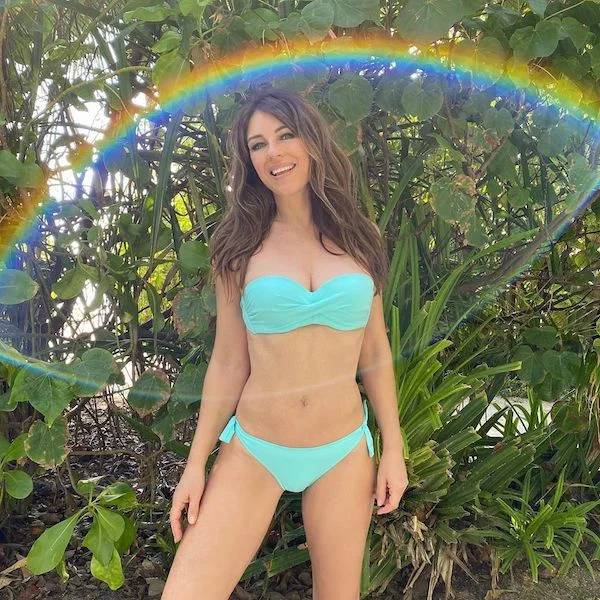 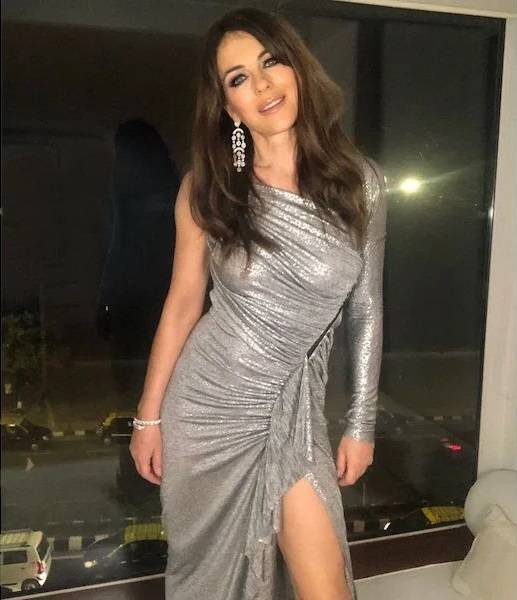 Hurley is the godmother to Patsy Kensit and Liam Gallagher’s son, Lennon. She is also the godmother of David and Victoria Beckham’s sons, Brooklyn and Romeo. 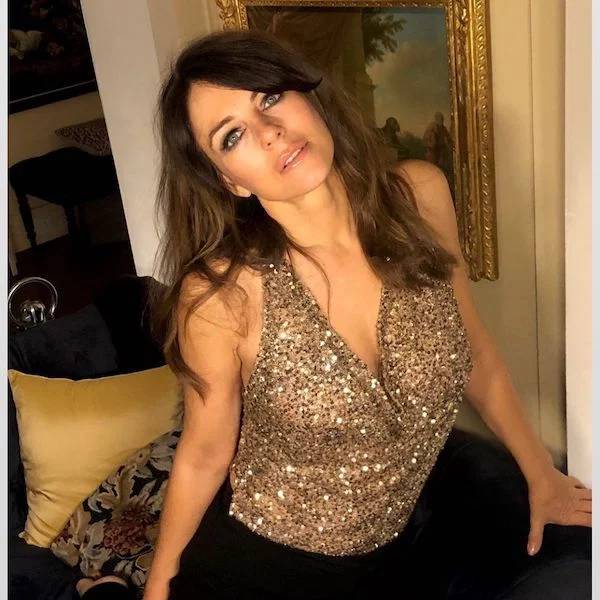 In 2000, the Screen Actors Guild were on a strike against advertisers and Hurley did an Estée Lauder ad and claimed not to know about the strike. She was fined $100,000. 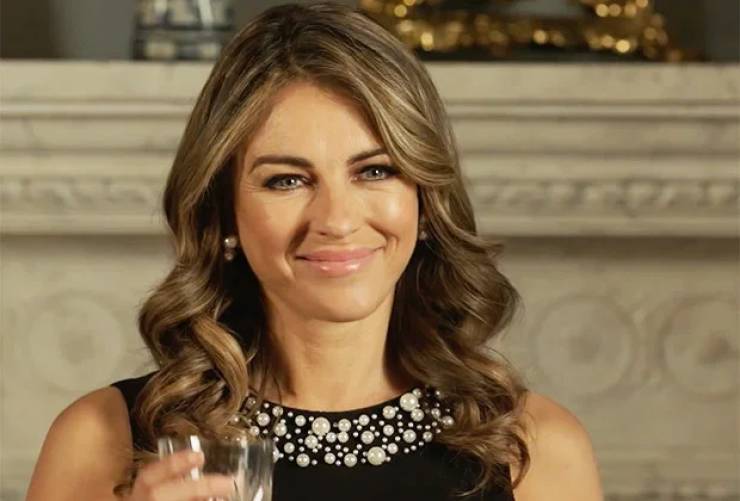 Most recently, the actress is known for her role as matriarch Queen Helena on The Royals. The show wrapped after five seasons and Hurley was not satisfied with how it ended. 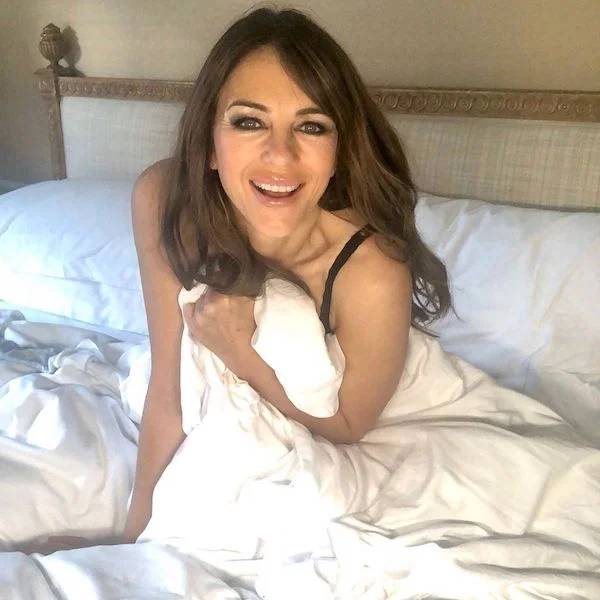 Elizabeth can speak some German.