Movies Where Sex Scenes Were A Necessity (18 PICS)

“Probably the original Terminator (1984), since John hadn’t been conceived yet, and Kyle Reese (who turned out to be his father) was scripted to die at the end. The absence of a sex scene would’ve been a plot hole.”

“Friends with benefits and No strings attached. Basically the same movie with different actors but it’s basically a rom-com about two friends who have sex with each other regularly. Be Pretty hard to film a movie about casual sex with no sex scenes in it.”

“Blue is the Warmest Color is to me an example of a movie that needed sex scenes but also didn’t need THAT MUCH of them. The movie is very much about a sexual relationship and the sex scenes do a lot to illustrate things about the characters and their relationship, but they don’t need to be several minutes long. Just felt gratuitous and exploitative at the end of the day.”

“I Spit on Your Grave. It’s integral to the plot.”

“Brokeback Mountain. It needed to treat a gay romance the same way Hollywood treats a heterosexual one”

If you haven’t seen it, the plot of the movie is that there’s a monster that slowly follows a person until it catches and kills them. However, if they have sex with someone, the monster starts pursuing their partner instead." 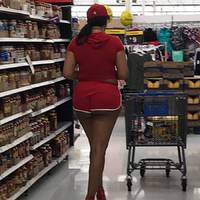 Bobbie 1 year ago
Debbie Does Dishes with Nina Hartley!
Reply
2

Maddy 1 year ago
It Follows is a very disturbing movie. Persistence hunting.
Reply
How to comment
NO FUCKING RULES!!!