Big fans of Twilight are like any other extreme fans, they are people with a passion that goes beyond understanding and common sense for other people who don’t share the same obsession.

And as good Twilight fans as they are, they did not forget to decorate their bedroom with posters and other goodies from the popular vampire saga. Some people really have no life of their own…

Yep, I will never get how people (especially women) can be so obsesses with Twilight and the so called “one of the sexiest men in the world” Robert Pattinson, but as they say, to each their own! 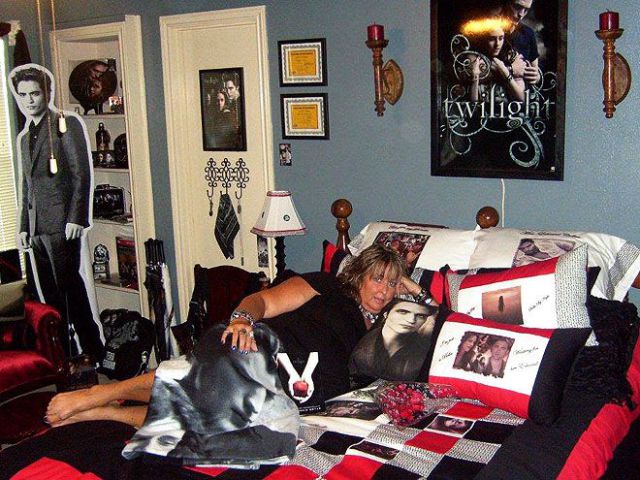 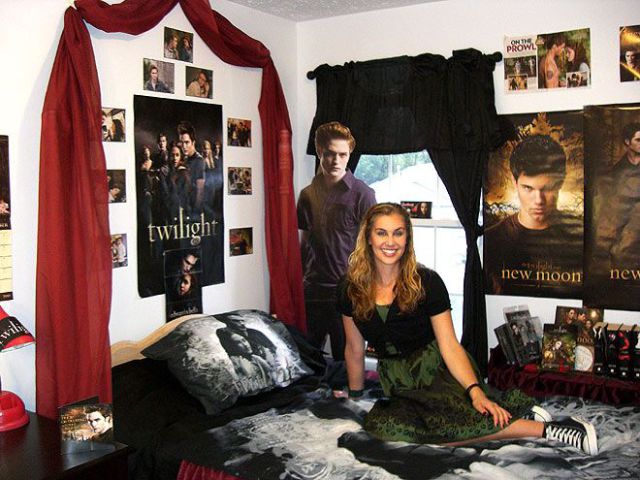 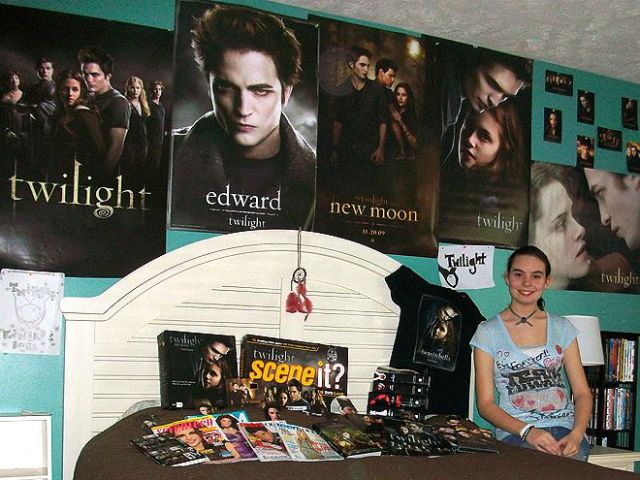 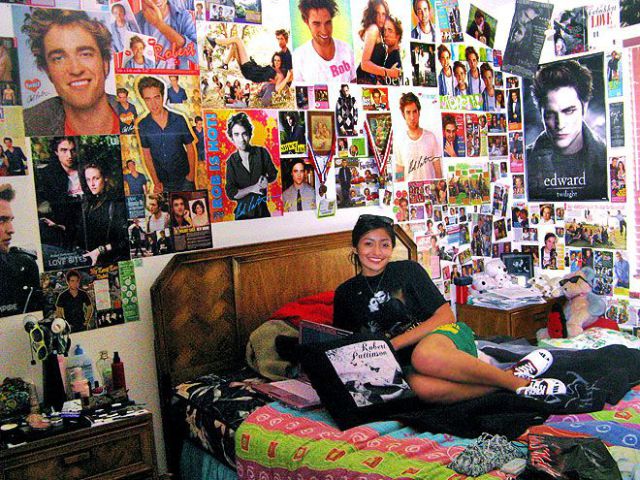 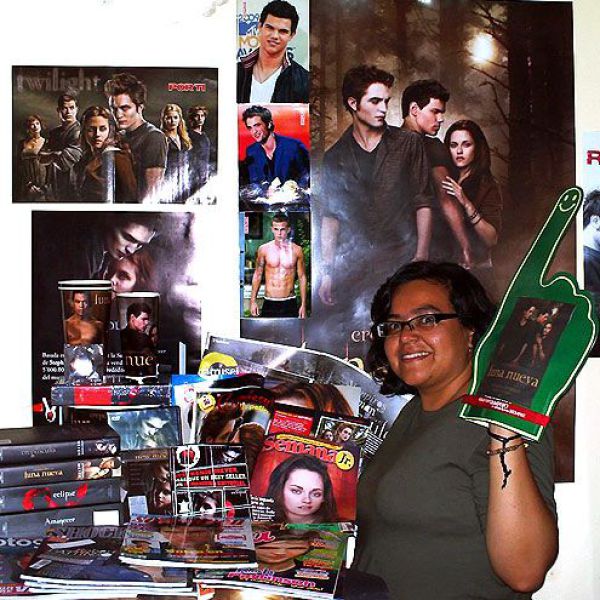 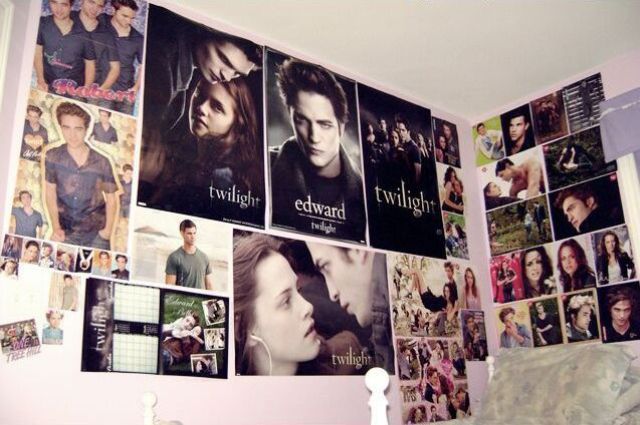 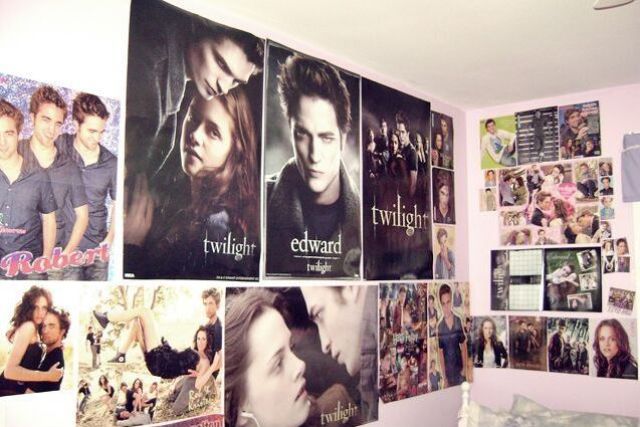 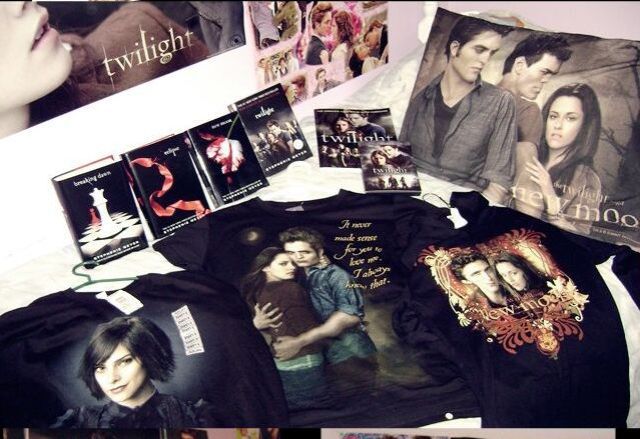 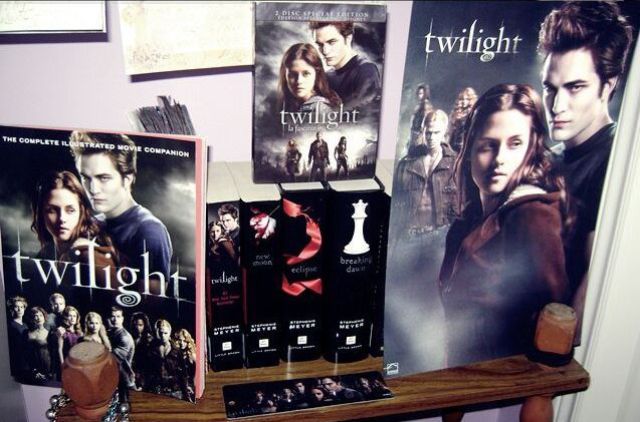 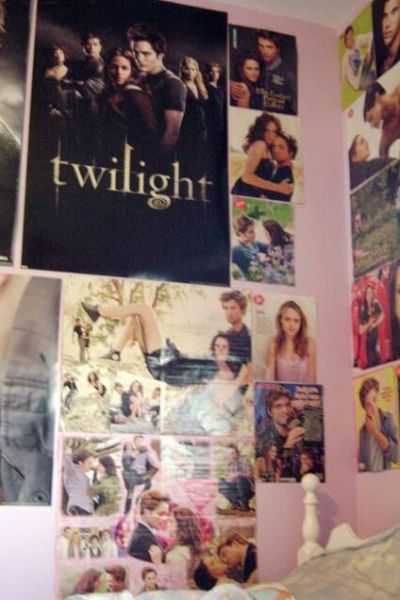 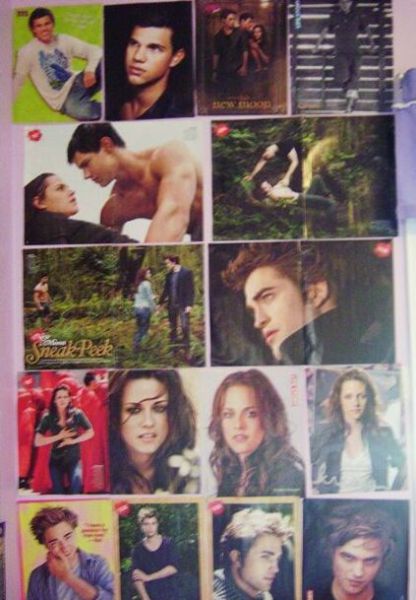 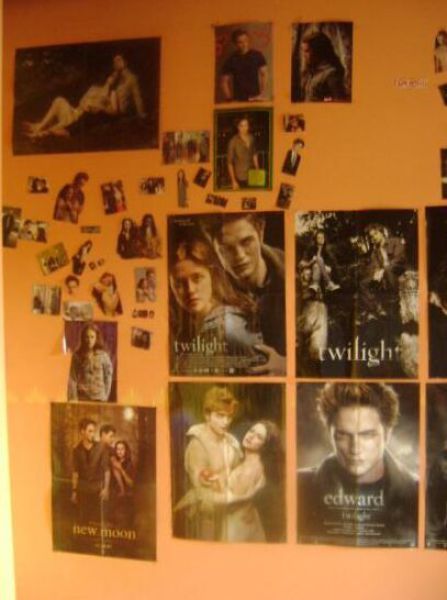 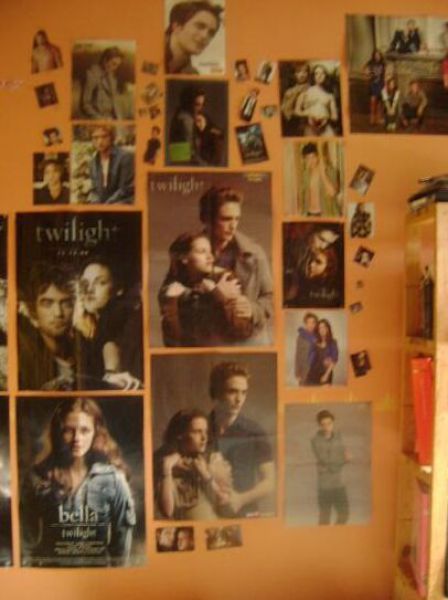 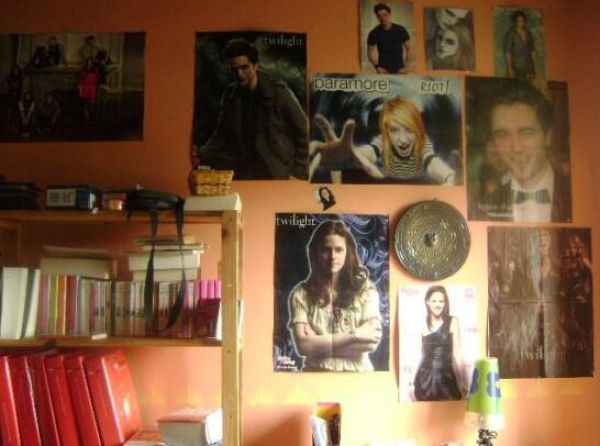 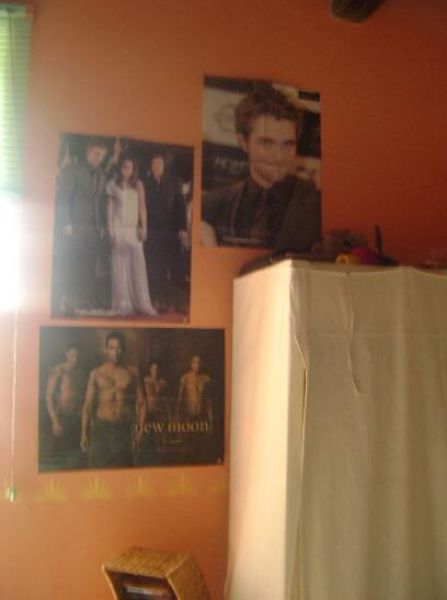 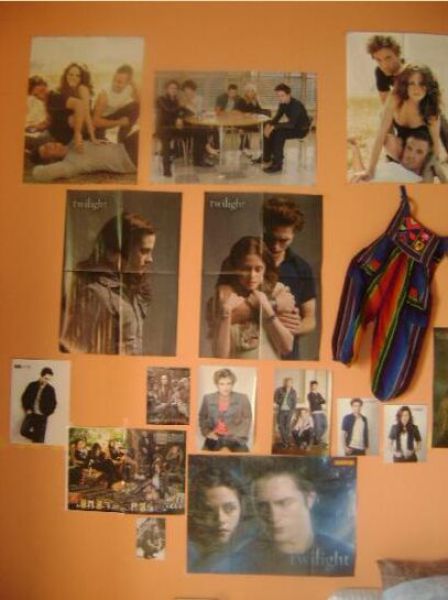 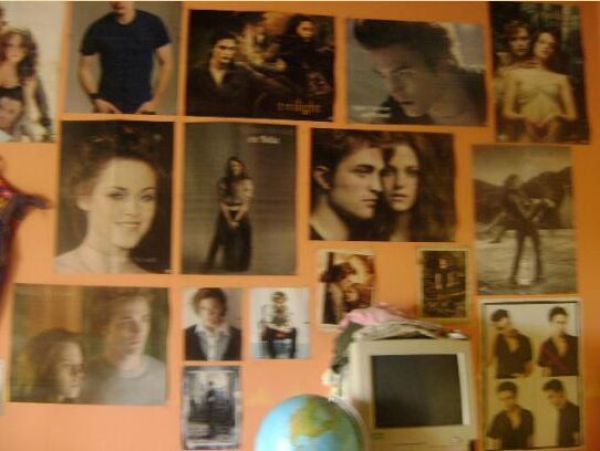 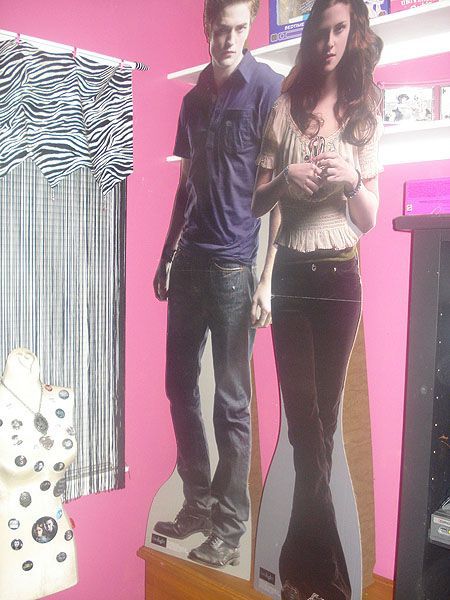 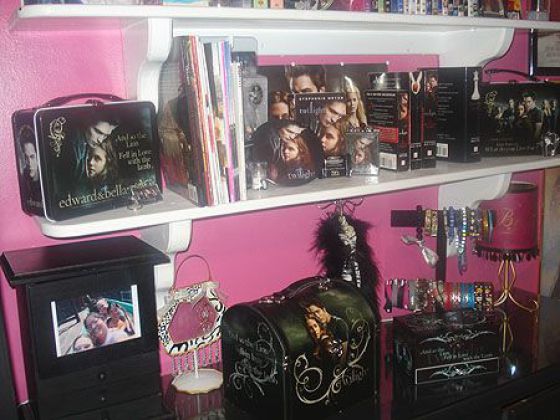 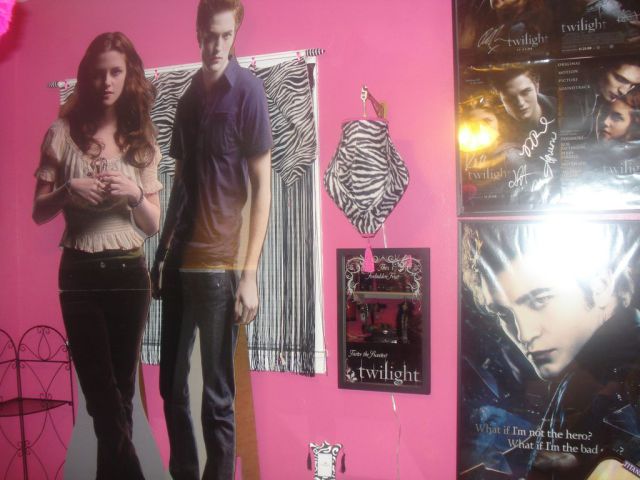 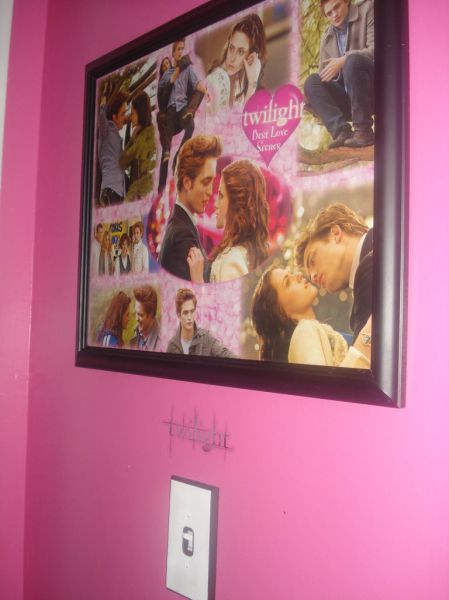 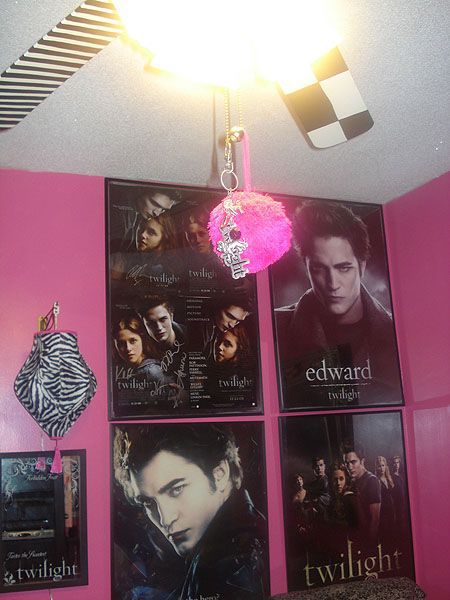 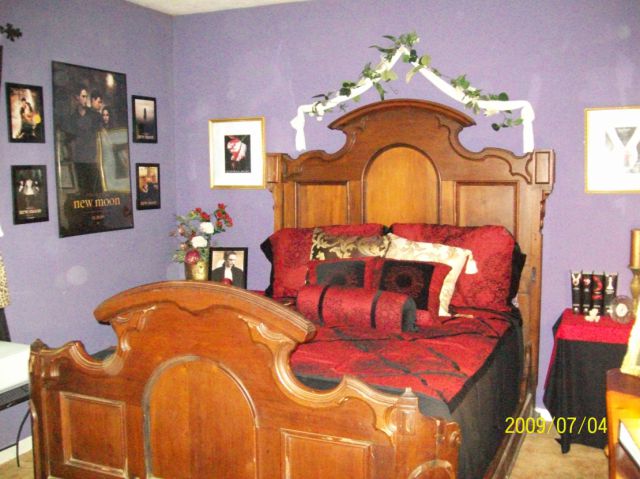 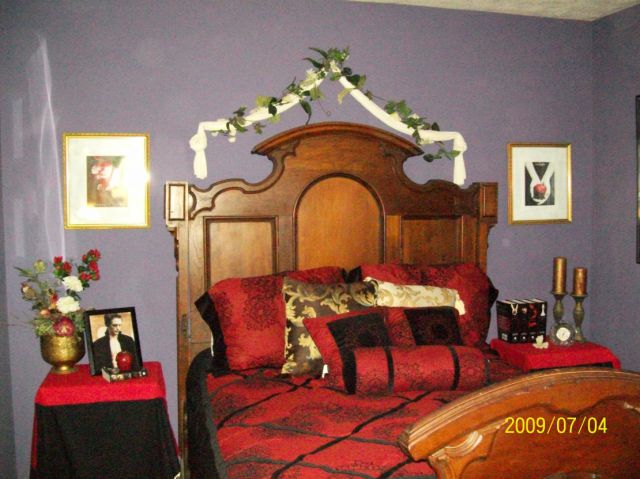 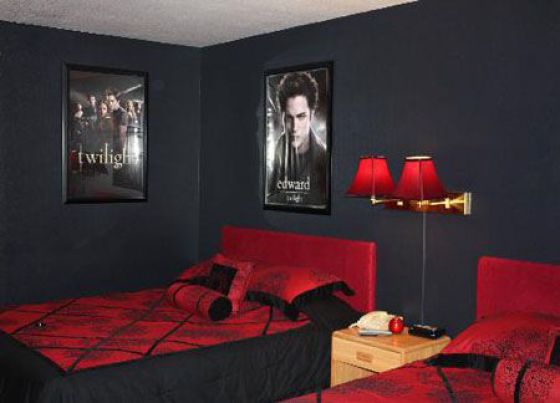 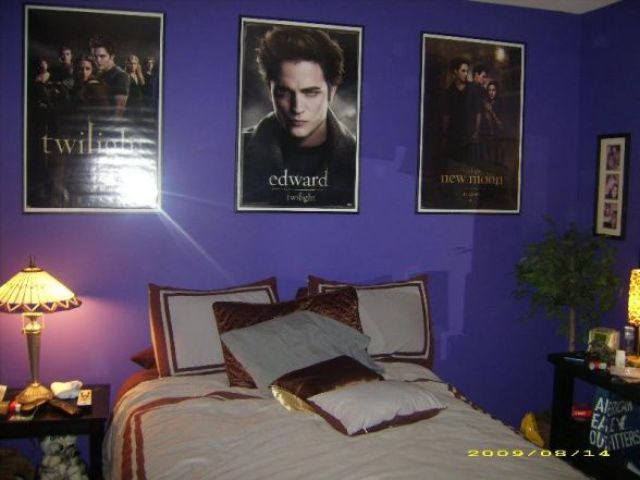 And as a bonus:

Andres 11 year s ago
Lol, it is just a movie; and it is not even the best vampire move to be obsses with.... to corny and not to tragic
Reply
0

I know if I was a young tween there might be some appeal to this series - but I find it disturbing that these are full-grown women who are lusting after a teen vampire.

Let's offer them a bedroom/library makeover. Winner gets a life!
Reply
0

Peanut 11 year s ago
I've never seen the movie, and don't plan to, so I don't know what the draw is. A couple of these ladies look a bit long in the tooth to be drooling over someone in their twenties, but then, men do it all the time. So why not them?
Reply
0

Ally 11 year s ago
This is disturbing...that woman is as old as my mom and she's into a 20 yrs old dead-looking-sinister-never-dying-vampire man??? I wonder who her daughter's idol is...

Aiyo 11 year s ago
Come on, people.. they are RICH! And have more money to spend and hence comes the obsession..

fuckin minger 11 year s ago
no wonder patinson looks so moody all the time - he has to wake up and see his face in the mirror every day..
Reply
0

Nickk 11 year s ago
Liking Twilight is a sure sign of stupidity, sorry but thats the way it is, and Avatar too.
These people are creeping me out.
Reply
0

S 11 year s ago
The story is nothing more than a silly love-triangle with some added sparkly vampires and other myths being ruined. But I guess there always is a market for those "dramatic lovestories".
Reply
0

Mew mew meow 11 year s ago
This is awful. And don't blame Americans people. NuttyMadame (Stupidest Twitard evre) is from England and I am from America and I HATE TWILIGHT and so do my friends. Twilight sucks, and whoevers room is like that needs a life, and their headchecked. GROSS GROWN WOMAN LUSTING OVER A DEAD TEEN. Oh, BTW, The cat gasping made it LOVELY!
Reply
0

Meh. 11 year s ago
I'd bang the twilight hell out of the chick in picture 2.
Reply
0

caitlin 11 year s ago
I'm with the kitty. That lady is disgusting!
Reply
0

Kara 11 year s ago
I could understand maybe a few twilight things in your room....but all-out/a hundred percent twilight themed room - any room - but most especially your bedroom?! Crazy. And considering that these are adult women doing it makes it even crazier. These kind of fans make the rest of us fans (especially us older female fans) look bad because people are stupid and assume that every fan is the same and is so twilight obsessed that they would deck out an entire room in twilight stuff. To the idiot that went "typical americans" grow up not every american is a twilight fan and I'm sure twilight like any other major fad has non-american fans too

I also say "grow up" to the people that go "vampires don't sparkle" maybe yours don't but apparently some vampires do sparkle or else there wouldn't be a twilight series, duh
There's no rulebook that says that vampires don't sparkle, witches have to be ugly and witches are always evil, giants can't be good, witches can't be right, ect. That's the great thing about fantasy ANYTHING GOES hell even trolls, dwarves, and unicorns don't have to look the way they are usually depicted because it's all just fantasy
Reply
0

Lily 9 year s ago
Ahhhh my eyes, that is so gross!
Reply