There are people in the world so hard up for a free wedding that they are willing to go naked to their ceremony! A UK radio station awarded this couple an all expense paid wedding, if they would bare the family jewels and dash all of their pride. Free really brings out the best in humans. 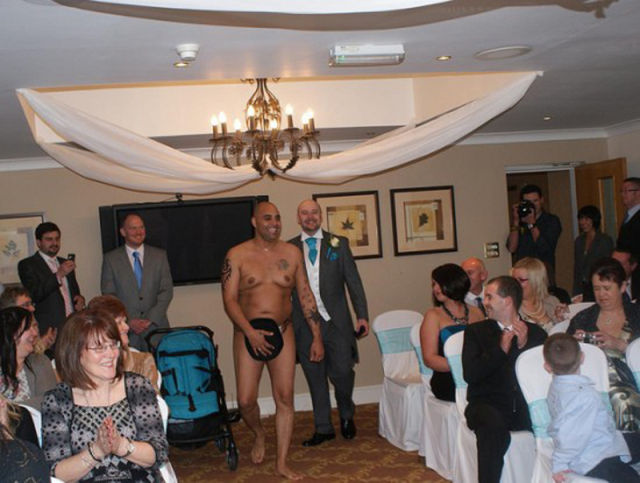 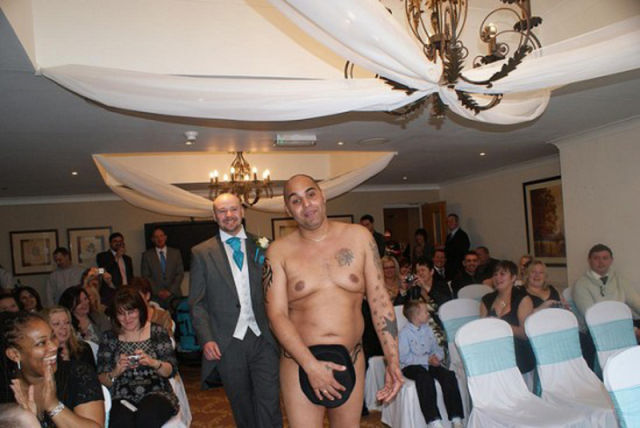 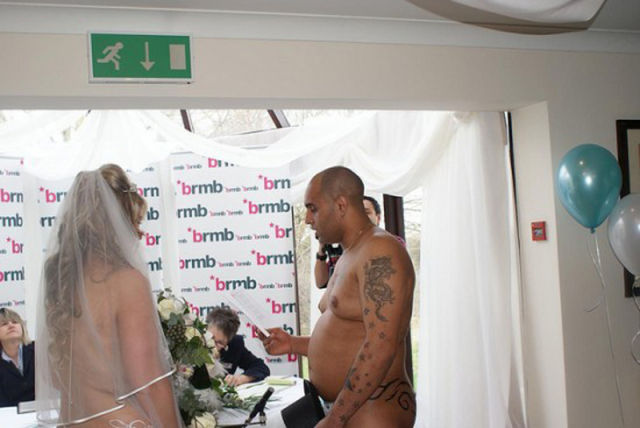 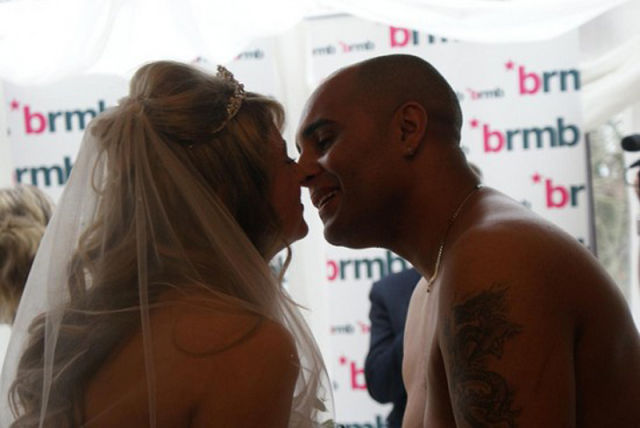 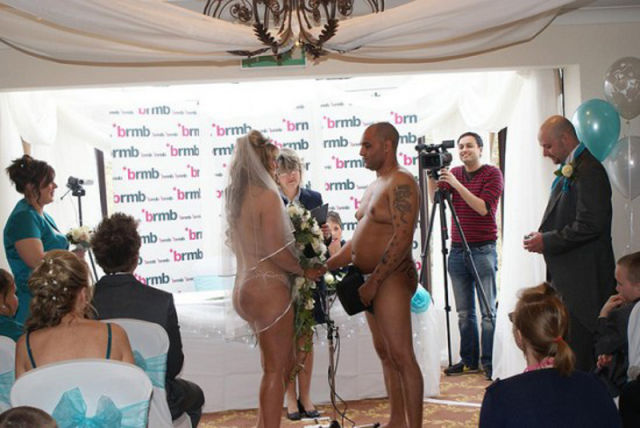 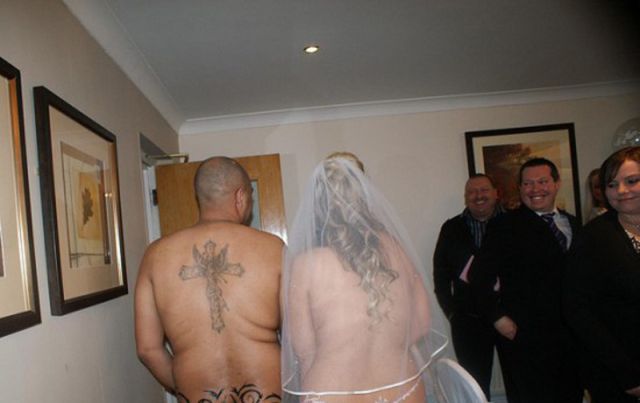 pointofnoreturn 9 year s ago
Why would you bring your kid to something like this? #2 and #5 (front row, right).
Reply
0

Mr. Ree 9 year s ago
If there ever was a reason to lose weight and get into shape, I would think this would be it.
Obviously, the bride & groom feel differently.
Reply
0

bahah 9 year s ago
should have exercise atleast..
Reply
0

AnnaMolly 9 year s ago
He has bigger breasts than I do.
Reply
0

zugzub 9 year s ago
Quote: pointofnoreturn
Why would you bring your kid to something like this?

Why not? There's absolutely nothing wrong with nudity. There's nothing sexual going on.

Tyler Durden 9 year s ago
zugzub,
s/he could just be a normal person. I, for one, wouldn't bring my kids to something like this.
Reply
0

lolzz 9 year s ago
This would be a good item for erooups!
Reply
0

why would you not? It only teaches your child to be ashamed of his/her body. It's just flesh...
Reply
0

pointofnoreturn 9 year s ago
Quote: zugzub
I can only surmise your one of those puritan prudes
You have no idea!

proolisyroido 9 year s ago
I enjoyed it
Reply