Identical twins, Katy and Maria Campbell made a bizarre agreement at the age of eleven that they would stop eating in order to “lose their hips.” According to these two gaunt looking women, this commitment to not eating was based on a comment they heard their father make, “Gosh, those girls are becoming young women, aren’t they? They’re getting hips.” Their parents, both successful writers, claim to be baffled as to why their daughters chose to become anorexic based on this arbitrary comment. 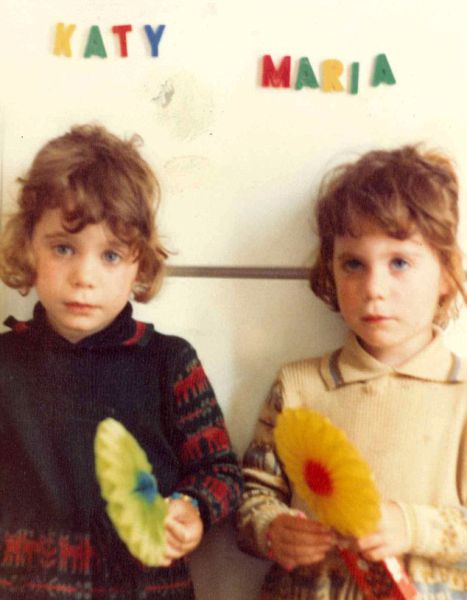 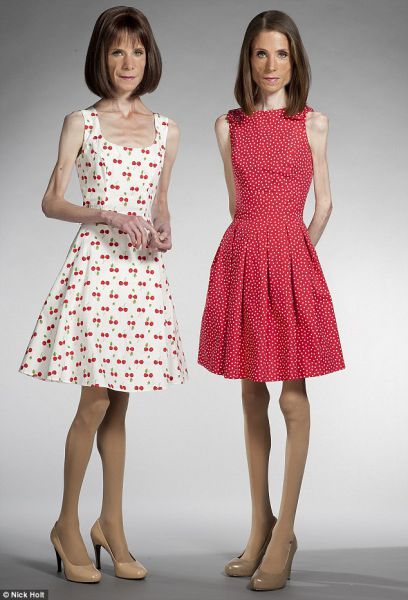 Now at 33, both of these young women look like coat hangers with clothes draped over them. They have been in and out of recovery clinics, lost jobs, are unhealthy and apparently want nothing more than to find a cure for their disease. 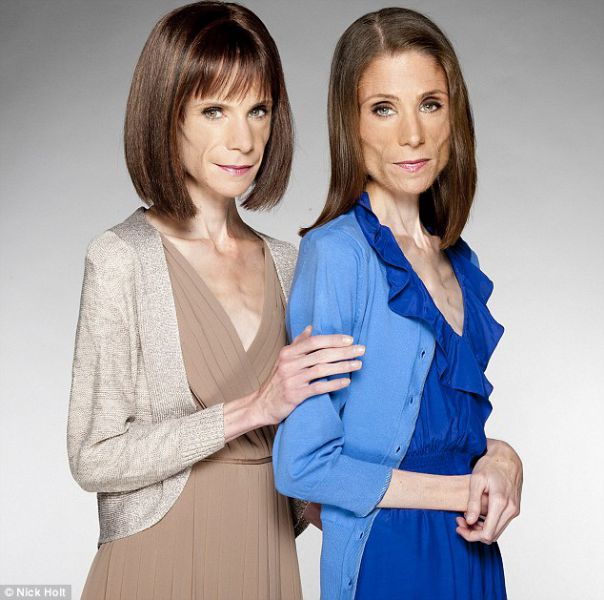 Neither of them have had a period to this day, but somehow through all of the ups and downs of this disease they both managed to finish medical school in 2009. However, neither of them has been able to hold down a job and they have never had boyfriends. 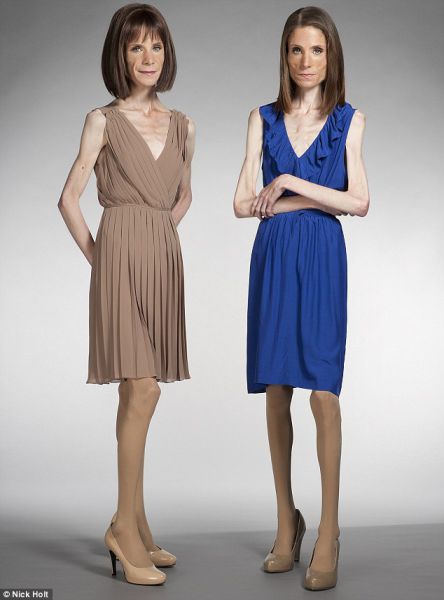 They desperately hope their most recent attempt at beating this disease has a different outcome than before.

-rich 9 year s ago
wtf, can we get birth defect galleries next?
Reply
-1

Sizomu 9 year s ago
If this story is true...."want nothing more than to find a cure for their disease". I believe its a "Choice/Life Style". Clearly marked by there "decision". So don't look for "Quick" Fixes... just understand how they could be so Determined to not eat. people accidentally use the power/Determination of the human being and Yet forget it when they need it.

There body has really adjusted to there "Decision'.. now change the decision and the body will adjust..."NOT EASY THOUGH!"
Reply
-1

Don Palace Music 9 year s ago
Eat something for christ sake! How difficult can it be? Force the food down your throat... if you don't like it, too bad - just eat it for crying out loud.

Can't see how eating food should be any problem. So I really dont feel sympathetic with this bullshit.
Reply
-1

iziwhaat 9 year s ago
This is not a disease, its a personal choice. Stop making it seem like they contracted something, they decided not to eat therefore they look like bobble-heads
Reply
0

zugzub 9 year s ago
Quote: iziwhaat
This is not a disease, its a personal choice

Actually they have an eating disorder, (in this case a non eating disorder) Which falls under mental illness.
I just love how some of you people are so judgmental.
Reply
-1

Mr. Ree 9 year s ago
Got any pictures of them naked?
Reply
-1

Apu Kalipshis 9 year s ago
I see dead people, these girls can survive a zombie apocalypse...........look al my avatar, I got tits :P
Reply
-1

no_hope 9 year s ago
They make their choice at 11'
Nobody saw something become a bit weird before they are 33' ?
With only skin over bones, parents must have see something.
Reply
-1

chrisbumble 9 year s ago
they never grow up.
Reply
-1

Enter your name 9 year s ago
They are mentally ill or just plain STUPID, do they see the world looking like they do.......... hellooooooo, how the hell do you study in the medical field and not know what they are doing to themselves is WRONG!!!!!! NEWSFLASH no man is eva gonna want a stick for a woman. People like this just want attention.
Reply
2

Enter your name 9 year s ago
some of you people have abosolutly no heart. It really isnt that easy to stop. how would some of you like it if I came and shoved a sandwhich down YOUR throat??
Reply
-1

Trained 8 year s ago
Man! They got some hips
Reply