The woman who is bidding to be the fattest in the world arranges a marriage of convenience.

Supersized mother of two children and a model for SSBBW (supersized big beautiful women) websites Susanne Eman, 33, has once claimed that she has a goal to become the fattest woman in the history. It seems now that she is about to reach her aim very quickly, because Eman, who presently weighs a bit more than 342 kg (756 lb.) has recently revealed that she is engaged to marry a chef. Susanne’s fiancé Parker Clack loves cooking for her and the woman says that their marriage was arranged in heaven. 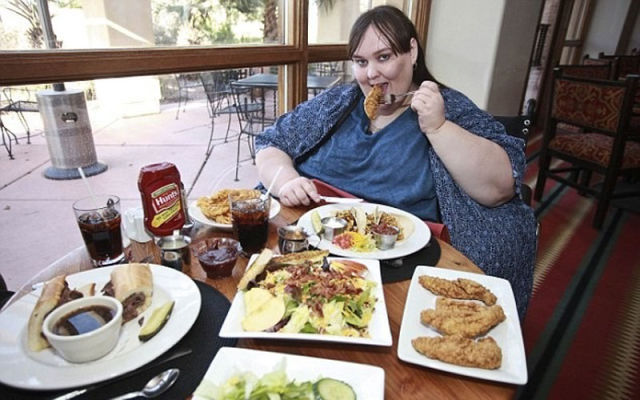 The couple has met over the Internet and now lives together with the woman’s two teenage sons at Susanne’s house in Arizona. 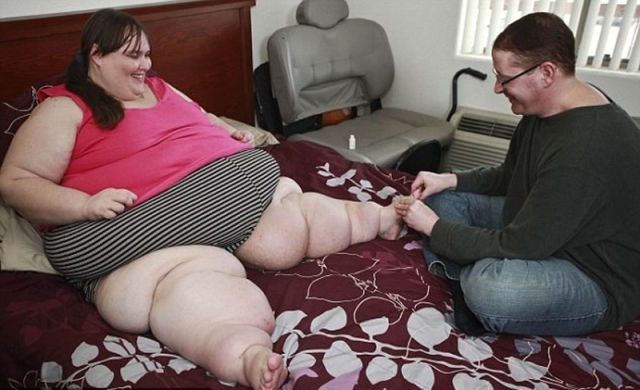 On her way to the desired 729 kg (1610 lb.) of body weight Ms. Eman disregards the warnings of the medical experts, who provide examples of people dying of morbid obesity. 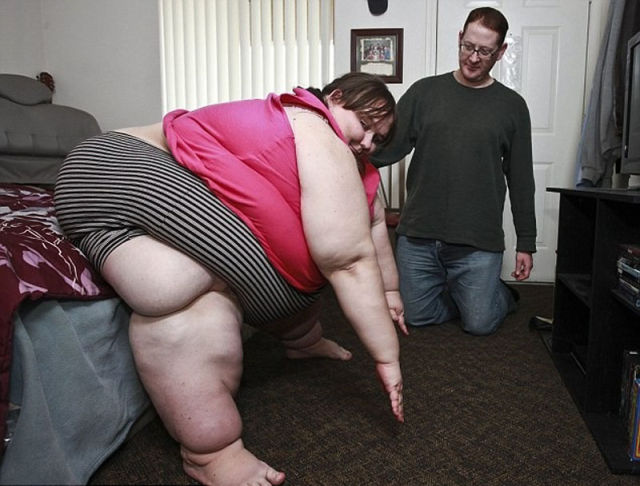 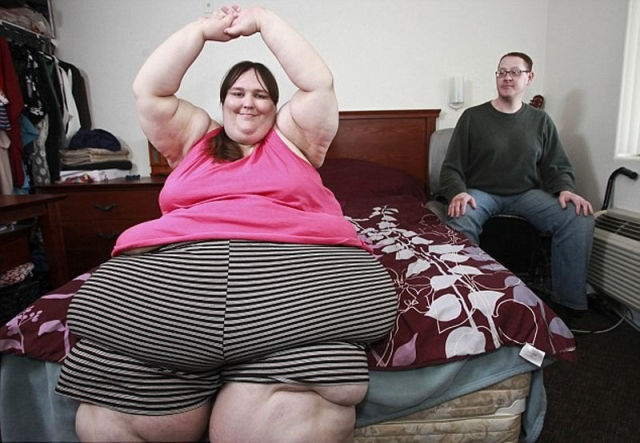 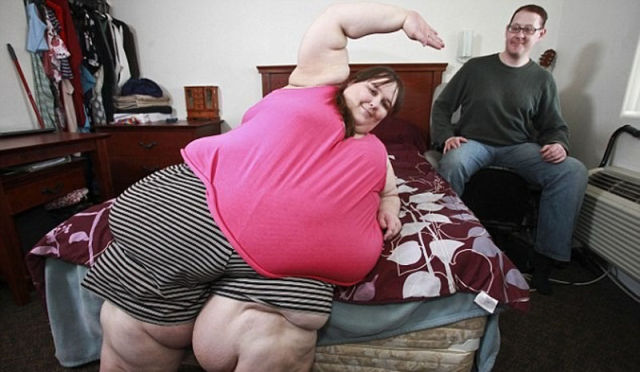 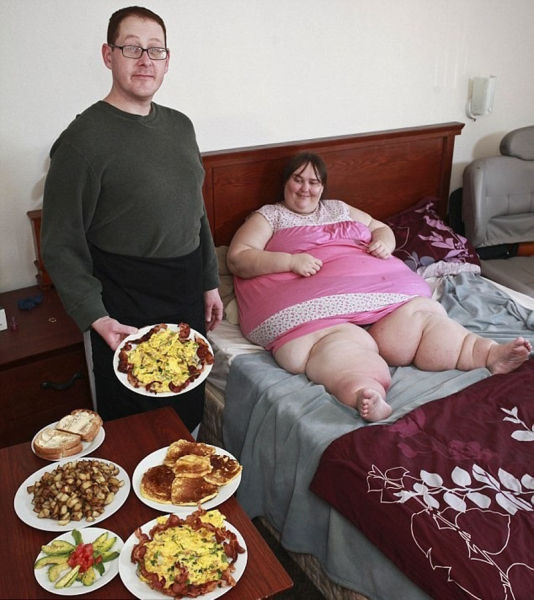 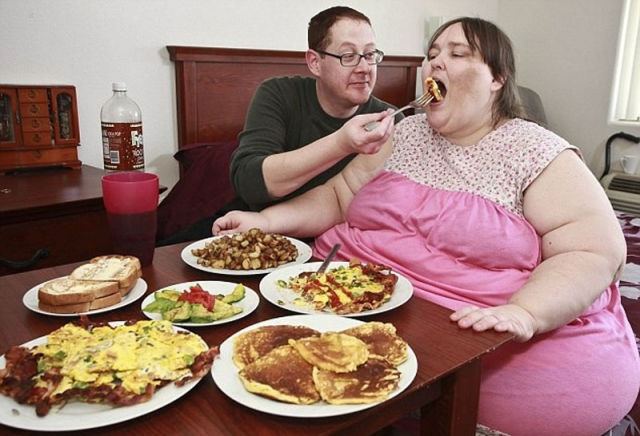 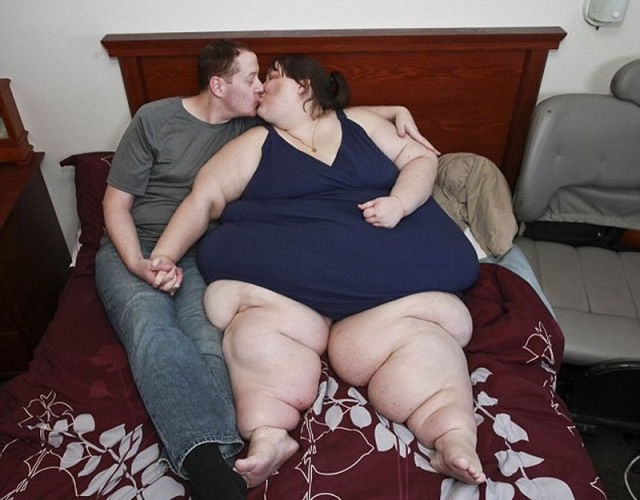 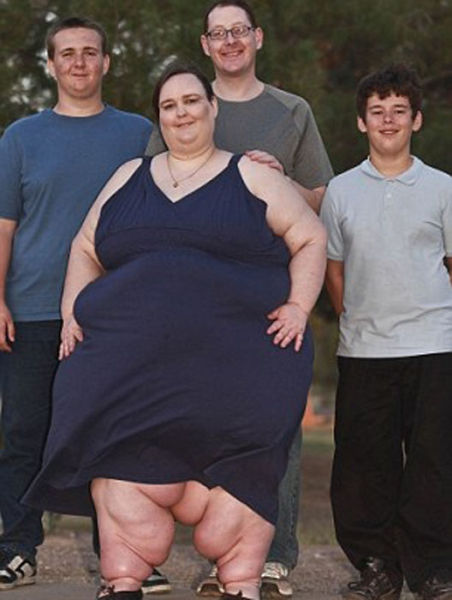 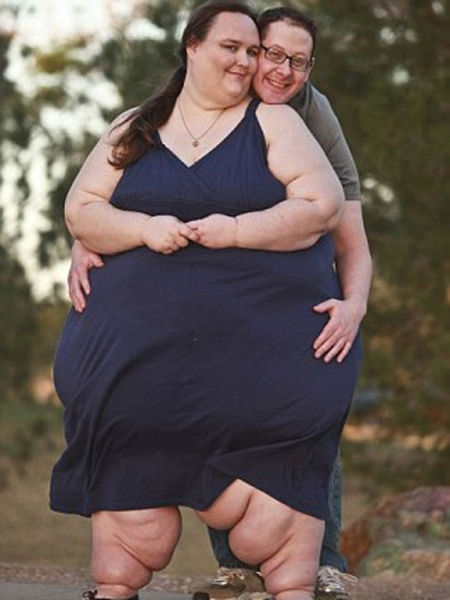 Cumnatu 9 year s ago
Kill it with fire !
Reply
0

mulakaka 9 year s ago
I just died a little inside.
Reply
0

wqwq 9 year s ago
I wonder who's gonna pay for her treatment when she (hopefully) realises it's quite a stupid idea to get yourself to such a state on purpose.
Reply
1

Danielle 9 year s ago
He is just a feeder!! They should kill him to!!!
Reply
1

Florentina 9 year s ago
They'll need a crane to bury her.
Reply
1

djp 9 year s ago
Whoever is taking photos of this poor, sick woman is actively contributing to her illness and will be partially responsible for her death.

easytodo 9 year s ago
Agree, she's killing herself - her new husband's helping her. It's stupid and selfish.
Reply
3

Orlando 9 year s ago
This is just sick.
Reply
3

abeecity 9 year s ago
It annoys me that as a tax payer we have to pay for her medical expenses when she crashes out.
Reply
0

fatso 9 year s ago
truth is, he is there just for monetary gain, when she dies he will get free stuff
Reply
0

"truth is, he is there just for monetary gain, when she dies he will get free stuff" => So true, sadly.
Reply
0

Mr. Ree 9 year s ago
So when she dies as a result of being an incredibly fat piece of shit, will be be brought up on murder charges since he enabled her to do it? Is this any different than handing someone a loaded handgun when they state that they would like to kill them self?
Reply
1

samthesham 9 year s ago
She should be forced to lose weight. Lock her up and give smaller portioned meals 3 times a day.
Reply
0

Tarzan 9 year s ago
someday she is going to eat him..
Reply
0

Enter your name 9 year s ago
hey look at my avatar :))
Dude love big ass, and she have more than one ;)
Reply
0

oddbal 9 year s ago
Shoot them both and call it a day.
Reply
0

Logan 8 year s ago
He is aiding and abetting her suicide. I imagine that it won't be long before her death is announced. The woman should be placed in an asylum for her own protection.
Reply
0