A farmer from Vermont, USA, wreaked his vengeance on the police officers in a radical way.

Roger Pion, a 34-year-old farmer from Newport, Vermont was arrested for marijuana possession. The man has got his knife into police officers since then and eventually decided to make them a big “surprise.” 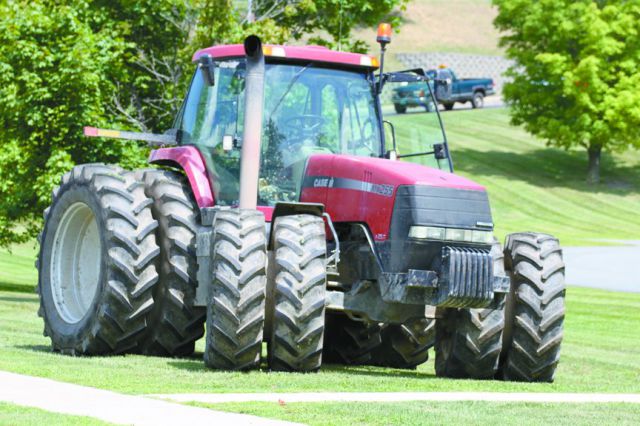 Pion drove a massive tractor to a parking lot near the police department and flattened seven of 11 town’s police cruisers causing the damage estimated more than $300,000. 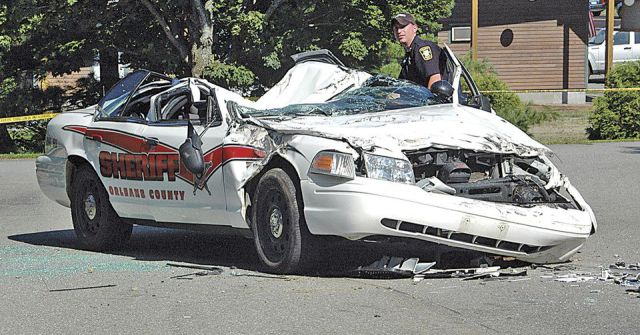 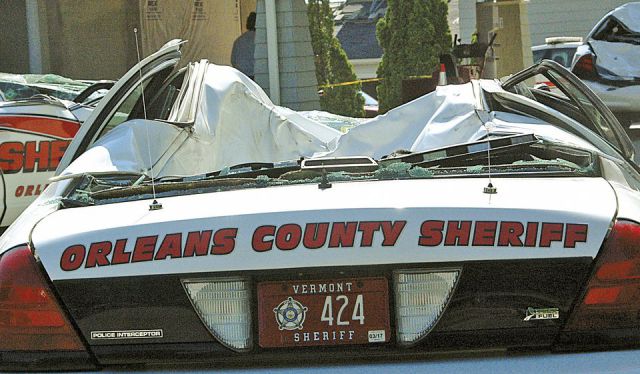 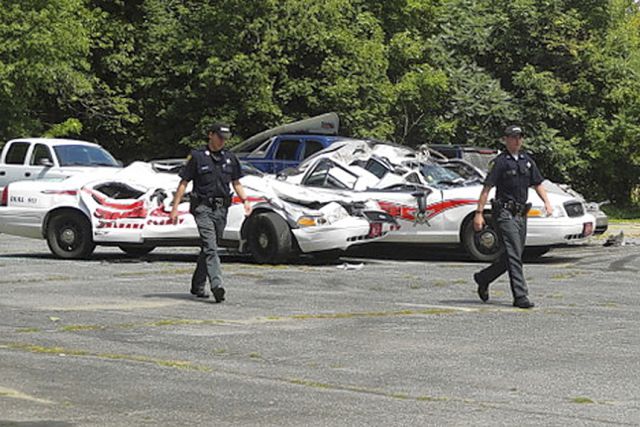 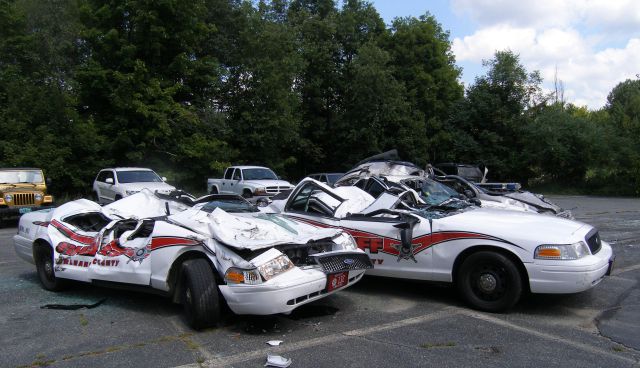 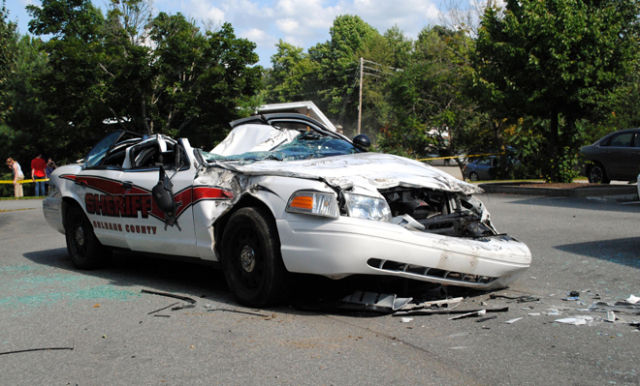 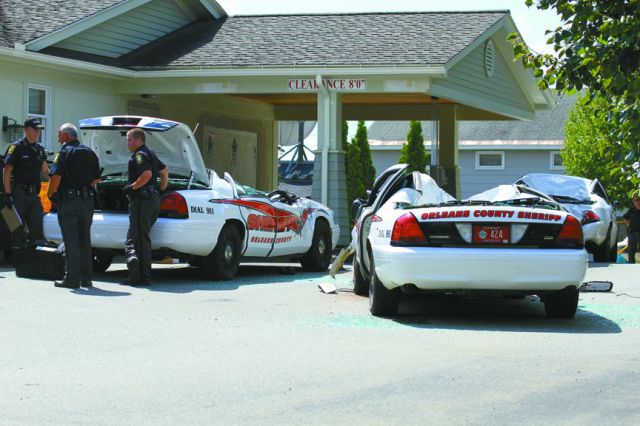 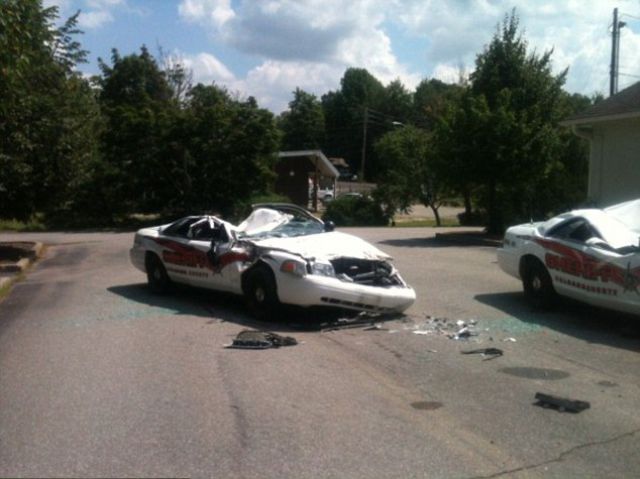 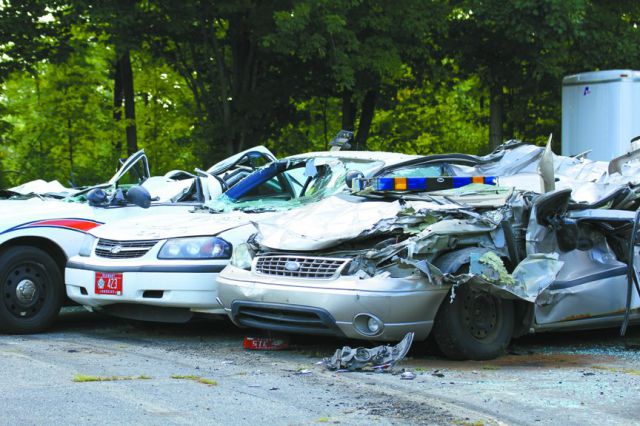 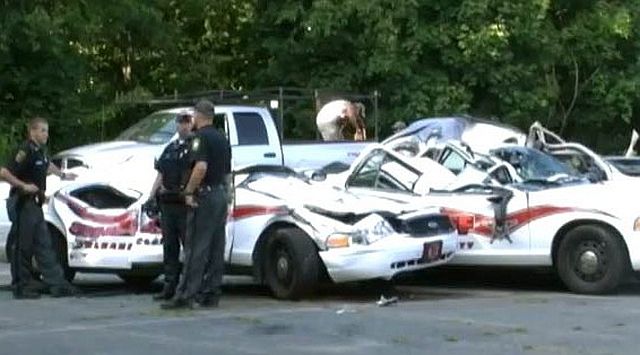 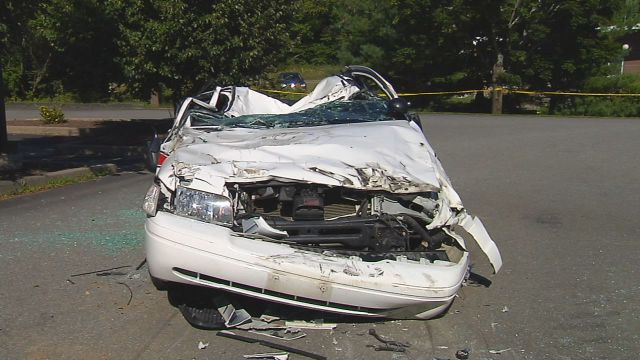 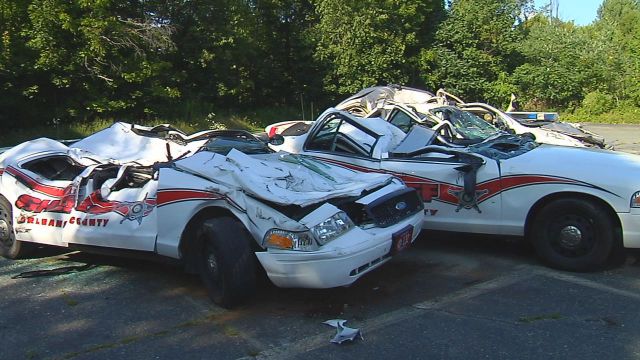 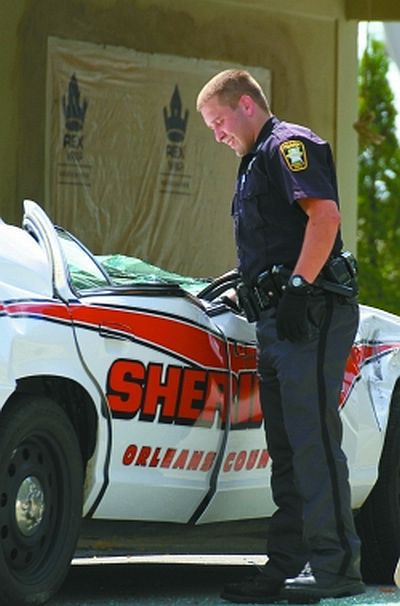 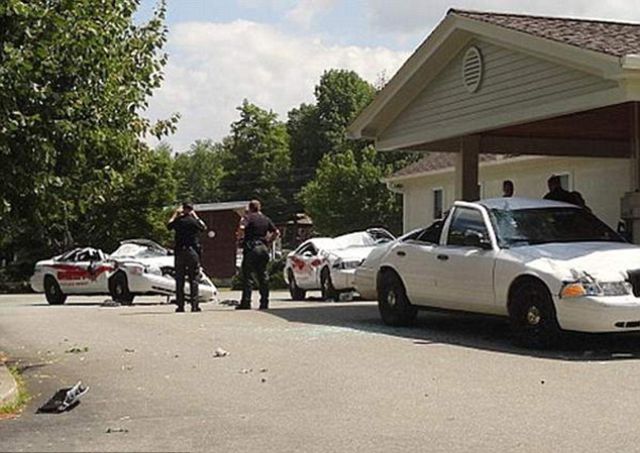 The farmer then tried to escape, but was soon caught. Now he has to face trial. 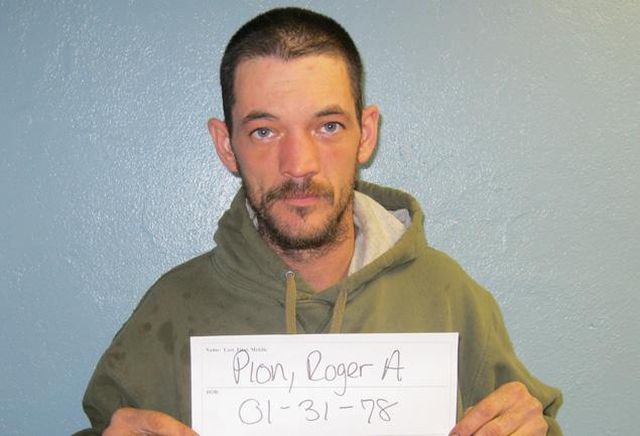 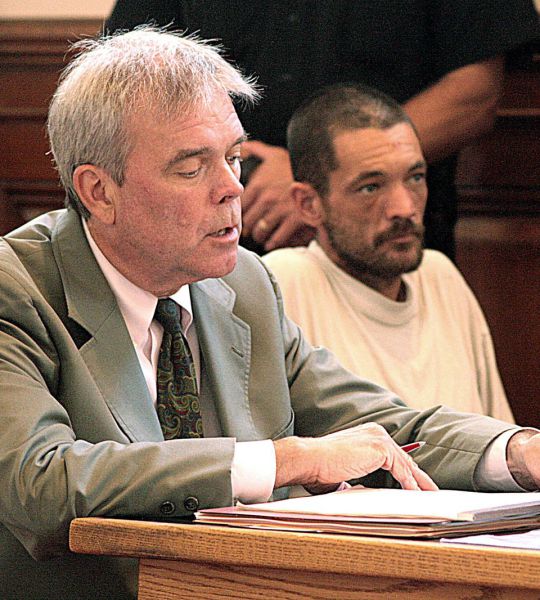 michiel1078 9 year s ago
i saw it on the news last week, in the Netherlands
i think he's an idiot
Reply
3

gigantes 9 year s ago
well, the police definitely deserved that one. only problem, the farmer did not do himself any favors there. it's hard enough being a farmer as it is.
Reply
4

SuckaMC 9 year s ago
Well... if you are gonna get revenge... then be all in! And 7 cars is pretty determined!
Reply
-2

Steafan 9 year s ago
There comes a time in life when one may decide that enough is enough! If one has a tractor and the police have beaten you up, then you might just climb into your tractor and have a go at crushing police cruisers. I'm sure many of us have had similar fantasies. It is difficult not to have such a fantasy when, on a daily basis, you see the police beating innocent people, hitting people with false charges, lying to judges, and generally being thuggish abusers of power.

In an impressive act of having the courage to actually carry out such an act of retaliation, one Roger Pion, a hard working man in Northern Vermont, just shy of the Canadian border, mounted his tractor and crushed the evil out of seven police cruisers. He probably would have crushed more of them had a few not been out on patrol, or perhaps being used for rendezvous of one sort or another. Personally, I'm impressed with Roger. Crushing police cars can't be a bad thing in a police state.

Unfortunately, Roger was caught and he needs your help. There are several pages online to promote support of Roger. There is also a page for making donations to his defense fund.

The donations page run by Roger's family is here: http://freerogerpion.chipin.com/roger-pion

The only way we're going to save Roger from the worst is if this cause goes viral. Please do what you can to spread the word and/or make a donation. A police cruiser crushing hero is a terrible thing to waste.
Reply
2

SonofaSigner 9 year s ago
So this idiot decides to take out his rage on a bunch of cop cars and then, rather than man-up and accept the punishment for his actions, has his family beg on the internet for money to bail out his sorry ass.
Screw Roger Pion. If he believes in his cause then he should stand up and proclaim it and accept his punishment. (you know, like that school teacher Nathan Hale and the revolutionaries who founded this country)

This accomplishes absolutely NOTHING. It won't even slow the sheriffs down- they'll borrow cars from surrounding counties and be in business tomorrow. And the sheriffs don't care, they're not paying for the replacement cars.
That bill will be paid by hard working middle class Vermonters. Not the rich ones who can hire accountants to avoid paying and not the poor who pay little or no taxes, but by the small business people, the other farmers of Orleans County, the teachers and the preachers, the guy who pumps gas and the gal who serves coffee at the local diner.
Part of it will be covered by insurance but the rest of the money will come out of the county budget, probably at the expense of the schools, libraries, roads, fire fighting equipment, you know, all that stuff that makes life better in Orleans County
And btw- the cops don't OWN the cars, they belong to the people of Orleans County.

What a maroon!
Reply
0

gigantes 9 year s ago
i'm not responding to the two interesting posts above, but--

you anonymous voters can vote my comments down, but i say again- the police definitely deserved this one. there is zero rational reason pot and hemp should be illegal substances and many fraudulent pay-offs made over the years to make it illegal and keep it that way. if you had actually studied the sorry history of the lucrative anti-cannabis campaign, you'd understand. if you had read the scientific papers summarising the lack of real negative consequences of pot, you'd understand.

any law enforcement official who targets pot smokers is morally bankrupt IMO. he has sold his soul, so to speak, and should be deeply ashamed of himself if he had any real awareness of his actions. meanwhile the far more damaging products of alcohol and tobacco are legal, highly controlled, and govts makes a killing on them in taxes. govts make nothing on the cannabis trade, other than by punishing people. pure hypocrisy, and one of the many reasons why this civilisation is failing.
Reply
0

SuckaMC 9 year s ago
Boy.. you never disappoint in being a stereotypical hipster douche... talking out your ass like you have actually published writings/ worked out the science first hand in the things you type. But shit... you are probably late teen/early 20's?... And I should give you some room to develop.... Some day you'll understand. I'll try to leave you alone till then....
Reply
0

gigantes 9 year s ago
look who's talking. a 13-yr old kid or a 13-yr old mentality who hasn't studied the science and therefore likes to talk out his ass on issues that are way over his head. meanwhile, any informed adult can search on the published papers in science that have found physiological detrimental effects of long-term cannabis usage and discover the fact that pot is one of the safest "dangerous" drugs ever discovered. whatever... chances are you'll never do the research, just like you'll never understand the term "confirmation bias."
Reply
0

User201 9 year s ago
I still don't get the bottom line.
He had marihuana, got caught, left being free and he decided to demolish the state properties.
Cops were happy, hey, new cars, thanks ! And it's all out of your picket.

And now... is he a Hero ? what revenge is that?
If he does something other illegal thing, like child abuse...
would he be still a "hero"?

Don't get confused just because more ppl using that stuff and favors to make it legal. As long as it illegal by law, deal with it.

And those ppl, who take "revenge" like this, deserves a place in jail.
Reply
0

oddbal 9 year s ago
This makes sense. Run over cop cars because you don't like the laws they enforce.
Reply