Valeria Lukyanova and Anastasiya Shpagina hanging out together. 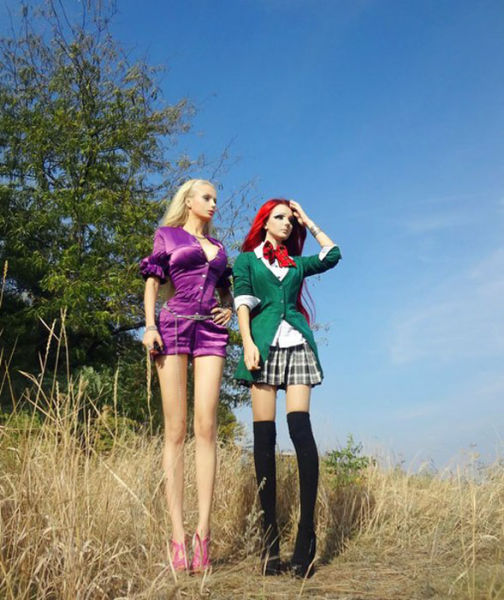 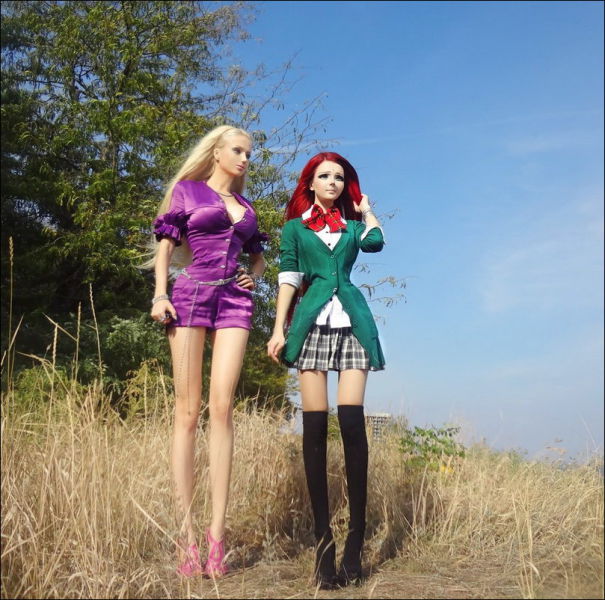 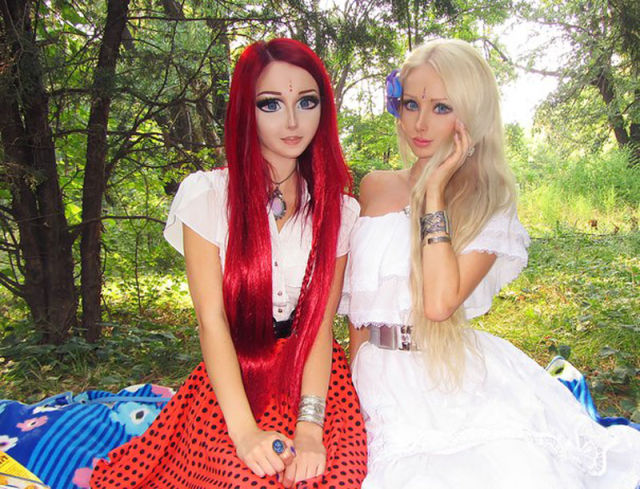 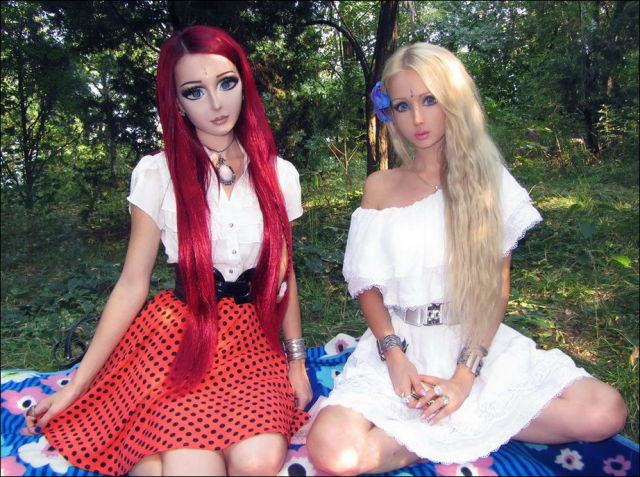 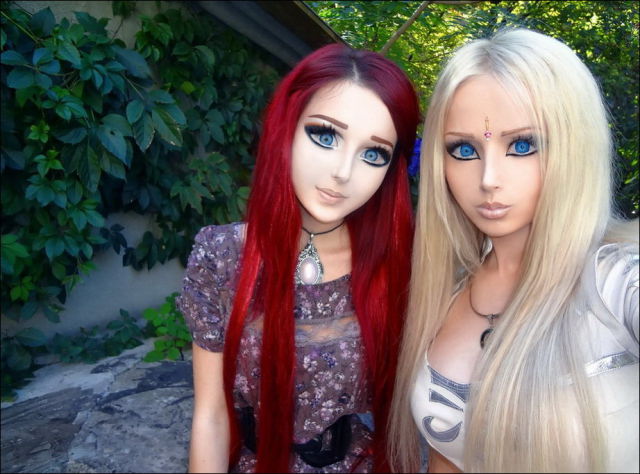 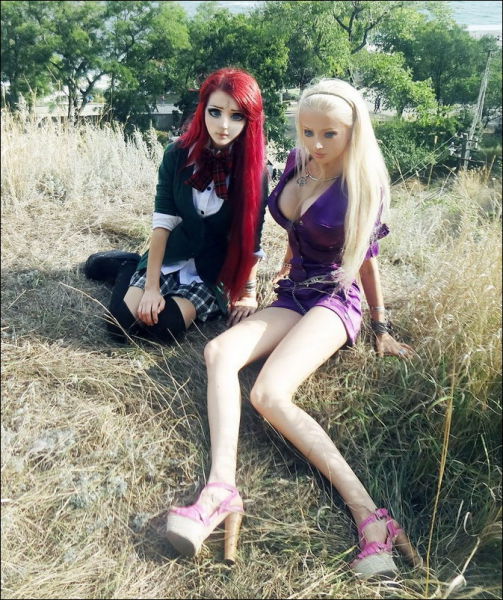 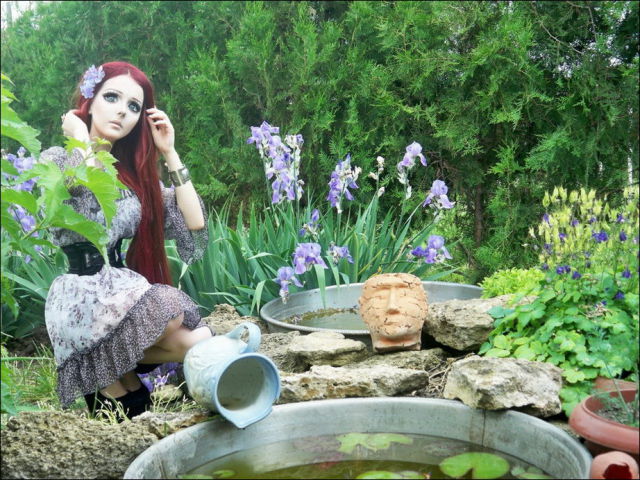 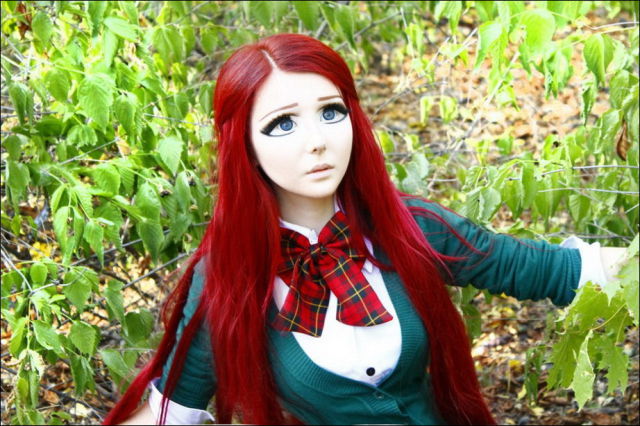 The trend for young girls to turn themselves into real-life dolls is gaining popularity and more ‘dolls’ are emerging all the time. This is another girl with Valeria Lukyanova who has recently joined this fashion phenomenon. 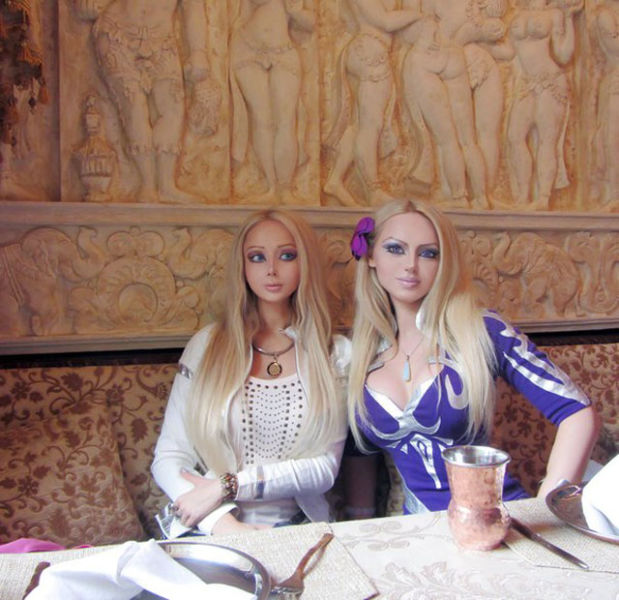 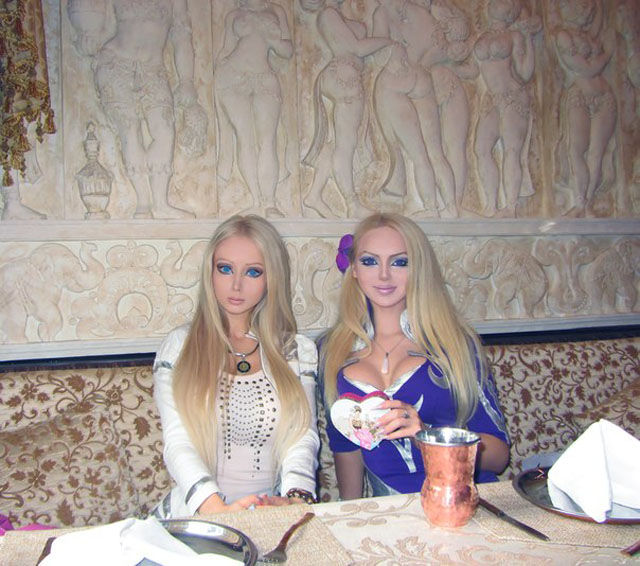 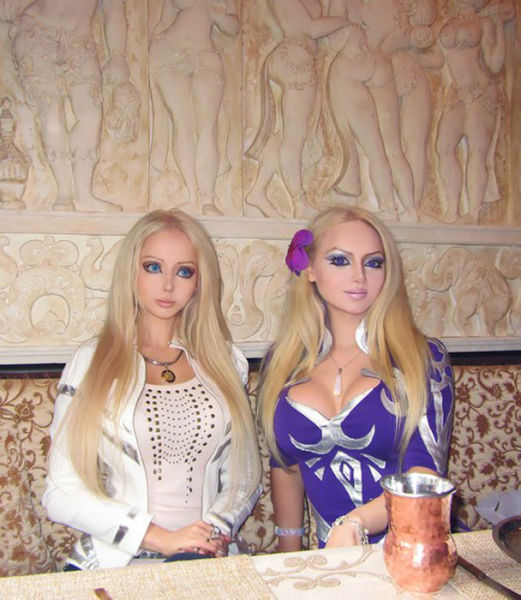 House 9 year s ago
omg, that shit is terrifying.
Reply
2

DarkWolf 9 year s ago
Pfft.. I'd still play Barbie with them.. Terrifying or not. ;)
Reply
0

what 9 year s ago
they cant be real
Reply
1

Sarkazmo 9 year s ago
They look like plastic and makeup stretched over a skeleton. EAT A SANDWICH!
Reply
1

Mr. Ree 9 year s ago
The solution to this is to only fuck them doggy style so you don't have to look at those creepy eyes.
Reply
0

ALeach 9 year s ago
I'll treat them just as I have of all the dolls I have run across, pull their heads of and throw them in a corner where my sister would have trouble finding them.
Reply
0

Alexandra Moore 9 year s ago
Why all the vicious negativity?
These women have been doing sinmething truoly creative, using themselves as canvasses, and fashion as well as art in their true sense.
Art is essentially forver seeking the new. It is NOT stereotypical, no matter how much we might feel comfortable with the same old same old.
So too is fashion, with the addition of creative fun.'
In the same way people will kills all spiders, and want to avoid others who do not look like or speak like or appear the same way they do, or think the same way, it is appalling the way the comments here have sought to dismiss, even destroy, the creativity of the women who have created the living doll fashion.
And make no mistake, these are not 'mere' capricious pubescents and teenagers. The Ukrainian Val admits to 27 years, and is believed to be a few years older. Not that this matters surely?
Sure, there's some make up involved. This is the theatre of art and fashion. So too is the added image photo manipulation with two of them (the second, an American is not shown here). The oldest of the lot decided to wear corsets to cinch her waist as a teen, hence her nipped figure. A bit. But she is naturally slender, with large eyes and good physique.
Is this part of the problem?
Is it because these girls and women are not fitting into the current North American and Euro-Mediterranean mould of obesity?
Surely, it can't be because their art and fashion form has been best received in modern Japan and more progressive style conscious areas in Asia?
Or is it because they choose to be different and to express themselves, their fashion, and their art individually?
Would the commentators on this page prefer these women and girls who can demonstrate with discipline their art and fashion style to instead be drug riddled, or suburban boring, or comforting to all the usual fashion dictates?:
If not, then what is your problem?
- Alexxxxx
Reply
0

Mr. Ree 9 year s ago
Obviously, someone feels a need to defend their mother's lifestyle...
Reply
0

stinkyfingu 9 year s ago
it was creepy at first, but the last one is kinda cute i think. hey, maybe this isn't so bad.
Reply
0

stinkyfingu 9 year s ago
OOPS. no, i like #8. i think that one is super cute
Reply