The Factual and Scientific History of Decapitation (10 pics)

Decapitation has been part of human history for centuries but the science behind this execution style is really interesting to know. 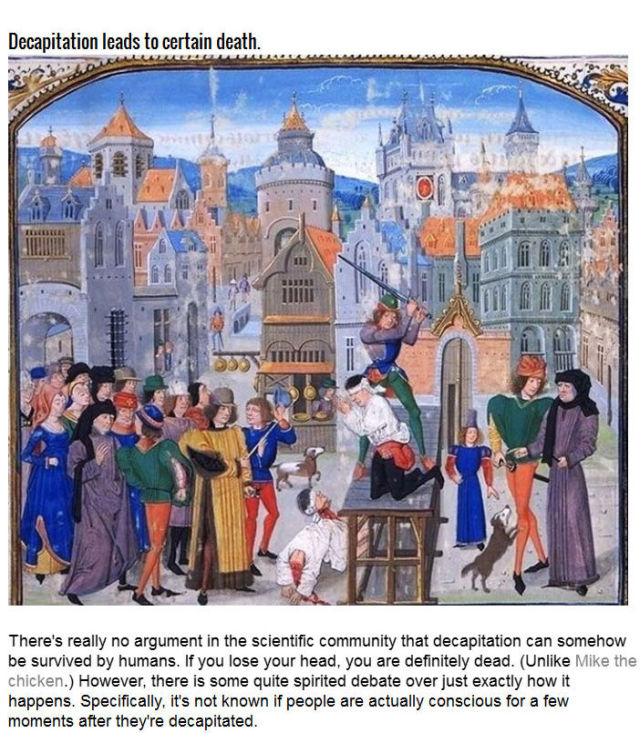 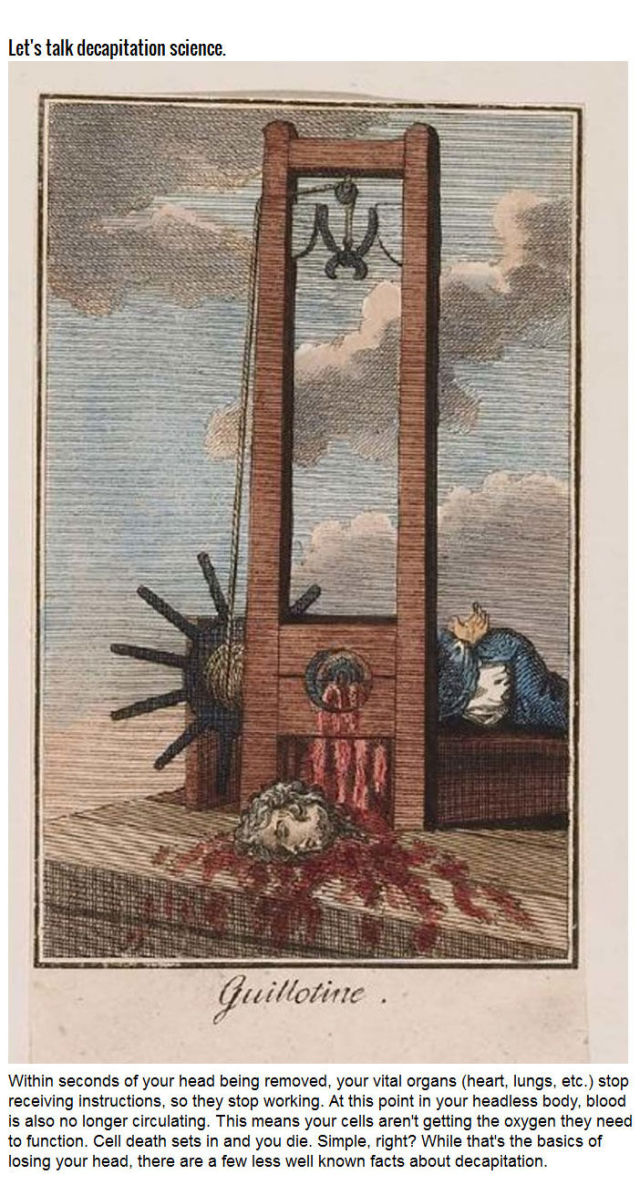 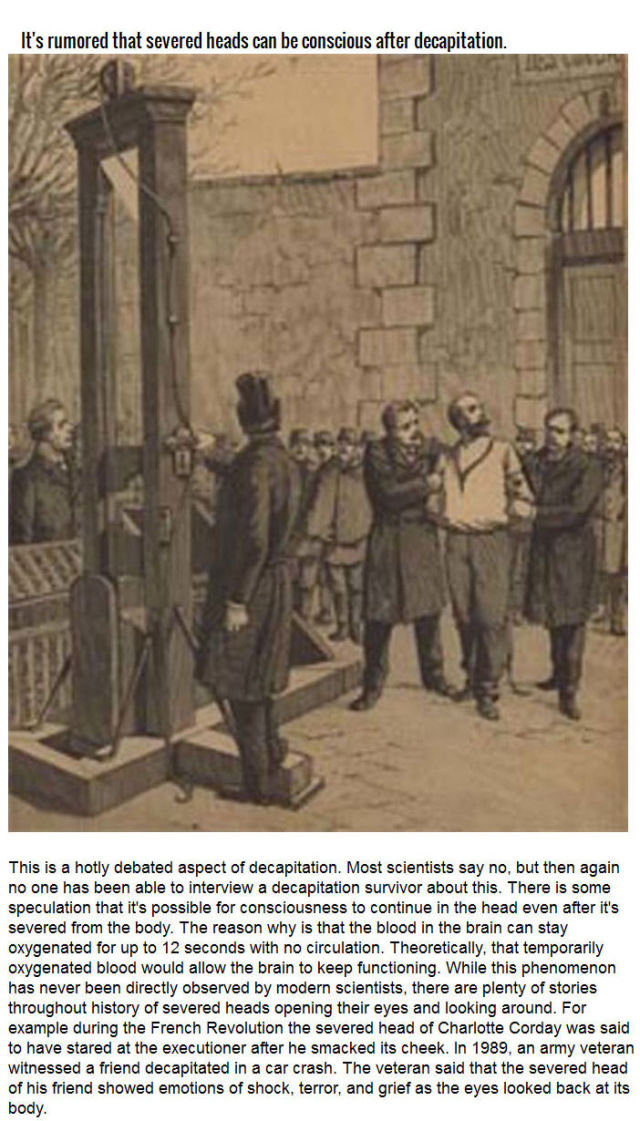 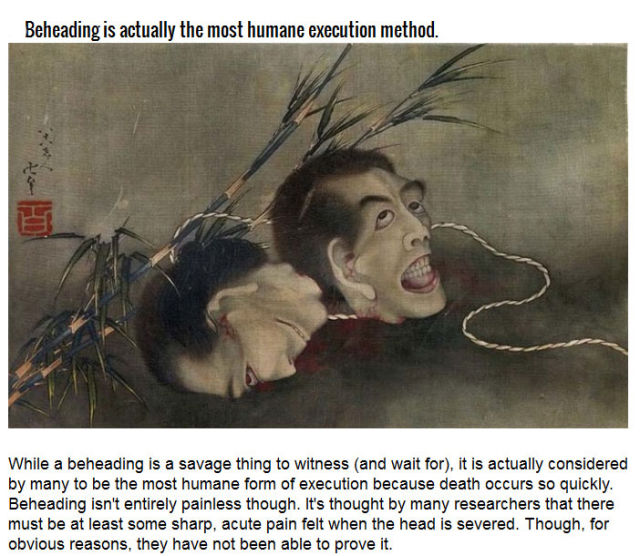 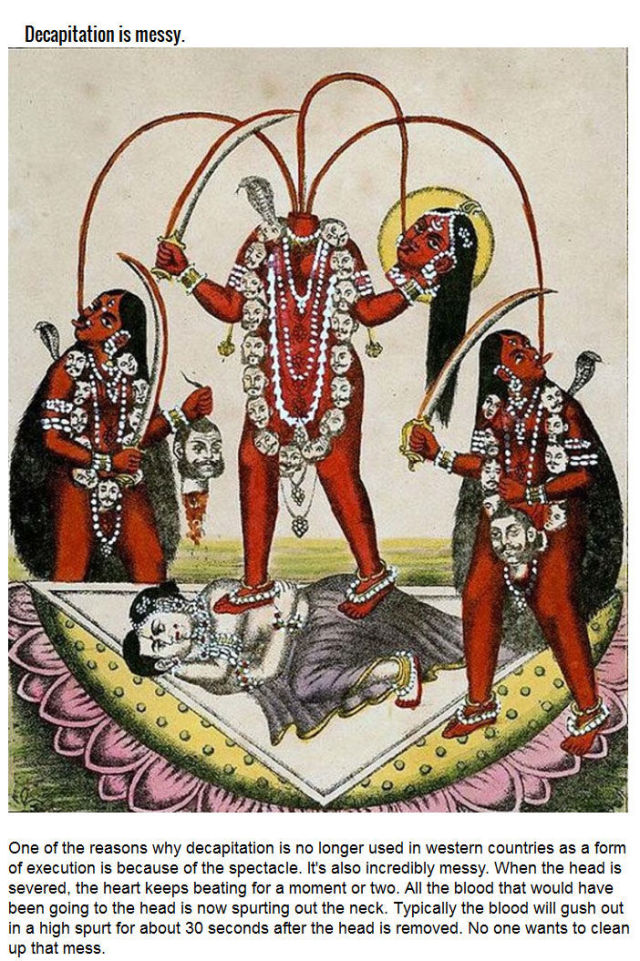 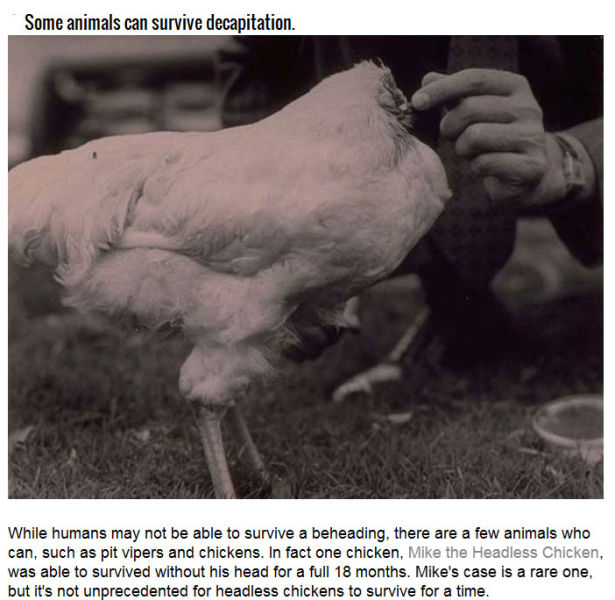 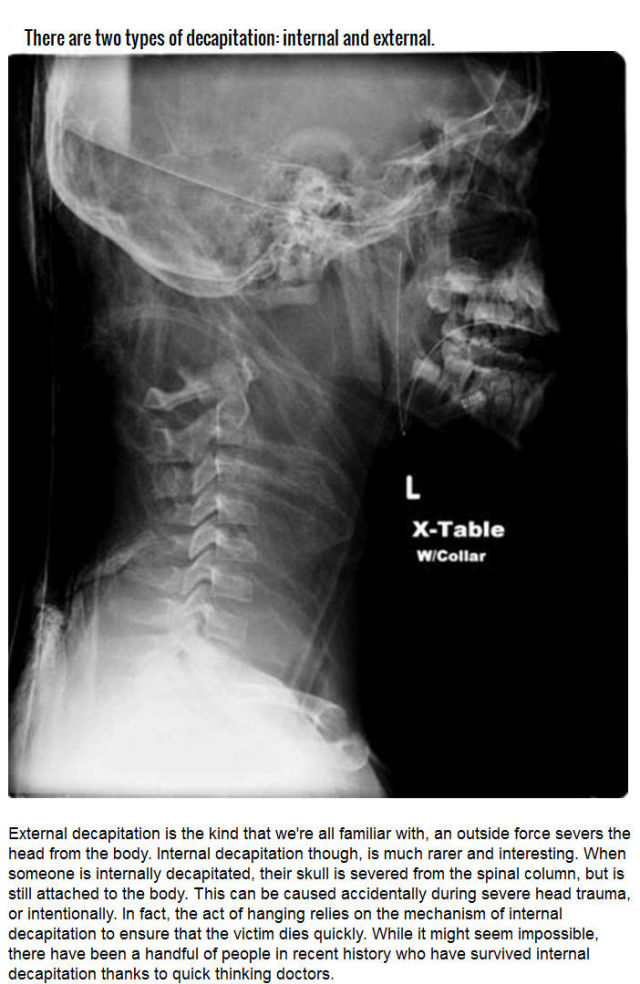 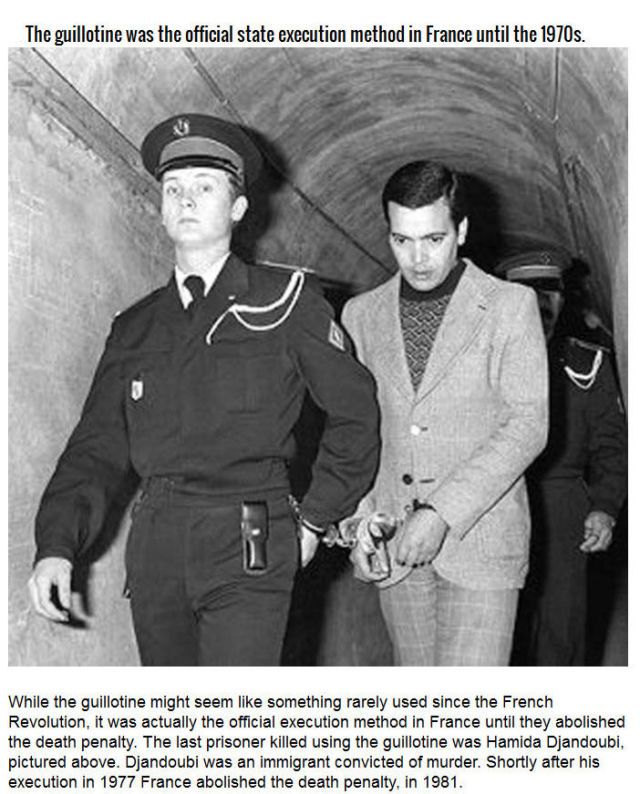 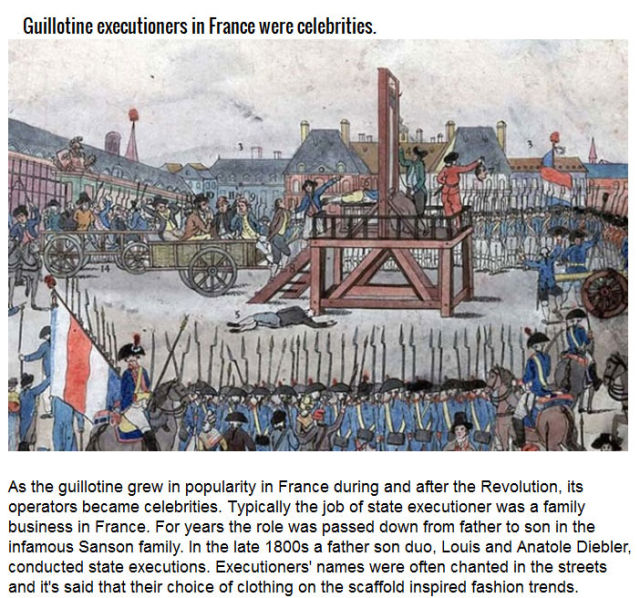 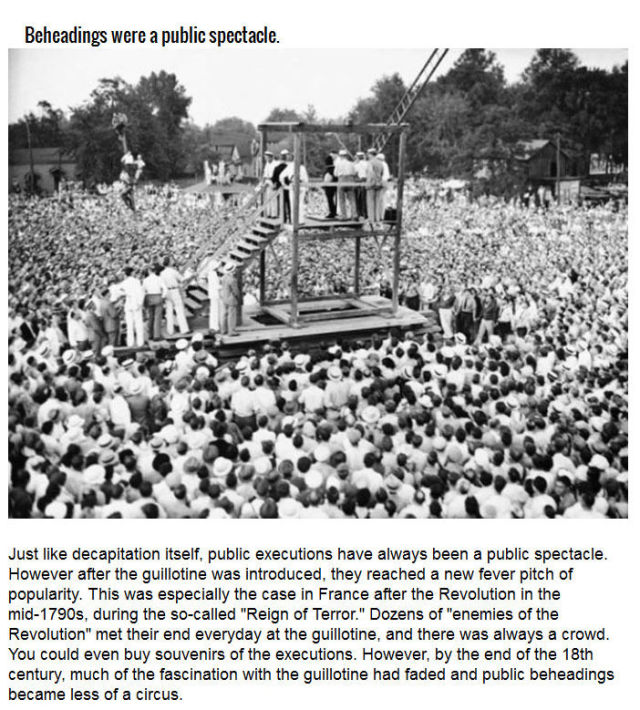 ArxFerrum 6 year s ago
Beheading has been the most applied form of execution since the dawn of this, our current civilization. Second to it comes hanging, then burning, firing squads, electric chairs, gas chambers and now, lethal injections.

The Guillotine actually made beheading almost humane... or as humane as taking a life could be because it immediately severs the brain from the body... so logically, there is no pain.
NOTE: What ISIS is doing today with knives is purposely/deliberately as inhuman as possible so there should be no confusing of the two.

As far as the head living on?
There are numerous stories of those beheaded by the guillotine that saw their faces show brief levels of consciousness after the process.

This gives the old term, 'Don't lose your head', quite some meaning.
Reply
0

Haikiri 6 year s ago
Between those Internet videos running around, I've seen one about a woman decapitation with a knife and the time in which the head was still alive after complete cut off was clearly long because not only the mouth was opening like trying to breath but also the eyes blink and try to look up and left at the one holding the head.

Also, I think our brain is more limited to think consciously when we are awake. As if the amount of information being coming from the entire body like sound, temperature, touch, balance etc. takes great part of its resources subconsciously and when we sleep, we relax about all that and virtually disconnect from most of those sensations, therefore the brain becomes less loaded of work and can wonder so well detailed imaginations.

That said, when the head is taken from the body, a similar effect must happen, where in this case its physically disconnected from most of the body and becomes free to think with its full resources.
Unless the person freaks out or the neck incision draw all the attention for the pain, those seconds where the brain still has oxygen should be the most clear and vivid moments of thinking of that person on its life.
Reply