At first glance, there might not seem anything off about this picture of a father and child. However, after reviewing the photo, the parents claimed that the child who appears in the background of the picture was not there when it was taken. They have both stated that it’s not their child nor is it a doll they own. 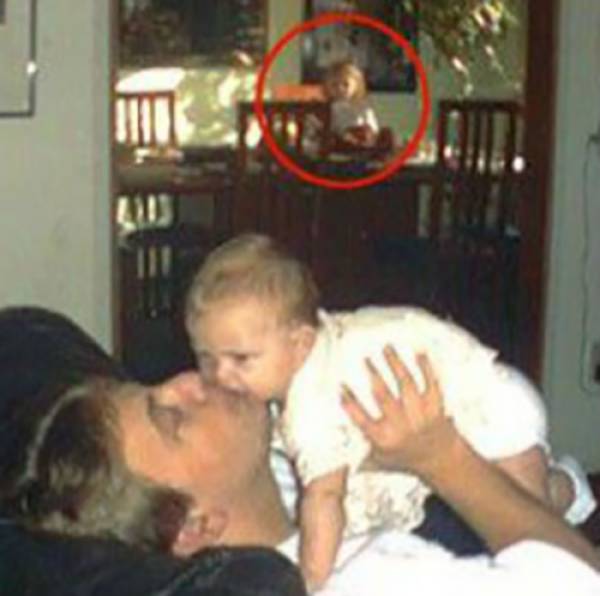 This photo taken from the inside of an airplane shows a weird, mysterious object floating alongside the plane. Could it be a bird? A piece of garbage? Possibly an unidentified flying object? Many believe that it could be a possible UFO considering it’s saucer-like shape and its other similar attributes. 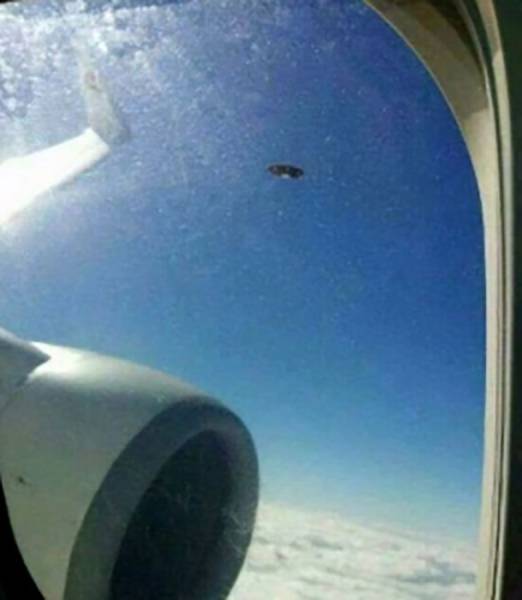 In this photo taken in Big Otter, West Virginia, a strange dark shadow can be seen lurking near the edge of the forest. Some people think it is Sasquatch, while others believe it could be a man, or possibly even a shadow. However, there’s no denying that the figure resembles something similar to the sasquatch folklore. 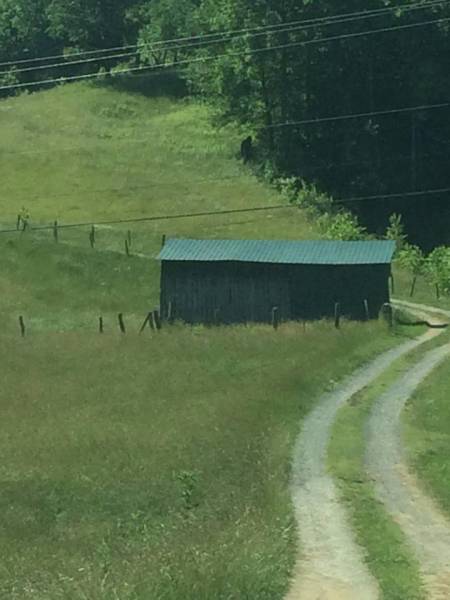 This photo, taken from a video recorded outside of Squamish, BC. It shows a large, dark creature which can be seen running through the snow in the mountains. The footage was captured by a hiker trekking through the Tricouni Peak mountains and many people believe it could be Sasquatch because of its size and remarkable pace. 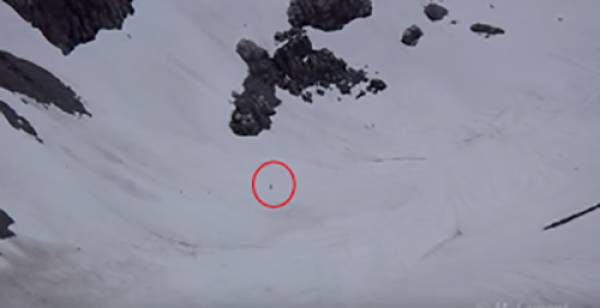 This strange wooden idol was found in Russia and dates back to 11,000 years ago. The idol contains a code which researchers have been unable to decipher. The Shigir Idol is said to be the most ancient wooden sculpture in the world and is currently displayed at the Sverdlovsk Regional Museum of Local Lore in Russia. 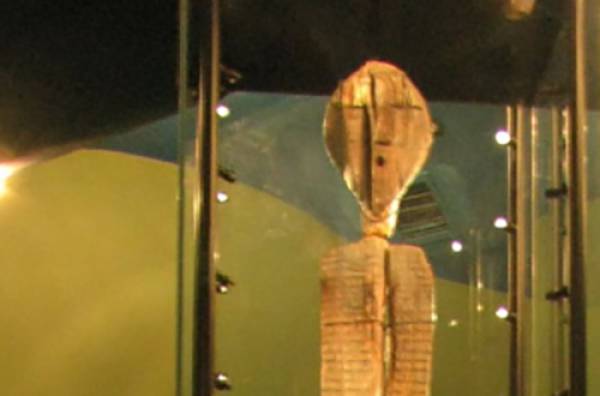 The Baltic Sea Anomaly pictured here is a mysterious object located at the bottom of the Baltic Sea. First discovered in 2011, the discovery has baffled experts from all over the world. The structure was found by Swedish treasure hunters, Ocean X Team, led by Peter Lindberg and his co-researcher Dennis Asberg. 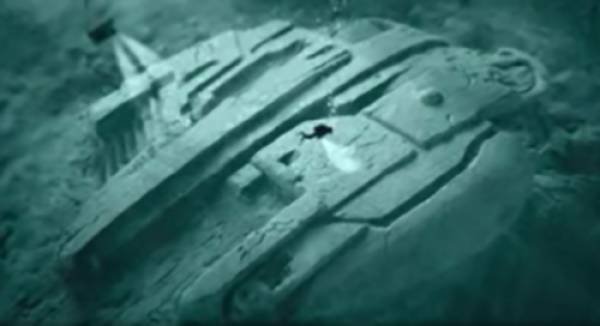 A couple visited Colorado for some exploring and took a photo. When they zoomed in on the photo, they noticed a strange figure lurking in the distance. The couple says that they were the only ones there at the time, and cannot explain what or who the strange figure in the background is.

These photos were taken by the Mars Rover, the first on Mission Day 3528 and the second on MIssion Day 3540, just 12 days apart. In the second picture, an unexplained stone appears in the middle of the rock formation, and no one has yet been able to explain it. 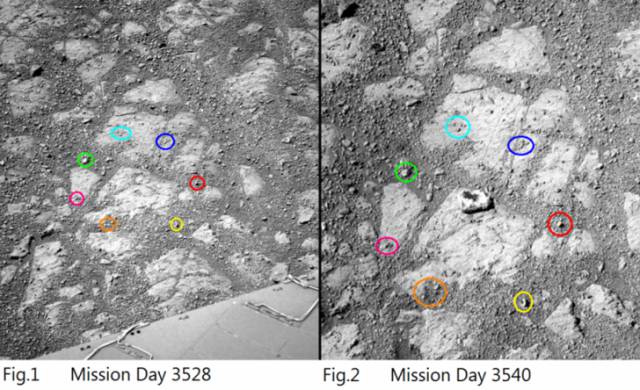 This photo of the San Pedro Mummy shows mummified remains which were discovered in a cave in Wyoming in 1932. To this day scientists have been unable to explain what exactly the figure is. The mummy has since been passed on to a New York businessman, Leonard Wadler, and its present location is unknown. 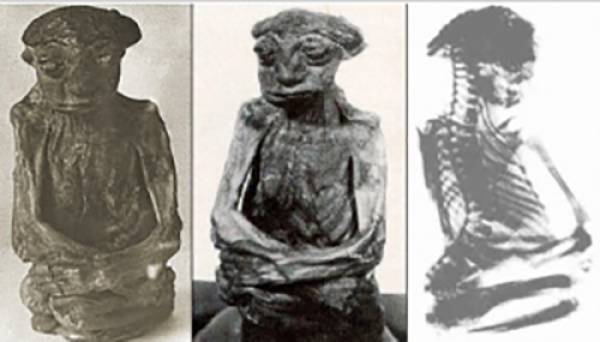 In 2015, a 17-year-old boy went missing after he went hiking at a popular hiking destination called the Haiku Stairs in Hawaii. In one of the last few photos he texted to his family before he disappeared, a man can be seen lurking in the bushes. The whereabouts of the boy and the man in the photograph still remain unknown. 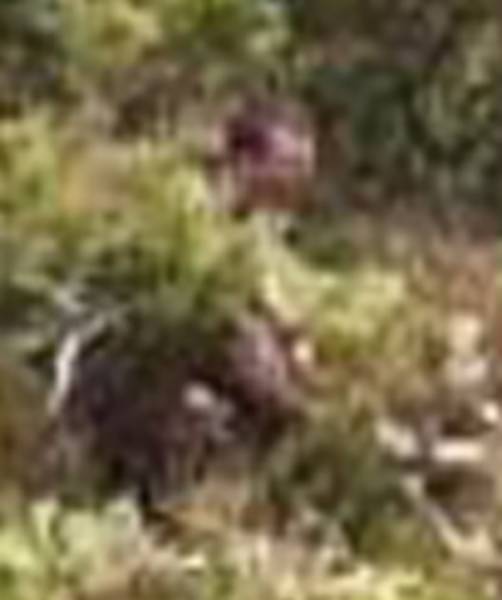 In this photo taken on Mars, a bright light is seen in the distance. Scientists have not revealed what the strange light might be and the sight has excited UFO enthusiasts. The image was taken by NASA’s Curiosity rover in April in a new study area known as the Kimberley. 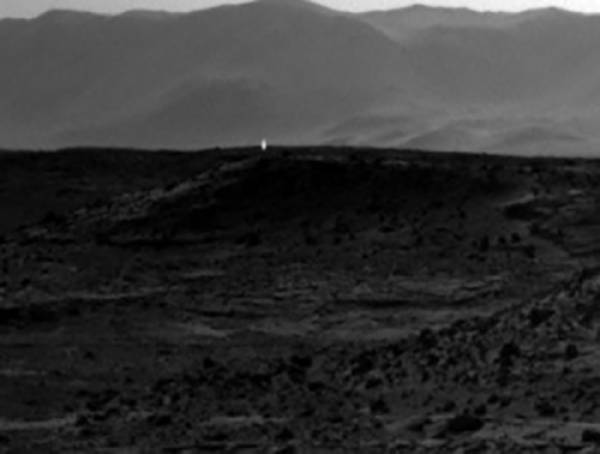 This photo of a woman on the day of the JFK assassination in 1963 has raised suspicions for years. The lady, called the Babushka Lady, is seen pictured in several photos at the JFK assassination. While others run for cover, she can be seen snapping pictures with her own camera. Investigators were never able to find her identity. 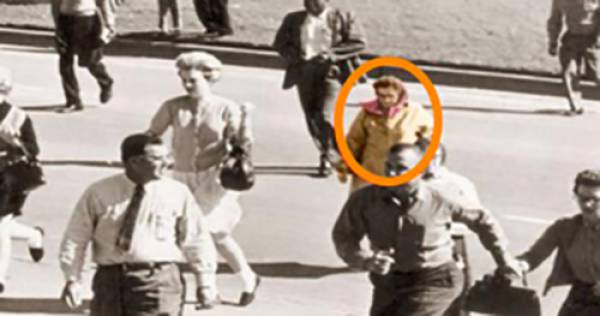 In 2013, Elisa Lam went missing after checking into a hotel. She was later found in a water tank on the roof of the hotel. Video footage of her acting very strange and speaking to an unknown presence was later found on the hotel’s security tapes. The video footage cannot be explained, and no one knows who or what Elisa was talking to. 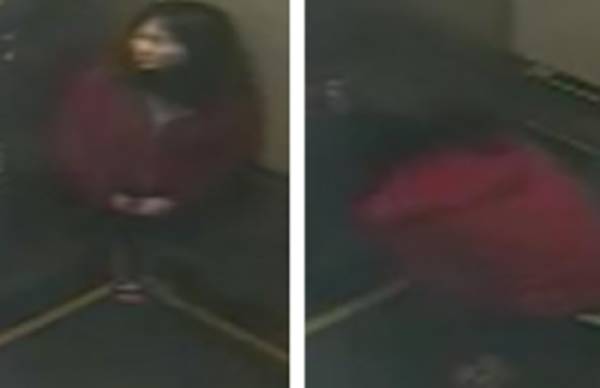 A woman took a photo of her husband in a car when she visited her mother’s grave in 1959. She developed the photo and noticed the faint imagery of a person sitting in the back seat of the vehicle. Later, she claimed that the person was the ghost of her mother. 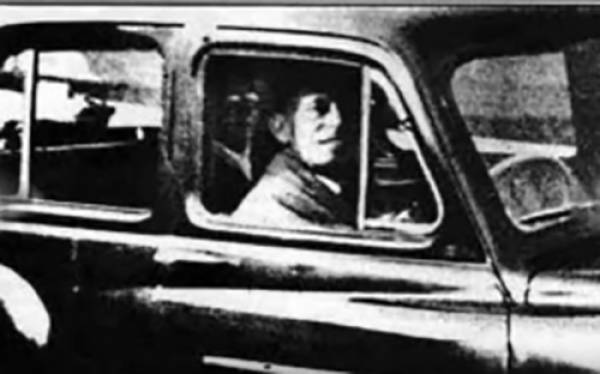 While on vacation in London, England, Reverend Ralph Hardy took a picture at the National Maritime Museum in Greenwich. The photo was taken in 1966 and it shows the Tulip Staircase in the Queen’s House, which is regularly off limits to visitors. When he developed the film, he noticed a strange shadow climbing the stairs. 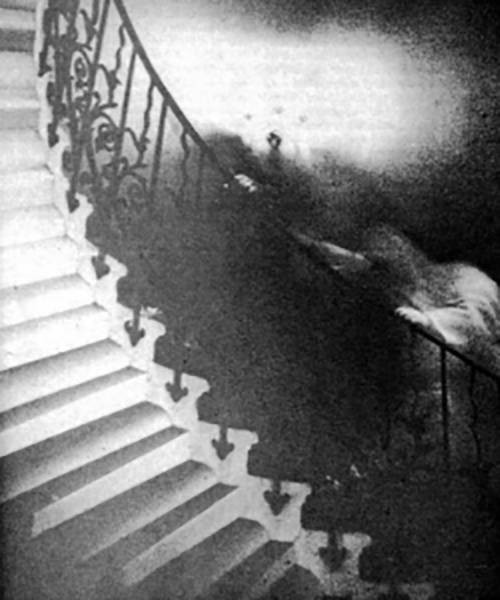 Peter Berthelot took this picture of his wife at a church, and it wasn’t until he developed the film that he noticed what looks like a ghost sitting behind her. Legend says that the ghost is named the “White Lady.” The woman in the photo has since claimed that she believes she was “healed” by the presence. 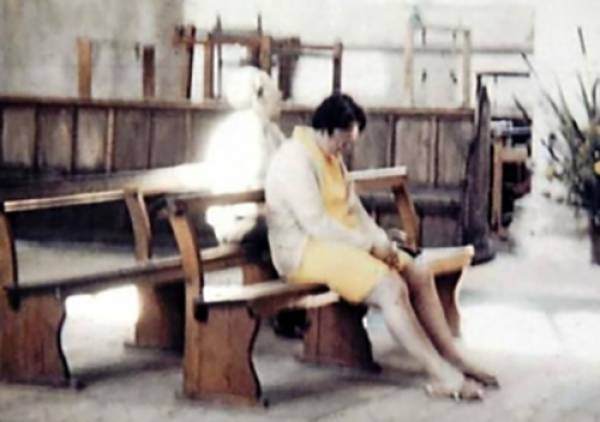 Bokeh, an out-of-focus part of a picture, is a common and sometimes intended aesthetic quality in photography. However, this seemingly innocuous picture ended up showing an unsettling background presence. If you look closely at this picture, you can spot a strange, floating figure to the left of the photo. Could it be a ghost, an illusion, or simply a smudge on the camera? 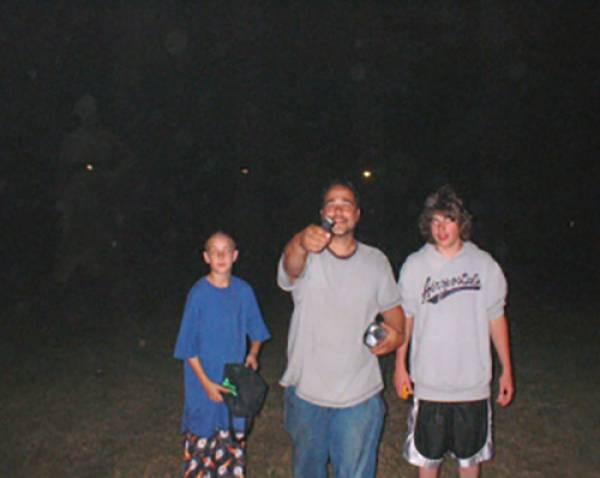 This creepy photo was taken in the mid-90s by a tourist visiting a cave in Ras al-Khaimah, United Arab Emirates. Supposedly, two friends who entered the cave saw a freaky creature and decided to take a photo. The friends also apparently heard a boy shrieking right after the picture was taken. They contacted the police, who searched the cave and found a human body. To this day, the two friends swear that what they saw was not a human body, but a scary, alien-like creature. There are many legends and stories surrounding the picture that differ in the outcome for the two friends. Some people believe that only one of the friends made it out of the cave alive. The image first began circulating in the middle of the 1990s in England when the photographer returned to his home country and sold it to the Bournemouth Advertiser where it ran in the newspaper and caught global attention. 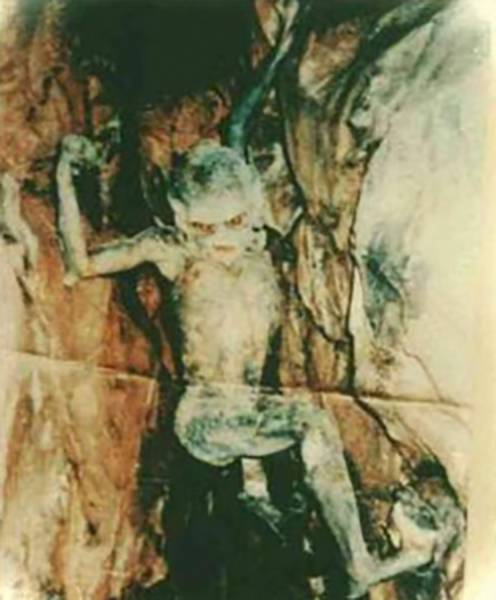