He once drank 119 beers in 6 hours (that’s one every 3 minutes) and passed out. When witnesses couldn’t move him, they just put a piano cover over him and let him sleep it off. 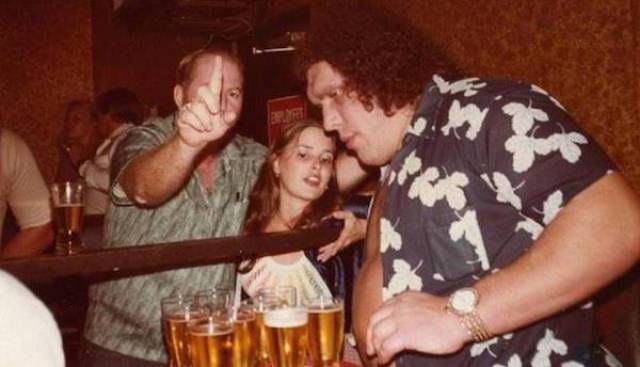 He was a known trickster. Once he discovered he could lift and move a small vehicle on his own, he orneriness hit new heights. According to Frank Valois in an interview with Sports Illustrated:

“He discovered one day in Paris that he could move a small car by himself, and for quite a while after that he amused himself by moving his friends’ cars while they were having a meal or a drink, placing them in a small space between a lamppost and a building, or turning them around to face the other way.” 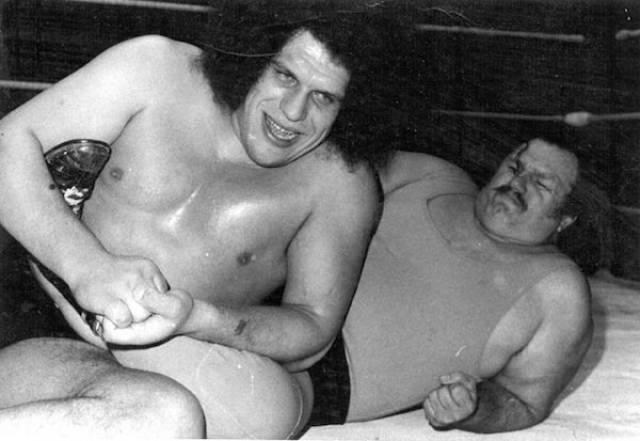 While in Quebec City, former wrestler Arnold Skaaland tells a story of a large, drunk lumberjack that tried to pick a fight with Andre.

“We were at this little bar after a match and I noticed this guy kept staring at Andre. That’s not unusual, except he looked like he was building up steam. And sure enough, he walked up to Andre, tapped him on the shoulder and cursed him and called him out.

We were standing at the bar, and Andre turned around to face the guy and spoke to him softly. He told him he didn’t want to fight, and he even offered to buy him a drink, but the guy cursed him again. The words barely got out of his mouth when Andre grabbed him by the neck and belt and drove him into the wall across the room. I think it broke the guy’s ribs.”

As a child, Andre was too big to fit into a school bus, so he took a ride each day from author Samuel Beckett. 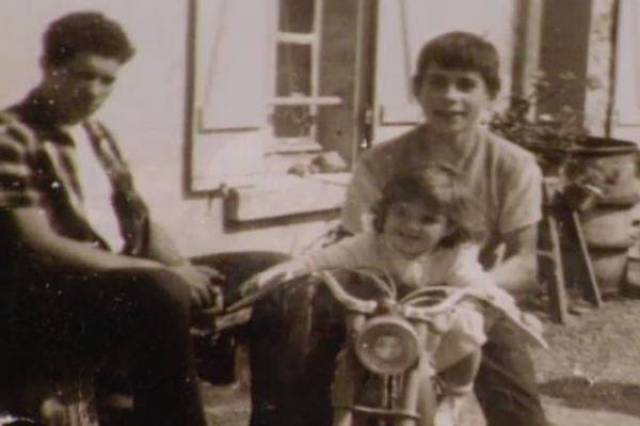 Andre didn’t reserve his prankster nature for outside the ring only — he brought it in. During a match against Jake ‘The Snake’ Roberts, Andre decided it’d be wise to pull a fast one when he sat on his opponent. Once he had Roberts securely underneath him, he ripped one.

Andre started laughing, causing the referee to ask what was happening. Andre told him he was farting. “This went on for like 30 seconds,” Roberts said. “Giants fart for extremely long periods of time.” 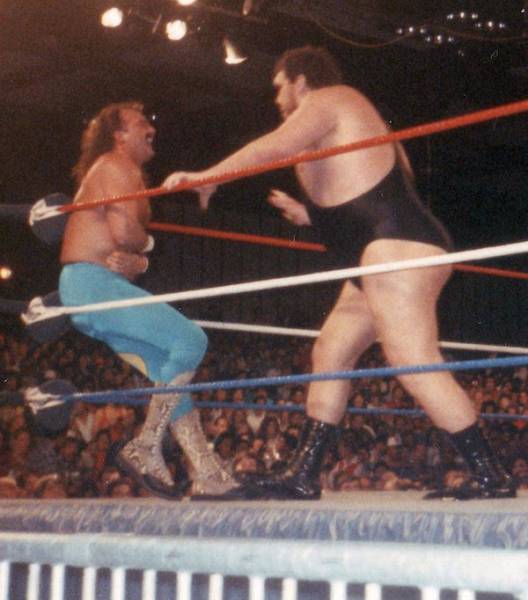 During the filming of The Princess Bride, Andre would cover Robin Wright’s head with his hands to keep her warm. His mitts were so large that one would easily cover the entire top of her head. 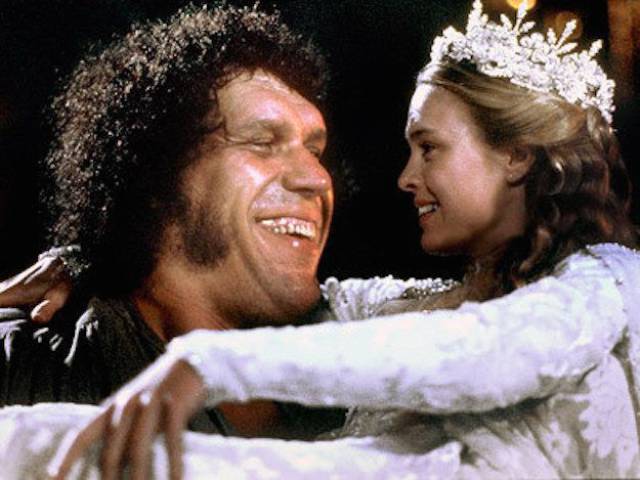 Andre admitted he loved being on the set of The Princess Bride because “Nobody stared at me.”

Andre The Giant was the “Greatest Drunk of All Time”. He could put down around 7,000 calories worth of booze every day.

According to Richard English, it took Andre almost two bottles of vodka in order to get a buzz. That information actually came in handy when Andre needed back surgery. The anesthesiologist had no clue how much morphine to administer Andre and used his tolerance to vodka as a measuring for dosage. 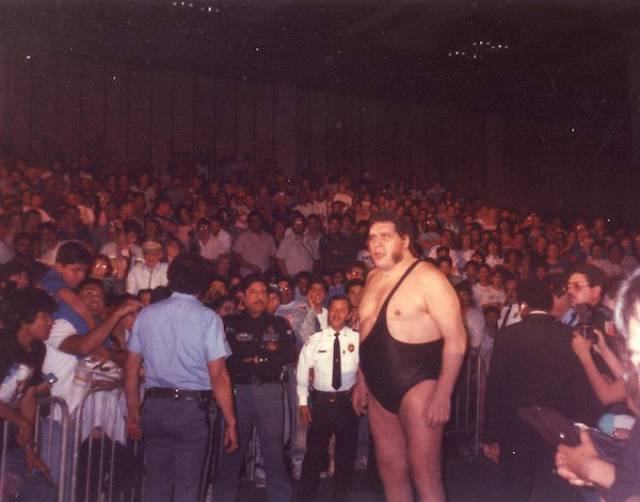 Andre was known for having guard dogs run from him, petrified. When speaking about friend and restaurant owner Rober Sembaizza’s and his “vicious” guard dogs, he had this to say.

“Boss, it was so funny. Dogs often react to me that way if they don’t know me, but these two dogs were supposed to be so mean. So vicious. One was a German shepherd and one was a Doberman. Both times I was asked to stand still while the owner brought the dog in, and both times the dog got one look at me and ran the other way as fast as he could go.”

Shepard Fairey’s OBEY clothing line developed directly as a result of his “Andre the Giant Has a Posse” street-art campaign. Furthermore, the OBEY Giant is simply a “caricature” of Andre The Giant. 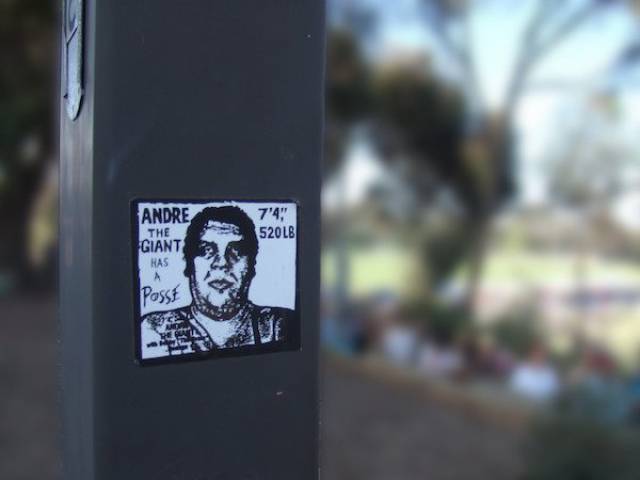 Andre the Giant once drank 127 beers at a hotel bar, passed out in the lobby, and stayed there until he woke up. Why? Because he was too large to move. 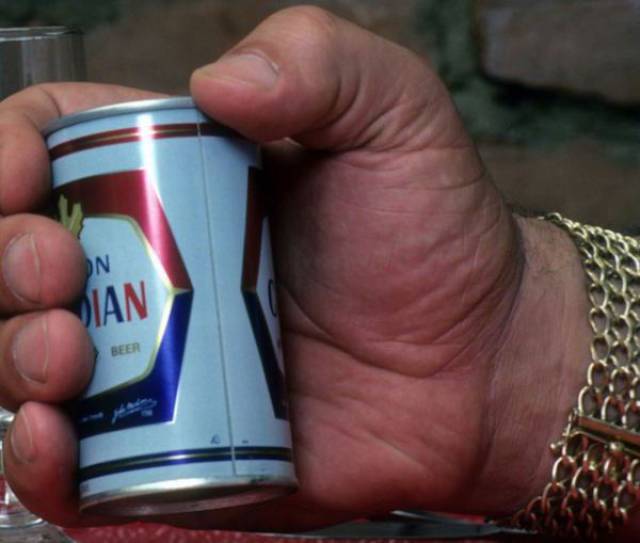 Ex-wrestler Barry Darsow was drinking with Andre one night and, after polishing off a couple cases of beer thought it savvy to actually fight Andre. This was a mistake. Darsow walked over, punched him as hard as he could and received an intense stare from Andre.

Andre asked him why he did that, and then picked the 350-pound man up and tossed him through a sliding glass hotel window, leaving him hanging five floors up. Don’t mess with The Giant.

He was rejected from joining the French Army because of his immense size. They didn’t have big enough beds, boots or uniforms to suit him. They were also concerned that the depth of their trenches would prevent him from defending himself. 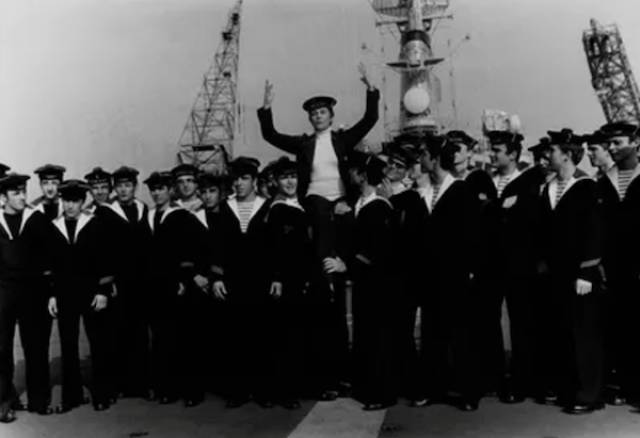 Andre often talked about wanting to see Broadway shows but ended up never attending one due to being concerned about blocking the view of others. 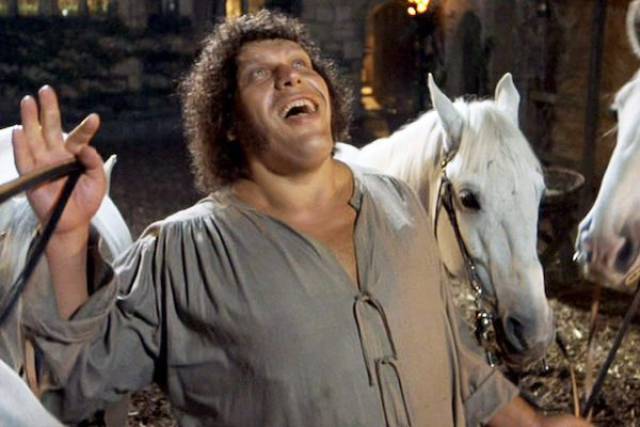 He could easily walk into a restaurant and eat 12 steaks and 15 lobsters in one sitting. According to friend and WWE ref Tim White “He didn’t do that often, but if he felt like putting on a show and having some laughs, he’d go ahead and do that.” 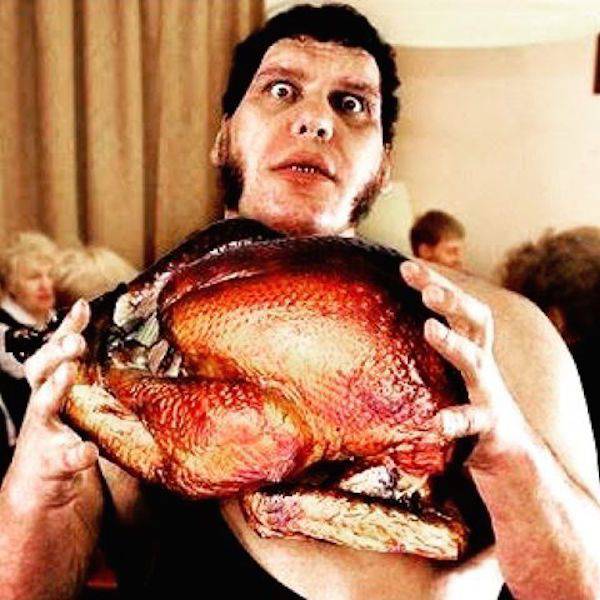 While in Paris for his father’s funeral, Andre passed away in his sleep. His father had died just 12 days before. 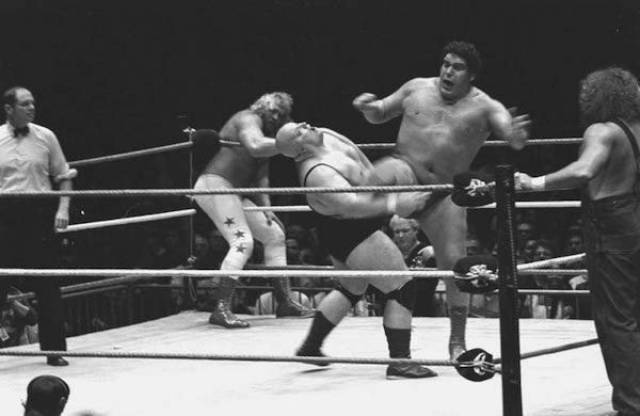 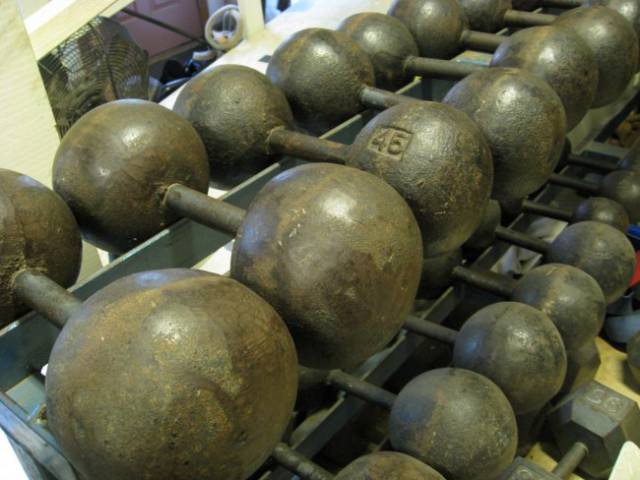