It is possible to feel the same sensations you feel during sex when thinking about/eating certain foods.

study showed that women who wear warm socks in bed have a higher chance of achieving an orgasm.

Many men who have undergone cardiac arrest have been linked to being unfaithful in marriage.

Humans are not the only ones interested in performing oral sex — wolves, bears and bats are also known to participate in the practice quite often.

Female penguins engage in a form of prostitution. Researchers have repeatedly observed female penguins exchanging sexual favors with male penguins that aren’t their mates in exchange for pebbles they will use to build nests for their babies.

When people aren’t having sex in the bedroom, the car is the most popular spot for intercourse.

According to many researchers, your skin is the largest sex organ in your body, and your brain is the most powerful.

The globe average for times having sex per year is 103. Greece leads the world with an average of 164, and Brazil is second with 145.

Nearly 70% of males refuse to have sex with someone who is on their period.

Vaginas are long, just like penises. The average length of a vagina is 3 to 4 inches long but can expand 200% when they experience arousal.

If you have a cold, try having sex with your SO to clear up your nostrils instead of packing on the medicine. The adrenaline that hits your body when you get off causes your sinuses to become crystal clear.

Every day, worldwide, there are approximately 100 million cases of intercourse going on.

Studies show that people who have sex four or more times per week earn more than those who do not.

In the U.S. approximately 70% of people have admitted to fantasizing about group sex, with 50% of those people actually doing it.

When having an orgasm, your brain temporarily shuts down the amygdala, the part of the brain that triggers fear and anxiety.

The word “clitoris” is Greek for “divine and goddess-like.”

In case you were wondering, there is enough sperm in one single man to impregnate every woman on the planet who is fertile.

Having sex at least once per week can lower a man’s risk of heart disease by 30%, stroke by 50%, and diabetes by 40%. It has also been shown that men with an active sex life are more likely to live past 80 years.

A study at the American Sociological Association found that the most enjoyable sex is the result of being in love with your partner.

One out of every ten European babies is conceived on an IKEA bed.

Some women reported that after an orgasm, they experienced short-term memory loss.

Everybody 1 year ago
@Sunlight: Lucky you: I'm married but my rate is 0 per for many years now...
Reply
0 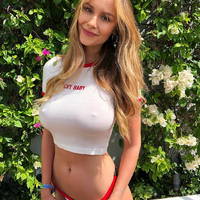