A desperate mother shared photos of her son Cody… 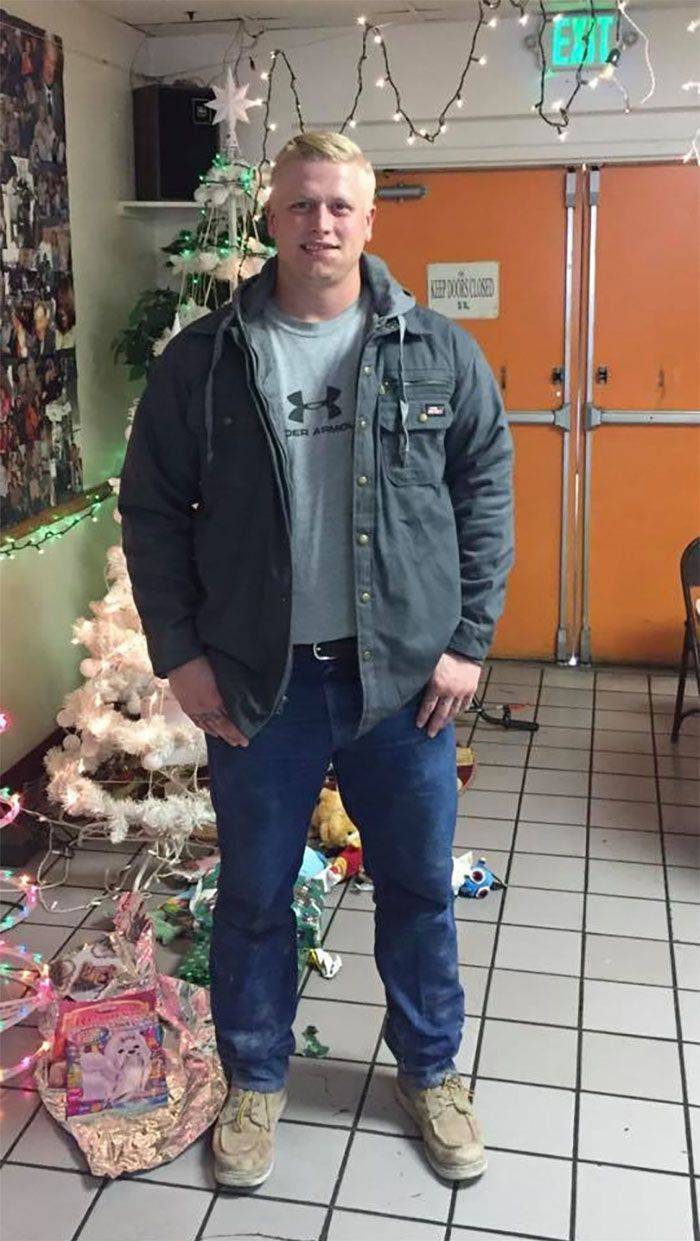 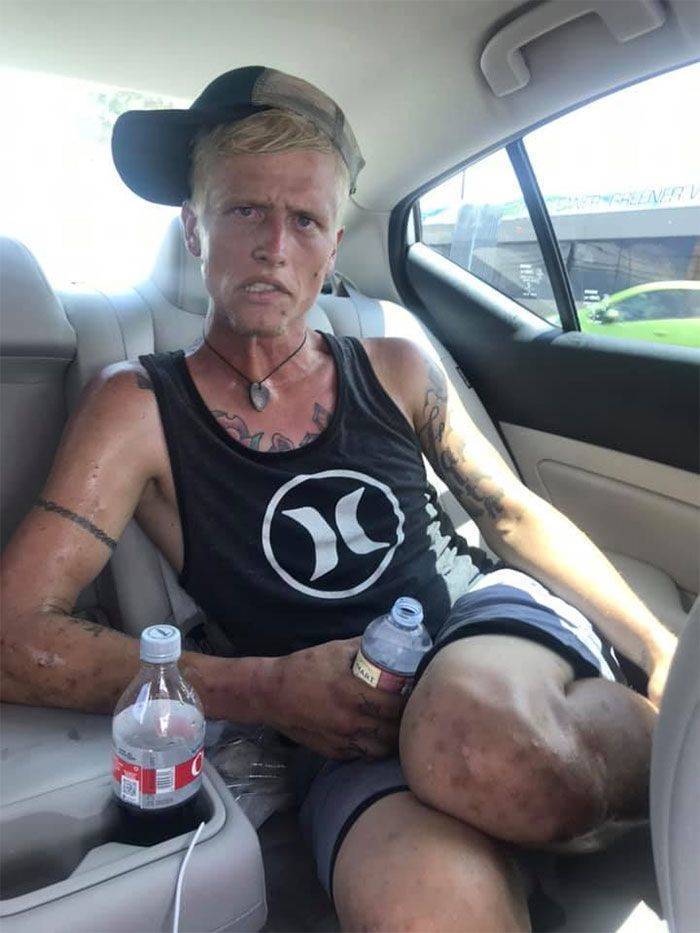 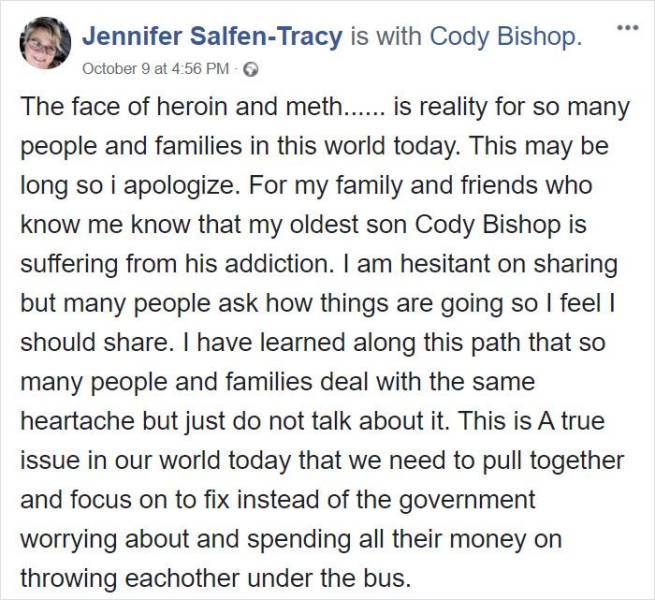 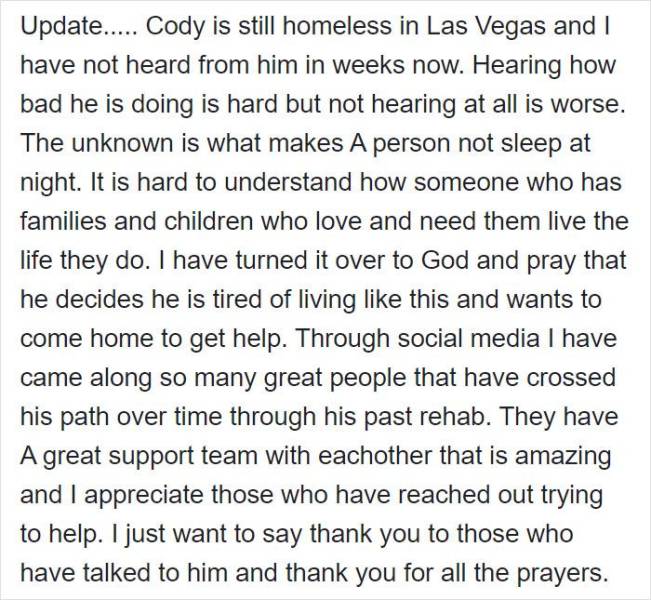 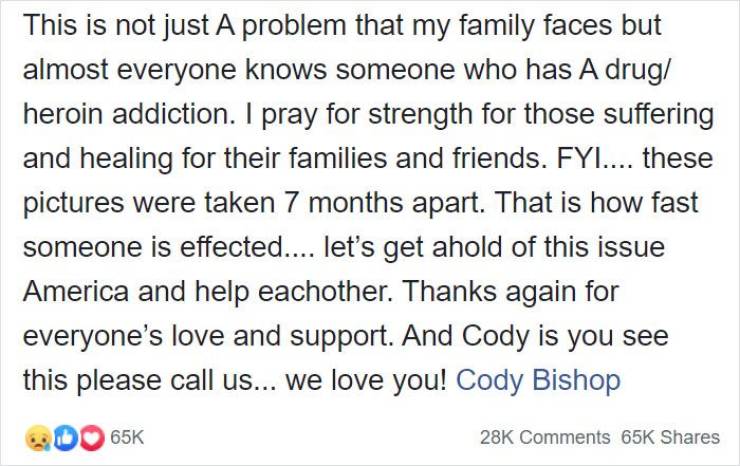 Cody’s mom, who is from Missouri, hopes that her son will return home and get his life sorted out because of the major negative impact that drugs have had on his life, health, and outlook on life.

Salfen-Tracy also drew attention to the fact that this sort of addiction is far from rare; it affects more people than you’d expect. Heroin, which is an opioid, is part of a larger problem of addiction in America and elsewhere.

In the United States, addiction— of all types — is widespread. Addiction Center highlights that 21 million Americans “have at least one addiction,” however, only a tenth of them receive treatment. The Center also notes that out of those, 2.1 million have an opioid use disorder and almost half a million Americans are regular heroin users.

Over 700,000 US citizens have died from overdosing on a drug (any drug) from 1999 to 2017. Drug and alcohol addiction is a heavy weight on the US economy: it costs the country more than 600 billion dollars each and every year.

What’s more, around a fifth of Americans who have “depression or an anxiety disorder also have a substance use disorder,” according to Addiction Center.

Around 130 US citizens die daily from opioid overdose. Since 2017, 15,000 Americans have lost their lives because they overdosed on heroin.

An astoundingly large number of people in the US have used heroin at least once since 2017: 886,000 individuals have tried it and around a quarter of them will go on to be addicted to heroin. All we can do is hope that Cody gets the help he needs and doesn’t become just another statistic. 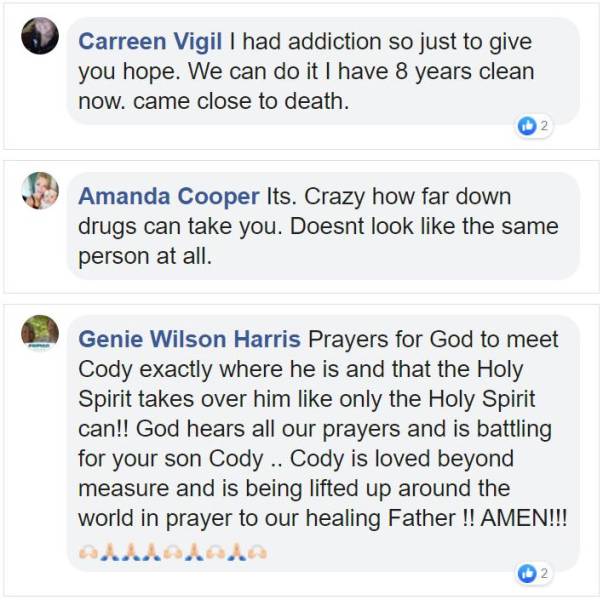 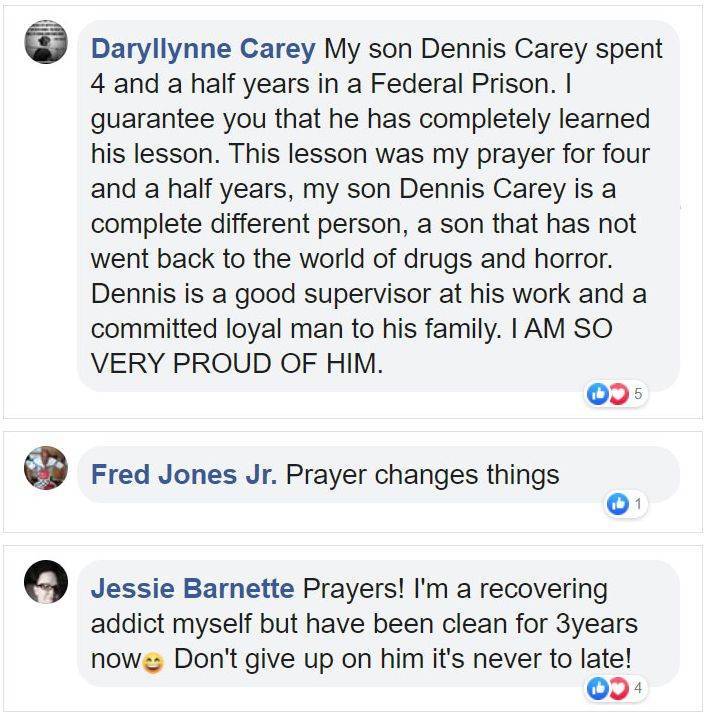 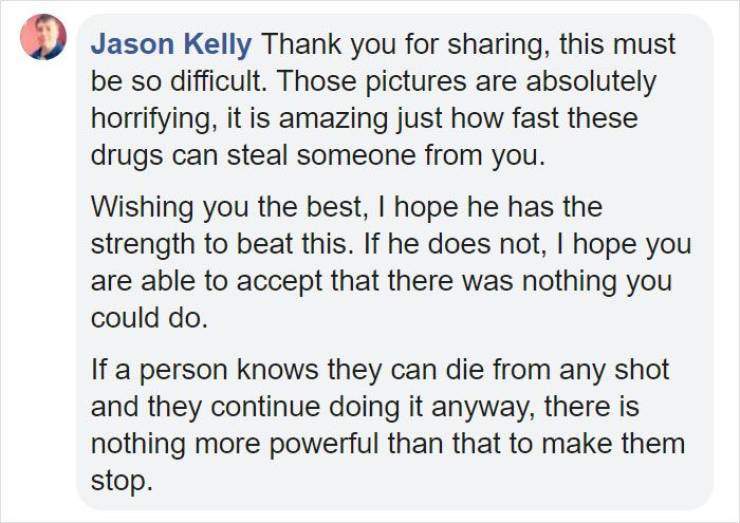 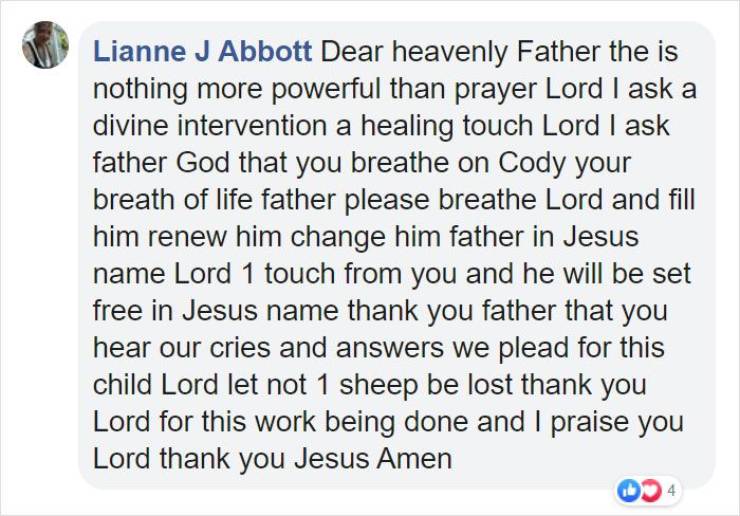 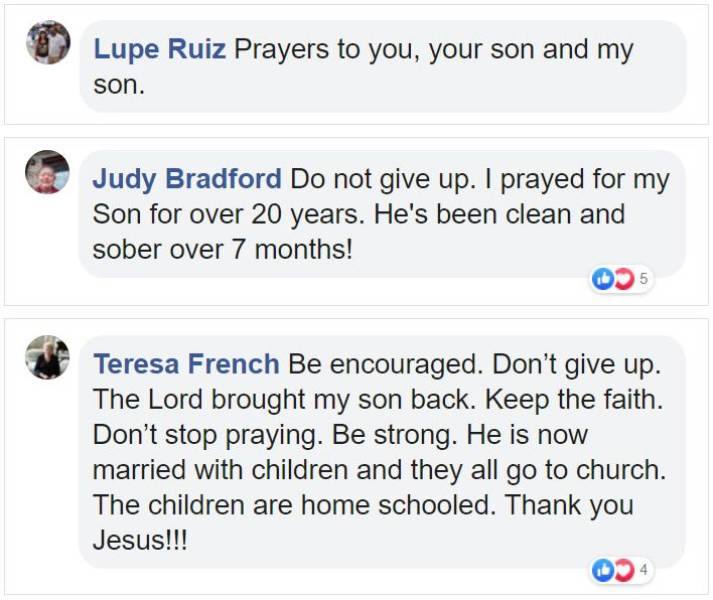 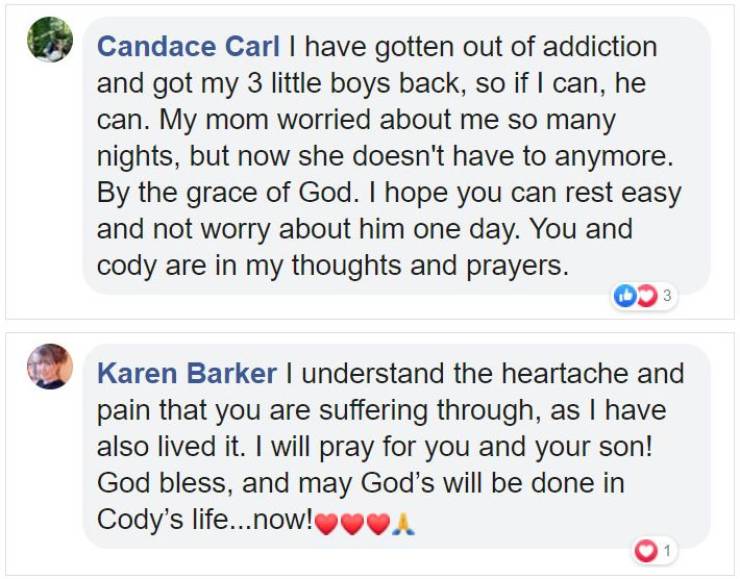 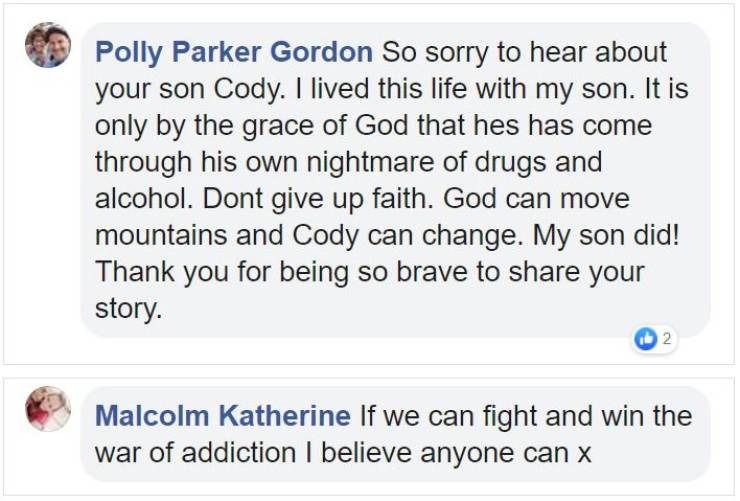 Offer 1 year ago
It is a shame but you can't protect people from themselves.
Reply
-1

Gorgeous 1 year ago
I see the problem, praying to an imaginary sky fairy is not going to achieve anything, mainly cause he doesn't exist.
Get off your ass and get out there and get the kid some serious help.
Reply