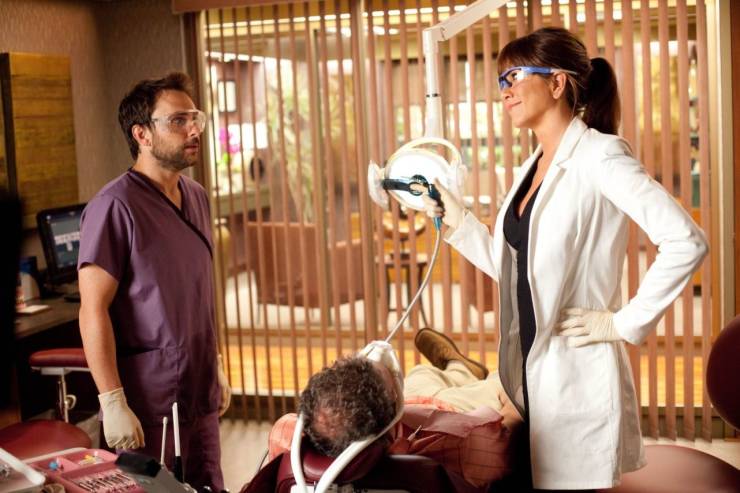 “Now trapped in a “relationship” with someone I work with. If we break up, she’d do something wild enough to get me or us both fired. Secretly seeking a better job elsewhere or transfer. I’ve learned my lesson.” 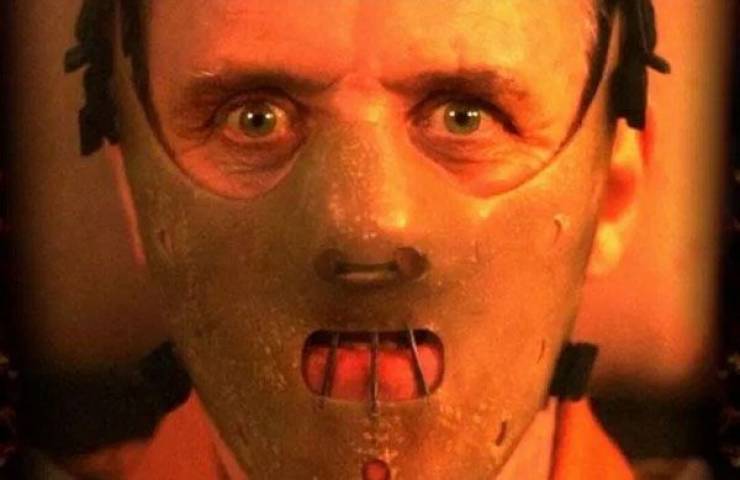 “Didn’t technically “stick my dick in crazy” we just fooled around a few times but no sex. Then one night we had a party at my place she jumped into my bed and I wasn’t having it. I told her I didn’t wanna hook up. So she did the rational thing and latched onto my face like a pit bull. Leaving a nice bloody and bruised bite mark on my face.”

“I once went home with a guy after a concert and we ended up messing around. I woke up to a changed relationship status. He went into my phone while I was asleep and marked me down as his new girlfriend.” 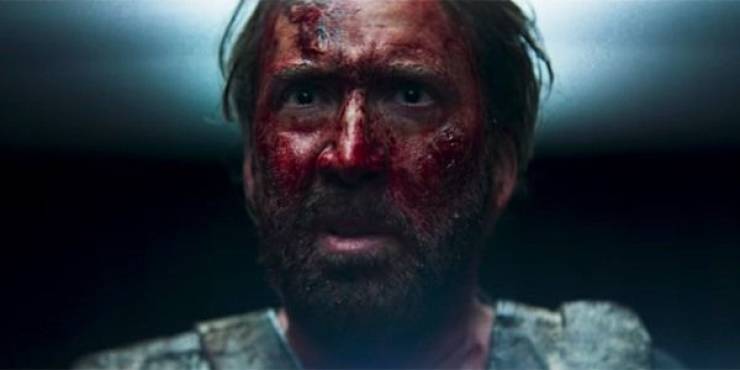 “Yeah, and it took a while to shake her. She started guilt-tripping me and threatening to blackmail me if I didn’t keep seeing her. I had to fake a “Blood fetish” to get her away from me. Something about painting yourself like a tribal warrior with goats blood just doesn’t scream sexy to most women.” 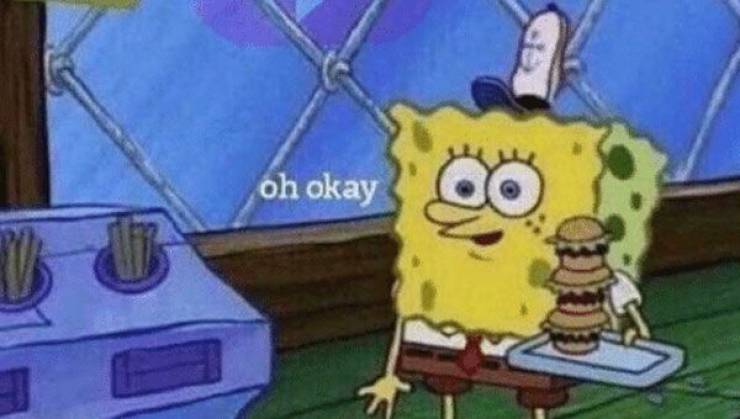 “She was cooking sauerkraut in the kitchen when I went to her house. I didn’t know what was going on, so I asked – very obviously joking BTW – “Damn, did you find that on the side of the road?” Because, in case you didn’t know, sauerkraut stinks.

Anyway, she reacted by freezing for about ten solid LONG ass seconds. She flung the sauerkraut out of the pan and turned to stare at me for the longest moment of my entire life as I watched all the crazy she had flooded into her eyes. She then vaulted the goddamn kitchen island thing in the house and came down swinging. The pan barely missed my giant windsock of a nose, and a chase ensued.

Wound up locking myself in her room with a phone and calling the cops. She was banging on the door fucking Shining Style with the pan screaming at me to come out because she just REALLY wanted to suck my dick.”

“Went on a Bumble date with a seemingly nice guy. We ended up going home and began to do the deed. In the middle of everything, he stops me and asks me to hold on. He called someone, put them on speaker, and gave me the ‘shush’ sign. His wife picked up.

He began having a casual conversation with her while attempting to continue to hook up with me, acting out what I’m assuming is his sick fantasy. Frozen and mortified at what was happening, things continued for about 15 seconds until I screamed “Your husband is cheating on you! Get the fuck out!” I never saw him again and I’m not sure if he’s still married, but I pray he isn’t.” 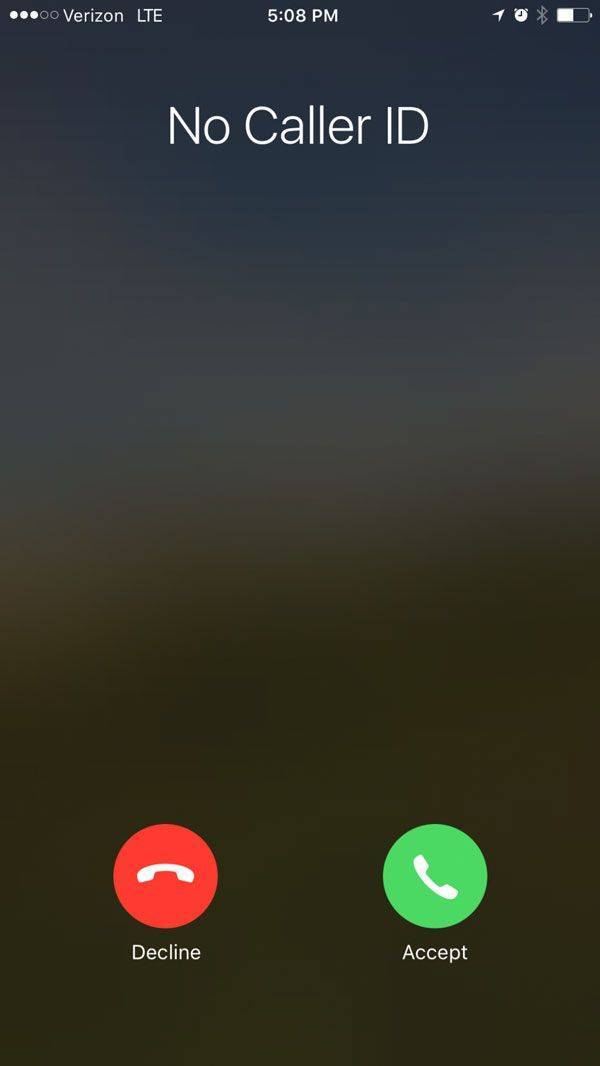 “After I “broke up” with her she called my family members one by one to falsely claim I have raped her. She continued to harass my family by having her friends call and send messages to my sister claiming she is in hospital having committed suicide. This all happened in the days my friends saw her going out with other men.” 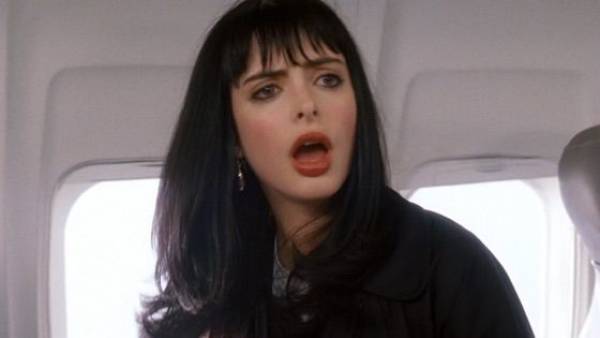 “Hooked up a guy who I had no intention of seeing again invite me (without my knowledge) to breakfast with his family the next day. He tricked me into meeting his family and seemed completely surprised when I told him to never contact me again.” 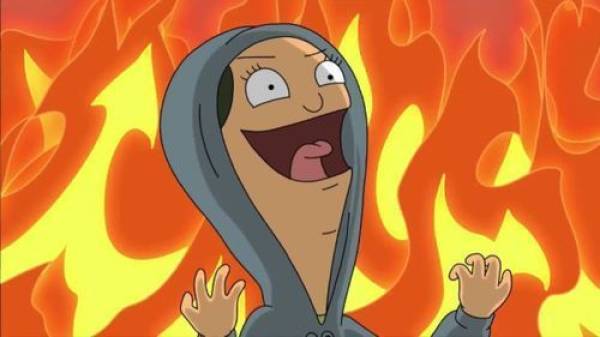 “Amazing sex followed by the systemic destruction of my social life, attempts to turn my friends against me (they were initially successful, but then they overplayed their hand and friends/coworkers realized what was up), and a deliberate attempt to damage my career.” 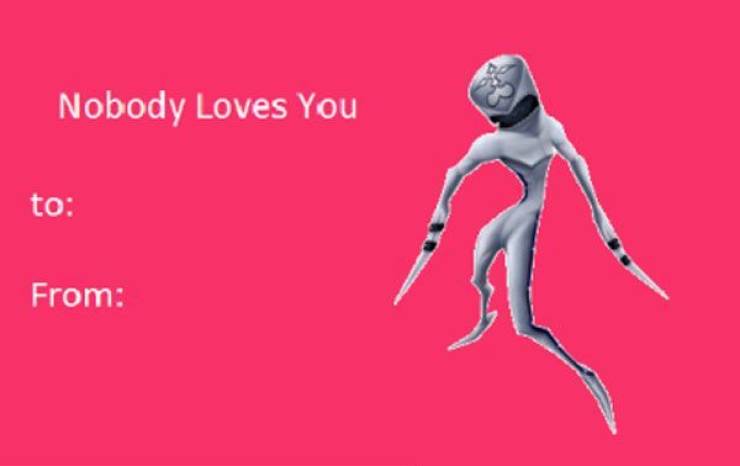 “Once I got a “Happy Valentines Day!” card from a one night stand that had a little baggie of his 2-inch pubes stuffed inside.”

“I was 23, she was 19. I was her boss. We really didn’t have anything in common but I had just come out of the worse breakup of my life. We had sex a couple times, (she was great as expected.) Well, I invited her over one weekend and she didn’t leave for a month. When I tried to kick her out she fought my cousin in the middle of the street and pulled a knife on her “best friend.”

She told me multiple times she was going to kill herself because of me. Just all of the sudden developed Dissociative Disorder after I explained it. The most surprising part? This all happened within a month and a half. Yes trust me, I deserved every part of this, I won’t deny that.” 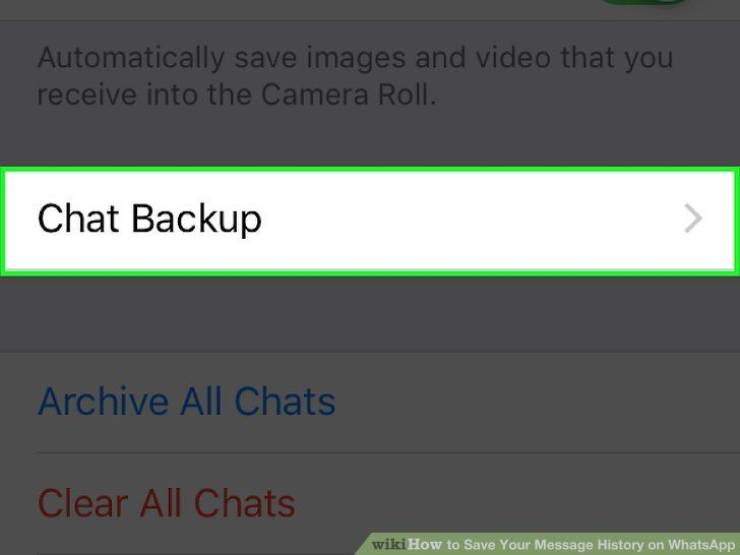 “To this day I can’t be sure she won’t complain of rape after seducing me. She’s just so crazy you can never know. I still save our WhatsApp conversations to back me up in court for when the day comes.”

“Once a guy broke up with me because I wouldn’t become a nudist with him, and he couldn’t be with someone who “didn’t support his lifestyle.” I guess I was just too clothes-minded…” 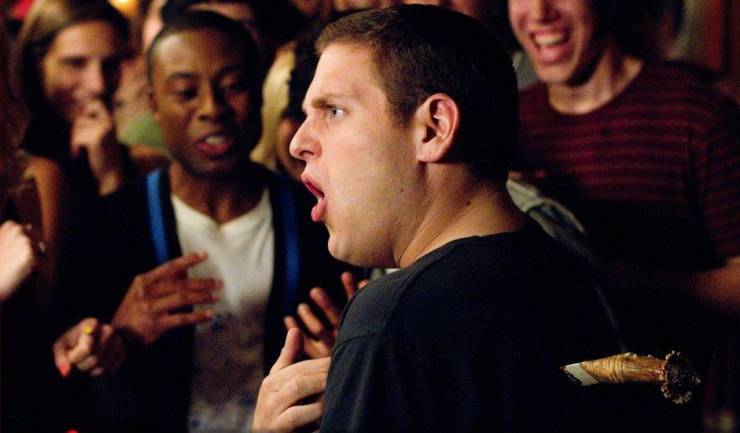 “We were having a one-sided argument. I was ignoring her. I found myself spinning circles in my living room slapping at my back to pull out the screwdriver she put there. She was now yelling at me about getting blood on the carpet, instead.”

“Was stabbed in the back for cheating on her in a DREAM. Literally stabbed, with a fucking fork, the tines were completely buried in my back. I had to have my neighbor pull the fork out so I could get to the hospital. Four stitches later I got home, she was still asleep in my bed.” 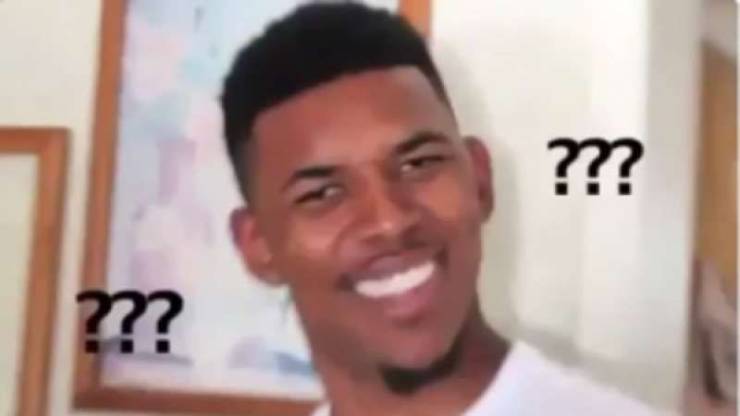 “I met this girl woman in a club, we got on brilliantly, with so much in common. Anyway, she invited me back to her house and the inevitable occurred. After the deed was done she asked to take my condom off, she tied it up neatly and wrote 7.5 on it, then proceeded to take a lockbox out from under her bed, and calmly added it to 100’s of other used condoms. I never saw her again.”

“I did. And I married it. And then it cheated on me and tried to bankrupt me during the divorce. And then I had to take it to court 8 times. And now it’s my neighbor and I have to get along with it.”

“She loudly fucked just about every guy on my floor after we broke up trying to make me jealous. I just felt sorry for her, I lived in a science and engineering dorm. If Aspergers was an STD shed have caught multiple strains.”

“Crazy enough that when celebrating my 18th birthday she smashed cake in my face. When I went to return the favor, she did what every normal person would do. She pulled a serrated knife from a butcher block and slashed it across my forearm. Hello little ends of severed muscles…did you come out to wish me a happy birthday as well?” 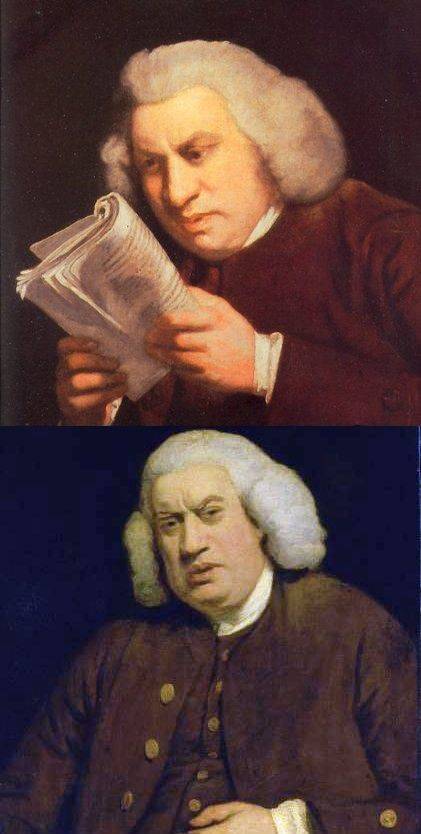 “I was in a really bad time personally from moving out from my parents’ place, to saying (at the time) “fuck college, I can do better on my own” and hooked-up with this girl that used to work with me at Albertson’s a year or 2 prior from getting my own place (this was all around the year 2000 so shit’s a little hazy). Things were great at the start, of course. She eventually just kind of invited herself in, and I let her. Sex nightly. Shit was crazy awesome.

Two weeks later I heard from our ‘third wheel’ – she admitted she was underage (by 4 months) and it was a trap to try and snag me for statutory rape, all my girlfriend’s idea. So luckily, I didn’t stick my dick in that. Needless to say, shit RAPIDLY declined with my “girlfriend.” I got her kicked out of the apartment (with police assistance).

A month later she tried to contact me saying “I’m pregnant and you’re the father.” I always used condoms, that I bought, she didn’t provide, so I said: “Come back to me when you give birth and I’ll prove otherwise.”

She did. She then filed child support paperwork. Now here’s where shit really gets sideways: It wasn’t mine. It wasn’t 3 other people that were DNA tested. It WAS – her stepfather’s.”

Devoted 7 month s ago
showed up at her parents house for our first date and there was a wedding dress was hanging in the hallway, i asked her who was getting married and she said "we are"

i got up after and went in to take a piss and my dick looked like someone shot me with a shot gun, blood everywhere, she was on her period and that just grossed me out,

i ended it right there and 3 weeks later she calls me and tells me shes pregnant and for the next 6 months she convinced me she was having my baby but she didnt want to see me.

after one phone call telling me she was doing fine and the baby was coming along just fine i get a call from a friend 3 hours later who's a lawyer telling me he seen her in a restaurant with another guy and she's anything but pregnant.

i call her the next day to ask hows she's feeling and can i get her anything and she says she's still having morning sickness but no and she still doesn't want to see me.

i ask her how was dinner the night before because my friend who's the lawyer saw her having dinner with some guy and he said you were anything but pregnant , she started saying how she lost the baby this morning and i stop her and remind her that she just told me she was still having morning sickness.

i laughed at her and told her that my friend took pictures of her on his phone "not being pregnant) and if she ever tried to contact me again i'd sue her for stalking and harassment.........................that was the last time i heard from her, the sad thing was, she was a nurse