Escape 3 year s ago
That shithead used much more force than necessary to secure the situation. Also he neglected to secure the suspect after the first assault. Wont be a cop for long, one way or the other.
Reply
9

Party 3 year s ago
@Escape - Women are going to learn that if they keep acting like animals, they're going to get what's coming to them. She hit a cop. Once that happens, it's the same as if she pulled a gun: they do whatever they need to do to protect themselves and innocent bystanders. She got what she deserved. End of story.
Reply
-10

Fishermen 3 year s ago
@party Because men never behave like animals and attack cops... In fact, men probably do thst a lot more. Do men need to learn this too or are they magically different?
Reply
8

Haven 3 year s ago
right in the face, nice! she deserved that! crazy bitches!
Reply
0

Occasion 3 year s ago
This is from Utrecht - posted June 2018 https://www.youtube.com/watch?v=zpzCmGaXEfI Three months after the tram shooting there. That's not an excuse - his actions are terrible with or without a uniform.
Reply
11

-Thumbs UP for GOOD COP

-Thumbs DOWN for BAD COP
Reply
16

Stage 3 year s ago
That girl probably slaps everyone in her life, and gets away with it.

Society had given that cop the duty to not let her.
Reply
3

Christmas 3 year s ago
The woman who was arrested on Stadhuisplein in Rotterdam on the night of Thursday to Friday fought with a doorman earlier that evening. That is what the police stated in a reaction on Friday. In a video that surfaced earlier, it can be seen that the 25-year-old woman is arguing with officers during a detention. According to police, her 27-year-old boyfriend got cuffed. She then came to settle a score. The police state that during their night out the woman had a fight with a toilet-lady from a catering facility on Stadhuisplein. A doorman who witnessed it spoke to her about her conduct. The woman subsequently lashed out. She is said to have beaten and kicked him, among other things. According to witnesses, her boyfriend allegedly threw a chair and applied a neck-lock on the doorman.
Quote from Ilya Breitner, who recorded the video: ”That went way and way too far.” The police were called in. Agents took the boyfriend into custody whereas his girlfriend tried to prevent the arrest. According to the makers of the video, excessive force was used during arrest. “This went way too far. This is just an abuse of power. That man (the police officer) could have easily detained her.” says Ilya Breitner. According to the police, the agent in the video had to use violence to control the woman. according to procedure the officer duly reported the resistance of an arrest.
Reply
-11

-Thumbs UP for GOOD COP

-Thumbs DOWN for BAD COP"

Posters who beg for "likes" are idiots. Like if you agree!
Reply
3

I created this poll from a guest account with a random avatar - the Likes are not mine. I genuinely wanted to see a tally of what people think.
Reply
-2

Close 3 year s ago
Correction- it was Rotterdam not Utrecht - NL times report Rottedam. TRT News reported Utrecht (I'll probs go with NL over TRT). https://nltimes.nl/2018/06/11/dutch-police-accused-brutality-video-rotterdam-arr
est
I also read there was another video of what happened earlier but never saw / found it. Whatever her behavior there was no excuse for his.
Reply
-1

Raccoon 3 year s ago
@Party : talk about acting like animal????
without any regard to what that girl did, which is probably not right and deserve a punishment, if you respond with force, you are also an animal.
That cop is just a dumb fuck, fooled by the uniform he is wearing and dishonnoring.
Reply
3

Obstacles 3 year s ago
I watched this over and over and over. I loved it!!
FUCK EVERYONE that thinks the cop was doing something wrong.
Reply
0 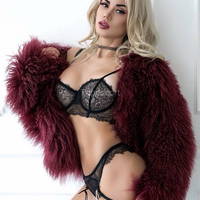 Derrick 2 year s ago
Obviously drunk. Alcohol is such a normal thing in these situations it isn't always mentioned.
Drunks are fucking boring, impossible to reason with, no wonder he was pissed off.
Reply
Powered by