Woman Gets Dumped For Being Too Fat, Loses Half Her Weight And Wins “Miss Great Britain 2020” (26 pics) 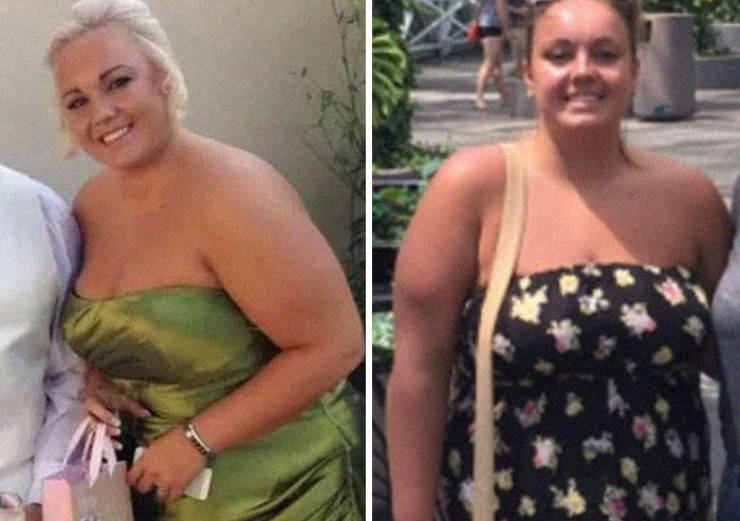 She lost over 100 pounds in 2 years of disciplined living 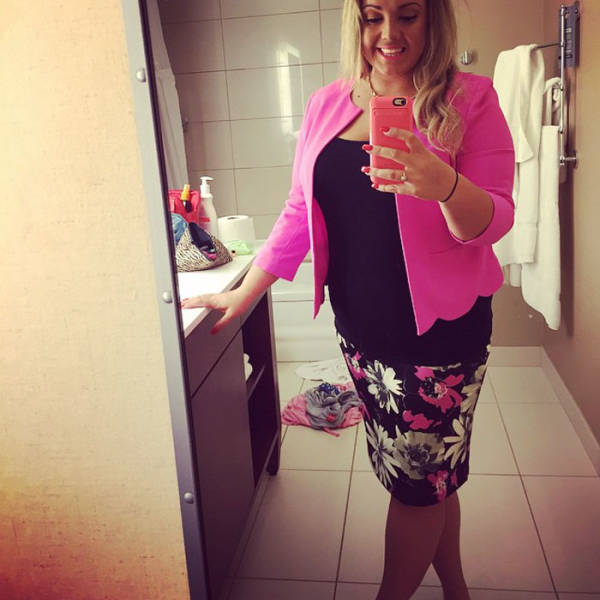 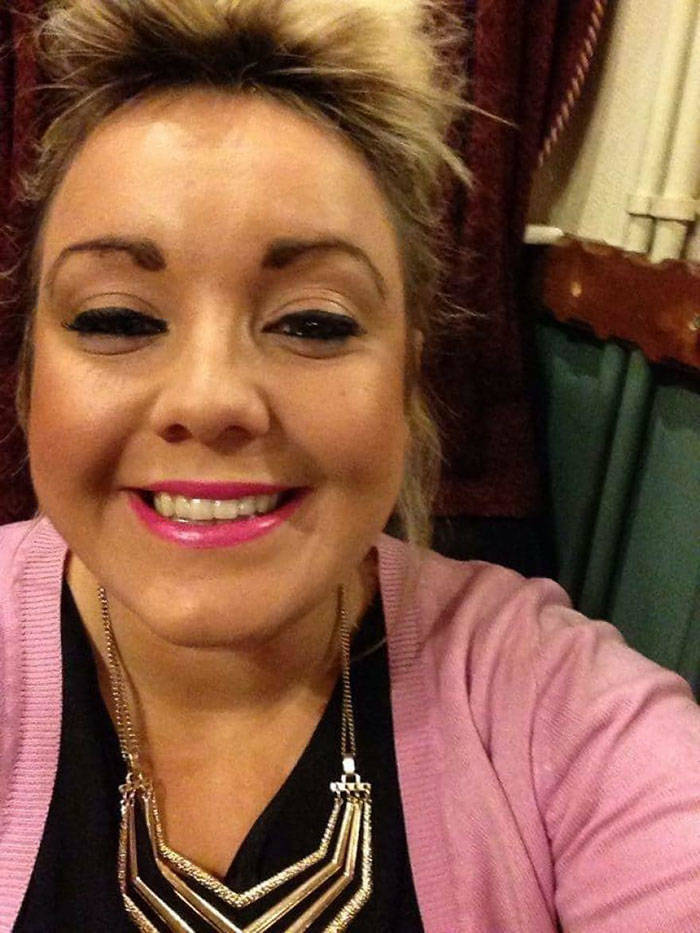 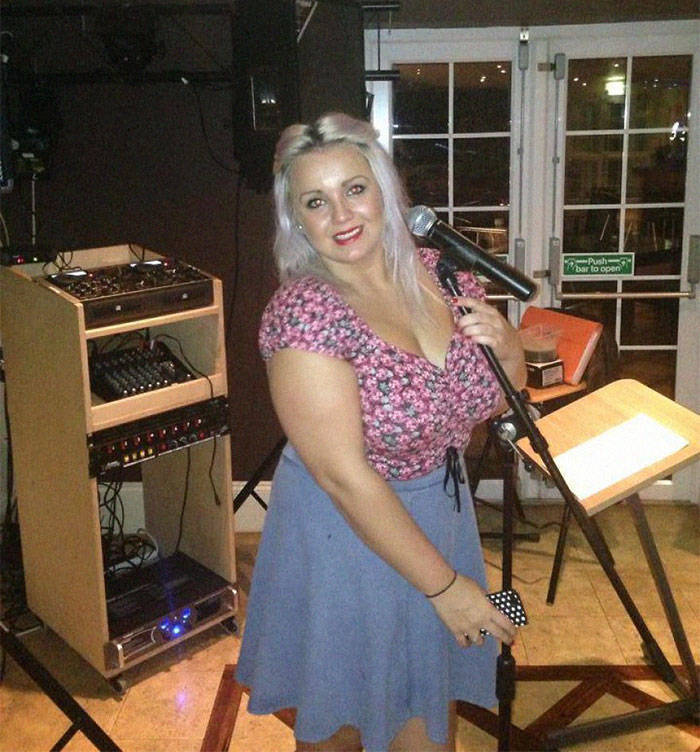 Jen goes to the gym 5 times a week now 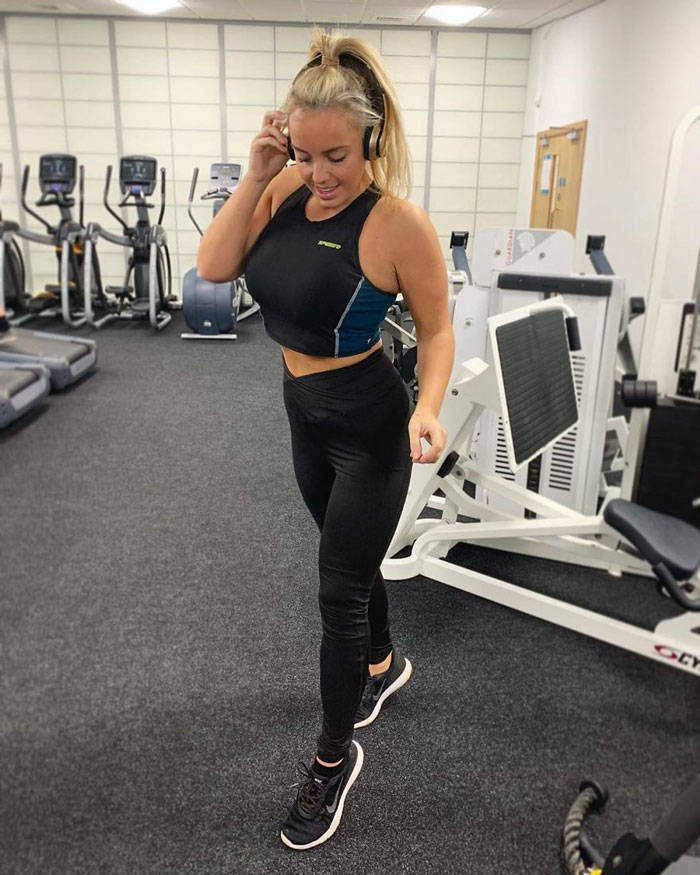 Jen told us that the difference between her lifestyle a few years ago and now was like night and day. “I eat so much better, I don’t follow a diet but I think about what I eat so much more. I still enjoy meals out but don’t binge like I used to! I go to the gym 5 times a week now and I love it, it’s become a staple part of my life and has helped me in so many ways.”

She’s very active and is constantly on the move All of her hard work paid off 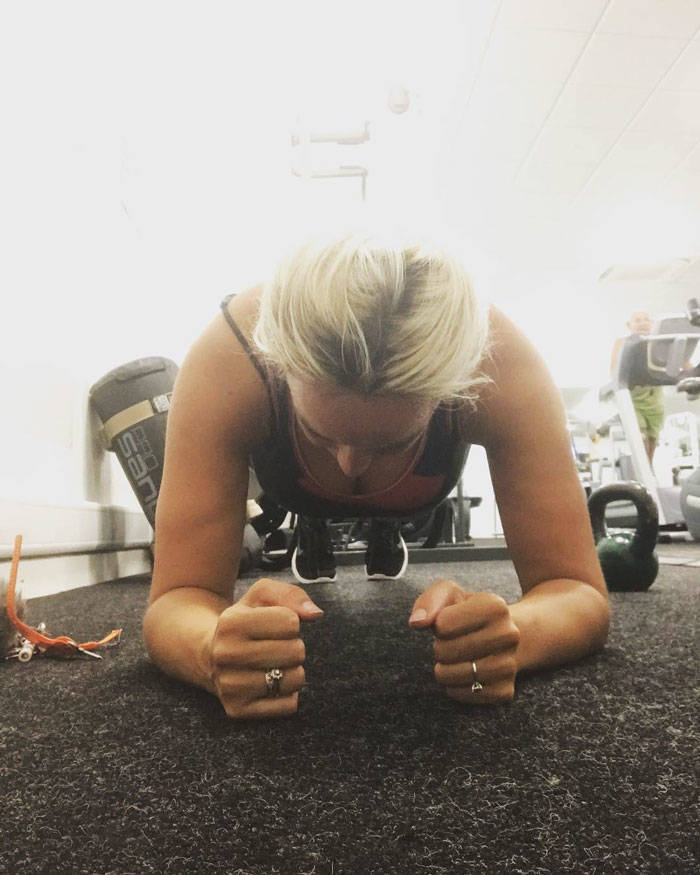 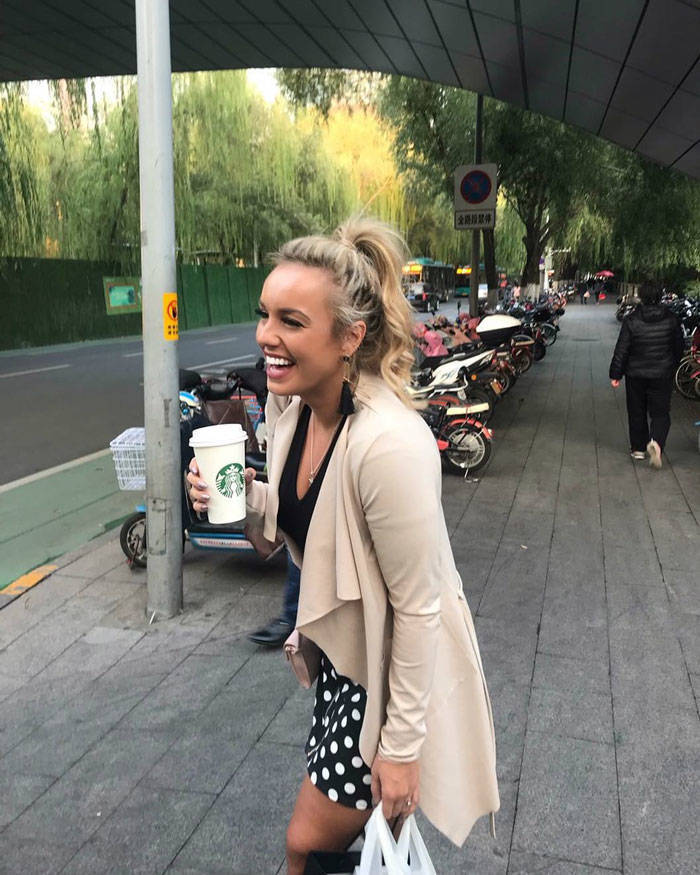 It took her 2 years to go from weighing around 240 pounds to around 125 pounds (that’s about 50 kilograms!). But what do we do if we’d love to follow in Jen’s footsteps but we find ourselves without energy or motivation? Well, Jen told us that it’s all about consistency and small steps.

“My biggest advice would be to take every day as it comes. Imagine where you could be in 3 months time and just keep chipping away! Consistency is key and it’s a lifestyle change!” the aviation administrator from Ulceby told Bored Panda. Now that’s some realistic motivation right there. 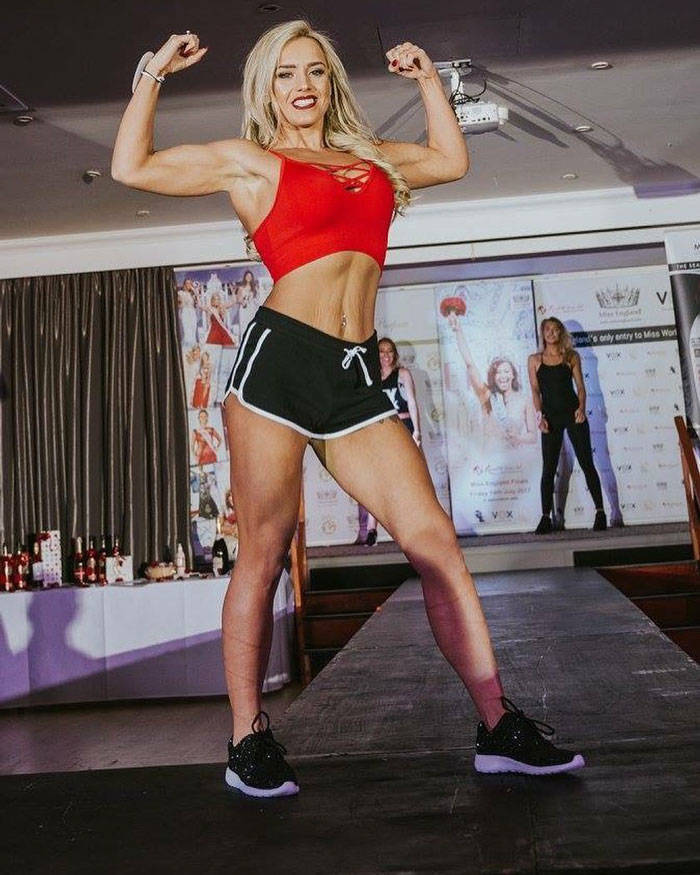 Something else that motivated Jen to change herself was being dumped by her ex-fiance because of her weight. This led to a personal crisis and an opportunity to forge a better, faster, stronger future for herself. As it turns out, it was the start of a hard but fulfilling journey.

Jen was named Miss Scunthorpe and became the runner-up for the title of Miss England in 2018. She then took a break from competing in pageants to get married. It’s a story that makes you believe that “happily ever after” isn’t just a fairytale ending. 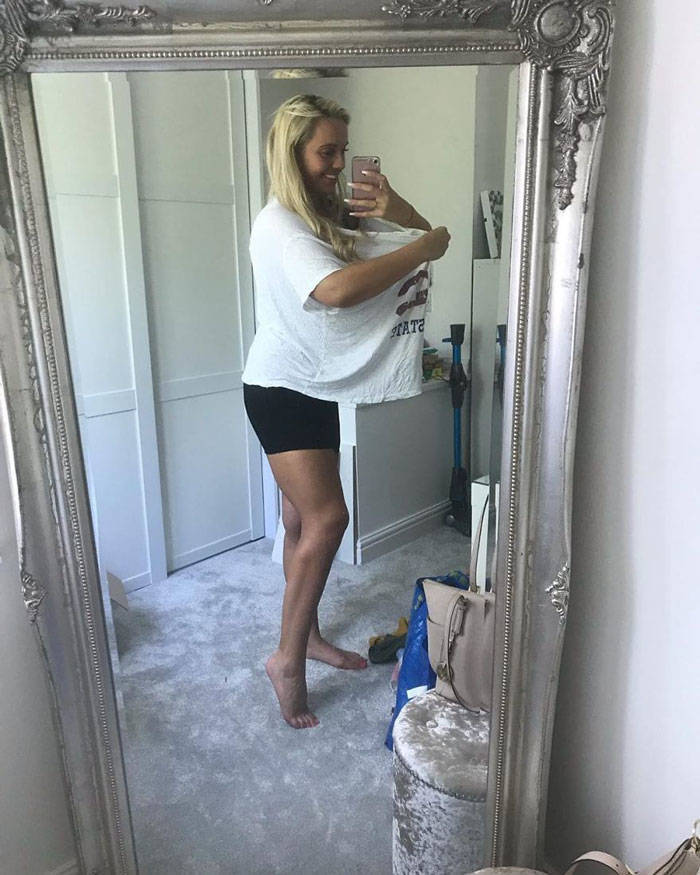 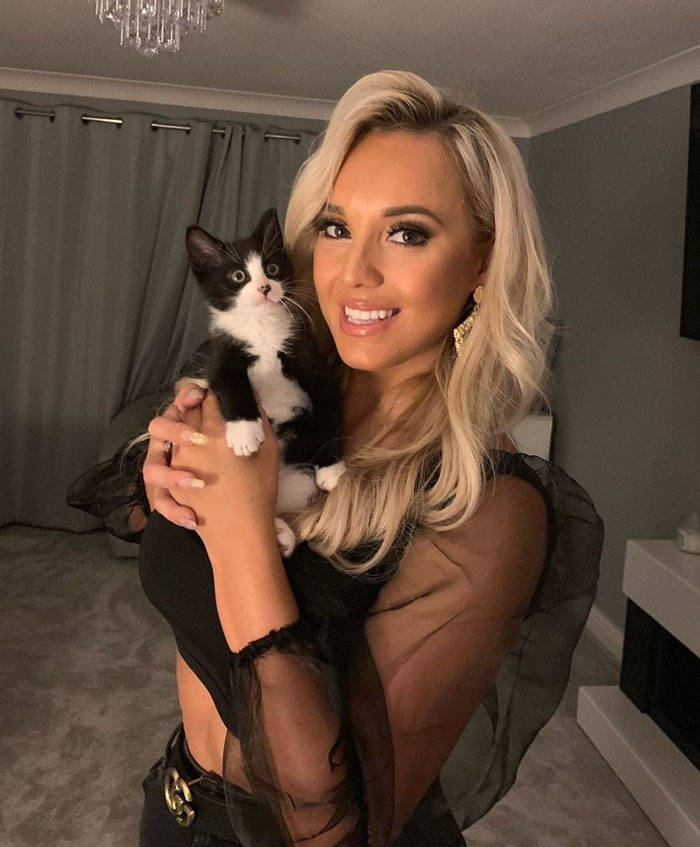 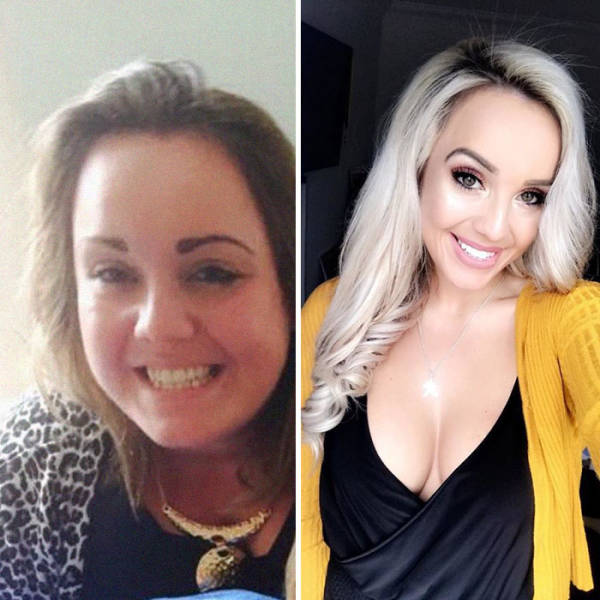 She greatly improved the quality of her life 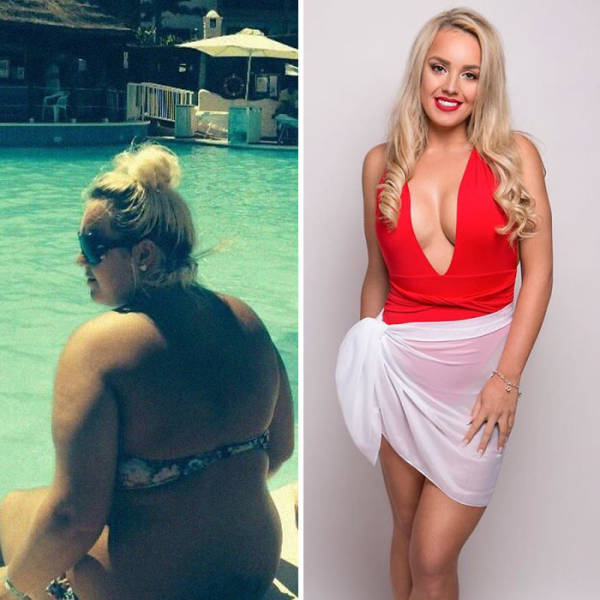 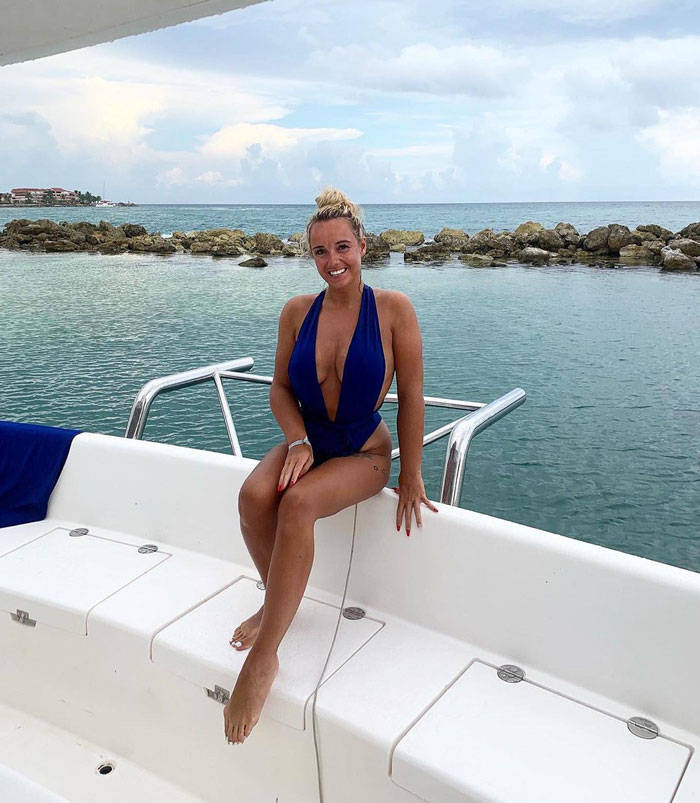 The Miss Great Britain contest isn’t just about pageantry, though. The women who participate show real entrepreneurial spirit and work hard to support charities. For example, this year, this event supported the organization Cancer Research UK and Alex’s Wish (which helps treat Duchenne muscular dystrophy), and raised more than 42k pounds for these worthwhile causes. 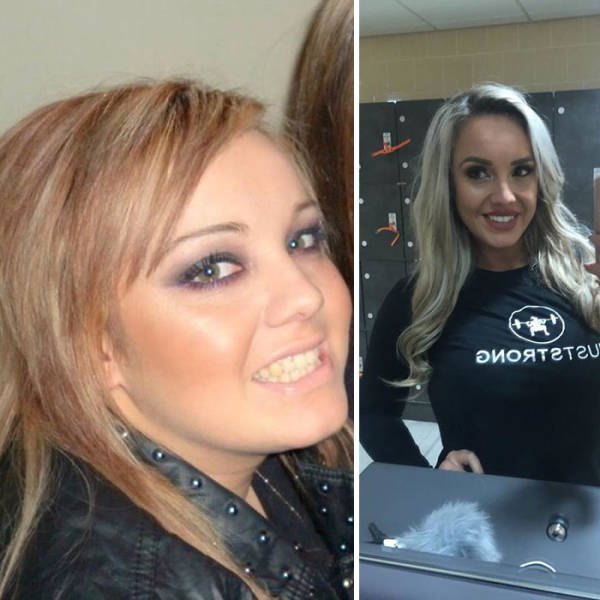 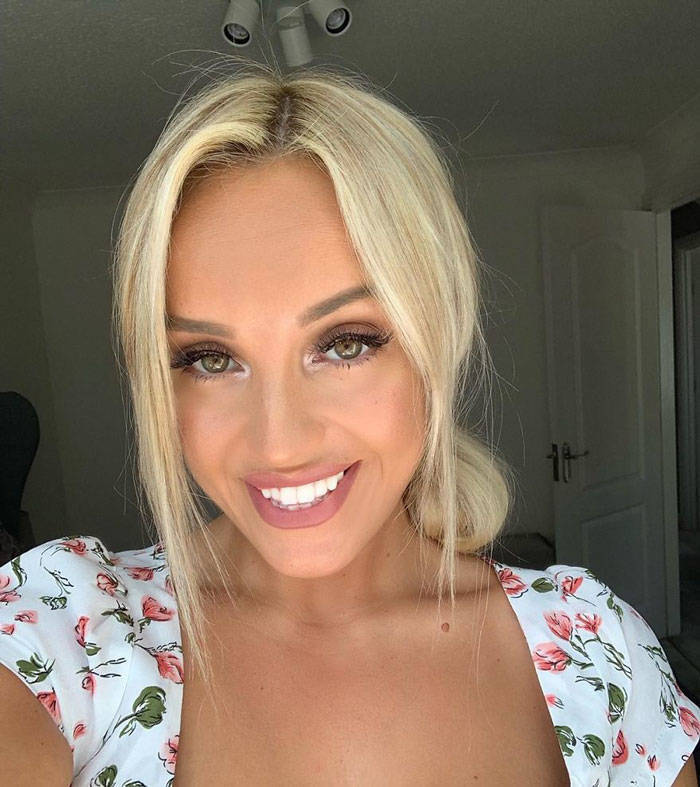 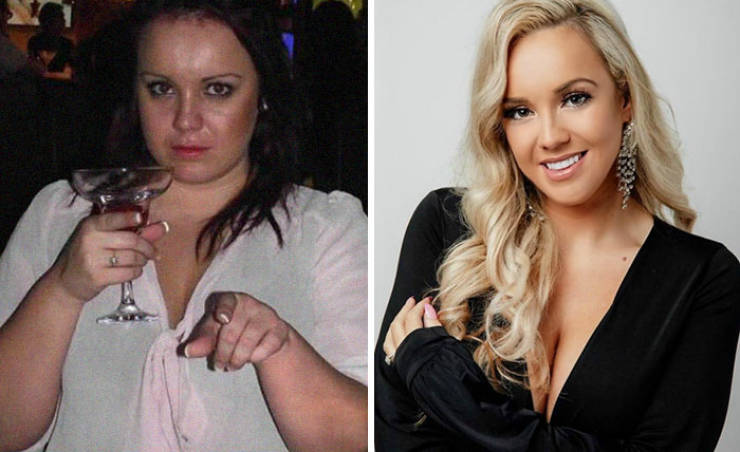 However, Jen still lets herself eat a tiny bit of junk food every now and then 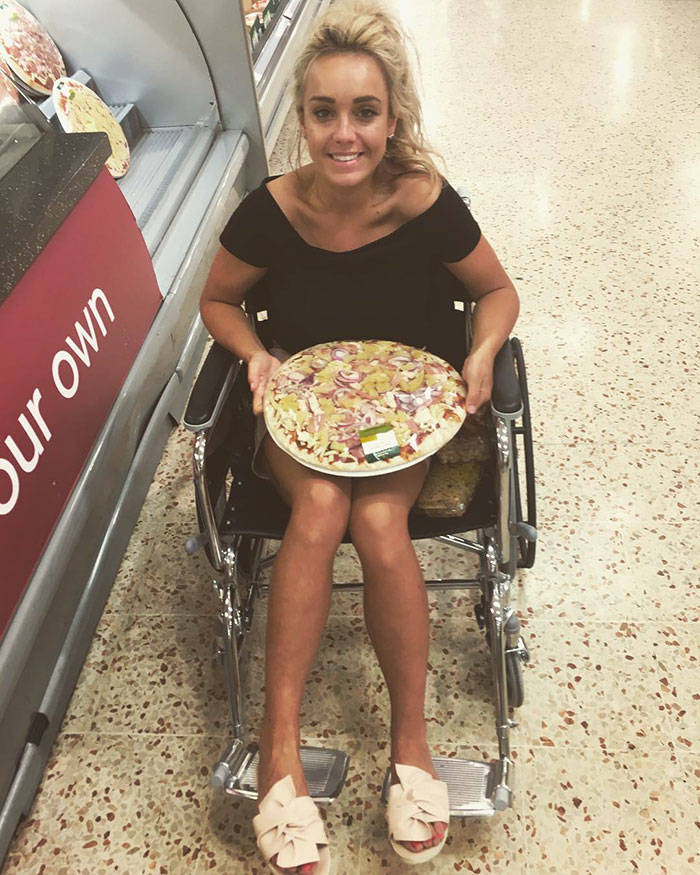 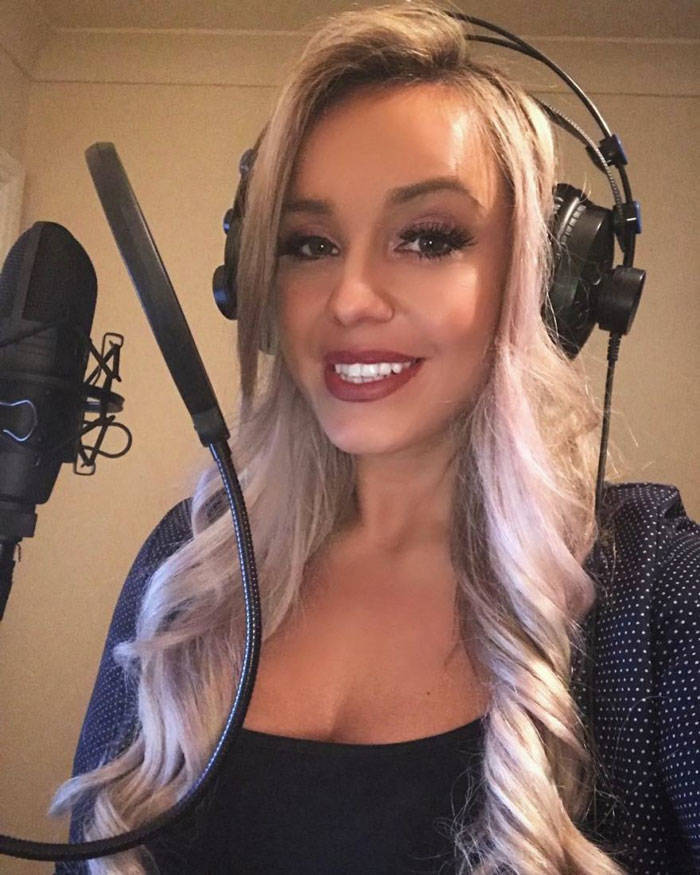 Eventually, she got married and took a break from competing in pageants 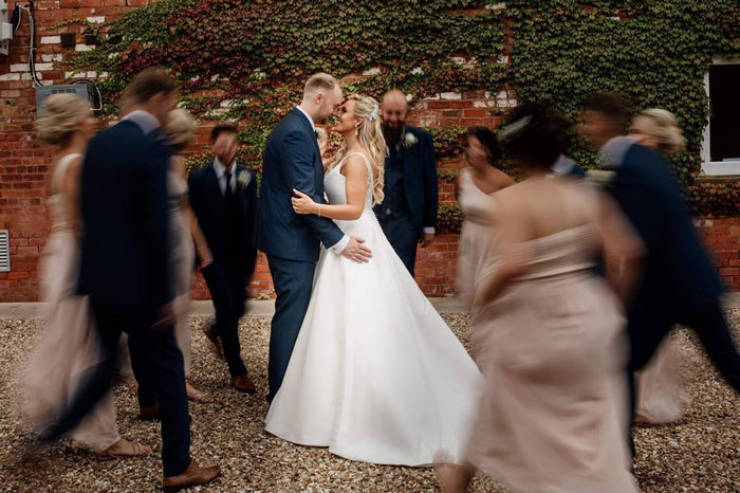 She was runner-up Miss England in 2018 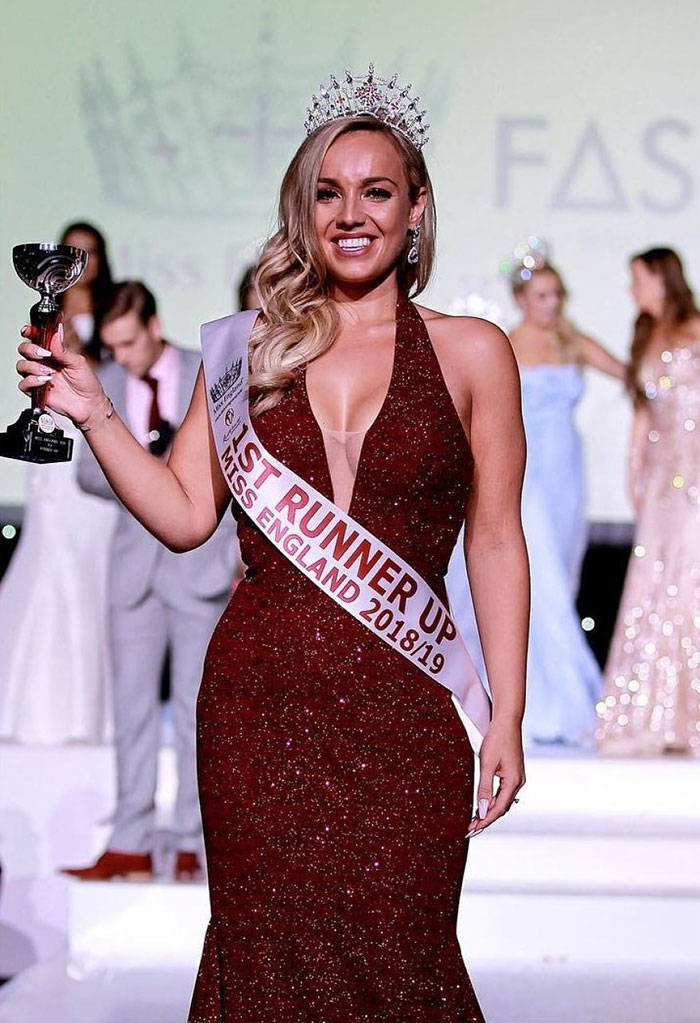 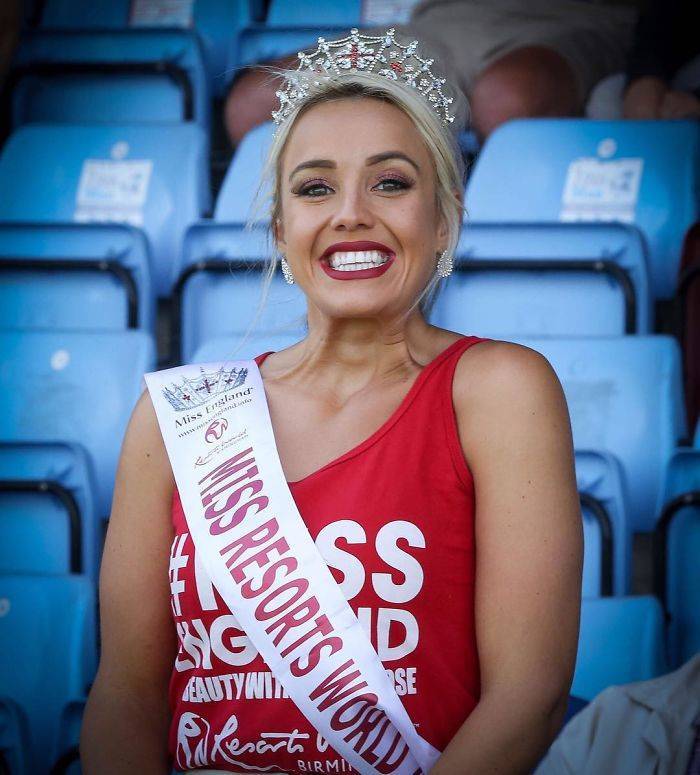 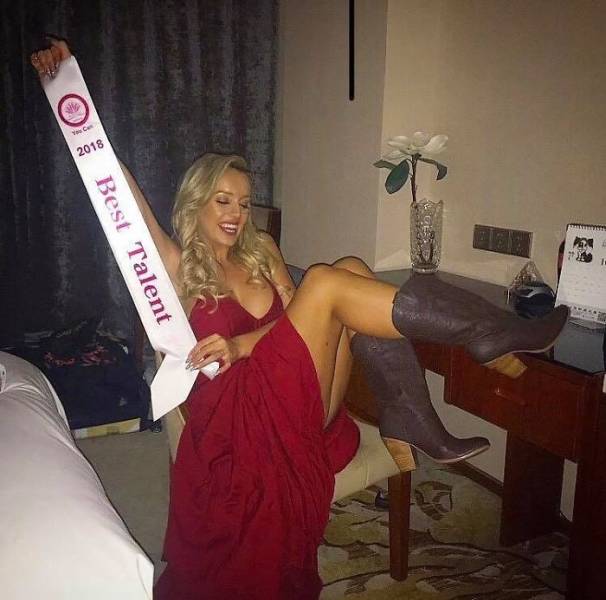 Jen was over the Moon that she won the Miss Great Britain 2020 crown! 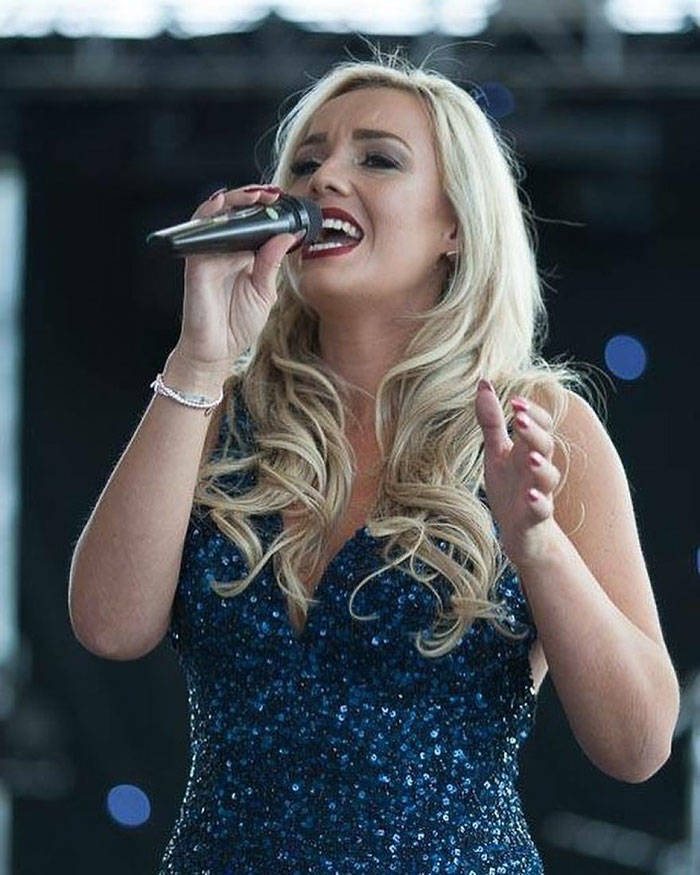 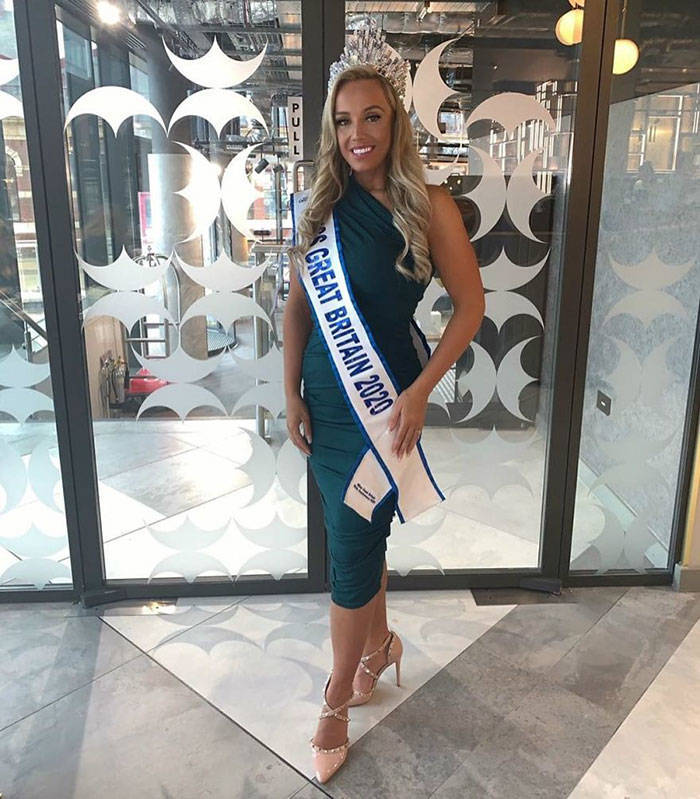 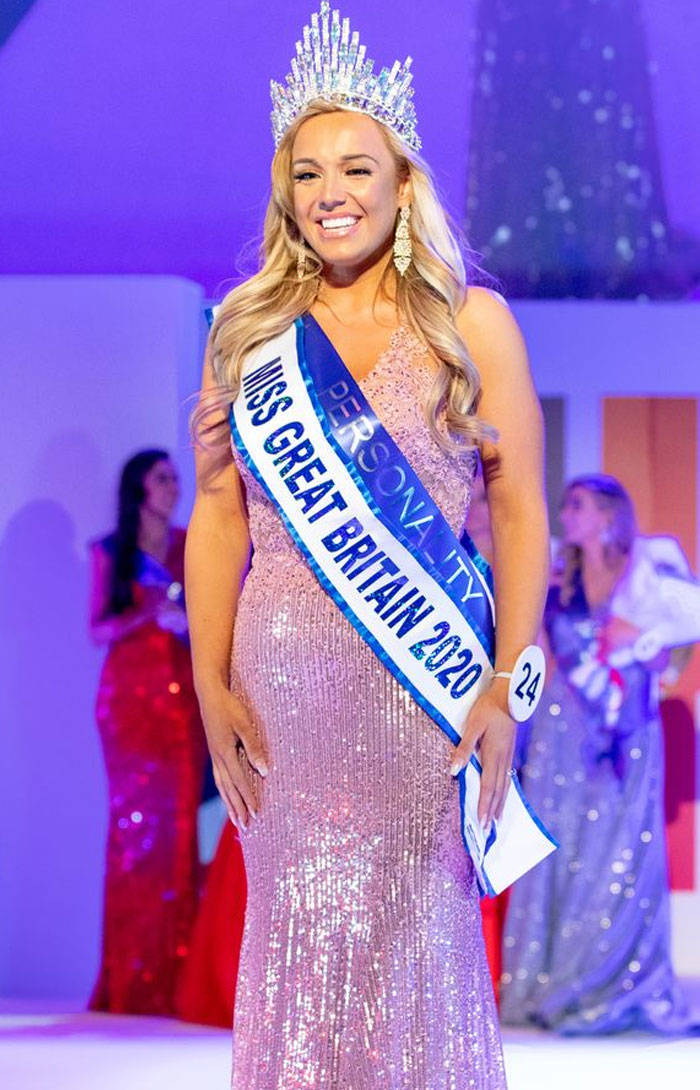 Sunlight 1 year ago
I hope that she thanked the dude that left her.
Reply
-5

Girl 1 year ago
^^ thank him for what? Showing her what a douche he was before she wasted any more time on him? Congrats to HER for her incredibly hard work and for achieving her goal.
Reply
11

Everybody 1 year ago
so she was fat and it cost her the relationship. so she worked out to not be fat and lived happily ever after. good for her but its not like she proved the fiancé wrong by going out and winning a beauty contest looking fat but having a great personality. yes she proved in shape is more attractive that fat...well no sh#t.
Reply
0

Faster 1 year ago
^^ this story has absolutely nothing to do with her ex. Why is everyone so hung up on him? It’s about her hard work to improve her life, ffs.
Reply
5

Boston 1 year ago
^^ if its not about her ex then why add that? Just have it be a story about a woman who wanted to get healthy and not obese.
Reply
2

Different 1 year ago
Girl, for changing her life when she wasnt capable or strong enough to do it for herself and him....?

i was a little bit sarcastic before, and sometimes you need to read between the lines, but in reality if not that moment she would probably be lazy or comfortable with her previous state and all your glorification about what she did wouldnt exist.
Reply
3

Condition 1 year ago
It worked
Reply
1

what a (not so) hidden paradox, right? when she was fat, that dude was a douche because he left her because her fat state.
but now, when she is fit, "Congrats to HER for her incredibly hard work and for achieving her goal."

i see no congratulation from the "Girl" to her fat version...why? it looks it matter, and in fact its a pretty hypocritical

Following 1 year ago
Where did the excess skin go?
You sure these aren't taken in the opposite order?
Reply
0

Intact 1 year ago
I loved her body when she wasnt thin, looking good
Reply
0

Figure 1 year ago
With my own personal experience, my Fiance was athletic and active. Once she started getting comfortable and putting on quite a bit of excess weight, it affected her mood and energy level. Made her self conscious in the bed room. Not want to go in public. The way she looked was the least of my concerns. It effected every part of our relationship in a negative way. Her Ex may have been a shallow jerk, but I'd be willing to guess it was everything that went with the weight and not the weight itself.

Good for her regardless. But it chaps my ass when these stories try and make the guy that left some kind of superficial a$$hole. And screw all that "Just look at her now. Aren't you sorry you left?".
Reply
1

Forbidden 1 year ago
I'm too lazy to look it up, but to me it seems like izi is trying to spice up their boring amazing transformation stories with this boyfriend cr#p.
Reply