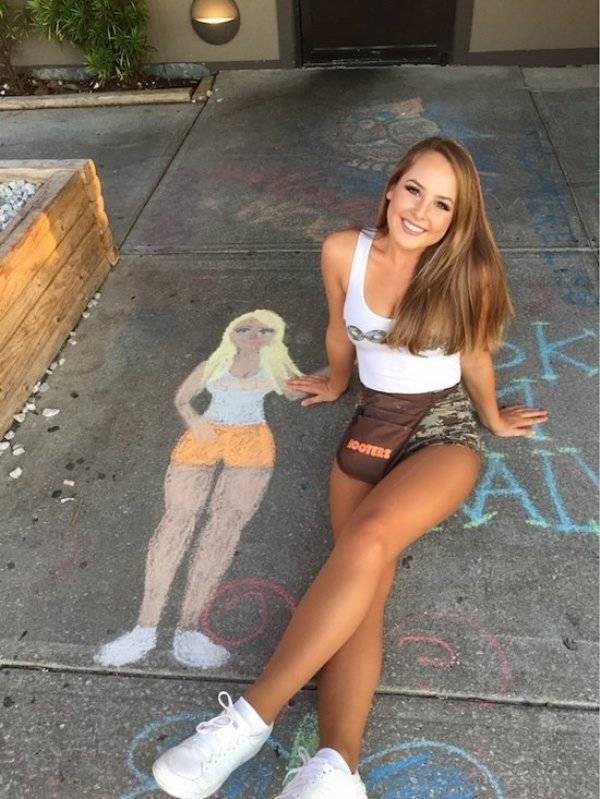 "Worked there for a year. Truly not a bad experience. Yes, there were some creeps, but overall, the environment was fun. You were encouraged to sit down and hang out with customers, it was an easy job, and as a result, I never worked in another restaurant because it would have been way more uptight."

"On almost a biweekly basis, a ‘secret shopper’ would come in — someone undercover in the company pretending to be a regular customer — and grade you. If you missed two steps, it was an automatic termination. I saw several good waitresses, who got oversat (meaning they had too many tables at once) and weren’t able to follow the procedure in a timely manner on the table with the ‘secret shopper,’ and poof! They were gone." 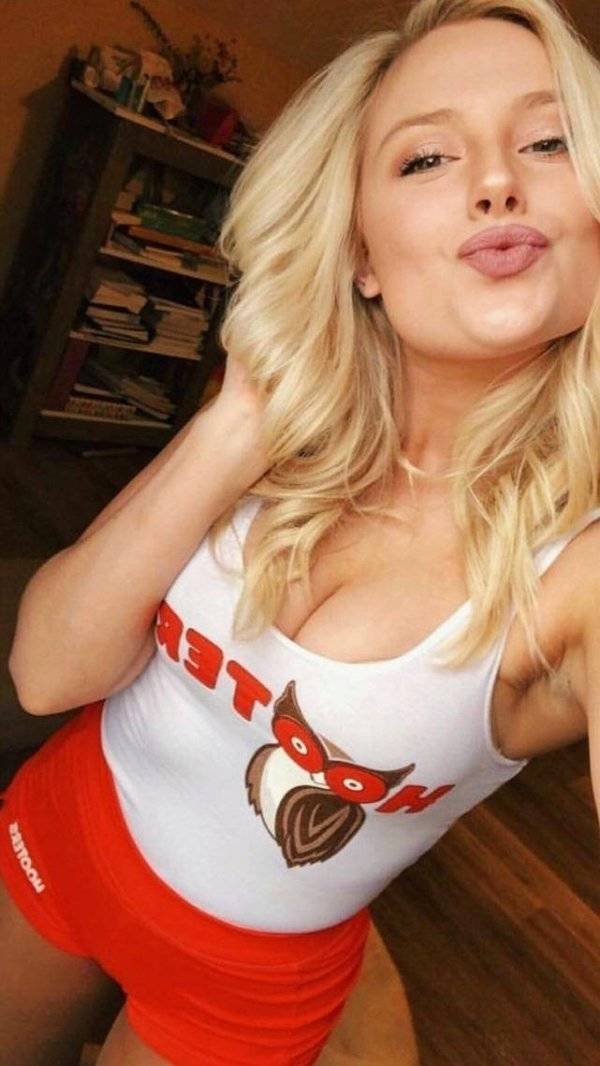 "At the minimum, you had to have blush, mascara, and lip gloss on, and hair had to be down and styled (unless you were working the bar — then you could pull it back). Nails could only be red, pink, or a French manicure, but some of us got away with other colors because the managers typically weren’t very observant."

"We used to sing this birthday song called ‘Weenie Man’. We’d take the poor birthday boy and sit him on a stool in the middle of the restaurant. Then we’d put a hot dog in his mouth and a metal bucket on his head and sing, ‘I love my weenie man, he owns a hot dog stand…(something, something) I love my weenie maaaaaaan!’

Then someone would tell him to sit tight so we could take pictures and then we’d all just walk off and let him sit there with the hotdog in his mouth and the bucket on his head until he figured it out." 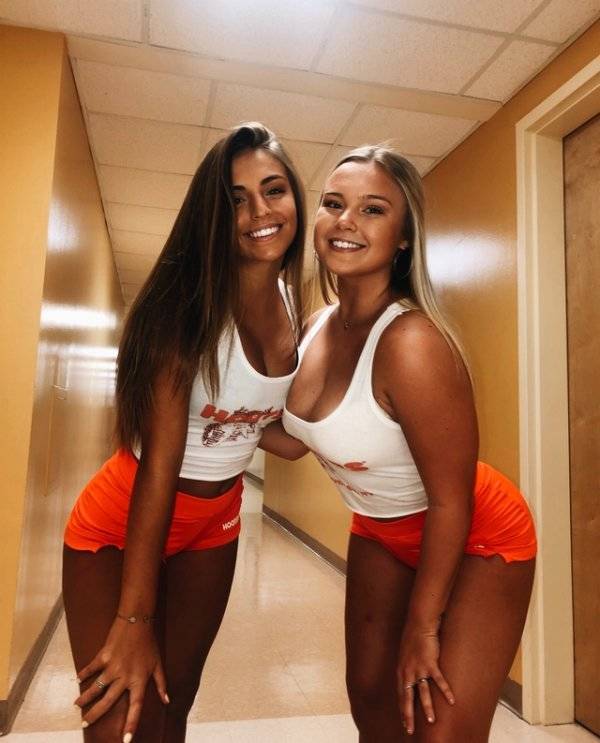 "Managers and coworkers always escorted us to our cars. Sometimes girls would have people hanging around waiting for them to get off."

"We did ‘pickle races’ where a girl would put a pickle spear in her mouth and then run and put it in another girls mouth, relay-style across the restaurant." 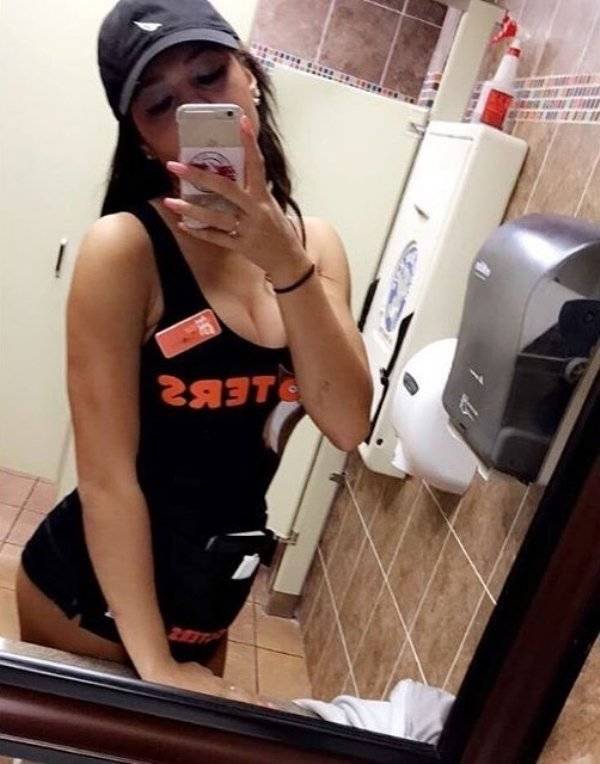 "You were only allowed to be seen in your uniform at the restaurant — no arriving in uniform, no leaving in uniform, and definitely no lending the uniform to friends for Halloween/costume parties. Girls actually got fired for this."

"Every shift, we would get a free meal and around 30% off any additional items. There were a couple of girls in particular that would order wings for every meal and one or two slices of cake. Because of these girls’ weight gain, they changed the food options that we could order for our free lunch. We were no longer able to get wings — instead it was just salads and wraps." 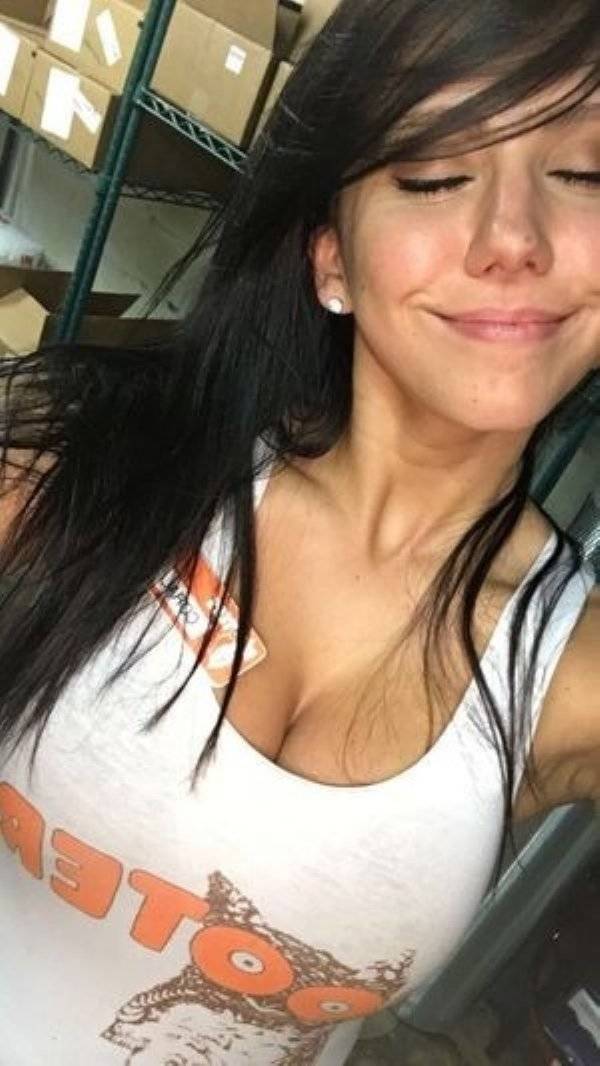 "We all had to wear push-up bras stuffed with socks in them to make our breasts appear SO much bigger." 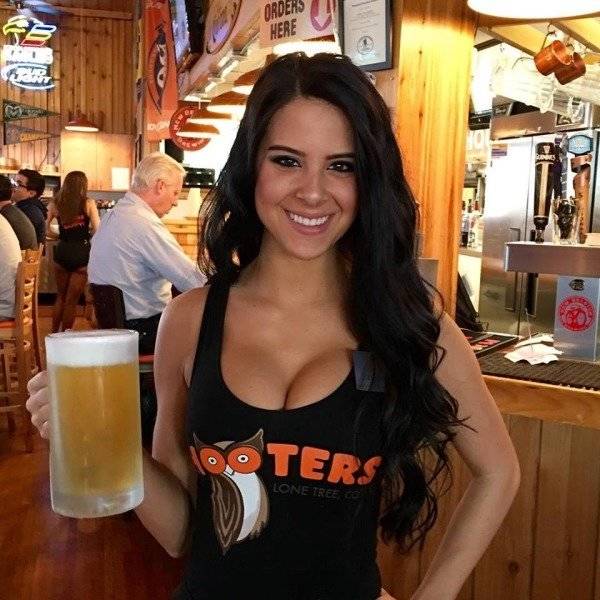 "One of the things that shocked me the most was that there are no assigned tables to servers. And almost every person that came in was a regular and had ‘their girl’ who they picked for their server."

"We had contests to see who could sell the most Hooters gear. We didn’t get commission or anything, but there were other prizes. I was so good at getting customers to buy merchandise that I’d get them to buy it for me. I had like 12 Hooters fleeces! We’d usually have to sign shirts and calendars — I always wrote ‘Hugs & Hooters.’" 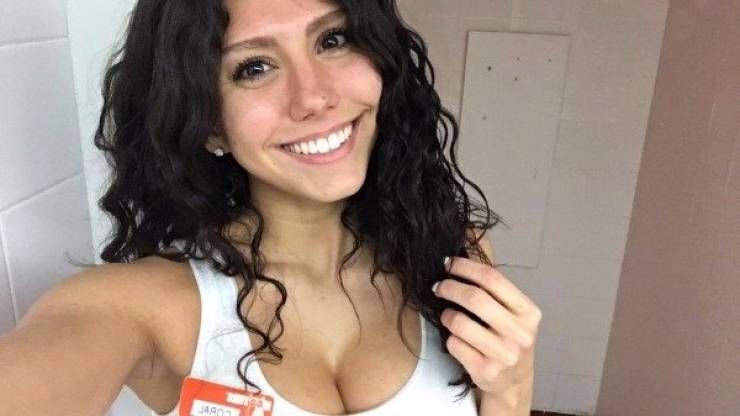 "Once a week, a guy in his seventies would come to Hooters and order the peel-and-eat shrimp. Here’s the weird part — if you happened to be his waitress, he would offer you $100 just to PEEL the shrimp for him at the table. Sure it’s weird, but probably the easiest $100 you’d ever make!" 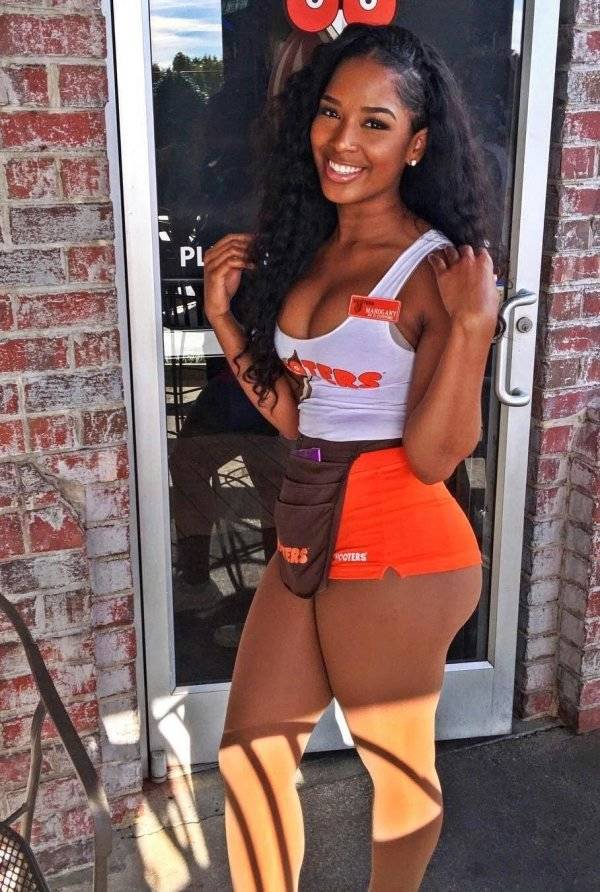 "We had one regular who had a pantyhose fetish and would offer to pay us $35 for our used pairs."

"Every day, I had to cover my tattoos. If makeup was coming off of the tattoo, I’d have to go to the back and apply more." 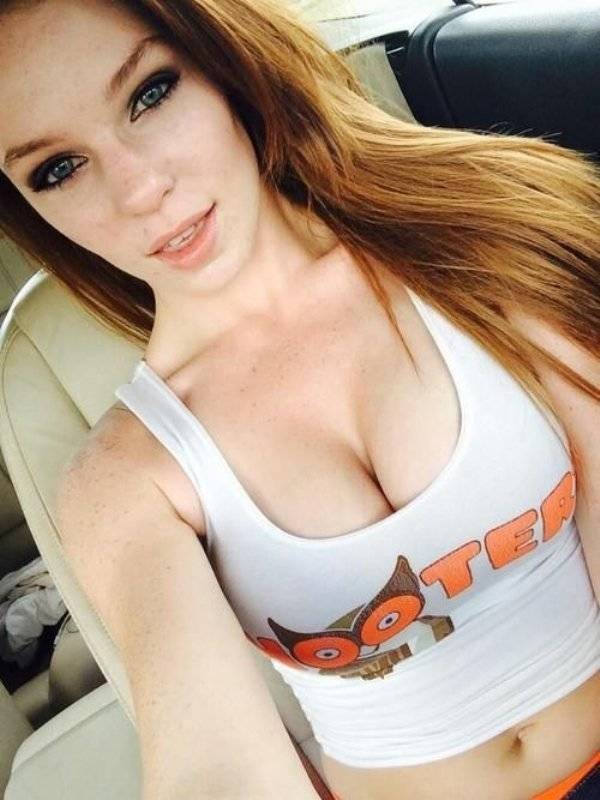 "Part of your employment contract was that you weren’t allowed to sue the company for sexual harassment, as you were considered to be in an environment that almost encouraged that kind of behavior.

If you had a grievance, you would go to ‘Hooters Court’ — basically arbitration where other Hooters employees served as a jury and rendered a verdict. This resulted in many of us just grinning and bearing a lot of behavior that I know we wouldn’t tolerate today." 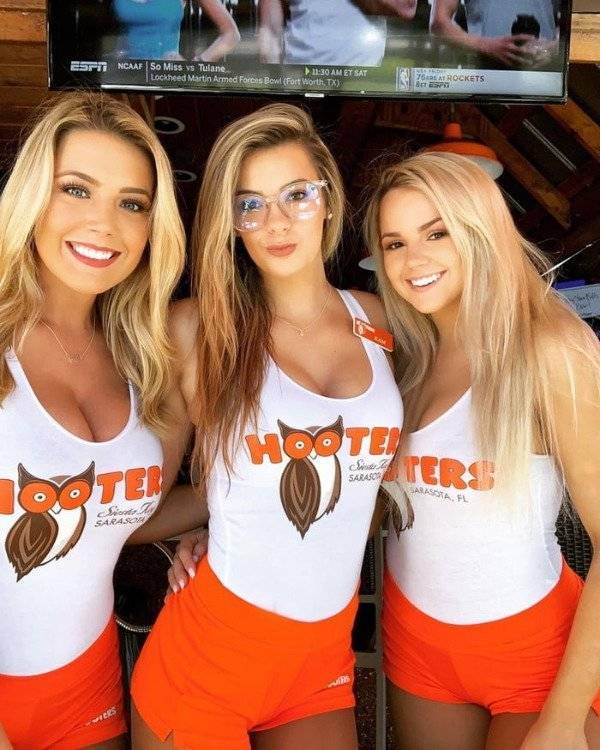 "In our location, you got two weight warnings and then you were fired. If you got pregnant, though, they had special uniforms." 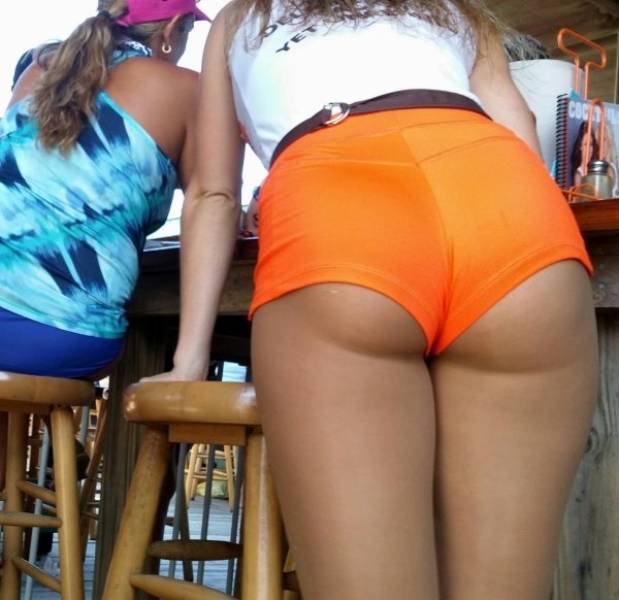 "The tights we had to wear were SUPER flammable — to the point where those of us in uniform weren’t allowed within a 10-foot radius of the grill." 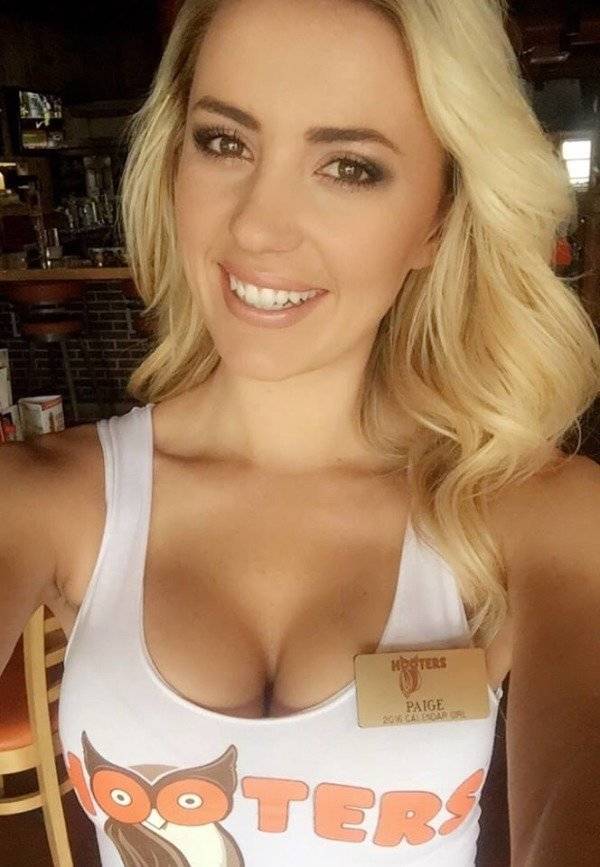 "I applied there years ago, and I got the job. And I’ll never forget how the manager asked me what size uniform I want — I said a medium should be OK for me, and he replied, ‘No, I’ll give you a small.’ He also took a photo of me and when I asked why, he said this would be a reminder that if six months from then, I ‘changed,’ he’d show me this photo of the person he hired."

"For those of you who haven’t had Hooters wings, they can leave you feeling quite gassy. All of the girls would joke about how they would often crop dust (fart and walk away) while serving on the floor after chowing down on wings in the break room. Maybe that’s why the place never smelled that good!" 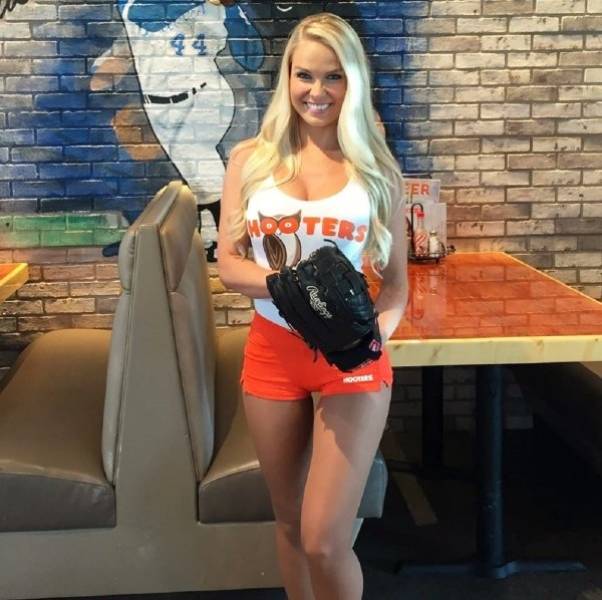 "A lot of us HATED doing the big birthday, bachelor party, divorce party — yup — announcement and song. If you were willing to do it, you could make extra tips because girls would literally pay you to do it for them so they didn’t have to!"

"I made more on one UFC night than most of my friends made in two weeks at their jobs. WWE nights, however, were usually a bust — customers would sit in your section for four hours, order a water, and leave maybe a dollar tip. UFC fans are better than WWE fans!!!" 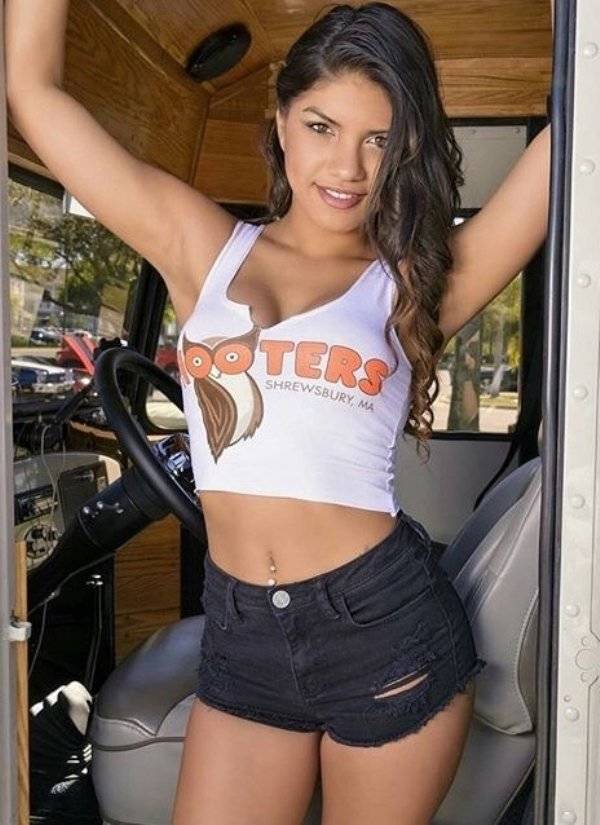 "If your tights were ripped before your shift, you had to buy new ones out of the vending machine. If they ripped on shift, you got a new pair for free and had to change right away. I would always try to hide my rips until about an hour into the shift to get a free pair. I would also always ask the guy who refilled the vending machines for a couple of pairs and he always came through."

"We used to keep a ‘Wall of Shame’ in the kitchen with creepy notes or phone numbers guys would leave. Eventually, a new manager we had made us remove it, but it was a great laugh for the girls on a bad day." 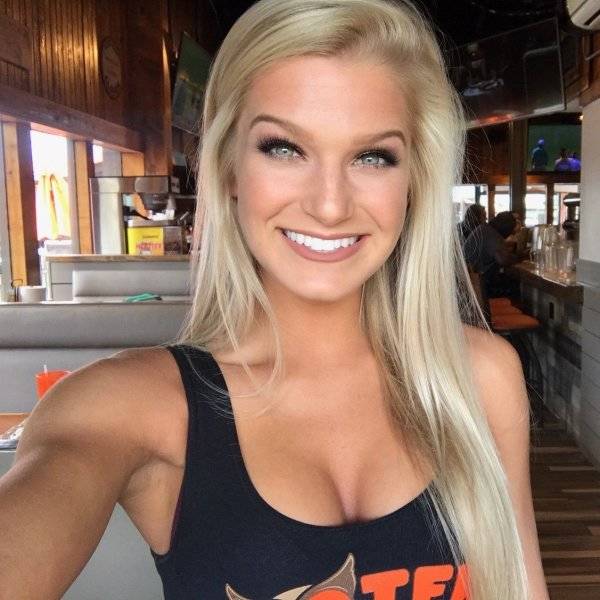 "I didn’t mind the flirting with tables filled with guys — it was always the couples coming in that made me uncomfortable. I had my fair share of couples looking for a third for a night." 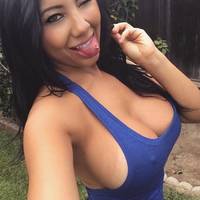 Retta 1 month ago
#25 I would try as well if she was our server!
Reply