"My boyfriend was just playing around with my boobs, while we were lying in bed. He had recently discovered that the noise they make when he blows a raspberry on them was entertaining. During one, particularly powerful raspberry he ended up blowing his nose. In my cleavage. He was completely horrified but the look on his face was freaking hysterical. All in all, it was quite gross but also very funny."

"Sleeping with a bigger girl, my thighs slapping against her butt activated her bedroom light clapper each time I thrust.

It ended up being like a rave at the end."

"I told my SO to make the bed shake. He ended up grabbing the bed post pushing it back and forth with all his might. He looked so ridiculous that we just collapsed into a fit laughter, and cuddled. "

"My gf asked me to shave her lady business. Which I did and then used my beard trimmer on her landing strip.

We started fooling around afterward and I went down on her only to discover that I had not successfully removed all the trimmer clippings.

Pft. “What?” “I got a hair in my mouth.” Pft pft pft pft “Oh god, the clippings!” Pffffffffffft. She’s rolling on my bed laughing as I run to the bathroom to rinse out my mouth. "

"I have 2 mini potbellied pigs as pets, The (now ex) girlfriend and I got the a few years ago and up until a year ago, they stayed in bed with us, which often got in the way of… you know. Well, one night her and I are getting frisky and we start to go at it, pigs on one side of the bed, us on the other. I’m on top and I guess things got to the point where the pigs woke up and one came to investigate. we push him away and he wanders to the foot of the bed, where I thought he laid down.

Seconds later, I get a pig nose in the butt. I immediately stop and pull out, while laughing. This scares the pig, who then goes under my legs, and over my girlfriend, apparently stepping on her lady bits as goes by. Remember, pigs have hooves, not the most comfortable thing to experience I’m sure. We couldn’t finish for obvious reasons, and we started putting them in a separate room at night after that, also for obvious reasons. "

"At my girlfriend’s house, staying round after a house party there. Mate and his new girlfriend are staying downstairs as well. My girlfriend and I are at it and I’m handcuffed to the headboard of the bed. Knock on the door and my mate comes in asking if we have any condoms. He’s never looked at me the same since. "

"This happened when I was a freshman at college. I had just started a new leg workout that day and my legs were very sore and stiff. Me and my ex girlfriend were getting intimate on her dorm room bed, which was very small and about five feet off the ground. When we changed to doggy style, I felt this horrible pain in my leg. I had pulled a hamstring.

In a move that I still question to this day, I completely straightened out my body to relieve the intense pain. I can only describe this as a sudden involentary change to a superman pose, causing me to shove my ex girlfriend completely off the bed, and down five feet to the ground. She was ok, but needless to say, I did not get to finish that day. "

"Let’s see, I was visiting my home town one day and stayed at a friends house. There had been sexual tension between us for years and a lot of going back and forth but nothing would ever happen. I spent the weekend there so it basically turned into sex morning and evening. One night we’re in our post coitus cuddles when he starts getting playful and hops on top of me and goes limp.

(I am quite small so this left me trapped.) So in the spirit of play I start bucking around and flip him right off the bed into the wall with a picture mounted on it. So he’s naked, bare ass up, stuck in the hole between the bed and the wall and showered with freshly broken glass. He was alright, it just looked like some Ben Stiller in a romantic comedy fiasco. He decided to sleep on the couch after that. "

"Met this girl while I was on a work trip with a couple days to kill. We went back to my hotel room and were getting it on. I was doing her doggie style on the hotel bed and she was grabbing onto the edge of the mattress with both hands.

I was giving her hell when all of a sudden both her hands slipped off the edge of the mattress and she fell headfirst into the gap between the bed and the wall, getting stuck there upside down, naked, legs all akimbo, head stuck under the bed. I tried to help her out but I couldn’t stop laughing long enough be of any service. Hilarious, and more sex after. Good times. "

"Accidentally told my girlfriend to “fuck my pussy” during sex. No idea how that slipped out of my mouth. She was on top and had to lay down on the bed in the fetal position she was laughing so hard. "

"When the wife and I were first dating. She was on top and I went to spank her. She moved up too much and I proceeded to slap myself square on the base of my balls. She proceeded to laugh uncontrollably while I was gasping for breath and writhing in pain.

This was also the same week that during sex, her wooden bed frame decided to shimmy apart. One side crashed down and we both rolled off. "

"For my last birthday, my boyfriend and a couple of friends went out for some drinks to celebrate. We both give each other the eye and knew it was going down. So we immediately raced home and as soon as we get in, clothes start flying off. Mind you, we are both extremely intoxicated, but we still start going at it. Starting in missionary, we decide to switch to girl on top.

I was so drunk, when I sat up to get on top of him, I fell off of the bed onto the floor knocking everything off of the bedside table including the lamp, phones, wallet and water. I also nearly fell on his drum kit. Apparently, I had blacked out momentarily because I didn’t remember actually falling. My boyfriend is in hysterics and I just sat on the floor confused. Needless to say, he still won’t let me live that down -_- "

"Me and my ex were going at it in Doggy style. As most of you know, if you do it wrong there gets air inside of the vajayjay. That happened to me, and somehow I bend over so all of that air goes out in a big massive fart. I spring up so fast that I headbut him with the back of my head and send him flying off the bed, And he was stuck there for 10 minutes. "

"I kneed him in the balls and we fell off the bed, accident.

We finished on the floor, after he regained composure. "

"My girlfriend and I were having come drunk sex last week, doggy style when she decided she wanted to sit up. At this point, my knees slipped off the side of the bed and sent my face flying forward as her head was coming backwards. I smashed my mouth straight into the back of her head, put my tooth through my bottom lip and proceeded to bleed all over my girlfriend, myself and the bedroom floor. "

"One time, in the middle of my boyfriend and I doing it doggy style I had to sneeze. I regrettably tried to use one of my hands to cover it, and in the process lost my balance. My boyfriend thrusted me, face first, into the t.v which resulted in lots of pain. " 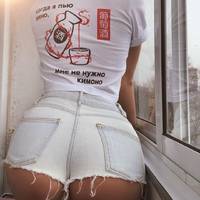 Pelegrine 1 year ago
The guy saying fuck his pussy when his girl was on top riding the pony. You were just making the role reversal more realistic. Come on who has never wondered what trading places would be like just for a day. It scored well as movie.
Reply