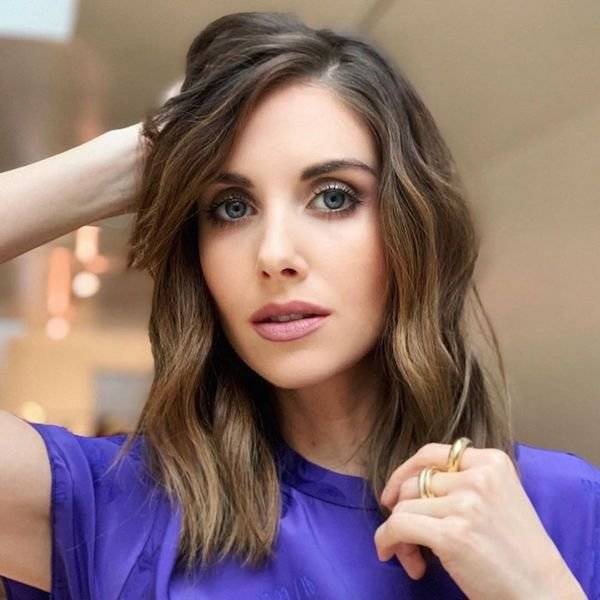 Alison Brie Schermerhorn was born on December 29, 1982 in Hollywood, California. 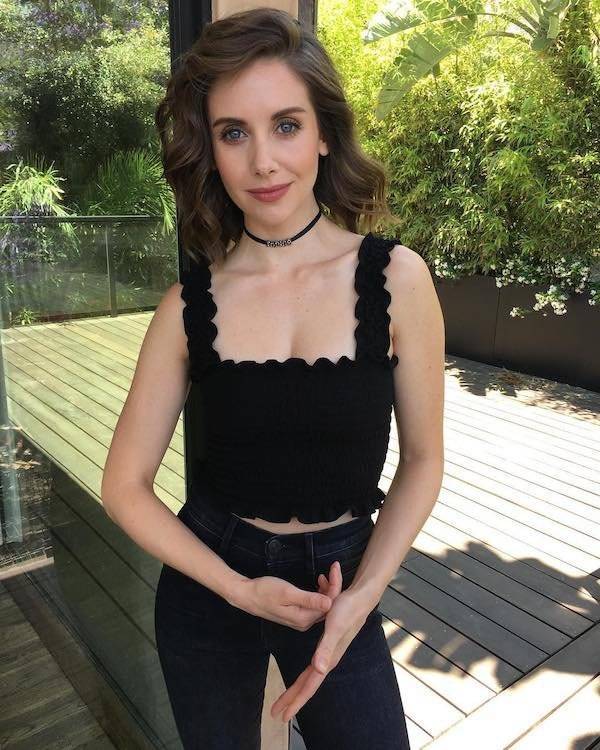 Her father, Charles Terry Schermerhorn, is a musician and entertainment reporter. Her mother, Joanne Brenner, works for a non-profit with children.

Her first acting gig was as Toto, Dorothy’s dog in a stage performance of The Wizard of Oz. 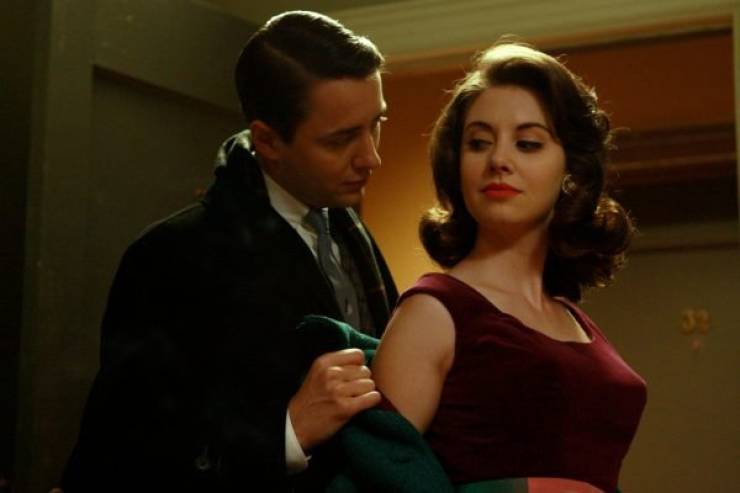 The actress landed the part of Trudy Campbell on Mad Men while playing Ophelia in a production of Hamlet.

Alison worked as a clown for children’s birthday parties while in high school. The company was based in Compton and her clown name was “Sunny.”

Alison apparently spent a lot of time naked while attending California Institute of the Arts. She once swung from a tree naked outside her dorm to cheer up her roommate. 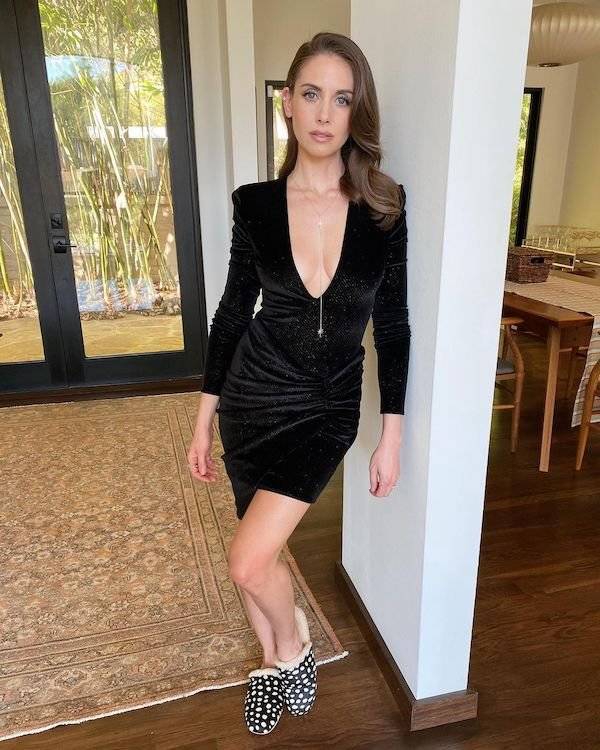 After graduating from CalArts, the actress attended the Royal Scottish Academy of Music and Drama in Glasgow. 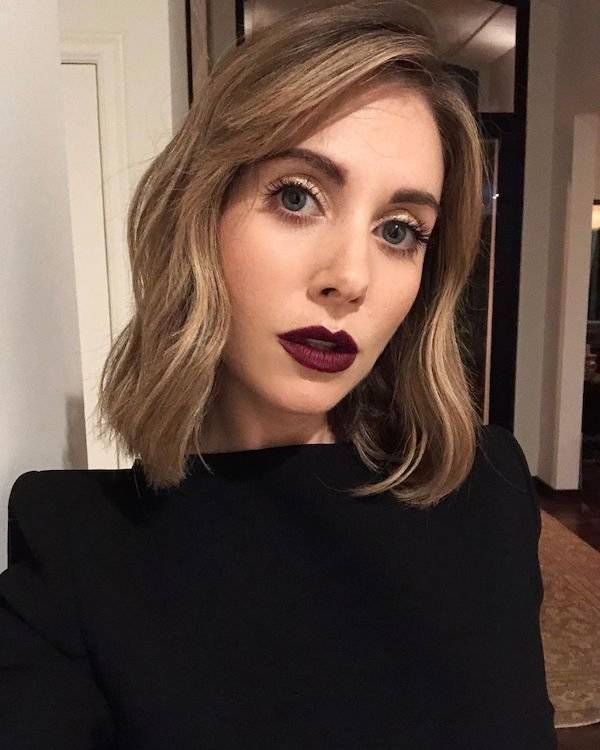 The actress likes to listen to rap when she’s pumping herself up for auditions. 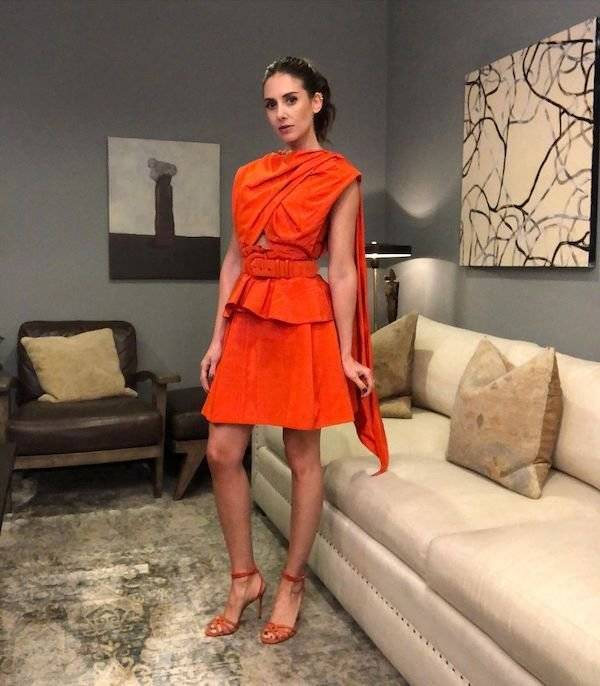 One of her hobbies is shooting guns at the L.A. gun club. An old Texas boyfriend got her into it. 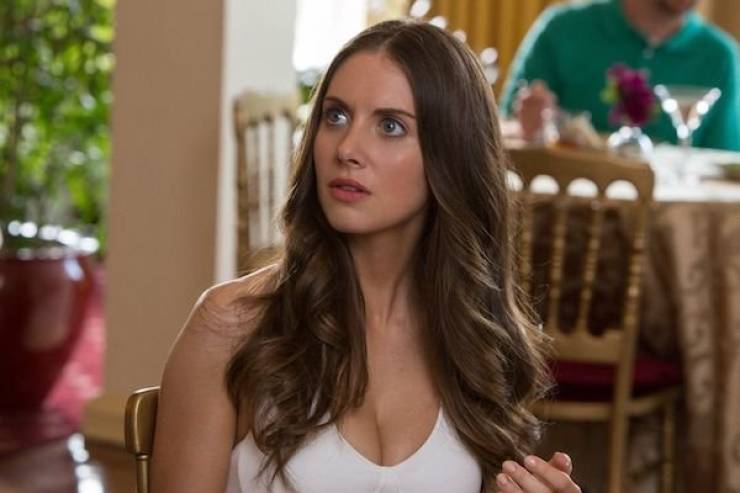 Brie put on a lot of shows for her family while growing up. Once, she did a fake ad for ‘edible weiners’ while wearing a trench coat with a hot dog taped to her leg. 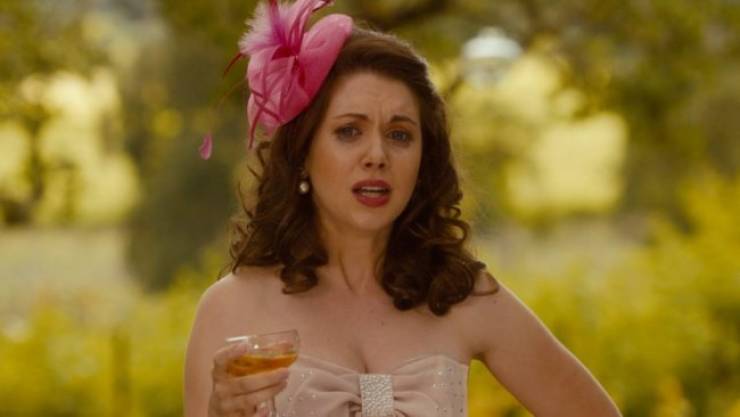 Brie’s British accent for The Five Year Engagement was so convincing that the director, Judd Apatow, thought she was actually British.

Alison Brie and her Community costar Gillian Jacobs did a Bettie Page style photoshoot for GQ in 2011… It left people wanting more. 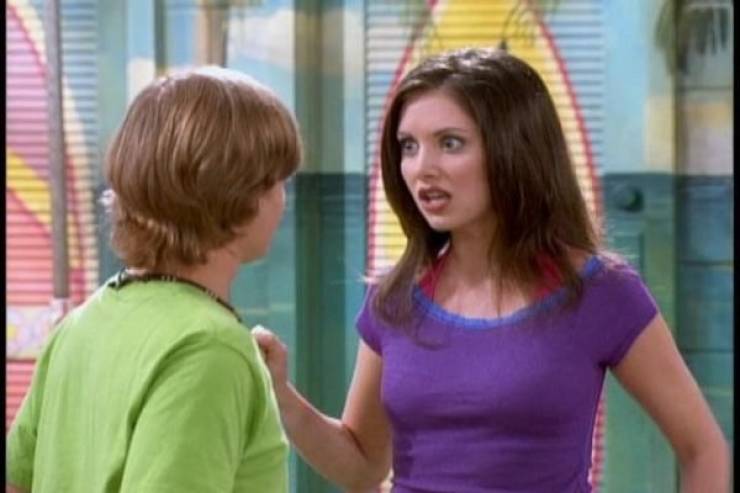 Brie made her acting debut on an episode of Disney Channel’s Hannah Montana back in 2006.

Brie played a different sort of character in the 2015 comedy Get Hard. The actress played, Alissa Barrow, the gold-digging fiancé of Will Ferrel’s character. 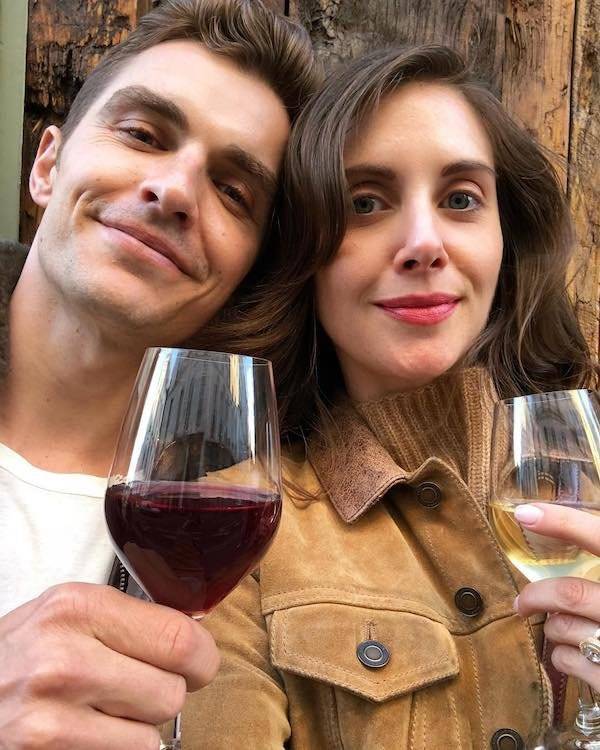 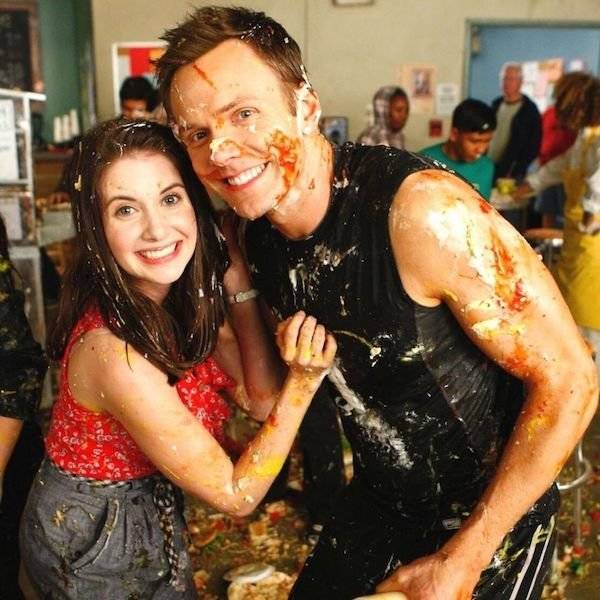 In 2009, she was offered the role of Annie Edison on Community. 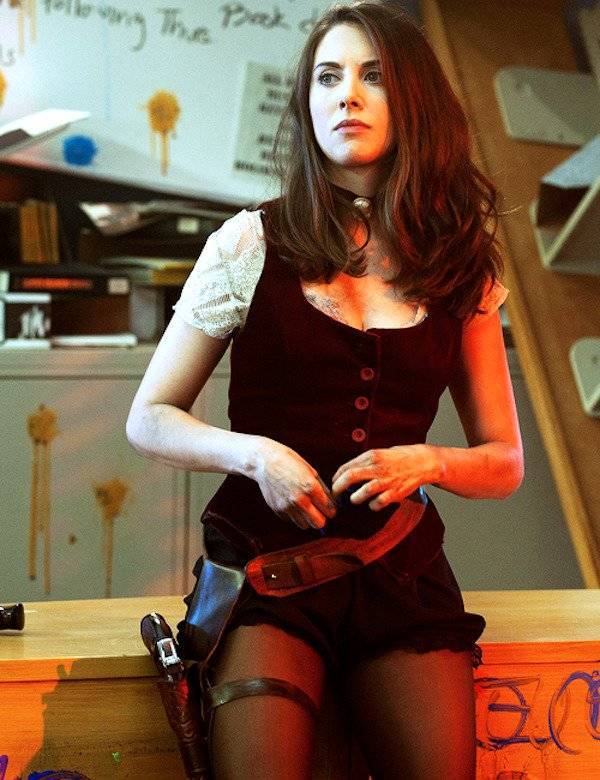 Some days the actress had to film for Community and Mad Men on the same day.

She’s a member of a cover band called “The Girls.”

She’s appeared on several “Most Beautiful” lists over the years including “100 Most Beautiful Famous Faces In The World” four times. 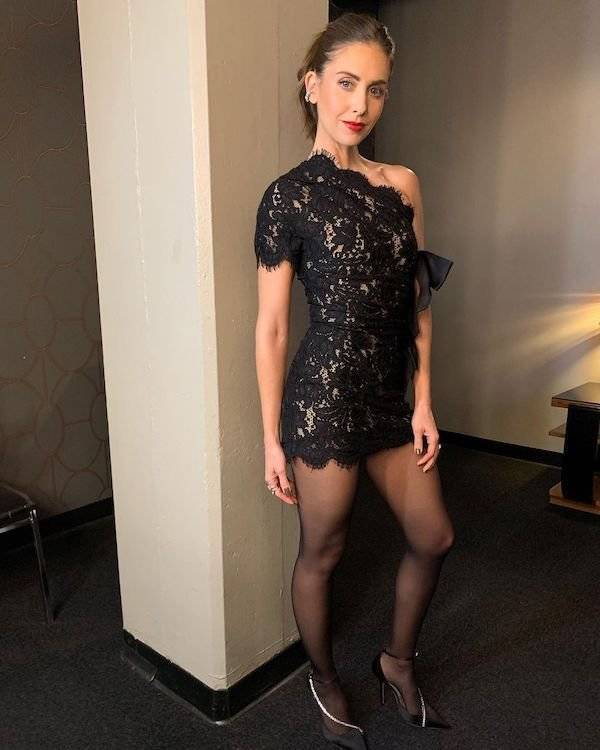 Brie originally wanted to be a stage actress, but now loves being on screen. 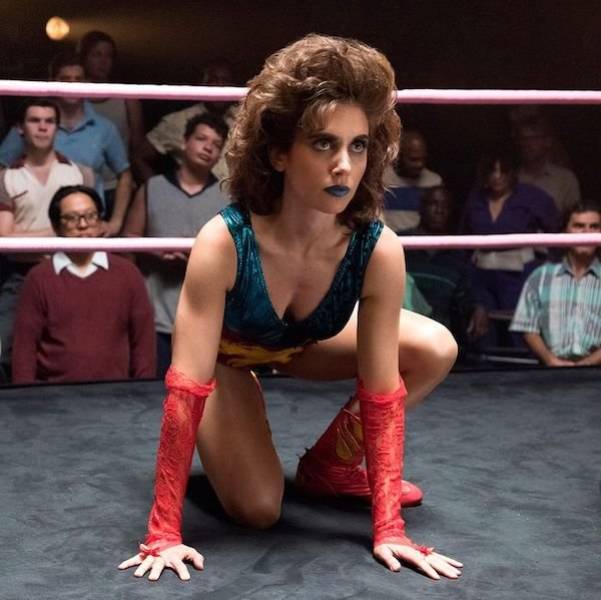 Brie starred as Ruth in the Netflix original show GLOW, but almost didn’t get the part. Producers told her the role wasn’t right for her, but she fought for it and went through four auditions before getting cast.

Brie does all of her own stunts, which is pretty awesome considering some of her scenes on GLOW. 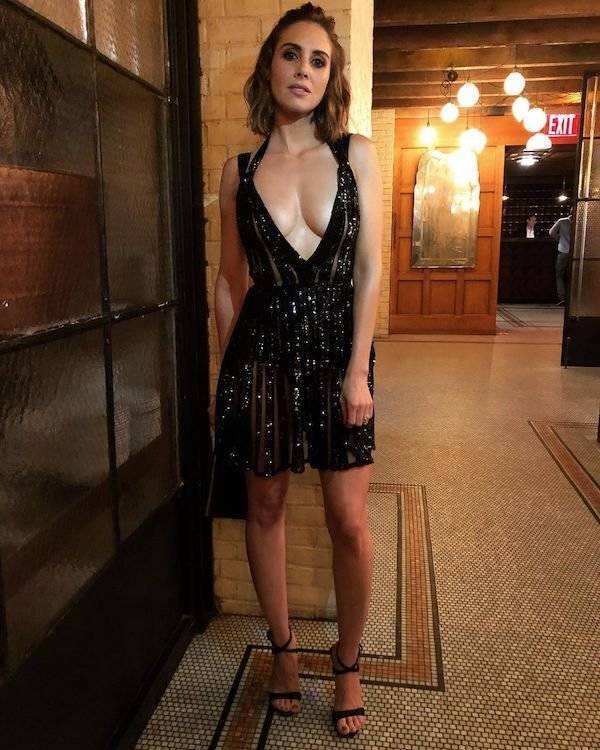 The actress said that her and husband, Dave Franco, are focusing on their careers and don’t plan on having a family. 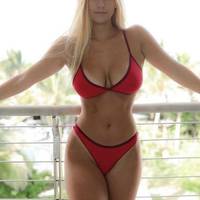 Debbie 1 month ago
You forgot an extremely important fact: she has an absolutely gorgeous set of hooters 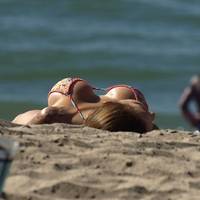 Ever see her in GLOW and Horse Girl? Those Tata's are mouthwatering! 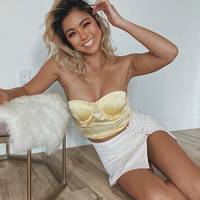 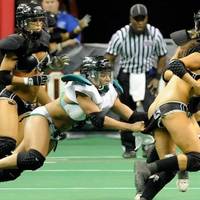 Arminta 1 month ago
who?
never heard of her, Oh she was in mad men, didn't consider her hot
Reply