"My brother was propositioned on the street. Van pulled up to the bus stop and a guy got out and started talking to him. After a few mins the guy asked him if he would have like to have sex with the woman in the van, whilst he watched. He’d be paid for his time if that helped seal the deal

He decided he liked his kidneys too much and declined"

"Was walking in New Orleans outside of downtown. Car pulls up next to me and passenger says “hey man…you want to make some money?”

I just said “that sounds like a job, and I am here on vacation, hence i have a personal ban on doing anything resembling work”. They laughed and drove away."

"I was a junior nurse working a mental health rotation in a young adult unit. Went to give this 20 something year old girl her meds and she says “I don’t want that. I want your vitamin D. Get naked in my room and I won’t tell”"

"I was working as a pizza delivery driver. A beautiful woman answered the door wrapped in a sheet, held up by being tucked under her arm-pits. When I handed her the pizza, she reached out to take it with both arms, dropping the sheet. She was 100% naked. She waked back inside, door still open, put the pizza on the table and invited me in.

I wanted to keep my job, and my girlfriend, so I politely declined."

"Was sitting in a park drinking couple beers with friends, then some random drunk girls walk up to us and we get talking, except for one. She just whispered 2 sentences to one of my friends, and they go behind the bushes and she starts blowing him."

"Was invited to a NYE party at a highrise near the Space Needle. It was popping off. Wanted to go to my car. For some reason, my friend and his gf thought the mirrored elevator was a good place to jam. Wrong. Doors open. People staring at you is non-porn at that point."

"Hotel receptionist walks in on you having sex with your girl and offers you drinks when you check out. That experience will remain in my head rent free, forever."

"Alright, my wife is bi and we spend a lot of time in LBGT friendly bars (not in the last year or so, but you know…) where we run into interesting people. A girl we were talking to said she was having computer problems. I am in IT and it was just kind of a joke. I said “Sorry, I dont have my tools”. She just looked at my wife and said “He left his dick at home?” I thought this line had lead to a threesome, but apparently the two had been discussing the it for some time. I was out of the loop and had been missing what they were putting down for about an hour."

"I went on a work trip to Vegas; I was the only one under 21 so was automatically made the DD. Our rental car was a ford econoline van and we were stuck in traffic on the strip. One of the guys slid the door open and yelled “bang bus!” and two women got into the van. Everyone in the van was pretty shocked anyone actually got in."

"I HAVE ONE! When I moved in with my step-mother after graduating HS, the neighbor boy was SO GOD DAMN FINE. He did landscaping for the neighbors and had a pool that his mom said I could use whenever I wanted. You can see where this is going, I put on my skimpiest suit and planned to layout and float around while he mowed the lawn, watched him get all sweaty and invited him in. When I asked if he wanted to mow my lawn, it worked. We slept together the whole summer before we both went away for school."

"Got home from work about a half hour after my roommate at the time (we worked together) and see 5 other people in our apartment (another guy we worked with, his wife, and best friend) and 2 ladies I’d never seen before.

I was in the house less than 19 minutes when my roommate, the guy we worked with, his wife and best friend all went outside to have a smoke.

Thats when the 2 ladies got up, walked into the hallway, asked which bedroom is mine, and walked into the room I pointed at. I got up to see what they were doing, and I was pushed into my room and told we were having a 3-way.

And that my friends., Is the story of my first 3way" 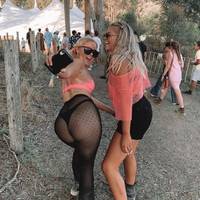 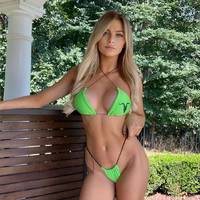 salamoon 1 week ago
#1 #6 too good to be real... must be a catch somewhere and 99 percent of normal men would refuse...
Reply